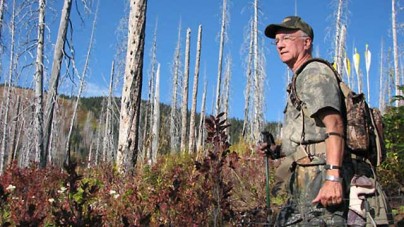 Hunting is important to millions of Americans for a variety of reasons. Obviously the meat obtained provides healthy food, and for some families it is the only meat they can afford. Hunting is important for other reasons as well. It can be a good family activity and it provides a reason for healthy exercise in the great outdoors. But there are financial costs to hunt, just as there is for everything that we do. One cost is for a resident or non-resident hunting license. A recent yearly survey done by the National Shooting Sports Foundation shows that the average cost for a resident hunting license is only $21.36. Very inexpensive for the recreation you get.

The state with the highest resident license cost was California. Why are we not surprised? Next was Washington at $40.50, then Arizona at $37, and Utah at $34. Lowest cost for a resident license was Georgia, Missouri, and Hawaii at $10, followed by Michigan at $11 and South Carolina at $12. The average cost for a non-resident license was $117.09, with Texas ($315), Mississippi ($300)and Tennessee ($251) taking the top spots. Senior citizens get to hunt free in a number of states but in 32 states seniors pay an average of $13.46 for a license. Most of those states only charge $10 or less for a senior license and the probable reason is so that the state can get the $3 to $1 rebate from the federal excise tax paid by hunters on hunting equipment. States that let seniors hunt for free miss out on that money and it is substantial. I’d gladly pay $10 for a senior hunting license knowing that it would bring three times as much into my state wildlife agency for management. Disabled Armed Forces Veterans do not have to buy a resident license in many states but 16 states charge an average of $8.13 for such a license. Again, the reason they charge even a minimal amount is so that the state gets the Pittman Robertson Excise Tax money provided to states based on license sales.

Ninety percent of all states have some type of white-tailed deer season, 98 percent have a turkey season, 64 percent have a black bear season, 46 percent an elk season, 28 percent have a bighorn sheep season, and 20 percent a moose season, The five states with no hunting population of whitetails are California, Nevada, Utah, Alaska and Hawaii. The average number of days one can hunt whitetails in all states is 121. The state that allows the most days to hunt whitetails is Virginia at 233, followed by Florida at 212. Sort of a surprise with Florida but it probably has to do with the varying time of the rut found from northern Florida to southern Florida. The timing of the rut varies by months in parts of Florida. Thus, you can hunt deer in one area during the rut, then hunters in another area may hunt the rut as much as two months later. Add it all up and you get lots of days to deer hunt depending on where you are in Florida.

The average number of bear hunting days is 102 with a range of 6 days in New Jersey to 365 in Alaska. Elk seasons average 120 days and turkey seasons average 101 days. Oh yes, you can hunt alligators in eight states. The state with the most huntable big and small game species is North Dakota with 42 species, followed by Arizona and Texas with 40, Utah and South Dakota with 39, Kentucky, Idaho and Alaska with 35. All types of recreation have costs, so let’s do some comparisons. On average, 10 days of hunting turkeys near your home will cost you $39.00 (license $19, tag $10, ammunition $10). Grab your gun, grab your turkey calls, and go. Once in the woods there are no fees. Pack a sandwich because there are no food stands out there. Just you, nature, and some wild turkeys. Tons of recreation for very little cost. Go to ten movies and someone figured the cost would be $180.00 (ticket $7.50, popcorn/soda $10.50). Go to 10 major league baseball games and the cost will be around $575 (each ticket is $27.93, parking $15.09, beer/soda/dog $14.43). Play 10 rounds of golf and you’ve spent $726 (green fees $60.55, balls $11.99). I’m sure these figures vary depending on a number of factors, but you get the idea. Compared to other forms of recreation, hunting around your home is very cheap recreation.

Feral hogs are a bit of an anomaly in that they are fun to bowhunt but most states hate them because they have lots of diseases (an estimated 30 diseases and 37 different parasites and 8 of those can be transmitted to humans) and they do lots of damage to habitats. In fact, the estimated 5 million wild hogs running around the country do an estimated $1.5 billion in damage every year. In most states they are considered an invasive species and can be taken any time. There are 34 states with huntable hog populations and only Maine, Vermont, Massachusetts, New York, Maryland, Delaware, Minnesota and South Dakota do not have huntable hog populations. Just wait and they will be there too. And once they are there, bowhunters will have a great time hunting them. And guess what? It won’t cost you an arm and a leg.