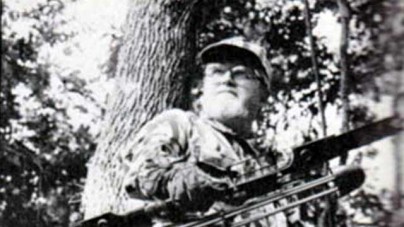 Roger J. Combs, remembered by many in the archery business as the longtime editor of one of the sport’s longest-running magazine titles, Bow & Arrow Hunting, died Thanksgiving Day, Nov. 27 in Fallbrook, Calif., after succumbing to cancer. He was 82.

It was difficult — scratch that — impossible to have known Roger Combs and not realize he was — first and foremost — a proud former U.S. Marine. He began his military career in 1951 as a Naval Seabee, followed by a short hitch in the U.S. Air Force. In the Marine Corps he rose from Private to Chief Warrant Officer 4, serving two tours in Vietnam — where he received (among others) the National Defense Service Medal, Joint Service Commendation Medal, Air Medal, Vietnam Service Medal, Vietnam Cross of Gallantry, Good Conduct Medal, Vietnam Campaign Medal and the Pistol Expert Badge.

In 1975, following nearly a quarter century in the military (much of it in the media), Combs began his second career with Gallant–Charger Publishing in Capistrano Beach, Calif. Among the magazine titles he contributed to were Gun World, Horse and Horseman, and Fishing & Boating Illustrated, though most of his work took place with Bow & Arrow. He began as B&A editor in the late 1970s and accompanied the title to Y-Visionary Publishing of Anaheim, Calif. when it sold in 1996. He retired to become a full-time freelancer several years later.

In addition to his archery writing, Combs stood out in his coverage of custom cutlery. Over many years, he profiled top knife makers for periodicals and inclusion in the Gun Digest Book of Knives, published in 1992 and again in 1995. He also authored or co-authored multiple titles for Digest Books — mostly during the 1980s — including Archer’s Digest and Gun Digest Book of Holsters and Other Gun Leather.

With his softcover Crossbow Digest in 1989, as well as articles appearing in Bow & Arrow, Combs was one of the few archery publication editors of the day to actively and unapologetically advance the crossbow for hunting use, while other magazines refused to publish crossbow advertisements and printed anti-crossbow editorials.

In promoting Bow & Arrow Hunting to archers, Combs enlisted the tried and true barnstorming method employed by other publications of the era, loading boxes of magazines in the back of his car and driving to archery events across the country, handing out issues and selling subscriptions on site. He was an annual attendee of the Morman Lake Bowhunter Happening in Arizona every summer, where thousands of archers gathered for competition, camping and fellowship, shooting foam animal targets at unknown distances – years before there were 3D targets and organized IBO and ASA tournaments.

While no doubt many greybeard bowhunters recall meeting Combs at those events, he is likely most remembered by the writers, marketing directors and advertising agents he befriended and regularly worked with over decades.

“There was just something about Roger that one could not help be endeared to,” recalled Rich Walton of Hawk Associates and Bowhunting.net. “He had the rare combination of strength, knowledge, humility, warmth and sense of humor that could tickle your funny bone with just a look. He had an infectious laugh and a twinkle in his eye that just made you feel like you had known him all your life and a sincerity that you knew was real.”

Charles W. (Charlie) Rowe, also a former Marine who worked in the Gallant advertising department, described Combs as having a passion for his work, for the Marine Corps, for his family and for his friends.

“Roger was a great friend and mentor during my years writing for Bow and Arrow Hunting,” added Stan Chiras. “He was always upbeat and inspired me in so many ways.”

Beyond his work and military service, Combs enjoyed hunting, fishing and backpacking with his family. He also shared his love of archery with hundreds of Fallbrook 4H club members, many who have remembered him with thoughtful online tributes. He also enjoyed gardening and raising animals and was involved with Guide Dogs For The Blind.

Combs is survived by his widow of 55 years, Jean, 4 children, 7 grandchildren and 2 great-grandchildren. Interment with full military honors is scheduled to take place Dec. 10 at Fallbrook Cemetery.