by Robert Hoague
in Bowhunting Blog, Deer
1 0
A A
1 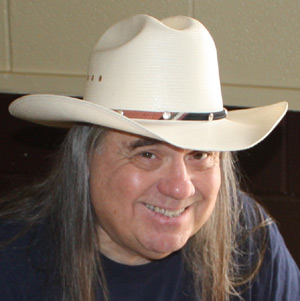 For me, this year’s spring and summer scouting was very exciting. In particular, I got onto two extra fine bucks for my area.

But before I get to them I want to talk about my hunting area. This is a Texas cattle ranch, open range territory. It’s cedar breaks mixed with oak and elm trees, adjacent to a winding river (that dries up frequently). Oat and wheat crops are planted next to the river.

This is 8-point rack country and half of the adjoining 8 propertie that border my 1,000 acre hunting land are hunted hard via the “.306 if it’s brown it’s down” method. (Of course, how they hunt is their own business as long as their harvests are legal.) However, that train of thought makes it difficult for young bucks with potential to grow up big. And the mature bucks, — I call these bucks “Weavers” — have to weave through the surrounding maze of deer feeders and gun stands … unnoticed … to get to the important ages of 4 1/2, 5 1/2 and 6 1/2 years when they make the change to those larger bodies and extra high, wide, tall and a bit thicker racks.

But some manage it.

Even in July this 10-pointer had an eye catching rack, with 9 points and the promise of a 10th point. Notice he has his redish spring coat and his neck and body are thin, but that is usual this time of year..

And if you’ve followed any of my online deerhunts since 1996 you may remember some of those heavy bodied, mature “Weavers”, like July’s Big Boy, Black Face, The Freak, Broken Tine, Triple Kicker and Number 9. I managed to find these illusive Weavers because; I live in the area and have more time to put into the scouting, as well have more interest in locating mature bucks than most hunters around here. Plus, I throughly enjoy taking pictures of them and other area deer. Ok, lets move on.

This year two bucks really got my attention, the Y2K buck and a big 10-point. You’ve probably seen pictures I took of them in velvet. I normally plant a food plot nearby where I can keep track of deer easily. My spring plot had a short life before the sun burnt it up. But the small clover and alfalfa plot that my neighbor plowed for me the week before bow season is doing just fine. (Some rain was a big help.)

On July 17 I took the first picture of the buck I named Y2K, because of his “Y” shaped brow tine. Again, we’re talking reddish coat, skinny neck and slimmed down body./i<>

Y2K looked like this in late August. His tines are longer and they have stopped growing and he has a few kickers. His coat is changing
colors and he is still a little thin.

Above, is Y2K right after he shed his velvet. His high rack is looking good, Notice thaty his coat is darkening and his neck is already
slightly thicker.

The 10-point was a big fan of my deer nutrition project and hammered my Insights Nutrition “Buck Draw” and it packed the weight on him and enhanced his rack. In early September I ran out of the Buck Draw and he surprised me because I stopped seeing him around. Y2K was a Buck Draw kind of buck as well.

I took lots of pictures of the 10-point and the Y2K buck, beginning July 17. And in September, with their new hard antlers, Y2K and his buddy bucks A-Frame and Kicker 8 gave my camera some thrills.

As each day passed before opening day I was more stoked than the day before.

Several people have told me that Y2K has a very narrow rack. But that is because of the length of his tines and the high rack shape of his
antlers. As you can tell from this picture that Y2K rack is definitely outside his ears, as well as wider than his body.

And here is a pic I took or Y2K a few days before the season began, he’s in my freshly plowed food plot. Notice that his G2 antlers
go up almost to the top of his front shoulders. And it’s also obvious in the picture that he is putting on weight fast.

It’s the wide 10-point in late August. His coat is getting darker, that bump on his left antler turned into a 1th point, and he is definitely thicker and heavier. That is my Buck Draw container in the bottom right and he was a big fan of that. Shortly after this picture my Buck Draw supply was used up and the 10 point stopped visiting my area.