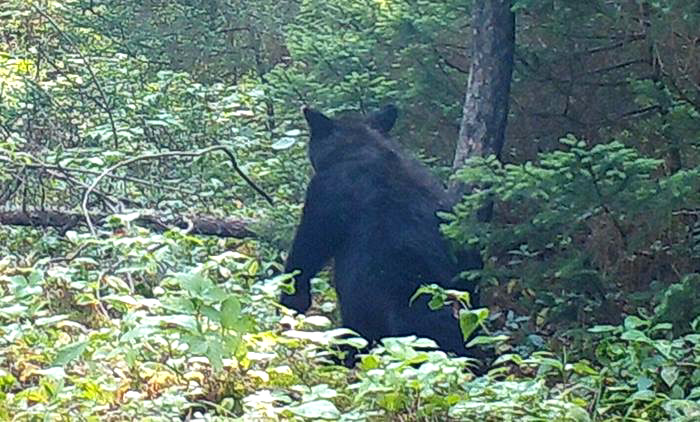 Back in the 80’s I started bowhunting black bear with Fred Lutger in Ontario, Canada. In those days Fred took groups of bear hunters on Spring bear hunts. Fred had an arrangement with Canoe Canada Outfitters in Attikokan, Ontario. He supplied the hunters and  Canoe Canada supplied a goodly portion of its massive bear hunting area. I went on the majority of the hunts and became a part of hunt’s organizational team. I looked forward to it every year.

But this hunt was unique, it was Fred’s last  year to put on the hunt. Ten days before the hunt my hunting buddy “the Duck” and I drove to Freddie Bear Sports in Tinley Par,IL (that’s Fred’s store)  and reported in. That night we met Chef Klaus at his restaurant Chef Klaus Bier Stube in Frankfort, IL. We all had a great meal as well as a good time. The Chef, Mike Ditchler, is part of the the bearhunt team.

The next morning we left early for the long drive to our bear camp in Ontario. Once there, we unloaded our sleeping gear and turned in. The next morning we ate an early breakfast. Afterward I took a pic of the sunrise on the lake near our camp. 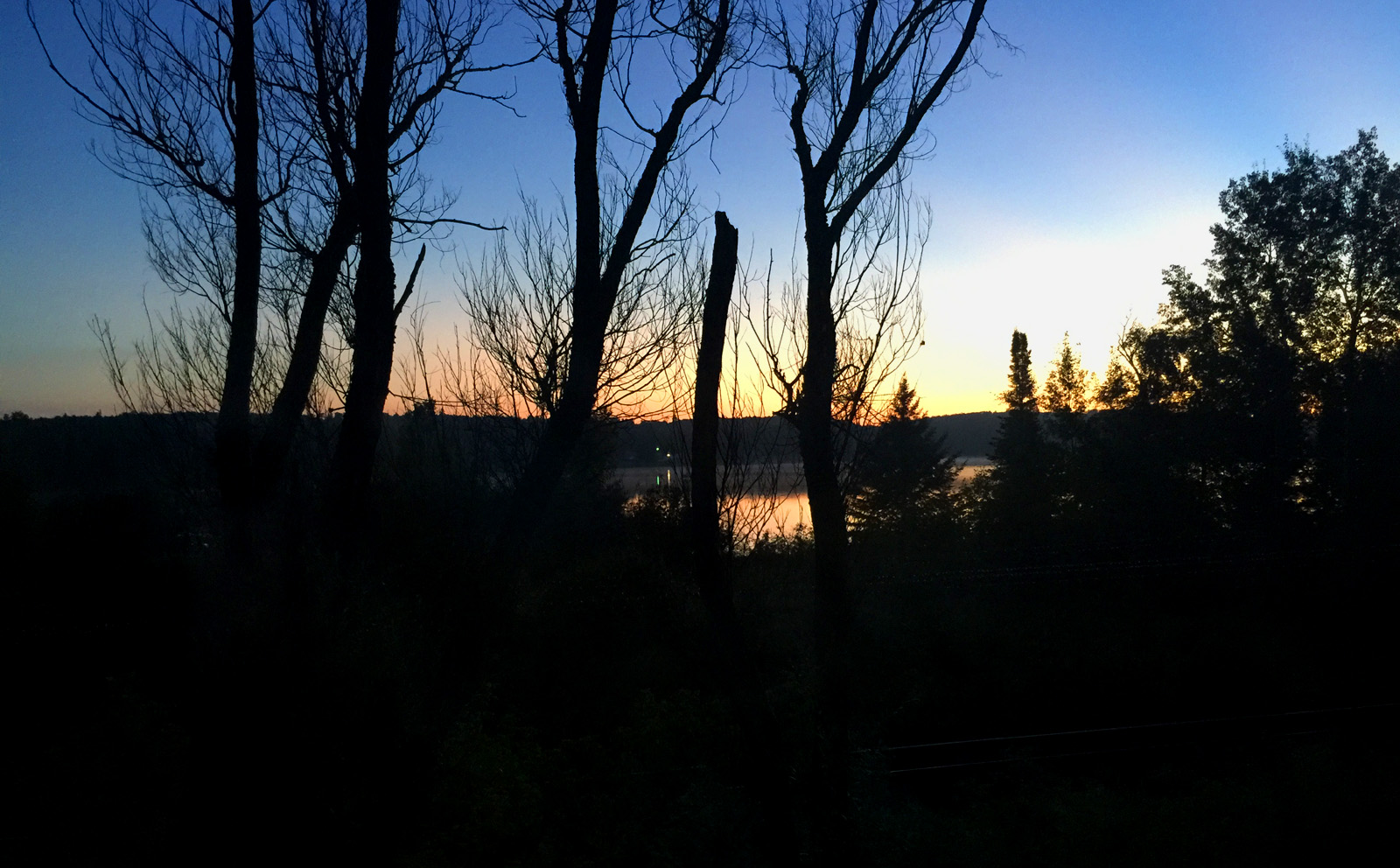 We had a lot to do today. First, we unloaded everything. Since Fred provides the meals and outfits the 4 cabins that make up the camp there is a lot of “everything”. Below is Chef Klause, Fred Lutger and “the Duck”, Don Beckwith. 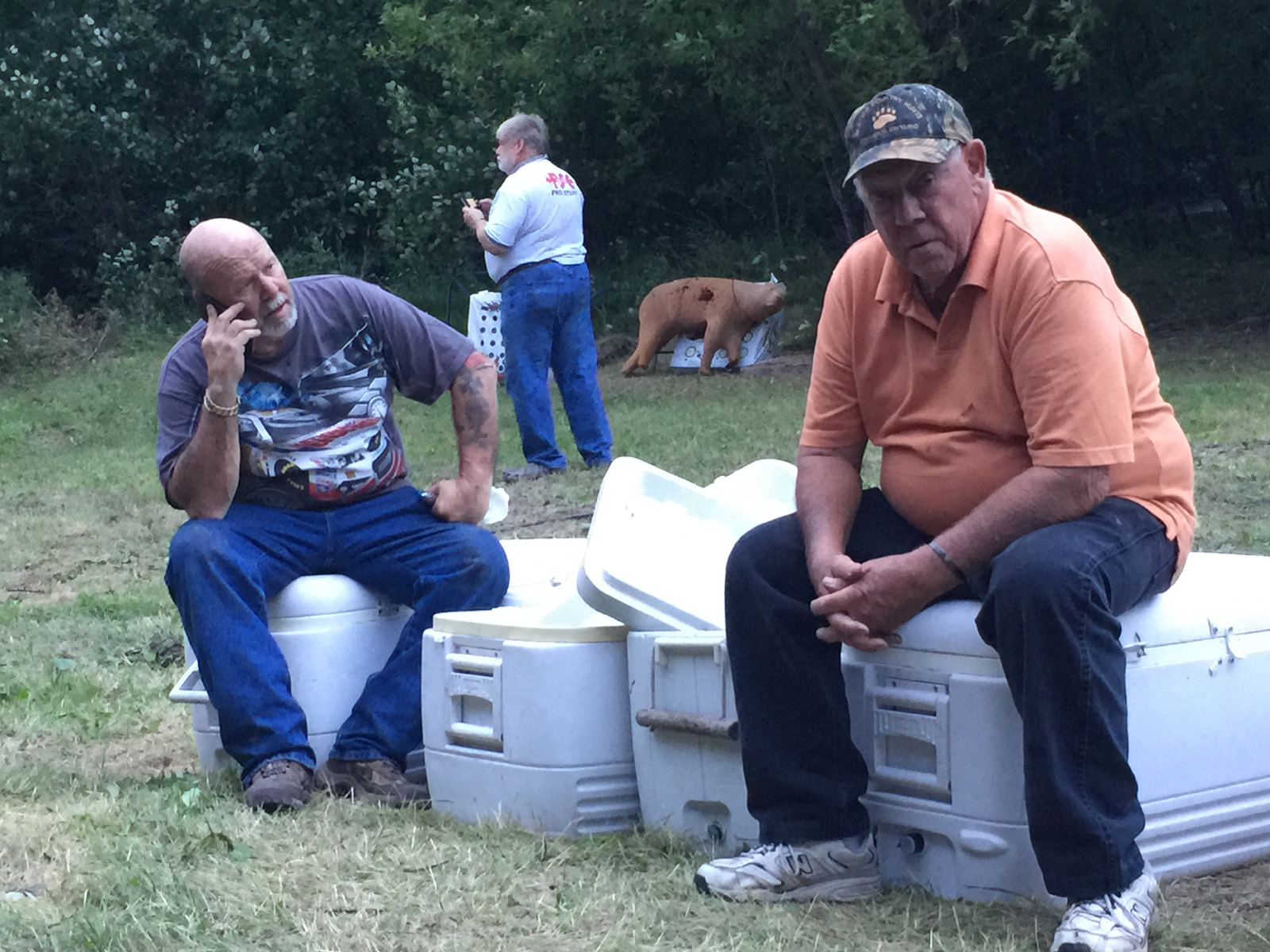 Then we drove to Attikokan and went to Canoe Canada Outfitters where we checked in and purchased our bear licenses. Fred and Canoe Canada’s Sean went over the hunt details. Twenty hunters were coming this year and Sean had over 70 bait sites set up and working. 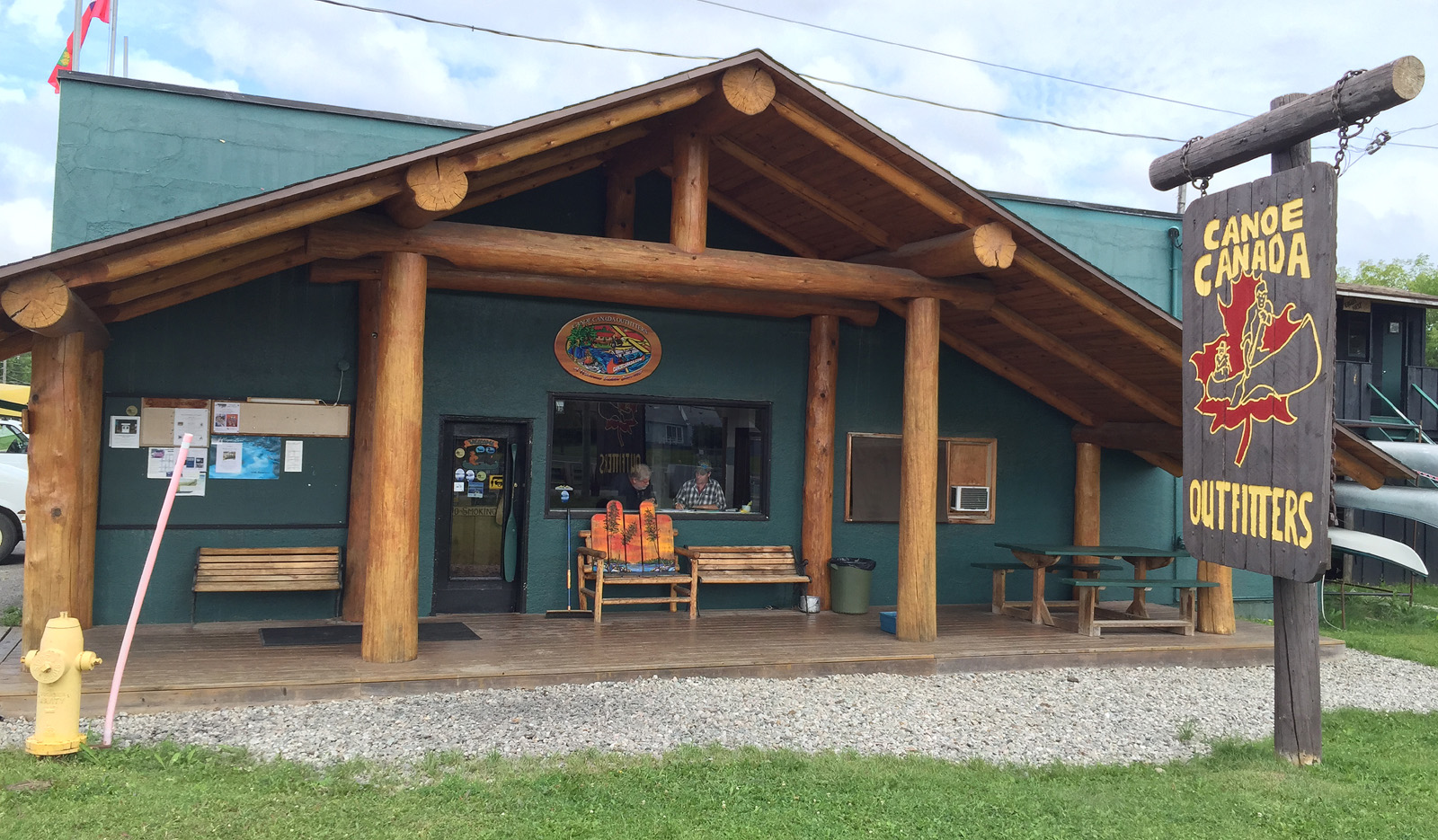 Every year, Canoe Canada Outfitters provides wilderness canoe trips to hundreds of people. These trips are real adventures in the Canadian outdoors, featuring; canoe trip adventures, fishing from Outpost Cabins overlooking beautiful, clear lakes in the White Otter Wilderness and Quetico areas. Canoe Canada is a first-class all the way.

Later on, we returned to bear camp, ate dinner, talked a whole lot, and eventually turned in. Tomorrow the plan was to visit as many hunt sites as possible.  We didn’t know it yet, but that was going to turn out good, very good. And to give you an idea, here is a picture I took of a bear I saw.