While Kirby Knachstedt and his buddies were getting it done in the bear woods, on the opening day of the Ontario bear, season Fred Lutger and I went to the site he wanted to hunt. We got in the Double Bull ground blind and  were ready to go in two minutes. 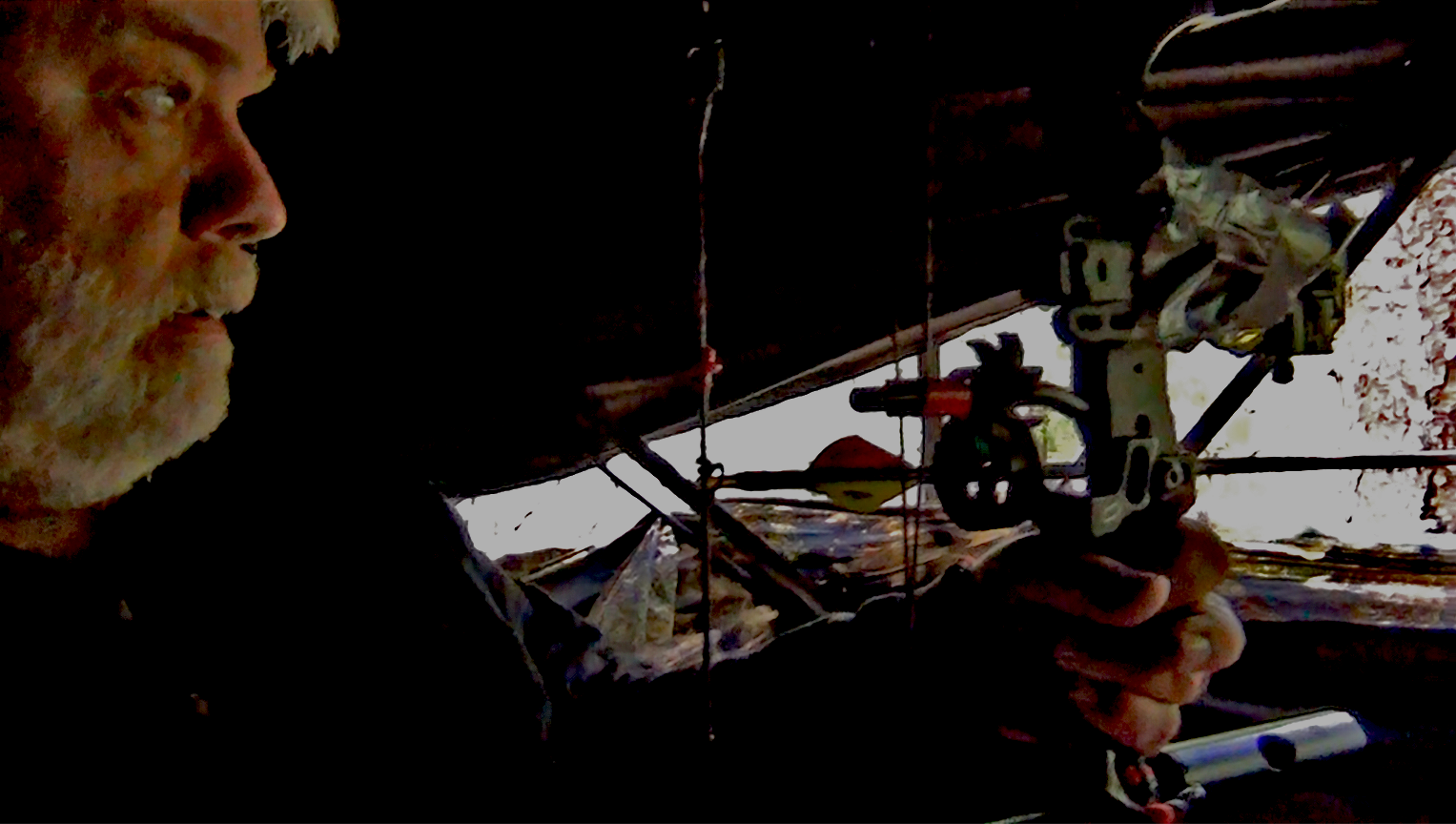 Fred was hunting first and I had video duty. An hour-and-a-half passed.

Over the years my buddy Fred Lutger and I have bowhunted together scores of times and I’ve gotten very good at reading him. The instant he saw a bear in the woods I knew what had happened, even though I hadn’t seen or heard it I knew from the change of expression of Fred’s face that a bear was in our area. 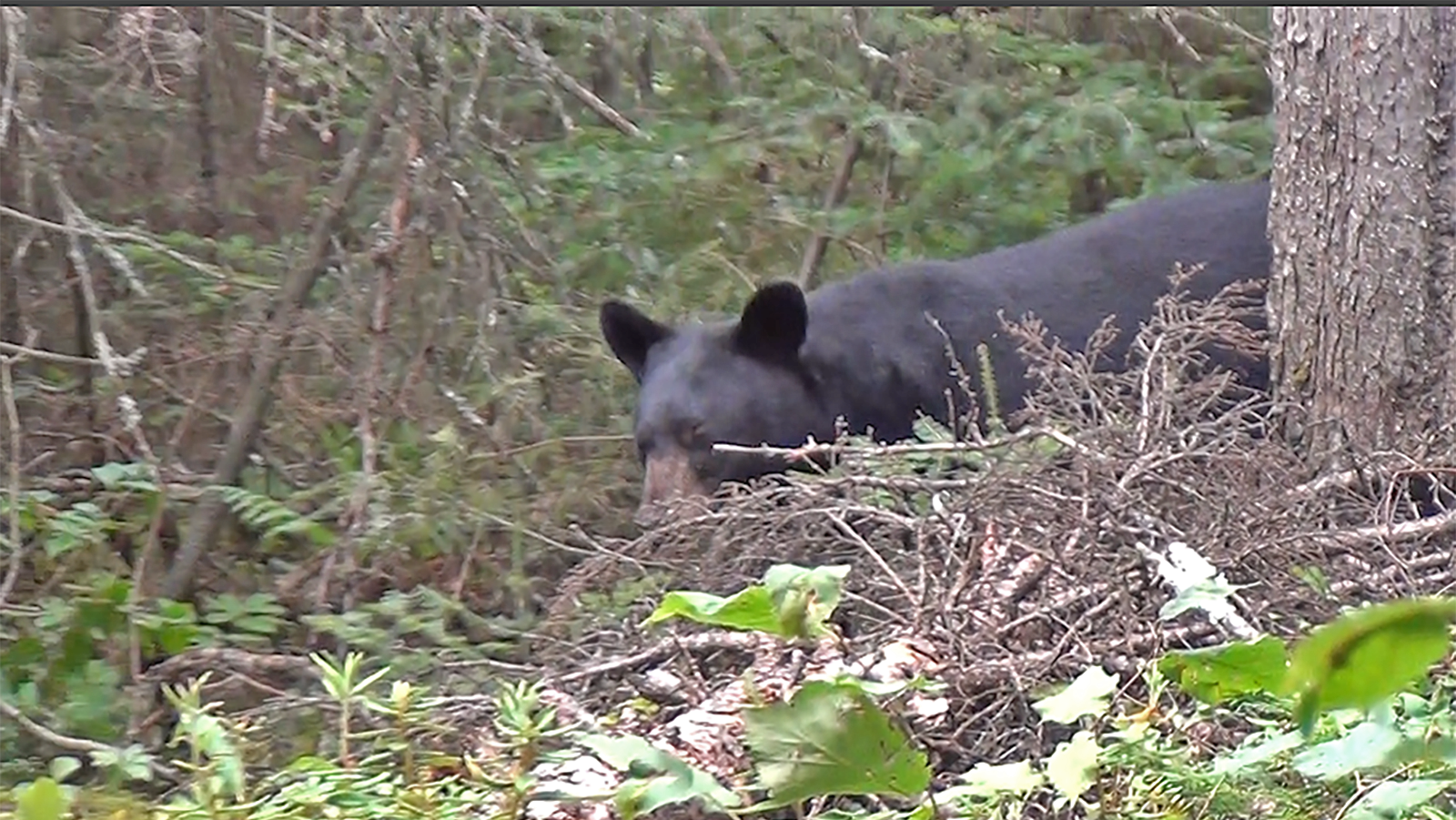 I turned on the video camera and also picked up my digital camera. When the bear came around a tree on the right I took a picture of it. It came to the piled logs and yanked on them. Fred had an arrow nocked as we watched the bear move around by the logs. It pulled some of the logs out of the way and reached in for some of Fred’s special-bear-treat mix. 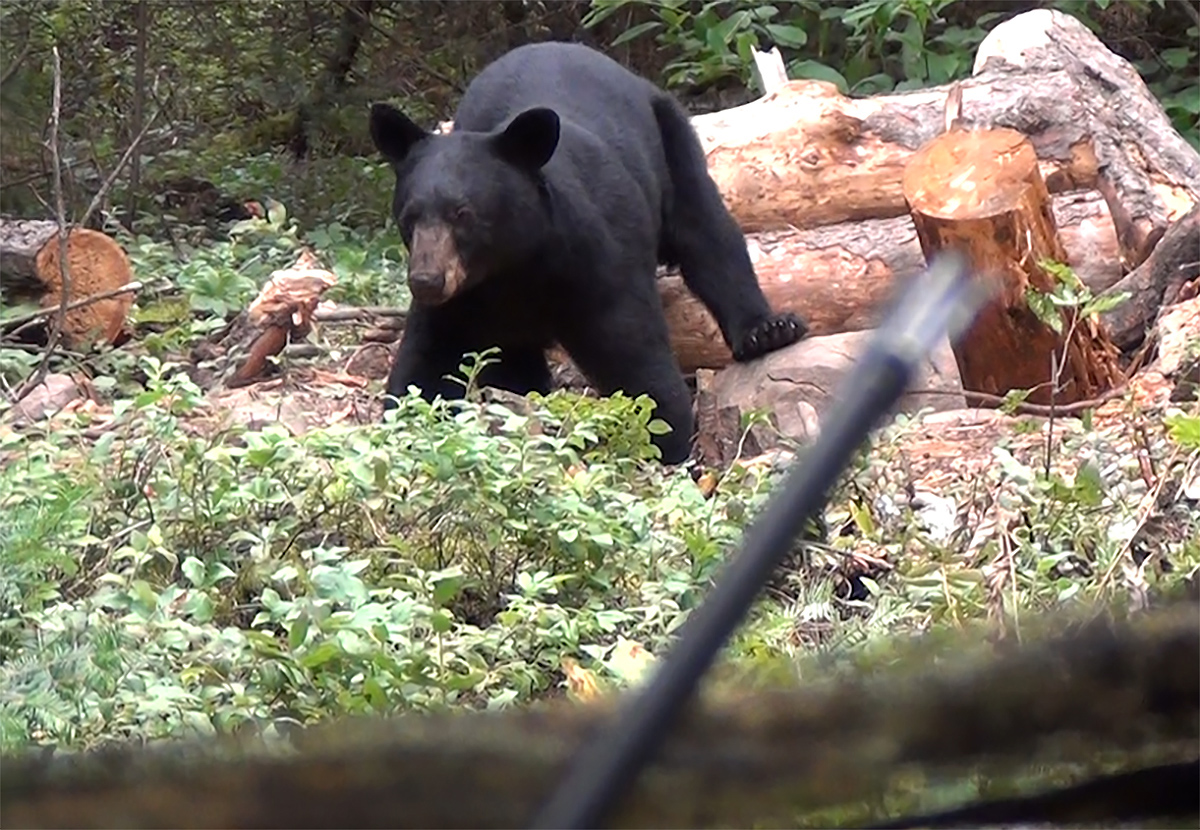 Something in the woods caught the bear’s attention and he paused by the end of the logs, broadside, and then turned with his back to us, and stood listening and watching on full alert. Then he took a right around the far side of the logs. 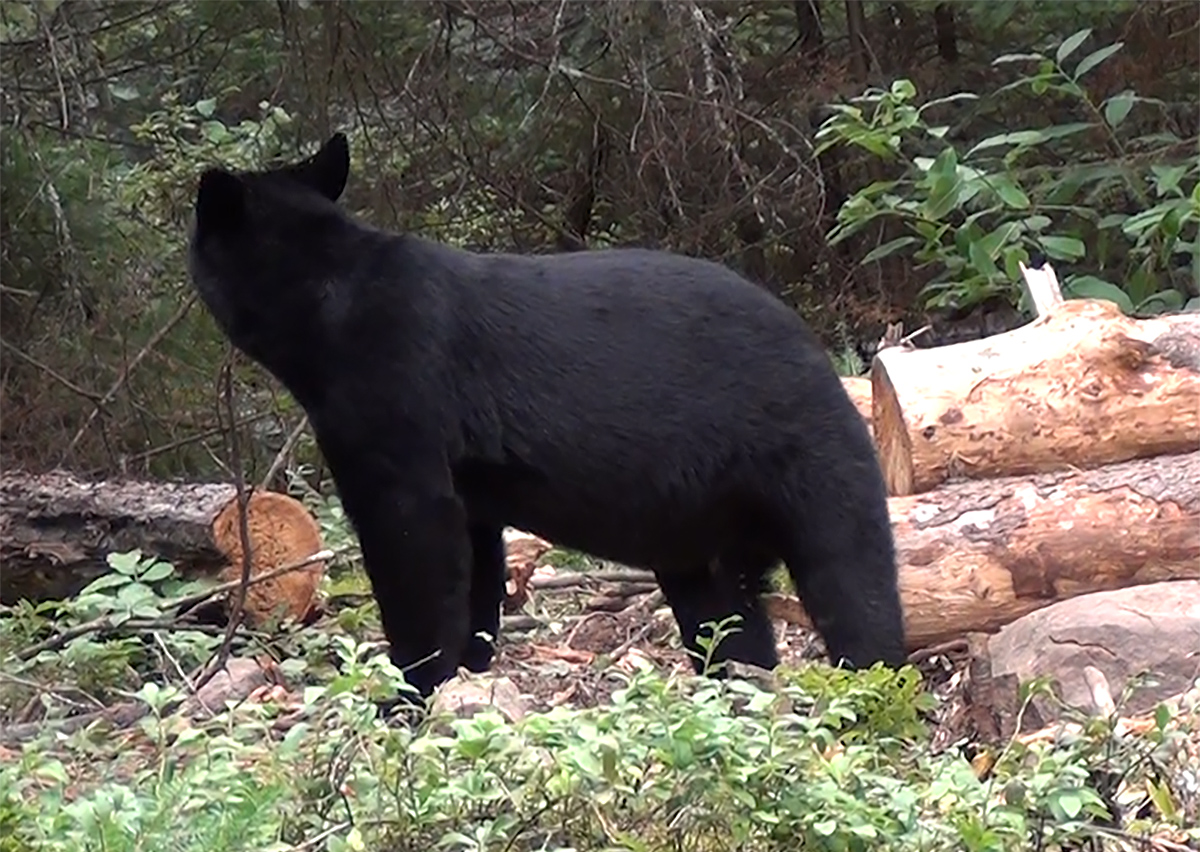 For 40 more minutes the bear pulled and pushed logs and made a few openings where he could shove a front leg in and paw out some goodies. But there was a problem, almost the entire time he was on the opposite side of the logs. After he left we sat quietly in the blind and waited. No more bears showed up.

Don’t Fall From Your Treestand

Don't Fall From Your Treestand