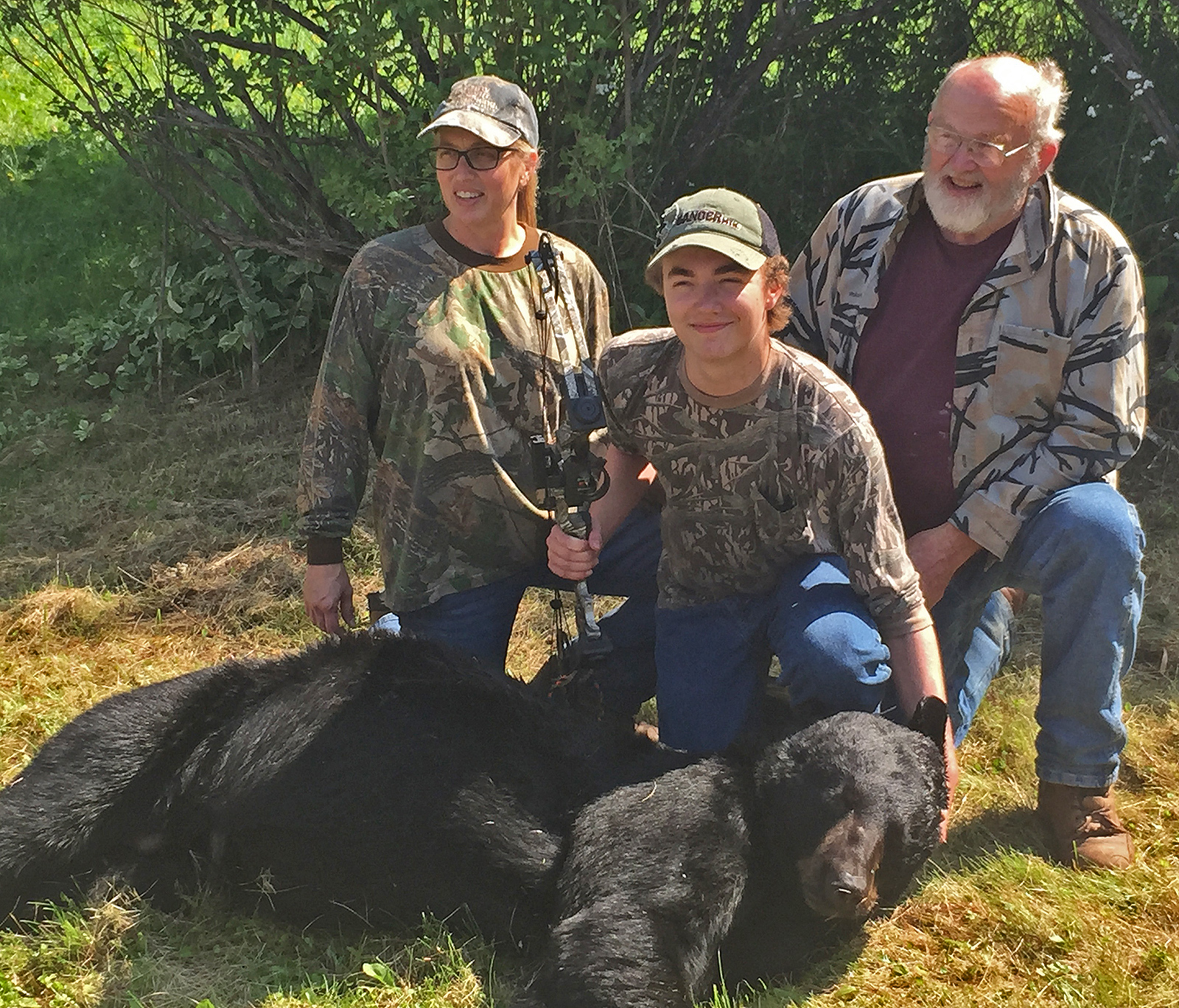 At the same time that Kirby Knachstedt and guys were in the middle of bear activity; 10 miles away, the McNeff group was experiencing good luck too. Six time bear hunter Joel McNeff Andre was watching a big boar sneaking around the densely wooded area she was hunting. If this bear co-operated it could be her third Canadian black bear with her crossbow.

Joel sat quietly in her portable ground blind, watching, and eventually the bear moved near the small but more-open area in front of her where she had a chance for a shot. When the bear walked into the clear Joel was ready and sighted on the bear’s vitals … and took her shot. Hard hit, the bear spun around, and in two seconds, was out of sight and crashing loudly through the thick Canadian forest. Joel had her 3rd Canadian black bear, the first from a treestand and now two from a ground blind.

Her teenage son Jack Andre was three miles away, hunting from a treestand. He saw bear too. The previous year, Jack had taken a bear with his bow, He was hunting from a ground blind. It was his first black bear and he liked the hunt and returned this year to hunt again. The bear was less than 15 yards away when Jack took his shot.

Right at dark his grand dad Bob McNeff drove up and he told Bob the good news. And a few minutes later his mom told him her good news.

Joel McNeff Andre is a veteran of Fred’s Ontario bear camp. In past years Joel has  hunted with her brother Rob and dad Bob 6 times. Several times she brought her sons along and this year Nick and Jack are with her. Jack is bowhunting for his second year. Joel shoots a crossbow and has tagged 3 Ontario black bears with it.

One more bear was taken on opening day … and we’ll get to that on tomorrow’s post.

How To Deep Fry A Wild Turkey