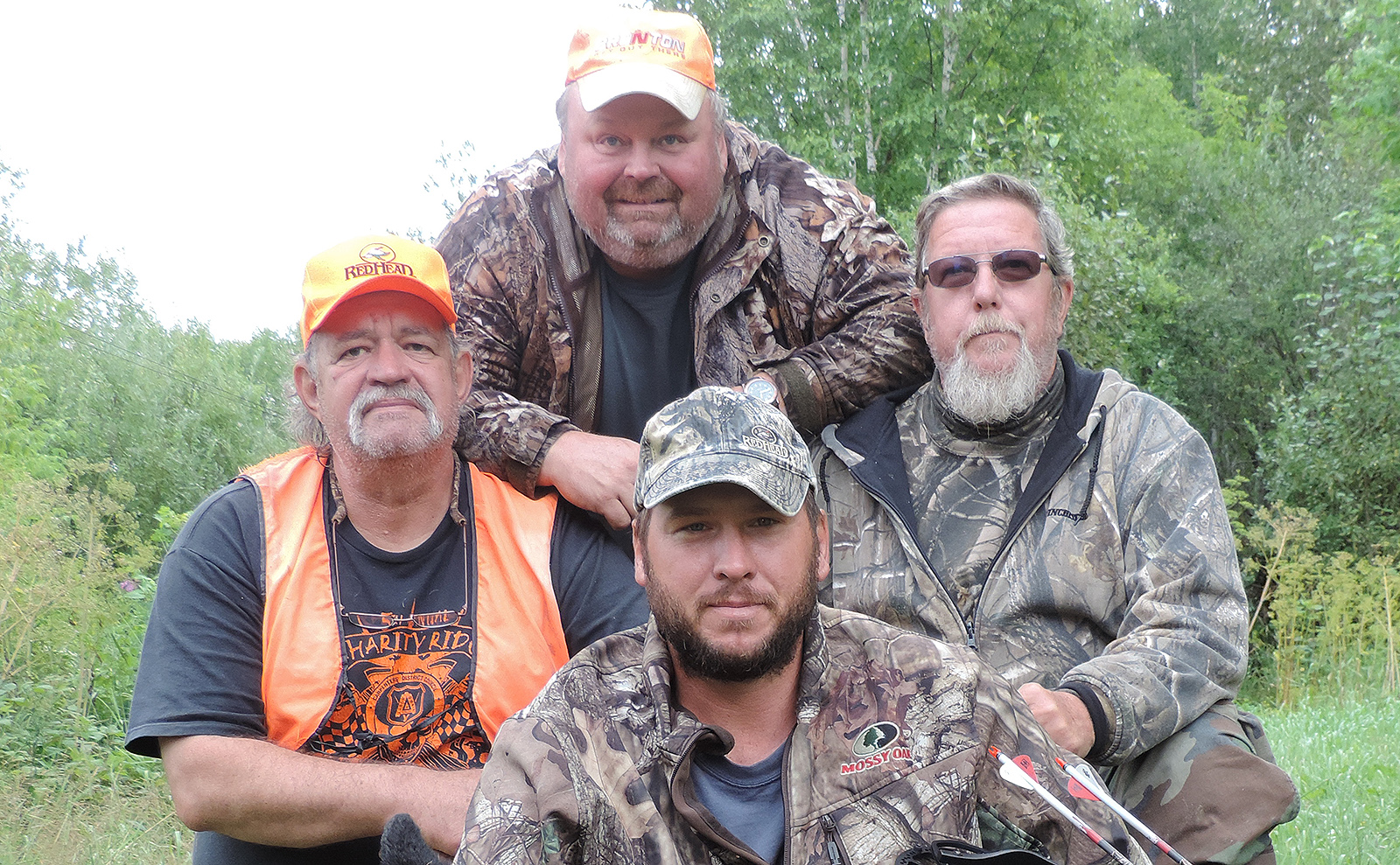 August 13, 2015 Joe Titchnal, Ron Dicus and Randy Klocke met at my house to start the drive North to bear camp. Ron has been on a couple bear hunts with me before but was bearless. Joe had never hunted away from his home farm. Randy has gone multiple times and got a bear each time.

I began bear hunting with Fred Lutger back in 1993. A few weeks earlier in the year I heard that Donald Duck was going and I was excited. I hadn’t seen him in about 10 years. We arrived at bear camp at noon on the 14th and got set in our cabin and then met up with Fred. Later we went to look at baits. We set treestands up and headed back to camp.

August 15th was the first day of our bearhunt. We dropped all the guys off for their first hunt. My first hunt was pretty slow. When I was about to get down I caught movement of something to my left.

Here comes a bear. As soon as I saw him I knew he was a great bear. He walked right under me and past the bait and disappeared into the woods. But there was no shot opportunity.

A few minutes later he came back. This time he was where I had a chance to shoot. I drew my Hoyt Carbon Spyder and shot. The hit was good. He took 3 leaps and crashed less than 10 yards away.

I got down and went to the logging road to wait to be picked up. A half hour later here comes the truck. Then I found out that Joe and Ron had also shot bears. We started recovering our bears. It was after midnight when we got back to camp.

The next morning we learned there were a bunch more bears killed totalling 8 the first day of the hunt.

Then we skinned and butchered and put the hides and meat in the freezer. Afterward, Randy got ready to try again. No luck.

Two days later Randy connected on his bear — 100% success for our group. 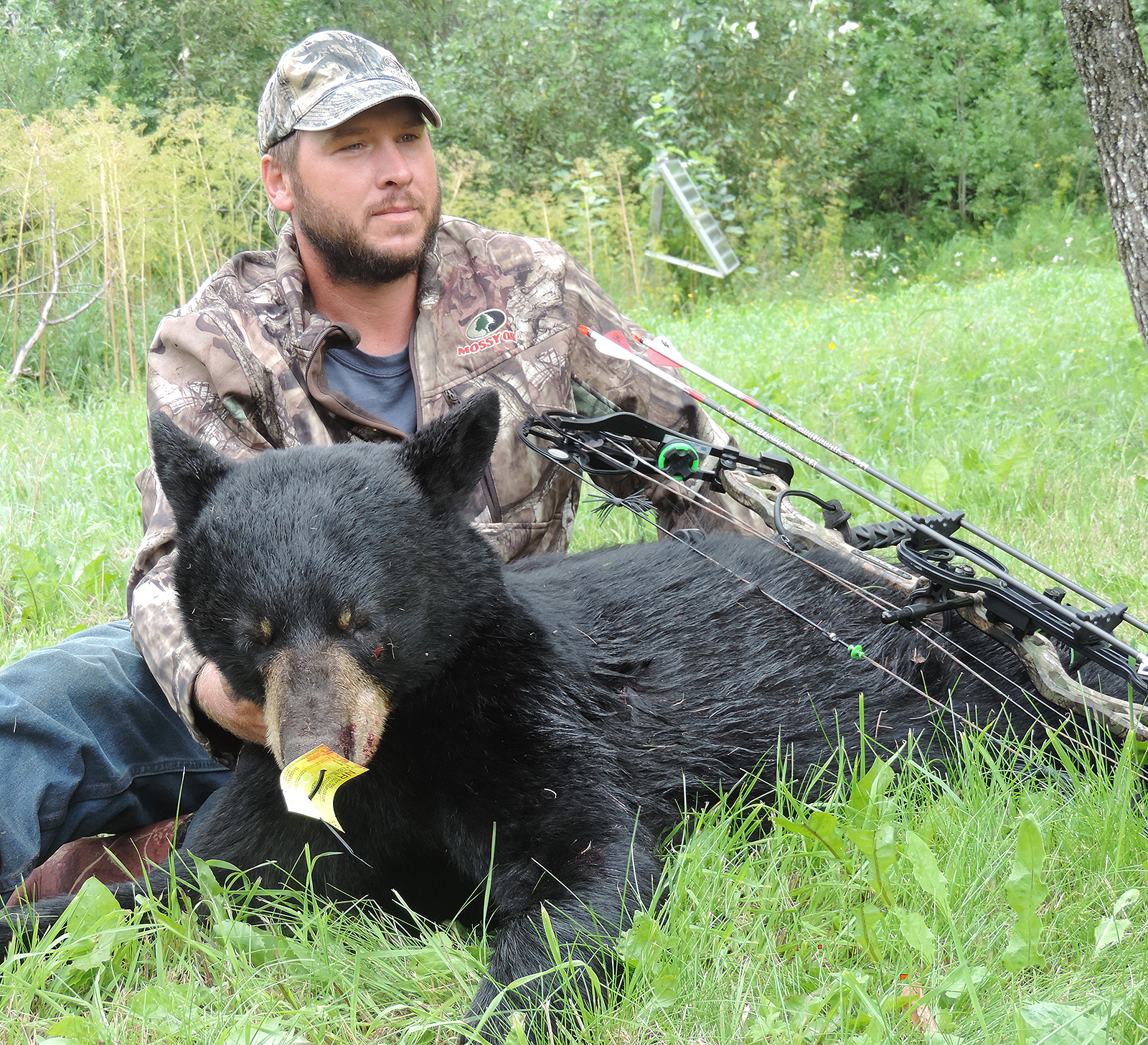 I look forward to this trip every time we go. I don’t always get a bear, but I love the hunt. Over the years Fred and I have become great friends. I also enjoy meeting up with Robert Hoague, Mike Ditchler and Don Duck.

Over the years I can’t even count how many hunters we have taken, but all have enjoyed the hunt. This was Fred’s last year of running the hunt and he will be missed in camp. He has way too many stories. I just want to say thanks to Fred and the rest of the Canoe Canada crew for all the years of great hunts.