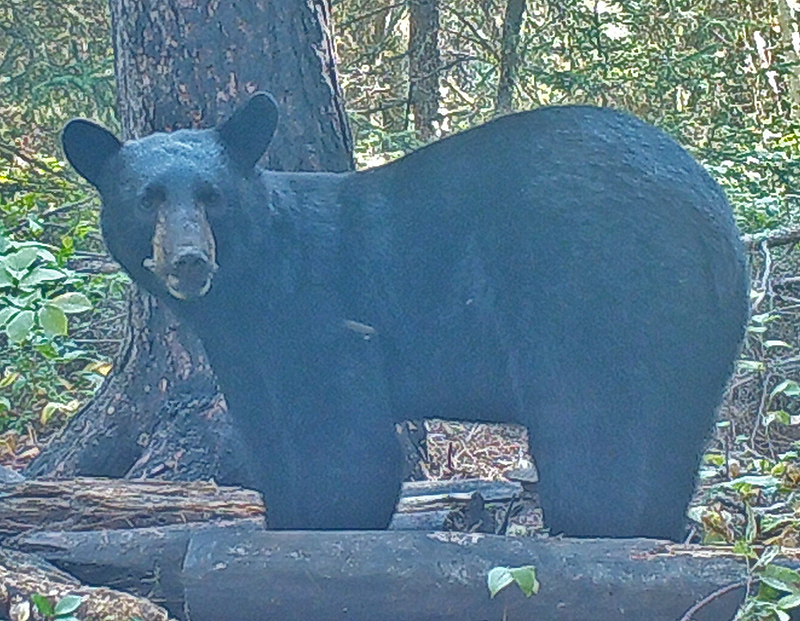 The following are the game camera pictures from one of my personal favorite hunting sites.  The pics started off with a few black and white bear photos. Here’s one of the mature bear’s picture taken during the night of 8-11. 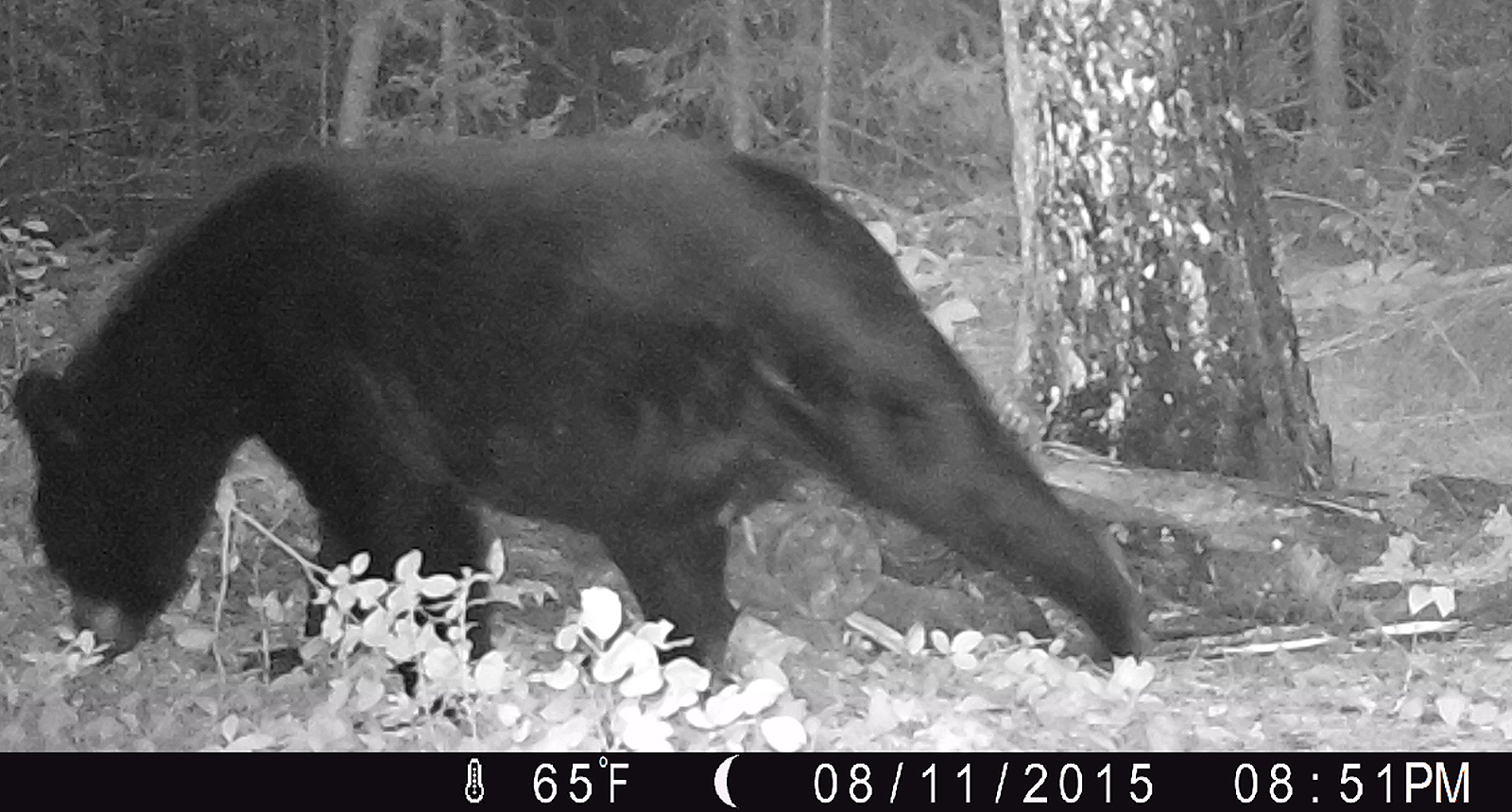 On the 12th our first visitor came up at 6:16 in the morning. He approached the logs straight on, which is from the game camera’s left side. 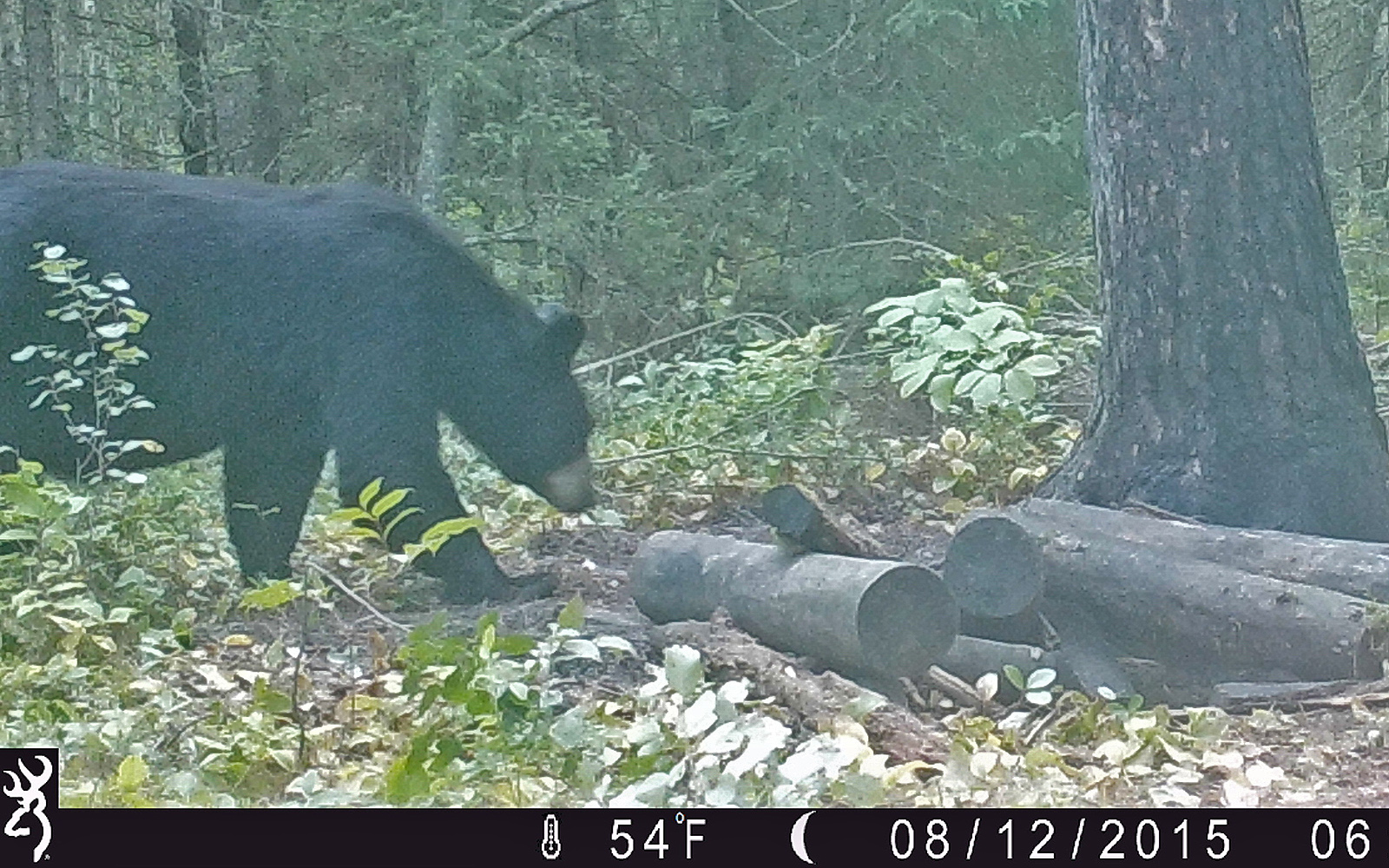 He smelled the logs and if you notice in the next picture he pawed the logs around. And in the other pics of this fat bellied bear he stuck his head in and removed some goodies to eat.  He did not stay long and soon exited the area. 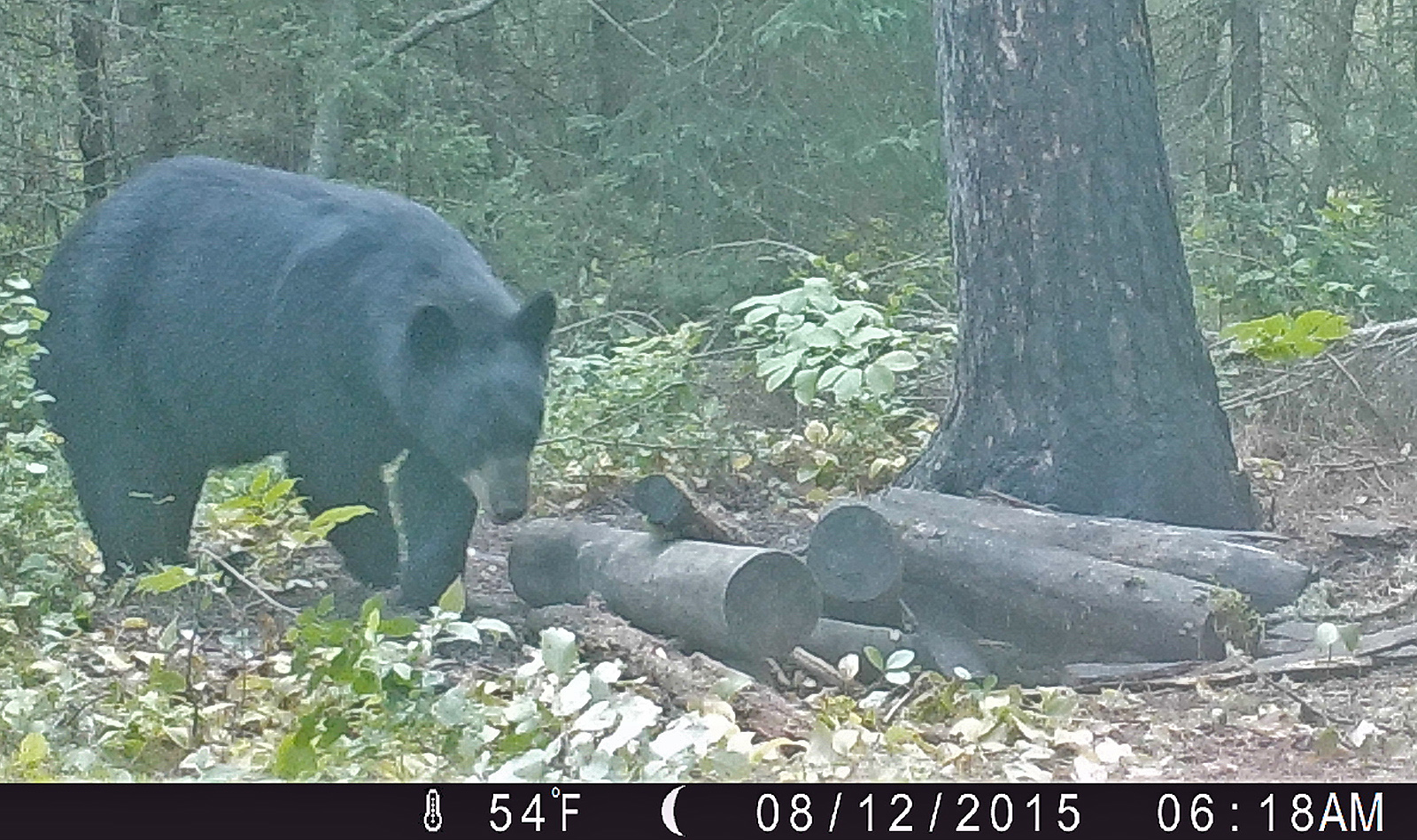 Twenty minutes later another bear came out of the woods in front of the camera. 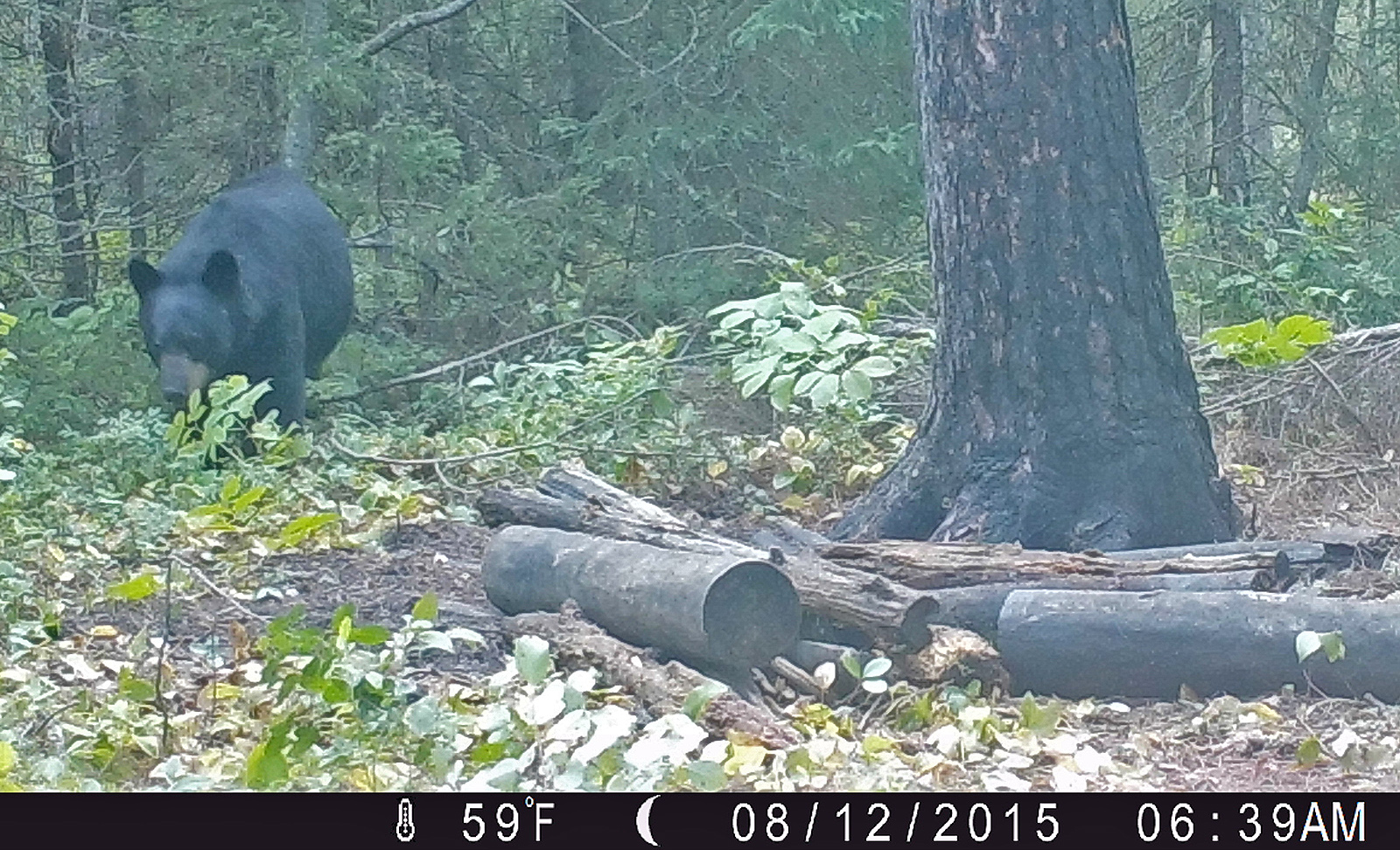 Our second goodie robber is a real dandy. 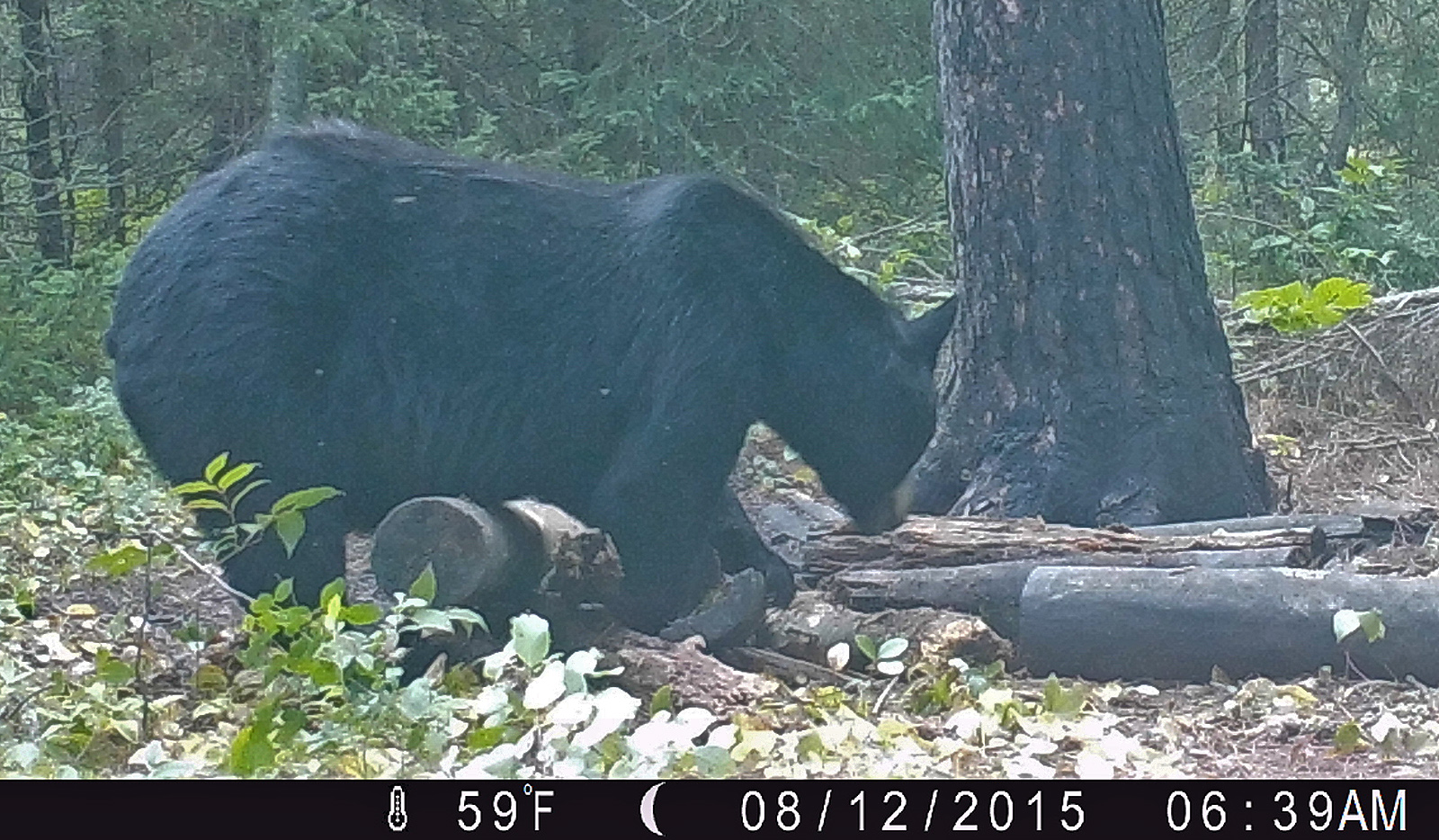 Two hours later a bear is photographed approaching the logs from the right side of the camera view. It’s 8:46am. 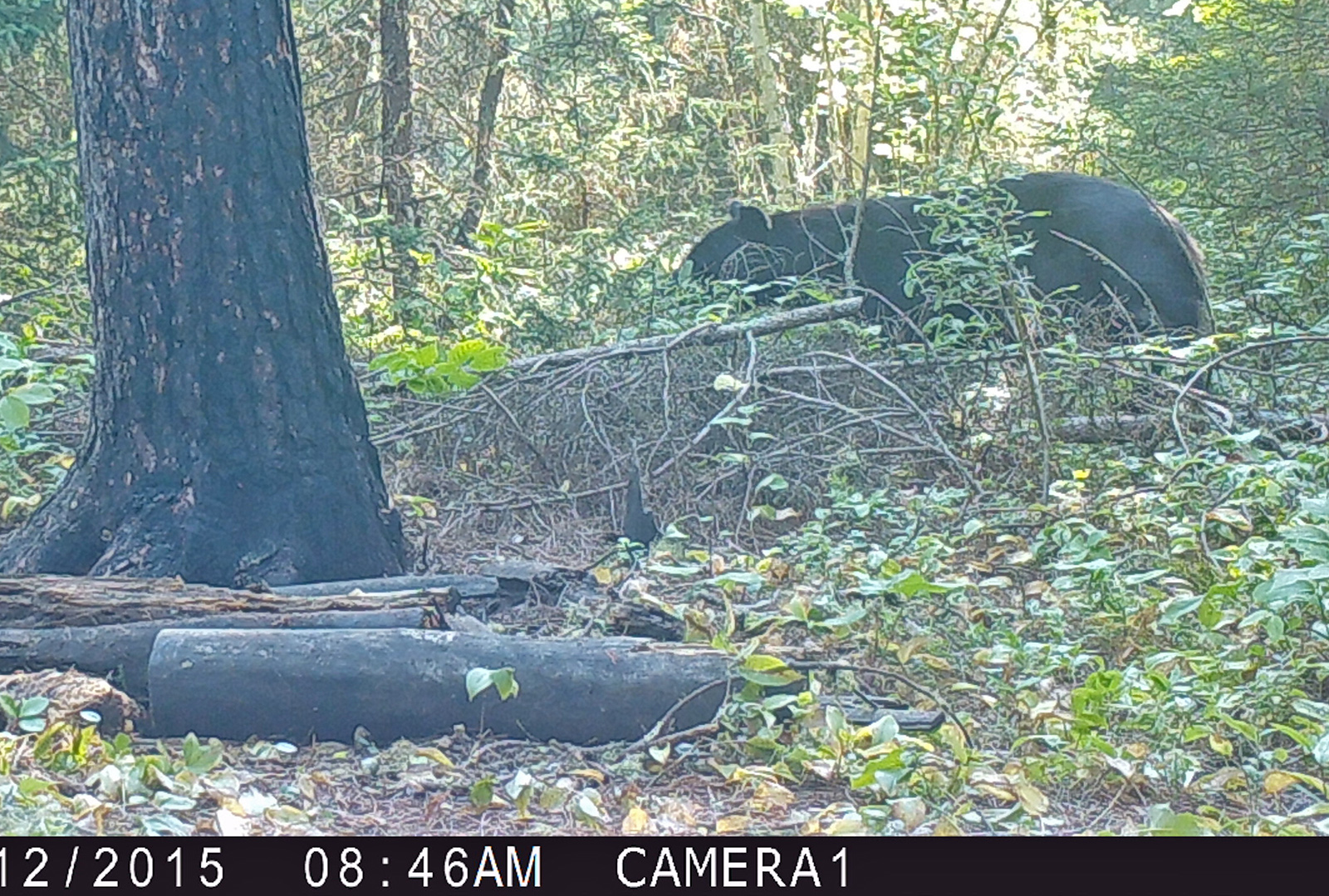 The bear goes around the logs and exits the area past the game camera. 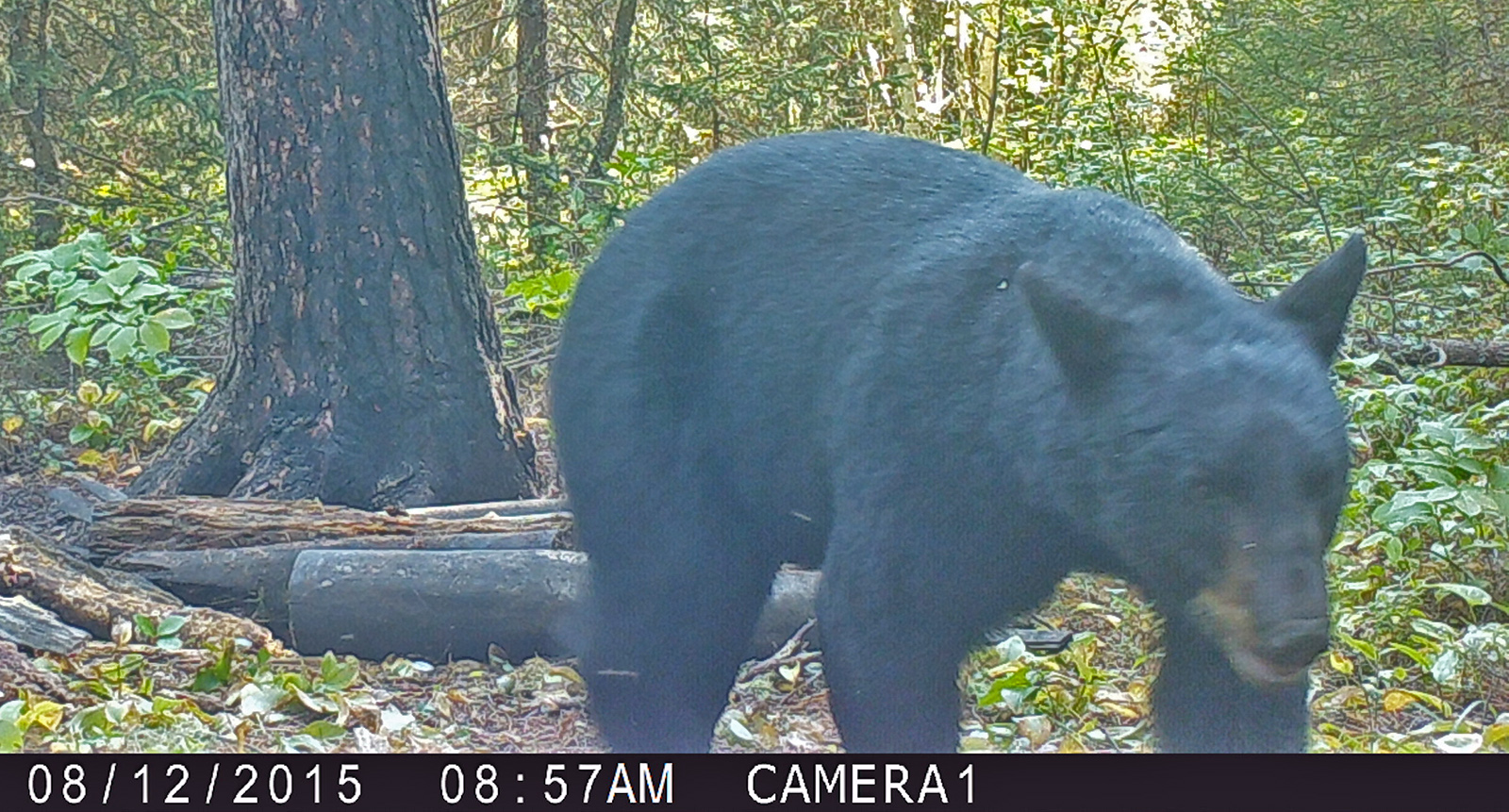 It’s not unusual to have more than one bear at the same time and a minute later the probable reason for the above bear’s short stay walked past the game camera. 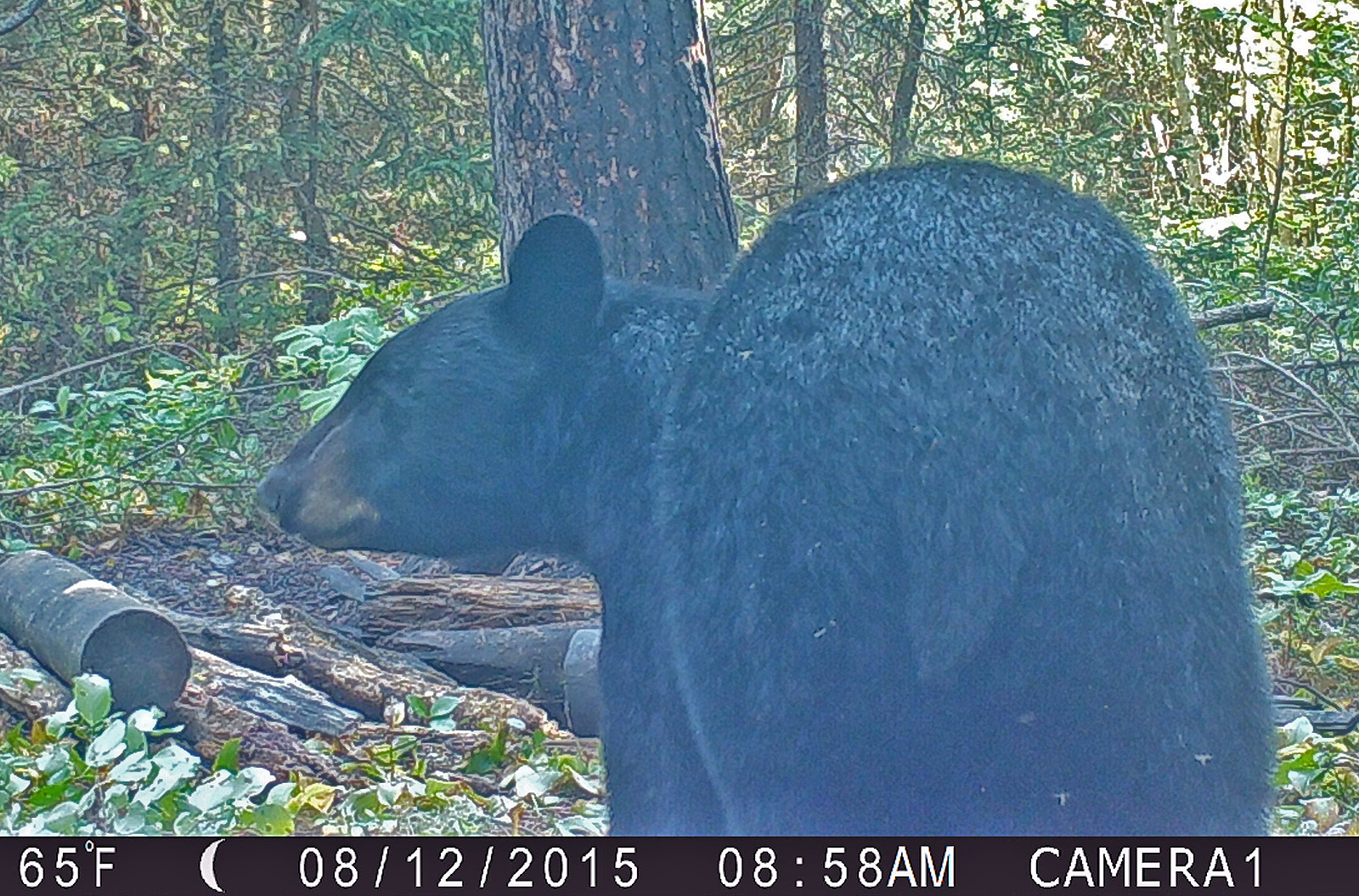 And seconds later he is digging in the logs and chewing on something he found. 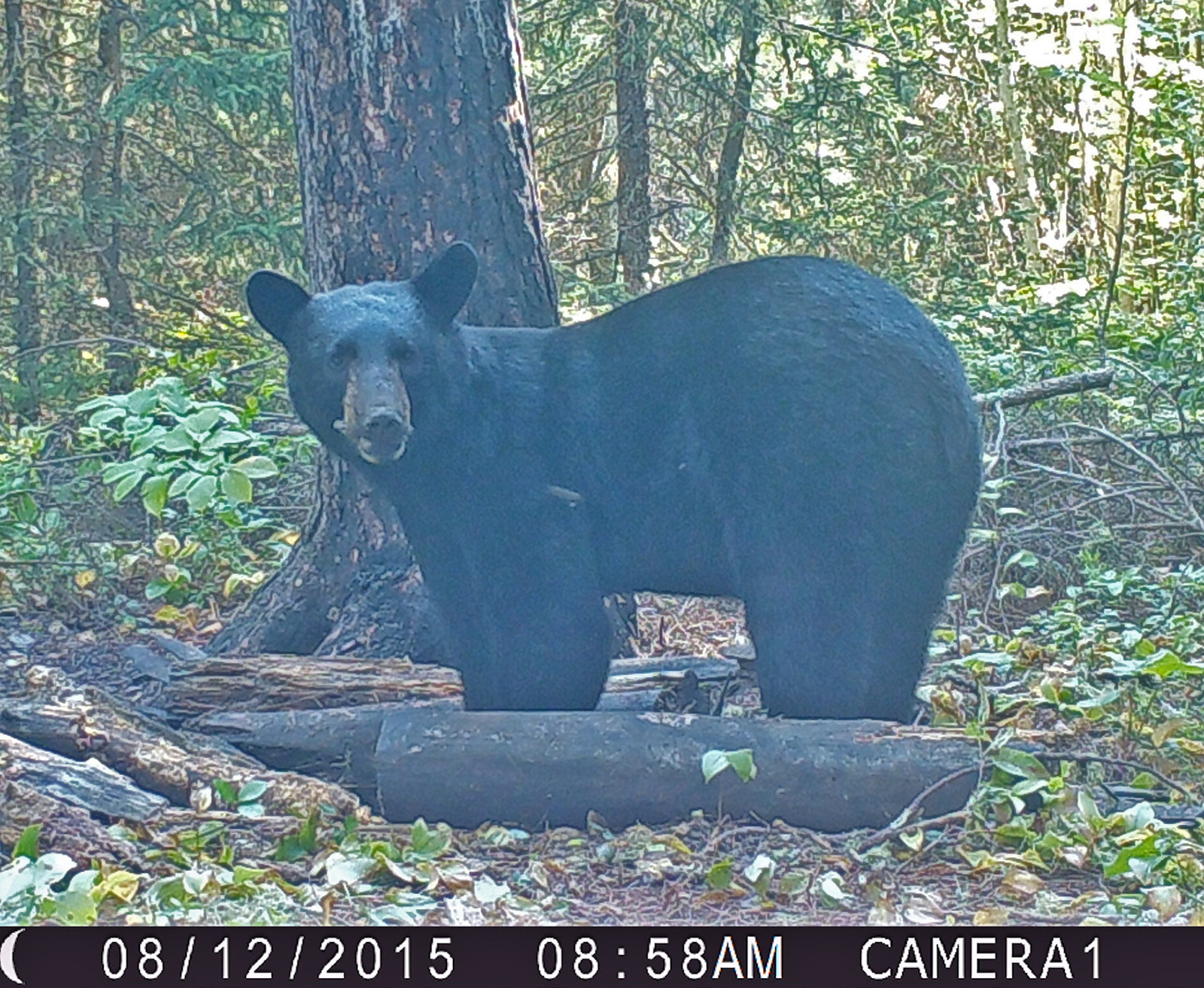 And 5 minutes before I picked up the card from the game camera another bear lumbered up. 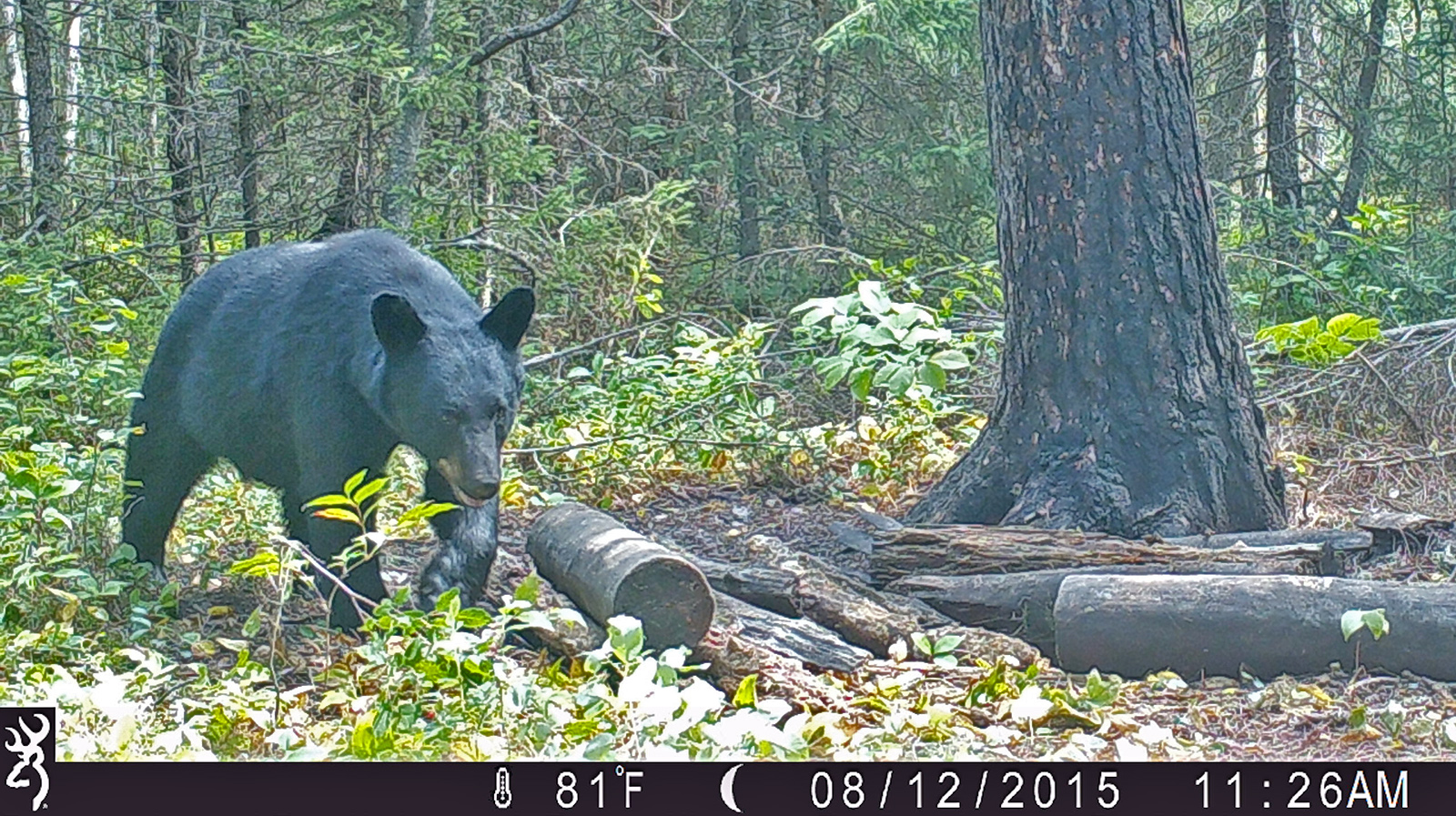 Interesting. This looks good to me, I’m going to set up here. So I got my Double Bull ground blind out of the truck and set it up. 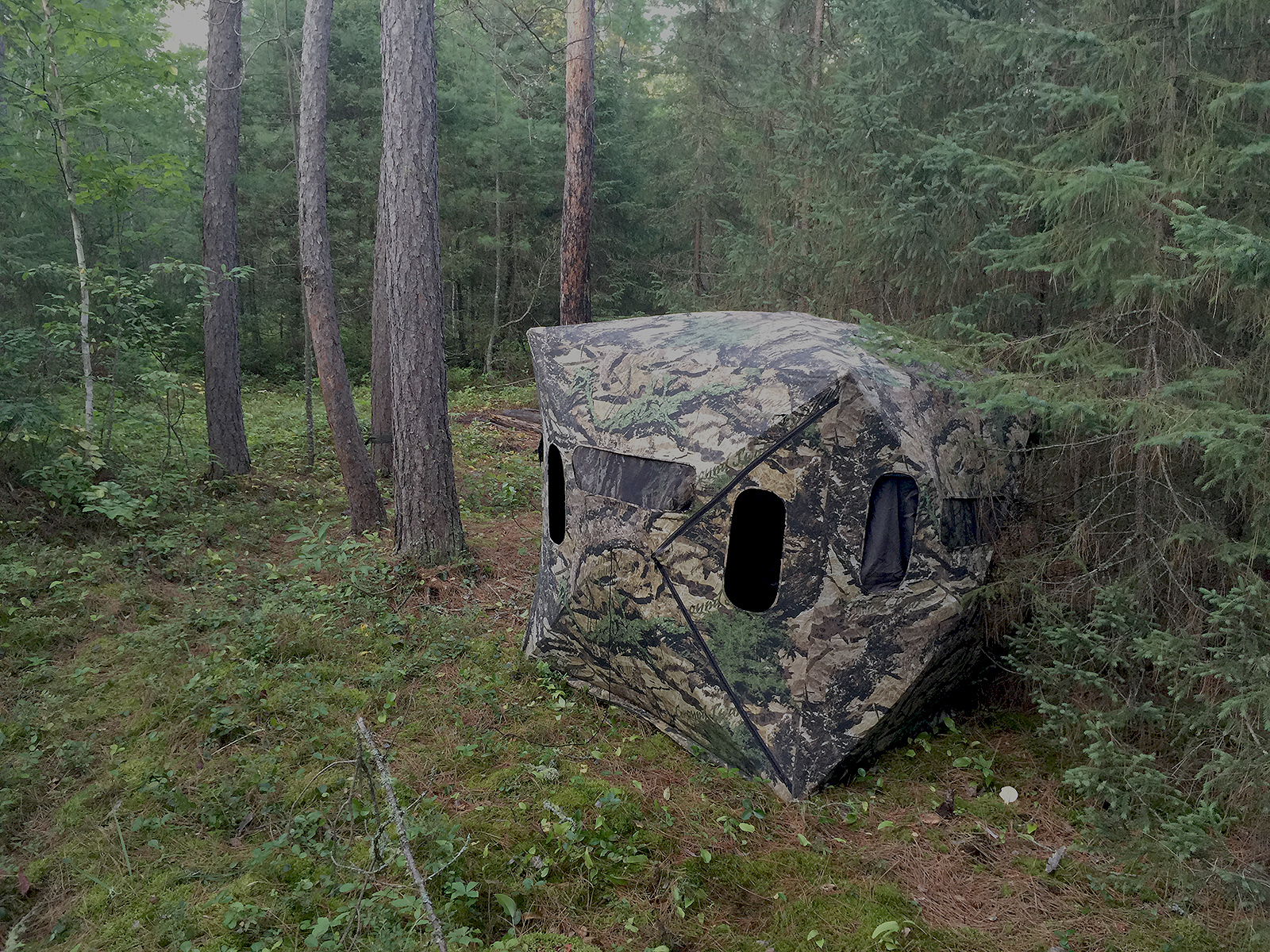 Last Bearhunt: I'm Ready, Are You?

Are You Prepared for the Onslaught?