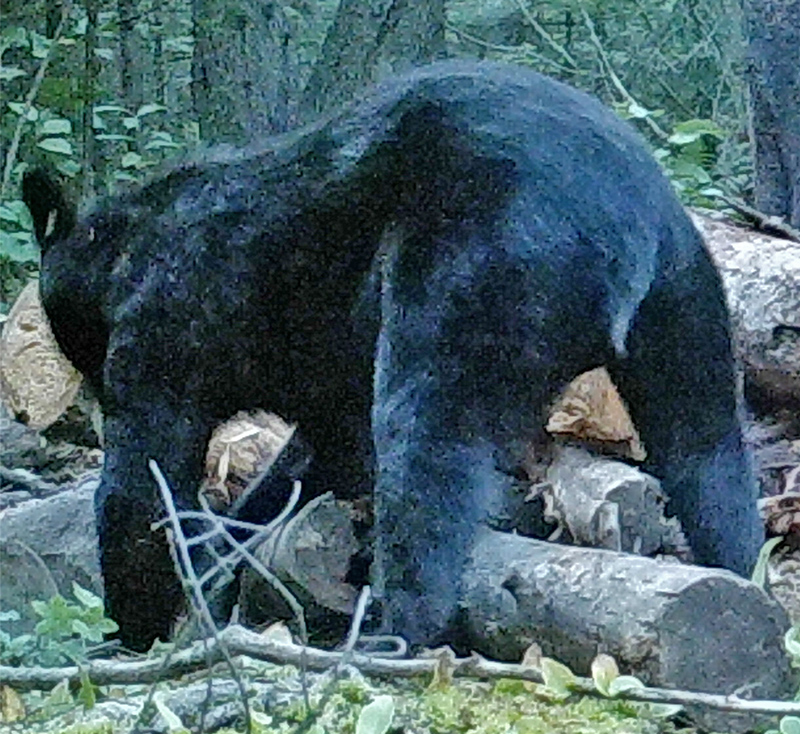 A month before we arrived in bear camp the guys at Canoe Canada made daily runs on bait sites that Fred had established in previous years. So when we checked them almost everything was being hit by bears. Of course that’s a good thing, but we wanted more information than that. The first two days we set out game cameras. We expected to learn a lot.

The way this works is we pick up the SD card from camera and insert a blank one. Later, back at camp we look the pictures over on my laptop. Here are pictures from the first site. The camera had been out for 2 days. 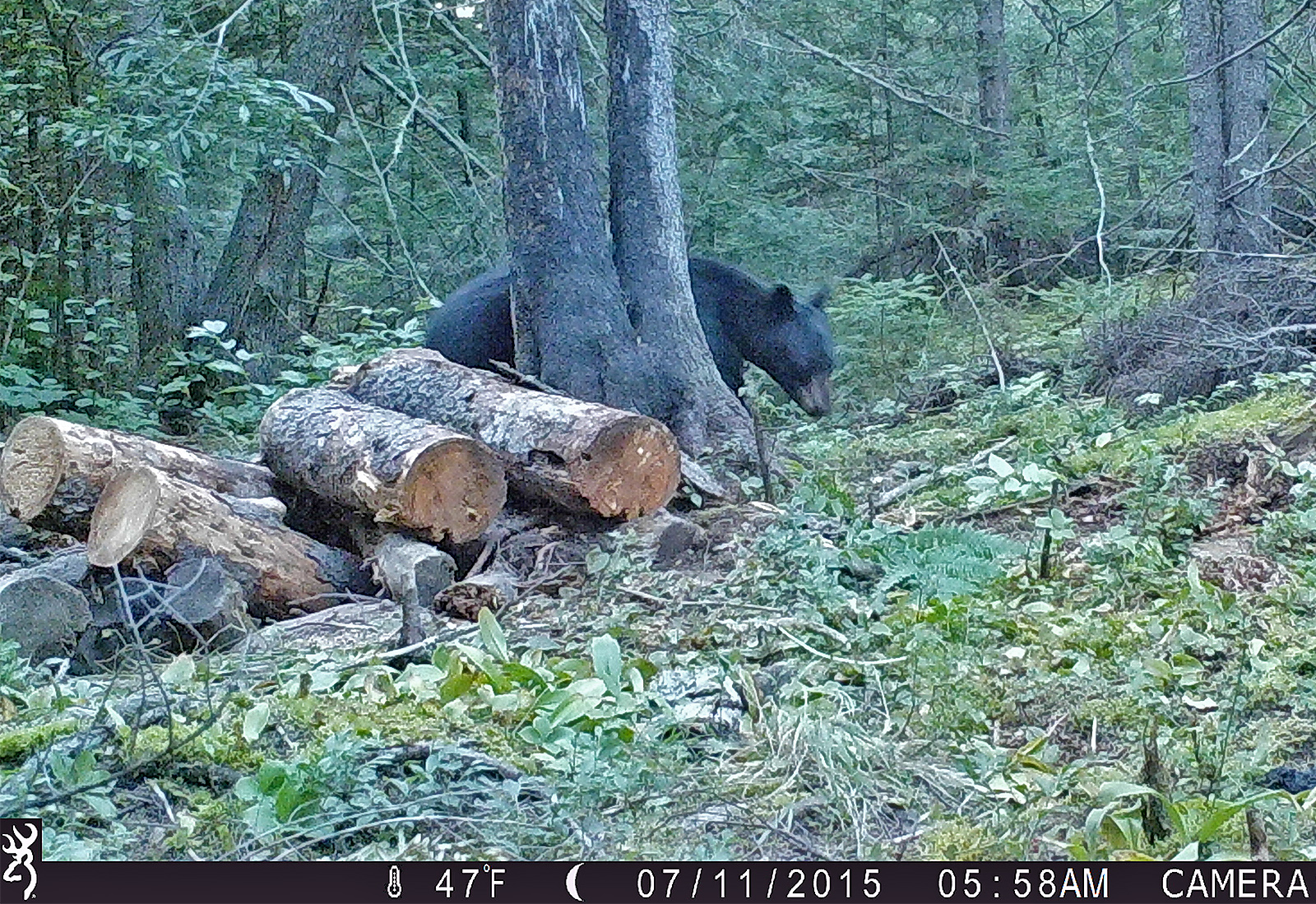 Just as in deer hunting, it’s a plus to know both what times they show up as well as which direction they make their approach. The camera’s pic tells us the above bear came by at 5:58 in the morning. In addition, we just verified that this bear came out of the woods behind the logs.

In the pic below the bear has walked around the tree and is investigating the logs that we stacked on top of the bait. Notice that he is grabbing a log with his front claws. 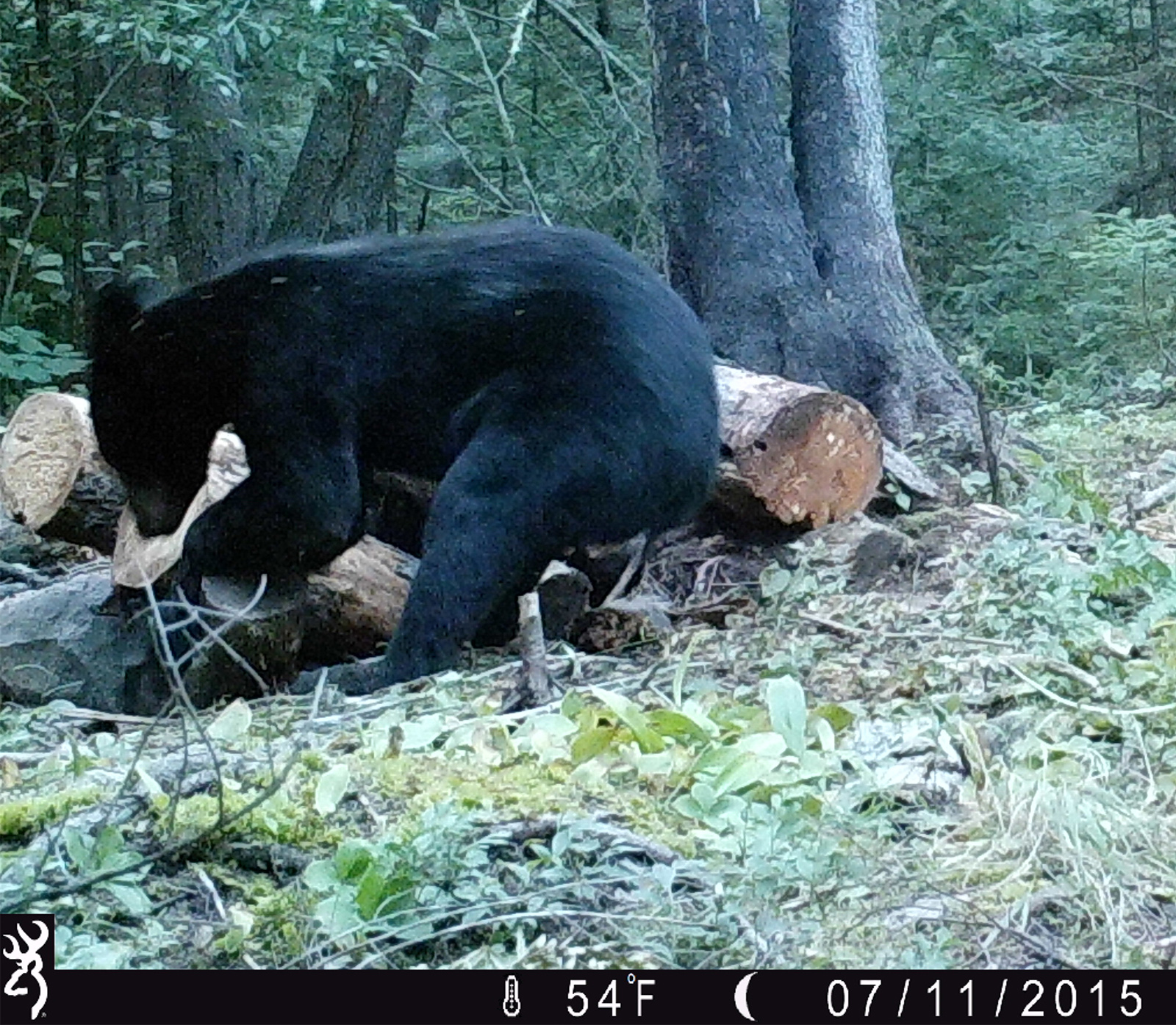 And zip, he yanks the hefty log out of the stack and pulls it back between his hind legs. Another thing the game camera can do is give you a general ideea about the size of the bear. As I’m sure you noticed, this is a mature bear. Not the biggest one in the woods but not a little guy either. 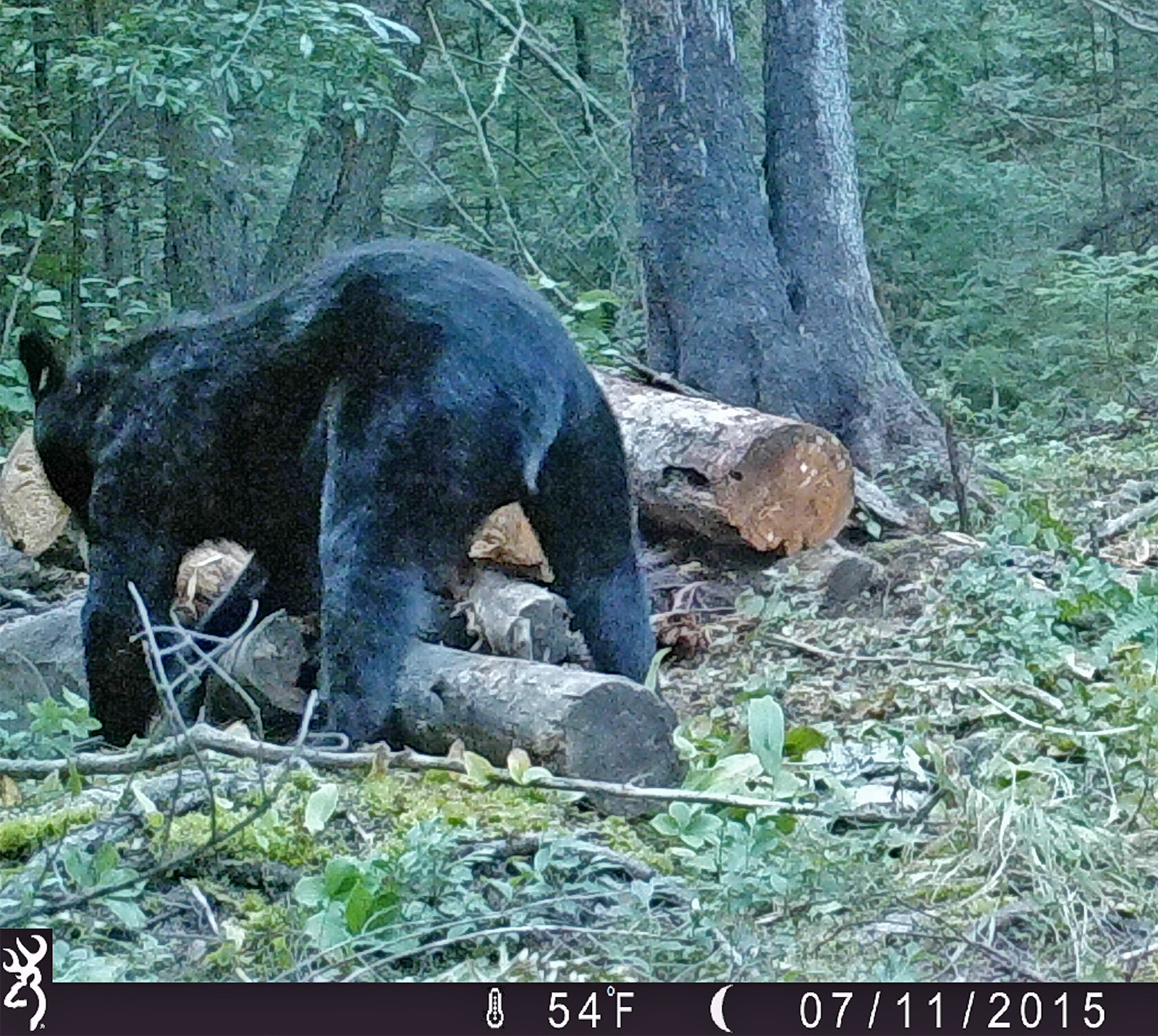 Three other bears got their pictures taken but they were all at night. And the bear in the picture returned to visit later in the day on both days.

So, what do we know?

We have a mature bear at this site, we know what direction he probably will come from, he visits here in the morning as well as the afternoon. Also, there are three other bears in the area, they came in the dark, but that’s not carved in stone.

We checked the 11 other SD cards. Next, we’ll look at another site and set up to hunt there.