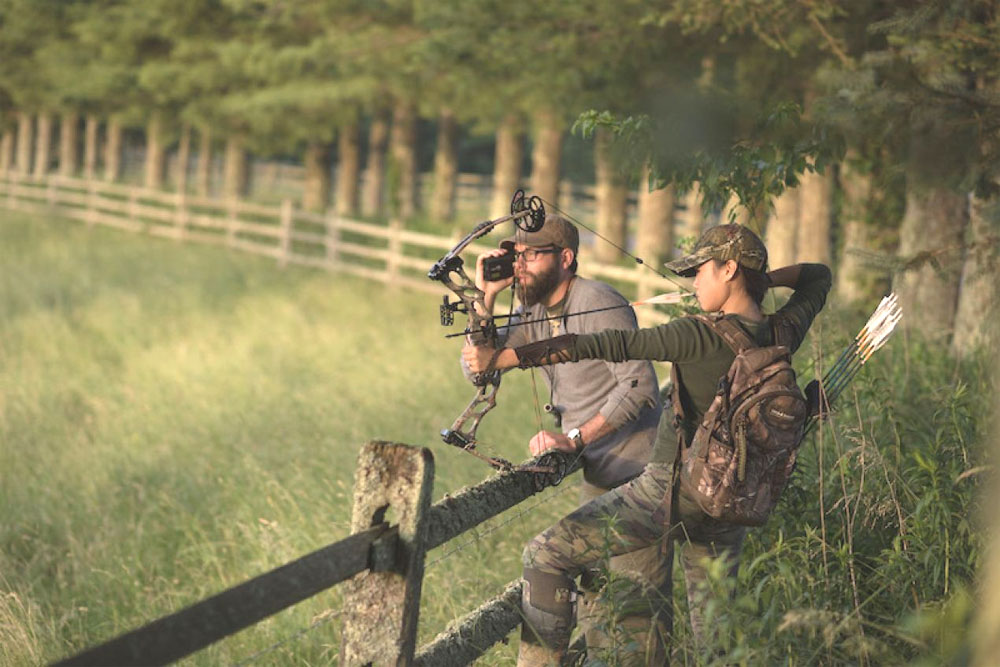 The ATA survey provides many insights about the “true identity” of today’s archery consumers. “The more we dig into the survey’s data, the more we’ll learn about how people get started in archery, what keeps them shooting, and even what causes them to stop, said Jay McAninch, ATA’s President and CEO.

Archery participation in America climbed about 14 percent from 2012 to 2014, boosting the number of archers to 21.6 million, according to a new scientific study commissioned by the Archery Trade Association.

The nationwide survey – conducted in February and March 2015 by the respected research firm Responsive Management of Harrisonburg, Virginia – scientifically sampled Americans 18 and older in the same way as a Gallup poll. The study followed up on a similar ATA-sponsored survey by Responsive Management in January and February 2013 that found 18.9 million Americans shooting archery.

In other words, of the United States’ 235 million citizens 18 and older, 9.2 percent participate in archery at some level. More specifically, of adult Americans …

This recent increase in archery/bowhunting participation mirrors a growth in federal excise taxes (FET) collected from the sales of bows and arrows between 2012 and 2014 through the Pittman-Robertson Act (Federal Aid in Wildlife Restoration Act). Those FET totals rose from $44.38 million in 2012 to $55.13 million in 2014.

Of those 21.6 million American archers, about 45 percent shoot target archery only, while 24 percent identified themselves as strictly bowhunters. The other 31 percent said they bowhunt and shoot target archery. Therefore, 55 percent of archers – 11.9 million Americans – did some bowhunting the previous year, which is up from the 8.4 million reported bowhunters in 2012.

Jay McAninch, the ATA’s president and CEO, said the 2013 and 2015 studies are scientifically accurate, and not estimates from data on annual sales of bows, arrows and hunting licenses.

“The bottom line is that we have about 11 to 12 million bowhunters in this country, but they range from casual to fanatical in their interest, so they aren’t all hunting in any given year,” McAninch said. “But even if they don’t buy a hunting license or purchase equipment each year, they still self-identify as bowhunters. It’s much the same with target archers. Even if people are casual about archery or bowhunting, they still have fun shooting their bows, and they’ll likely remain in our market.”

The 2015 survey helped identify the varying participation levels between archers. For instance, among target-only archers …

Meanwhile, among the bowhunting-only crowd …

In other words, even though overall archery participation is greater than ever, participation rates vary considerably by individual. The National Shooting Sports Foundation documented a similar phenomenon in a 2009 study that found the pool of American hunters is roughly 50 percent larger than the number of licensed hunters any given year. Specifically, for every two hunters afield each year, one hunter stays home, with participants “churning” regularly in and out of the hunting population.

To gain further insight into archery activities in the United States, the ATA study zeroed in on the sports’ all-important “fun factors.” It found …

The survey also provided a snapshot of gear preferences for target archers and bowhunters, many of whom shoot more than one type of bow. Among target archers …

“Those equipment preferences remind us that most people don’t take up archery or bowhunting to be advocates for a particular type of bow,” McAninch said. “They’re mainly in it for the fun. They just like shooting arrows. For all the concerns we used to hear about crossbows, compound bows and recurves are maintaining a strong, consistent presence with our customers.”

McAninch also said the survey provides many insights about the “true identity” of today’s archery consumers. “The more we dig into the survey’s data, the more we’ll learn about how people get started in archery, what keeps them shooting, and even what causes them to stop,” McAninch said. Here’s a look at some of those factors:

McAninch is already looking forward to the ATA’s next study of the archery market, scheduled for early 2017. “As with any market, the more you learn and the more you study, the more you refine your knowledge of your customers,” he said. “Plus, research like this holds us accountable. Now, when people ask questions about the archery/bowhunting market, we can provide information that’s scientifically solid.”

This story originally appeared on ArcheryTrade.org.

Don’t Carry Your Bow. Let Goat Tuff’s GT Claw Carry it For You.

In My View - More than a Trophy