Dr. Burkenstock’s “That Itch Stuff”: No Mess, No Smell, No More Itching 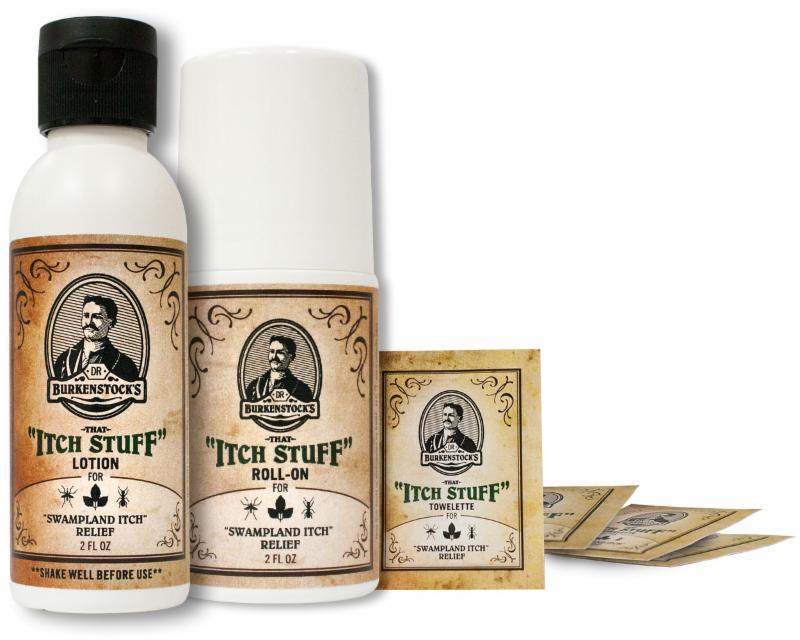 In late August each year, in the interior of Alaska, caribou begin to form large herds and make their way south, driven to migrate by the need to find winter feeding grounds. On windless days vast clouds of hatching black flies and mosquitoes begin to follow these herds. The swarms of biting insects are so intense, entire herds of caribou will begin to stampede in a futile attempt to get relief.

More than 100 years ago, on a more southerly spot of the continent, a young Louisiana doctor named Lloyd Burkenstock Jr. had a similar set of problems. An avid outdoorsman, he loved the spending time in the swamp. But on many days the swamps’ mosquitoes, fire ants, and poison ivy made him feel like he was under attack. A very itchy attack. Unlike the caribou, Dr. Burkenstock wasn’t migrating and he wasn’t about to stampede. But as a trained pharmacist, he was determined to use that knowledge to develop something that would relieve the skin irritation and misery that he called “swampland itch”.

Over time he perfected a cream that did just that. It was safe and effective. No mess, no smell, no itch – just relief. And the word spread. For the rest of the 50 years he was in practice, Dr. Burkenstock would have patients coming to him specifically for “That Itch Stuff.” Three generations of Burkenstock pharmacists later, Dr. Burkenstock’s skin irritation cream is still called “That Itch Stuff” – and it still works.

For hunters, anglers and outdoor adventurers, few things can ruin the day faster than biting insects or a case of poison ivy. For young anglers or hunters on trips in the outdoors, biting ants, mosquitoes and poison oak can put a complete halt to the day. Come prepared. A handy supply of Dr. Burkenstock’s That Itch Stuff can save the day safely and effectively – even if, as the original Dr. Burkenstock was purported to say, that mosquito “was big enough to mate with a bulldog.”
That Itch Stuff comes in a variety of forms – as a roll-on application or as handy wipes that can be stored in a tackle box, glove box or backpack until needed. No mess, no smell, no itch. Nothing focuses the mind more intensely than a case of poison ivy – but not in a good way. With Dr. Burkenstock’s That Itch Stuff you can get relief and continue to focus on your hunting and fishing. Because fishin’ is more fun than itchin’! 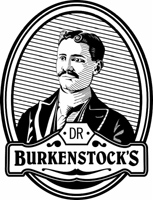 Today Dr. Burkenstock has a host of products designed to help you enjoy the outdoors. To find out more, check out the website at www.drburkenstocks.com.

Don't Carry Your Bow. Let Goat Tuff's GT Claw Carry it For You.