In My View – More than a Trophy 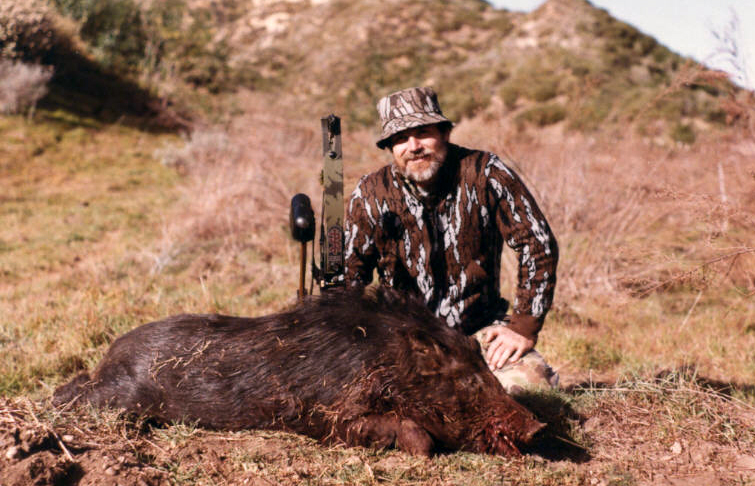 This is a Letter to the Editor of the Green Valley News in response to an article they ran on a resident of our mostly over 55 community that was an Air Force pilot, flew for the airlines and then hunted big game around the world. The article was extremely well done and praised his life, his careers and his hunting. It also, as expected, drew a few responses condemning the hunter AND the paper for running the article in the first place. I responded, as I often do to things that violate my right wing morality. The Editor of the paper gave my response a great layout, added a photo of a Male Lion and didn’t edit my letter at all:  Feb 27, 2016. I wanted to share this with our bowhunting.net visitors. For those of you who may not know how to counter anti-hunting bullies, you might garner some ammunition.

“OH, BOY,” I told my wife after reading the Sunday, Feb. 20 article, “Record-Setting Safaris,” and the incredible life of Mr. Bill Treichel (Page B3). “The crap is going to hit the fan on this one.”

I have to admit I do find the responses I read in Wednesday’s Green Valley News charming, well-intended, emotional, but, mostly, factually wrong.

I’ve been in the archery industry since 1977. My father took me hunting squirrel and rabbit when I was 10. I have hunted quail and dove and bowhunted for antelope, deer, turkey and wild hogs. Sliding into retirement, I still have a couple clients in my advertising agency in the archery industry and am going on 20 years with our web site, www.bowhunting.net, so I do have some knowledge of the hunting sports and nothing but admiration for Mr. Treichel and his accomplishments from his incredible professional career to his hunting adventures.

So let me try and clear up a few things. Hunting involves the killing of animals. It goes back to our days as hunters/gathers. Some picked fruits and some picked up a spear or bow and went after meat, typically packed in fur. With no supermarkets, man had to outwit wary animals or went back to the cave and wife and kids empty-handed. “Looks like berries again, kids.”

Hunting, like every other sport, is difficult and filled with failures. But hunting is in our DNA. And, early man utilized, when fortunate enough to kill something, the entire animal. Meat, fur, bones. Not unlike today’s modern hunter.

The ignorance of those who objected to Mr. Treichel is understandable but they simply don’t realize these facts. Economically, hunters provide billions of dollars to local communities and to the governments through various taxes. The manufacturing community that makes the products — from firearms, to boots — employs thousands of employees, sustains local communities and pays the local, state and federal taxes in the billions of dollars on all products made through a federal excise tax the hunting industry put in place. It is these hunter dollars that fund the conservation programs that protect and oversee all the animals under the care of the Department of Natural Resources and State Game & Fish. Licenses are doled out to hunters who pay for the privilege and provide the population control necessary to keep these game animals sustainable and healthy. Hunting not only provides a traditional and honest activity for the hunter but the rewards, when successful, of the meat to feed their families.

The main bone of contention seems to be the “trophy hunter.” So let’s talk about Africa.

Every hunter must have a guide/outfitter and be licensed by the country for any particular game animal, whose populations are all under tight scrutiny to ensure no overhunting takes place. The more rare the animal, the fewer the licenses, and the higher the cost. Hunting is not cheap, and along the way countless employees make wages because of the hunter starting with transportation and equipment for the hunt. Once in camp, there are numerous local employees from owners, guides to cooks, to drivers, to trackers, to skinners who get paid because of the hunter. Many offer photographic safaris as well providing the opportunity for family members who don’t hunt, the ability to enjoy that adventure. Every animal that is taken is usually caped for the taxidermist. The meat is utilized in two ways, some goes to feed the camp, the rest goes to the local villagers who are not only thrilled to get the fresh meat but, in many cases, dependent upon it. Common misconception is hunters take the head and leave everything else. False, nothing goes to waste except some of the innards, which are left for the vultures and other animals that clean up anything that is left. All the meat, heart, liver, etc., are taken for food and this is universal in the hunting community.

I love to tell this story of a Letter to the Editor in another state from a lady who had problems with a similar hunting article. She noted that she couldn’t understand why “all these hunters just didn’t get their meat from the grocery store where no animal had to be killed to provide it.” Fact is, hunting is an honorable, viable, vital part of who we are as humans.

To sum up, I have a good friend who just happened to send me an article for our web site. It offers a suggestion on why we hunt, which some people don’t understand. This one sentence stood out: “God created man to be strong, wild and courageous. He intended for us to hunt and fish. It is also no mere accident that wild game tastes good!” So, it is the sense of adventure, the thrill and difficulty of the hunt. It’s the uniqueness perhaps, the sense of accomplishment, the camaraderie and while most hunts are actually not successful, when they are we get to bring home the bounty and enjoy it at our table with family and friends.

So, congratulations, Bill, you have acquired hundreds of tales of adventure, provided animal mounts so others can see animals they may only see in books. Thank you for spending your hard-earned money in so many countries, sustaining so many people and making so many friends along the way, and I’m sure too that every hunt, every animal you hunted, the smell of the campfires and the taste of wild game remain vivid in your memory every day.

Post Script: Like clockwork, a reader took offense at my defending the sport and the original article extolling the virtues of the hunter in yesterdays paper. I fought back the urge to respond but it was such a pathetic, illogical letter that basically noted the past could be explained but today’s civilized world demanded gentleness. As for we who hunt,  well we should just suppress our blood lust, our need to kill and just be nice. How does one armed with facts and the freedoms we have in this country and a love for the outdoors, hunting and fishing even begin to combat such ignorance? Like I said, it’s not logical, it’s just emotional. I’m sure the majority of these anti’s weep as they go through the checkout line with that package of steak, chicken and pork chops. Nice to have someone else kill that animal so you can dine, guilt free.