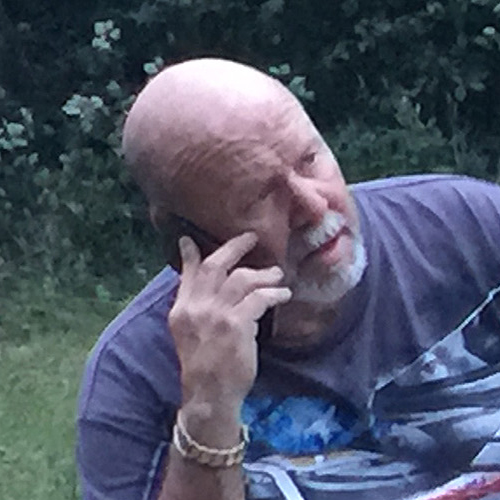 Every day, Chef Klause, Mike Ditchler, keeps in touch with his restaurants in Franklin and Mokena, Illinois.

Chef Klaus (Mike Ditchler) and Donald Duck Beckwith returned to the same area to continue Mike’s bearhunt. Time passed in their ground blind. It was a pleasant afternoon and Mike and Don visited quietly, catching up on the goings-on since they had seen one another.

As the shadows lengthened they heard a limb crack back in the trees. Minutes later they heard a second crack, this one was much closer. The Chef clipped his release on his bowstring, just in case.

The bear walked into view. 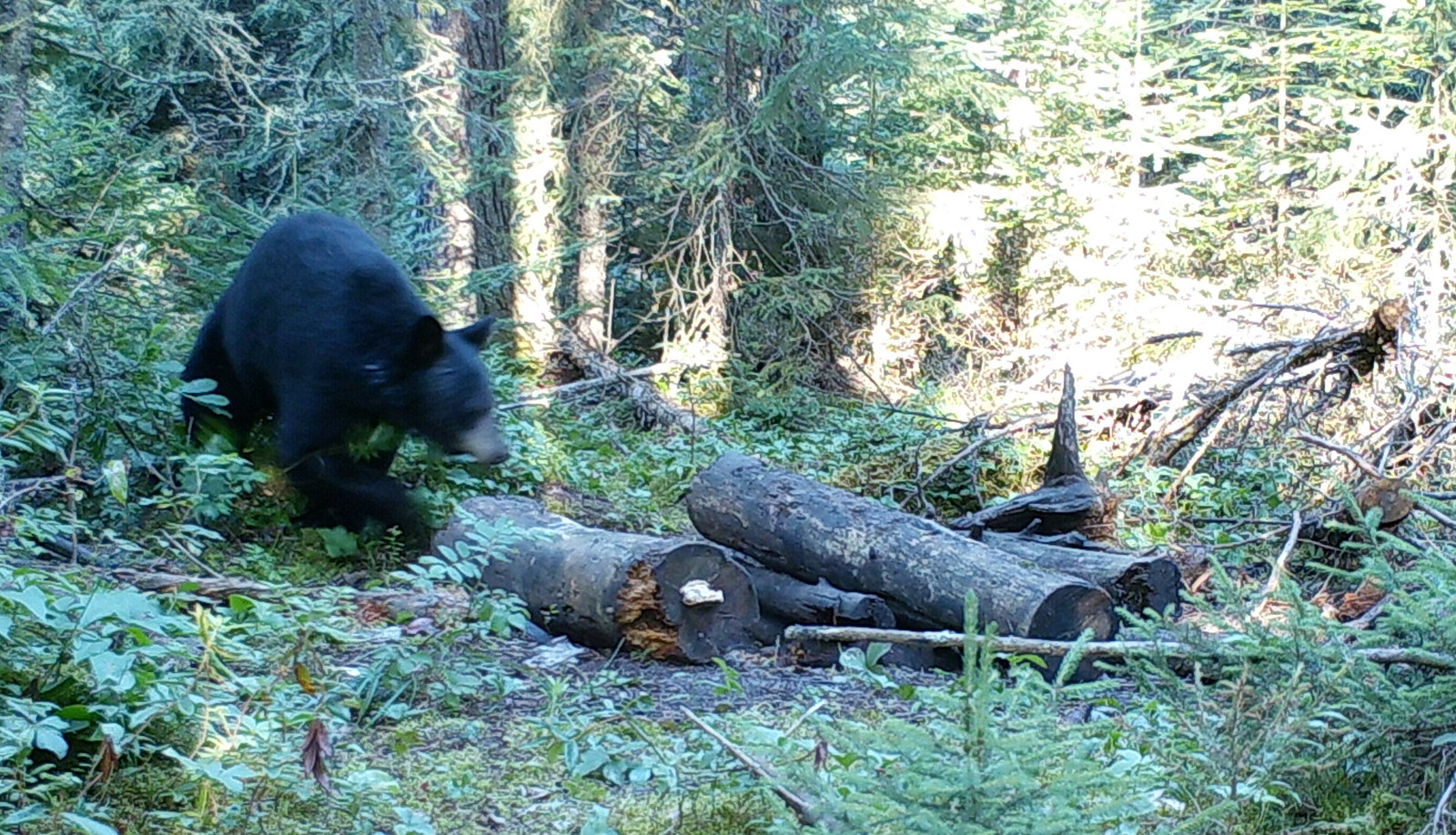 Quietly, the Duck took a picture and turned the video camera on. In a leisurely manner the bear pawed the logs around and fished out some of the goodies underneath, for 20 minutes.  Never once, did he turn broadside, and his fat butt was always in the hunters direction, leaving no shot opportunity.

When the bear was ready to leave he turned around and shuffled straight toward the Double Bull. 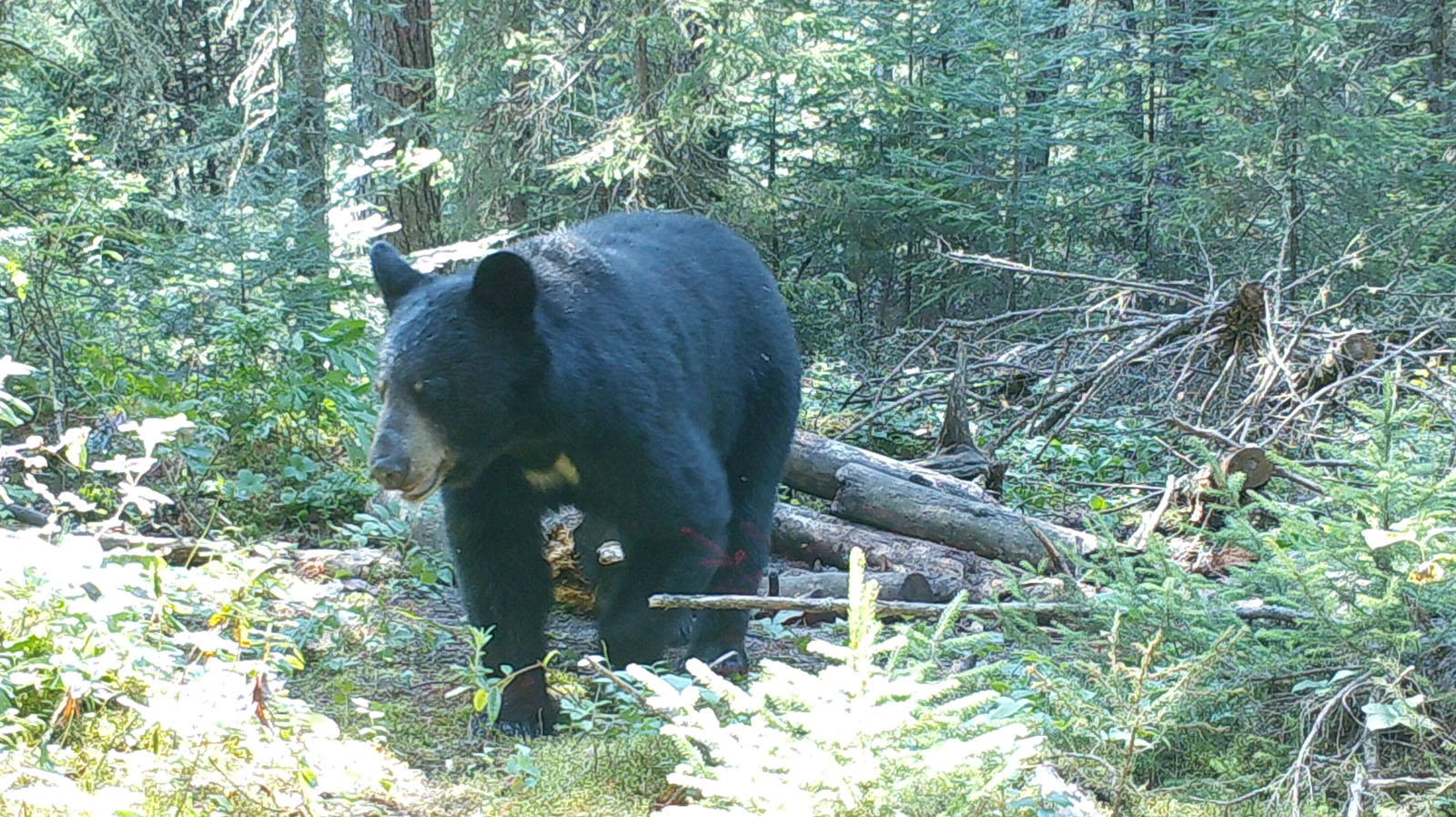 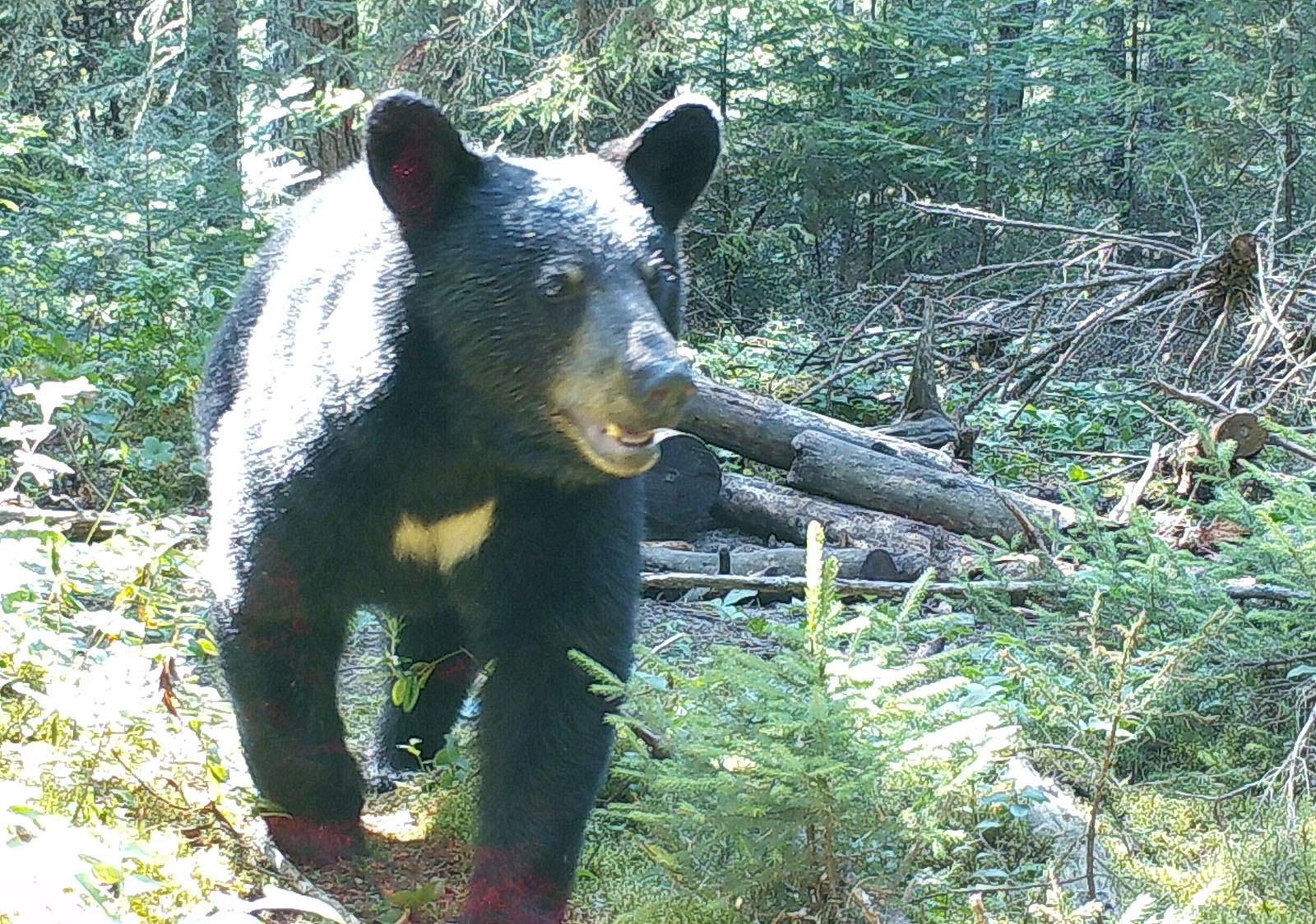 And closer yet … stopping directly in front of the blind, only an arm’s length away. 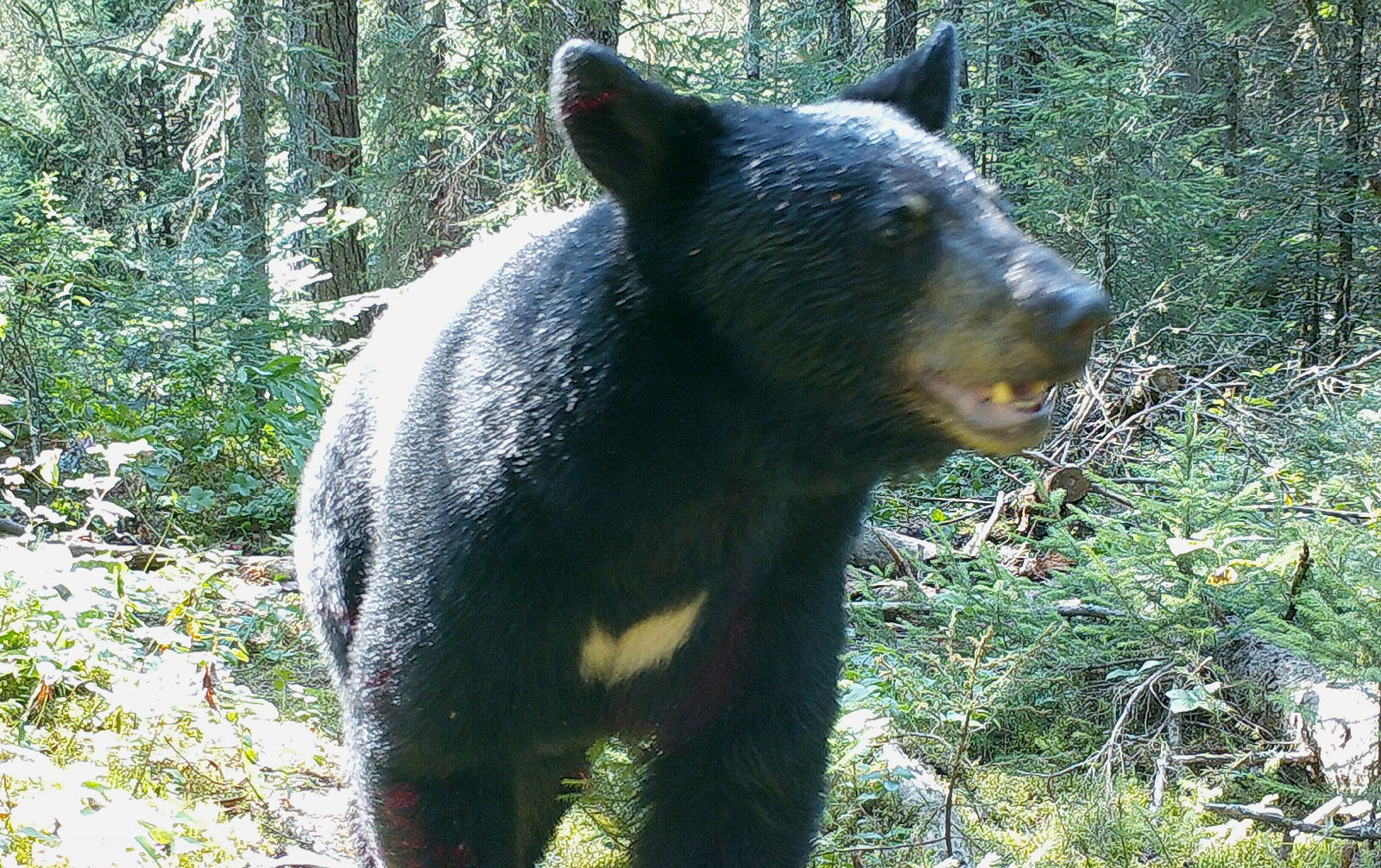 The Duck, the Chef, and Time froze in place as the bear looked the blind over. And, apparently, the bear decided the blind was in his way, and he turned half way around and took two steps. 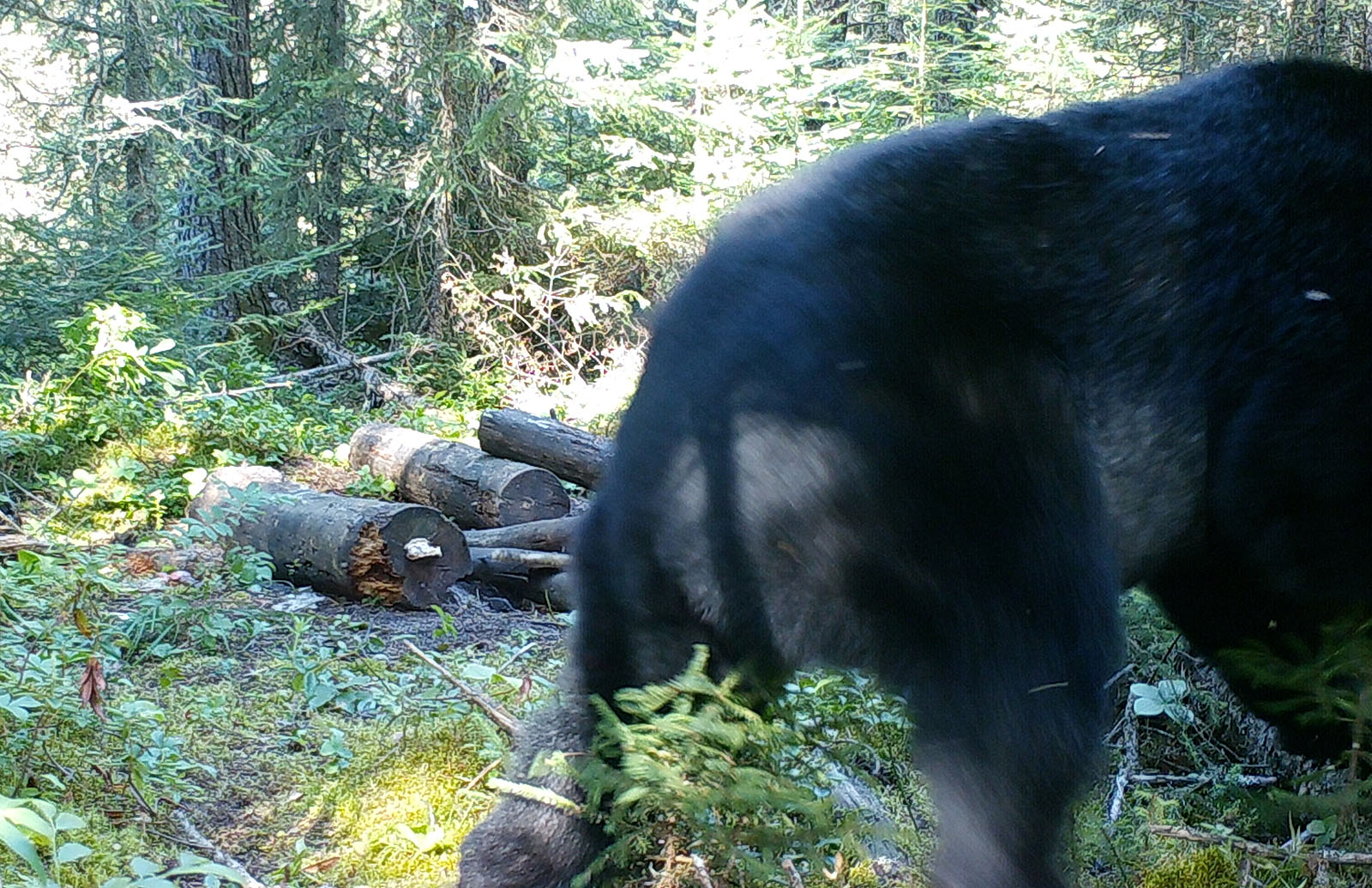 Finally, the bear was broadside! The Chef pulled his bowstring into the stops and took his shot at the bear’s vitals.

The arrow hit the fabric on the blind and careened off target, missing the bear entirely. He hurried into the brush and trees. Chef and the Duck waited until last light and walked through the woods  to the truck. It was a close one today.