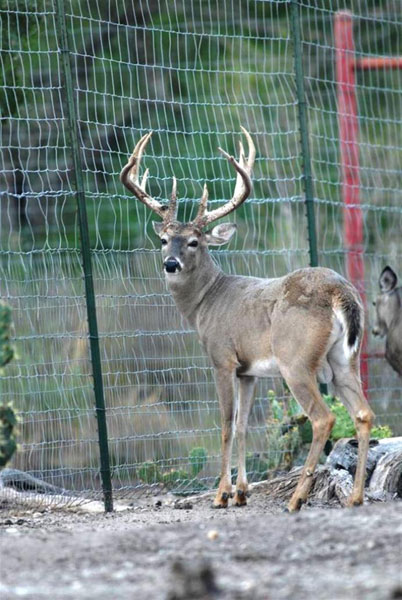 Maybe it has always been this way and I just didn’t pay attention, but for some reason, at the state and federal levels, politicians are ignoring science and playing politics with our wildlife.  With economic bad times, the lure of more jobs might be the cause of such terrible decisions, but whatever the reasons, politicians are ignoring science with some of their legislation.   Typical illogic that comes out of the present administration; the illogic that the government (state or federal) creates jobs.  That has never been true, and obviously still isn’t.

One prime example of this ignorance of science has just happened in my home state of West Virginia.  Here, legislators ignored the science and changed the future in a very negative way for our wild deer herd.  It all sounded so good.  Agriculture would take control (from the DNR) of our 29 deer farms and they’d create tons of jobs by selling venison to the public.  Apparently most legislators believed that this really would work and that thousands of rural jobs would result.   Silly.

A recent discussion with experts on this situation told me that West Virginia is now one of the only states (if not the only state) to allow white-tailed deer meat to be sold in stores and restaurants.  There are over 900 deer farms in Pennsylvania, 400 in Ohio, 400 in Indiana, and none sell white-tailed deer venison.  You can buy “venison” in restaurants, and over the Internet (from one vendor), but its red deer meat.  I would think that if the sale of whitetail meat was such a big money maker and job creator, these other states would be doing it.  But they aren’t.  Raising whitetails is expensive, and this makes the meat very expensive.  Is there a market for $15/lb. whitetail steaks in West Virginia?  Doubtful at that price, plus most of the deer meat eaters in West Virginia already have the meat in their freezers from hunting season.

So, selling venison was never what the new West Virginia Captive Cervid Farming Act was all about.  It’s about selling big antlered bucks to shooting preserves, and selling semen from huge bucks to other deer farmers.  To do that you have to move deer in and out of West Virginia from one deer farm to another, or to a shooting preserve.  In order to do that, the legislature had to take control of deer farms away from the DNR.  It’s happened in other states for the same reason, and now it has happened in my state.

Moving control of deer farms from wildlife to agriculture is all about ignoring real data and playing politics because legislators believe that there are more jobs to be had in deer farming then are created by wild deer herds.  In most states the wild deer herds bring in $200-$500 million a year from hunting, equipment, food, vehicles, motels, campers, you name it.  And thousands of jobs exist because of that.  This isn’t rocket science.

The answer is simple.  They fear for the loss of our wild deer from diseases that are spread by deer farms.  Our wild deer herd in West Virginia is worth over $220 million a year and creates thousands of jobs.   Deer farming jeopardizes that and we’ve got lots of examples from other states to substantiate those fears.

Chronic wasting disease is found in 23 states and in 12 of those it was first detected in a commercial deer operation.  Evidently West Virginia legislators think our deer farms will be different.    Twenty-two states do not allow captive deer imports because they do not want CWD to infect their wild deer.  Tennessee does not allow deer farms, and Arkansas is eliminating them.  Many states will not allow deer to be moved in or out of those states.  Wonder why that is?

Here is one of many examples that show how deer farming spreads disease, as it will now in West Virginia.

Two years ago CWD popped up on a Pennsylvania deer farm.  That farm had shipped deer to many other deer farms, some in Pennsylvania, some in other states.  Thirty-three Pennsylvania farms were immediately quarantined.   Too late because last year a wild deer was found to have CWD near Bedford, Pennsylvania, near one of those quarantined farms.  Bad enough, but it gets worse.

Forty-three Ohio deer farms were quarantined when they learned that 125 potentially infected deer were bought from contaminated farms in Pennsylvania.  One Ohio farm sold potentially contaminated bucks to seven shooting preserves in Kentucky.  (I might add that Ohio transferred control of deer farms from the DNR to Agriculture in 2012).  When officials went to check whether deer shot on those Kentucky preserves were CWD positive, they found that none of them had been tested, as required by law.  Hmmm.

Even though agriculture officials say they will keep good tracking records to keep CWD out of West Virginia, the example above is one of many where the system failed.

Let me address one other amendment that many state politicians put into their deer farm bills thinking that it would prevent CWD from crossing their state lines.  That amendment basically states that before a deer can enter the state from an out-of-state deer farm, that farm must be certified that it had no CWD-positive deer for five years.   Several states have bought that argument.  Too bad it doesn’t work well.

There have been several instances around the country where deer have been brought from certified farms and when they did that, they brought CWD into that state.  The reason the five year certification requirement does not mean anything is because we don’t know how long the disease can remain inactive in a deer.  It obviously can be more than five years.  And once CWD is in the game farm population, it can easily get into wild deer via the prions that cause the disease.

Prions are literally indestructible.  We now know that crows can eat an infected deer carcass and transport the prions long distances.  We know that plants can pick up prions from the soil and animals will consume those plants.   There’s more on prions that make CWD scary, but let’s move on to how the hunter is affected in negative ways.

When CWD is found in the wild (Pennsylvania and Ohio were the 11th and 12th states in which CWD was detected first in a commercial deer operation then moved to the wild) here is what happens.  The state brings in sharpshooters to shoot as many deer as possible to contain the disease.  Thus, hunters lose.  If you own land in that area, and you hunt there, you lose.  If you try to sell that land, you lose again.  Where CWD is found in the wild, property values drop.   For example, it is said that in the CWD hot zone in Missouri, recreational land value is $200-$350 less per acre than outside the zone 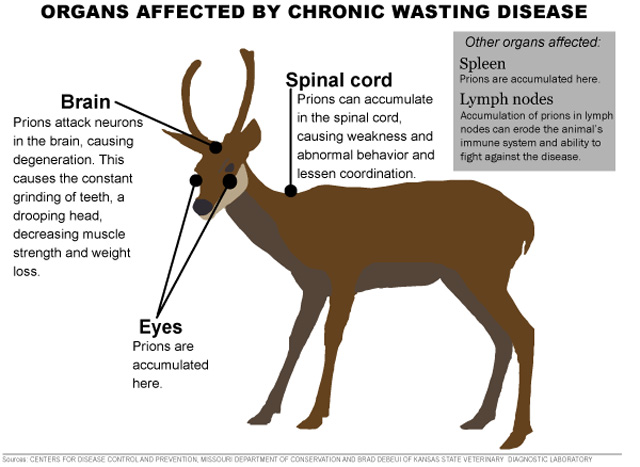 If you hunt in a CWD area, you may have to check every deer shot at a check station.   If you live outside that CWD area, but hunt there, you will probably have to bone out all meat to take it home.  You won’t be allowed to bait in those areas either.

Research shows that CWD hits the oldest bucks the hardest.  Again, hunters lose.  When CWD is found in the wild, for a period of time hunting participation there declines (as yet not really known how long).  This affects the local economy in negative way and impacts the rural economy that legislators said they wanted to help.

The Department of Agricultural Economics at the University of Tennessee did a study to estimate the economic impact of CWD if it should appear.  They found that in Tennessee “the total economic losses to be $98 million and 1,495 jobs.”  Tennessee understands this issue and has a ban on deer farms.  Too bad other states don’t understand that.

Sixty-six deer farms now have CWD in 23 states.  Also 22 states have banned captive deer imports.  In Missouri last fall, both the Department of Conservation and the Department of Agriculture opposed transferring control of deer farms to Agriculture, and the legislature still voted to do that.  Fortunately the Missouri governor vetoed that bill, but you can bet it will be back next year.

In Iowa last year the Department of Agriculture announced that a captive deer herd of 356 whitetails was destroyed because 280 had CWD.  There’s more, but you get the idea.

In this deer farm example, apparently state legislators believe that jobs outweigh the data that shows that the potential loss of the wild deer.  Part of the reason here is that legislators, and hunters, do not understand just how negative this CWD will be on wild deer and elk herds.  We haven’t seen just how bad it can get, though Wyoming is starting to realize that.  Until hunters and legislators understand the real negative impact CWD will have on wild deer, deer farm bills that help spread the disease will continue to pass.  Sad times these.