Scouting In August Tells You What You Need To Know 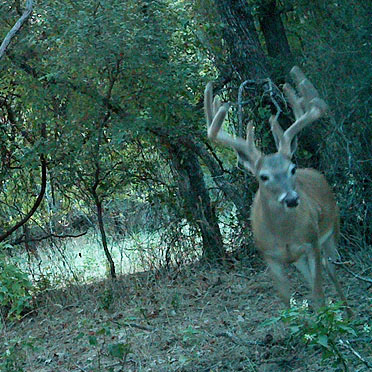 Scouting Notes From Grapevine Hill: In August the bucks still have some antler growing time left; we’re talking about things like longer main beams, increased tine length, lengthier stickers and possibly a new point or a  crab claw point. One thing for sure, the bucks that are going to have a big racks in October  already have an impressive rack in August.  They have the width they’ll have this year and, with very few exceptions, the number of points.

To me, this time of the year is super exciting and every chance I get  I take deer pictures. Also I use several SpyPoint cameras to take pictures of trails, crossings, ridges, fence lines and other places where I might get pictures of this years deer, with an eye out for the big boys of our area.

Earlier, I had  walked the fence and found a new, very big, crossing under the fence. So I put a camera there on August 1. And that proved to be a good thing, buck wise.

There were over 100 doe pictures and most of them were along the trail in this picture. This tells us that the basic deer travel pattern is from deer coming out of, or going to, the 90 acre acre field. And dito for the nearby corn field. There are also three cross trails in this narrow strip of woods (20 to 25 yards wide). 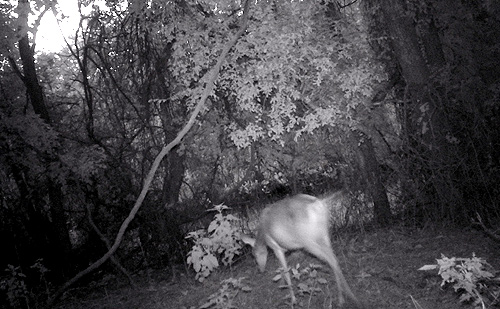 I got the SpyPoint camera a bit too close to the first trail there were a couple dozen close up pics that consisted of deer body parts. Here’s a young buck that was in several pictures. 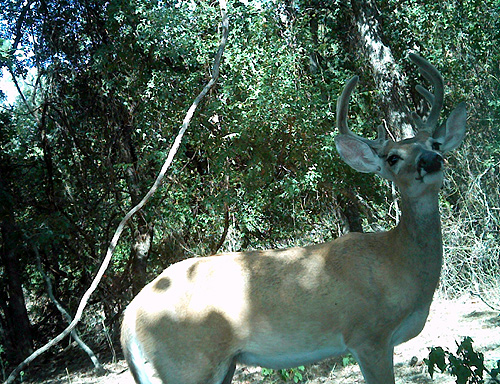 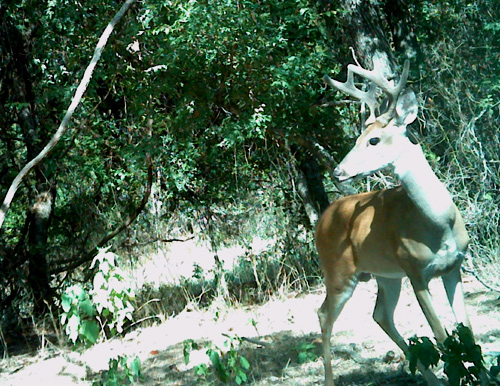 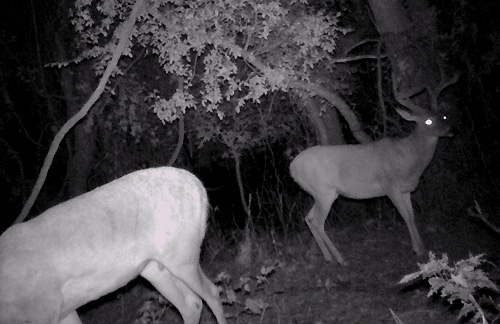 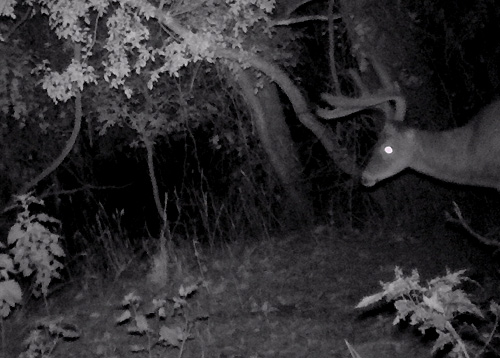 And now we’re talking. For starters, this buck is in the area during daylight, which in my opinion is always a good thing. It’s early morning. And this buck has a nice 9-point rack that has a kicker on his left second tine. It is possible, in this pic, that he could have an additional point on the right main beam that is blocked by the camera angle. 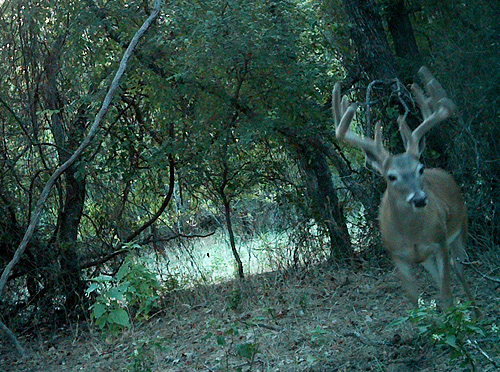 Dr. Burkenstock's "That Itch Stuff": No Mess, No Smell, No More Itching

Don't Carry Your Bow. Let Goat Tuff's GT Claw Carry it For You.