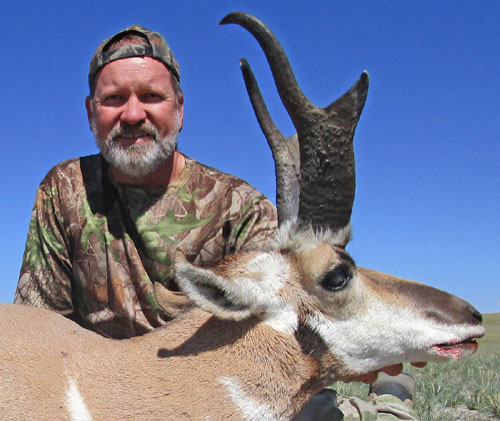 There are a number of terms in today’s culture that have been misused and abused to the point where we no longer know what they really mean.  A big one being misused and misunderstood today is the term “trophy hunter”.  To the uneducated or agenda driven individual the term “trophy hunter” has come to mean someone who hunts only for a trophy, that they can hang on their wall, with no concern for the rest of the animal.  This definition of trophy hunting is a false premise that only happens with the most unethical of hunters.  What I mean to say is, this just doesn’t happen on 99% of hunts.

I’m a trophy hunter and very proud of it.  I make no apologies to anyone for being a trophy hunter.  I’ve been a trophy hunter since I was 8 or 9 years old.  The first rabbit I shot with a pellet gun was a trophy.  My first pheasant was a trophy as was the last one I shot and every one in between.  Pheasants are absolutely delicious and although I do have a few decorating my house, the real trophy is in the meat.  As far as I know, every hunter I’ve ever met was a “trophy hunter”.  The hunt itself is a “trophy” to be enjoyed and remembered.  If you kill a deer or elk or duck, no matter what the size, you have another great “trophy” to be cherished for however long the meat and the memory lasts.

The anti-hunter crowd have co-opted the term “trophy hunting” and given it a false definition in order to advance their agenda, which is to stop all hunting.  They claim that a “trophy hunter” only hunts for the antlers, horns or hides and nothing else.  While there may be a dozen or so unethical individuals who actually fit that definition, the number is so low that it shouldn’t even be part of the conversation.

In all of North America and in most other countries, it’s against the law to allow any edible portion of a game animal to go to waste.  Hunters pushed for that law and adhere to that law.  With the exception of some bears, but not all, and some lions but not all, hunters utilize the meat of almost everything that they kill, even the so called “trophy hunter”.  Some bears and some lions are not eaten by humans but there is still a defined reason for these animals to be hunted.  We hunt predators for population control, revenue generation and the overall stability of the entire eco system.  To stop doing so is almost always detrimental to the eco system, the local economies and the populations you wish to protect.

As leaders of the hunting community there are a number of things we can do to change the conversation.  Just like almost every other issue, there are a small percentage of people who live and breathe hunting on one side and a small percentage of people who abhor hunting on the other.  It’s the group in the middle who will decide the future of our sport.

If we emphasize the “trophy moments” of our lives, the term “trophy” will begin to take on a broader meaning.  We can use social media to do this and unlike the anti’s we can do it honestly and still make a difference.  We can post pictures of the smaller animals we take and emphasize how it was a “trophy,” how the hunt was a “trophy,” how the time in the woods was a “trophy.”  Talk about the “trophy moments” with friends and family even when it has nothing to do with hunting.    A perfect example is M.R. James’ facebook postings.  He regularly posts photos of does and fawns and other animals he sees while wandering around and while hunting.  By doing this he is influencing how others feel about the outdoors in a positive way.

We also need to be very careful about the things we post that can harm our cause.  A popular phrase going around today is “I don’t apologize for being a hunter”.  That’s a great statement but posting pictures of blood and gore will only hurt our image.  We have to remember that most of the people who see our pictures simply don’t understand hunting and showing something that gives them a negative feeling is not good for hunting.  If the only picture you have shows a lot of blood, don’t share it.  If all you have shows a deer in the back of a truck or hanging like a side of beef, don’t share it.  If the arrow is still in it, don’t share it.  Before you post a picture think about how your co-workers, your church friends and even your daughter’s friends at school will feel about it.

If a few thousand of the best and most ethical bowhunters in the world start doing this on a regular basis, how long will it take to start changing the conversation?  It’s time for us to define what we do and not just sit back and let our enemies define it for us.  We OWN this conversation.  Let’s take the time to make it known in the most positive way possible.