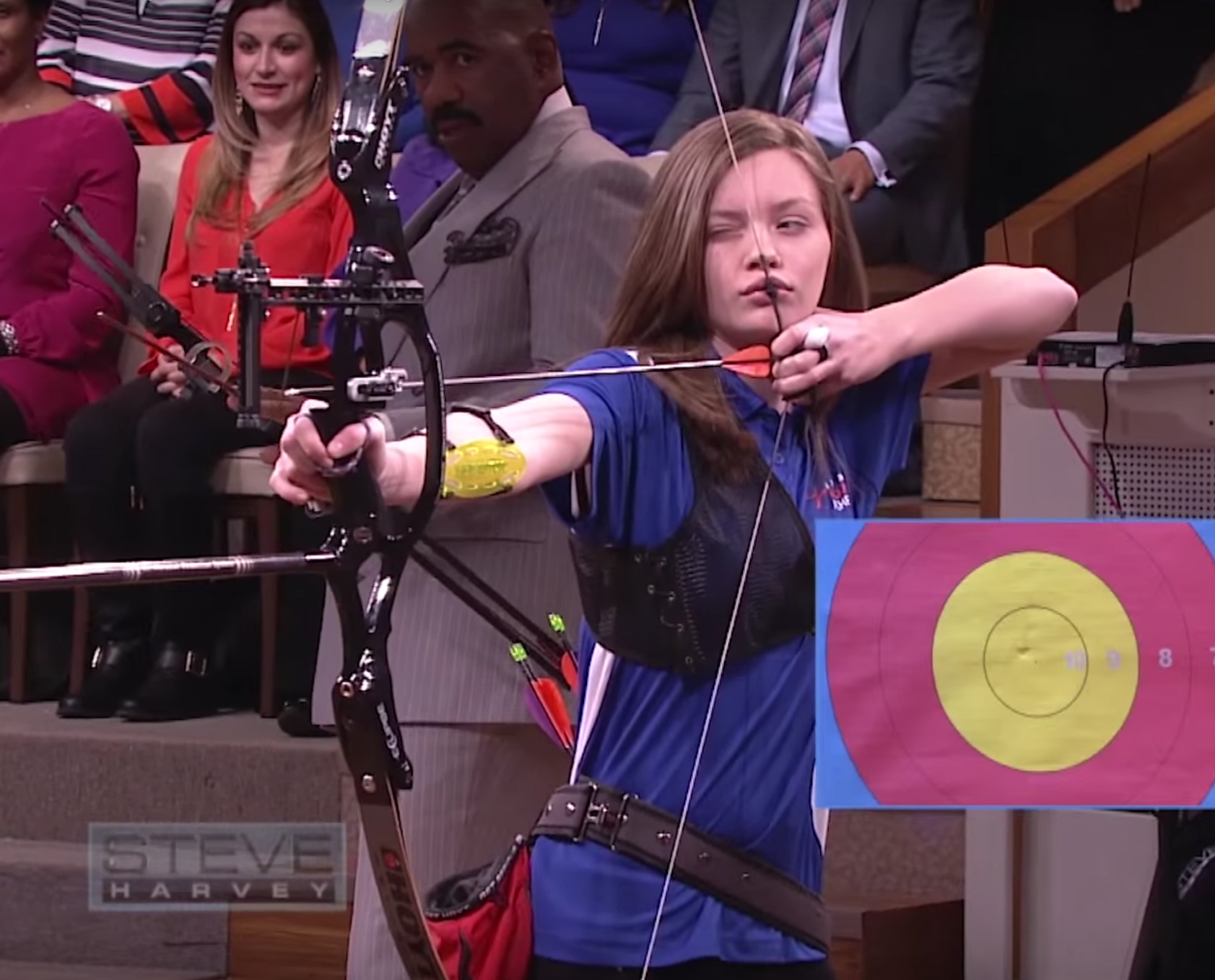 Sydney Simmerman is a 13-year-old Archery Champion who has her eye on the Olympic games!

As a guest on the Steve Harvey show, Sydney competes with Steve Harvey. Here is the video of her appearance.

Sydney got her first bow when she was 3 years old. Not a hair bow, an archery bow.

Eight years later, she is a world champion.

In April, Sydney Simmerman of Hallsville competed in the International Field Archery World Indoor Championship in Yankton, S.D. She won her division. In only her second year of competitive shooting, Sydney set the world record in the Cub Female Compound class with 886 points out of a possible 900.

Recently Sydney began practicing the Olympic style of archery and has won 2 world championships. And now she is focused on competing in the Olympics.

The 5 Deadliest Snakes in Asia