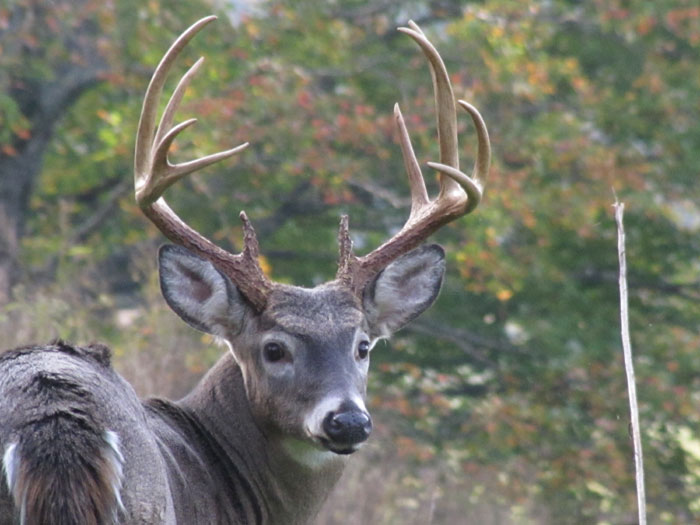 More than 25-years ago, some revealing deer vision research was conducted at the Univ. of Georgia. On the team was some of the nation’s top whitetail scientists plus an animal vision researcher from a top California University. They used medical vision research equipment to determine how a deer’s eyes saw the world. The results were shocking and rocked the hunting world.

That meant that hunters with UV-hot camo were especially visible to deer. The hunting industry responded and most camo companies removed the UV brighteners from their base cloth and a group of hunting scientists at ATSKO, developed a scientific formula for a spray that covered/eliminated the UV glow. They named it UV-KILLER. The same scientific company developed a laundry detergent that contains no UV dyes and removes human odor from clothes. You know it as Sport-Wash.

For a while, most serious hunters responded to the deer vision alert and paid attention to their camo by checking it with a black light and treating it with UV-KILLER if necessary. A lot changes in 25 years. Back then, bows shot 220 fps and there were only four camo patterns available to hunters. Today many of the new hunters don’t understand deer vision. Most wrongly think deer see in black and white. Their lack of knowledge is compromising their success.

Recently, one of the students who participated in the original deer vision research launched and led a new project to further determine what deer see. This scientist is Karl Miller, PhD, of the University of Georgia. Karl is at the forefront of whitetail research and has his name on much of the current whitetail deer research.

The project he and his colleagues designed was a behavioral study using feeding stations, captive deer, colored lights and free choice.  Among the feeding stations, one of the light values corresponded to the UV spectrum. The researchers confirmed that indeed the deer were able to see and identify UV. Deer clearly responded to UV light in the new study.

These two panels give you an optical idea of what we see and how a deer see’s his world. We see a hunter with full spectrum visible light observable to humans as in Panel #1. However, a deer sees his world with a different set of eyes. If the hunter’s camo is laced with UV brighteners, the deer will see the reflected luminescence. The bright blue object would likely alarm deer and at a minimum bring attention to the hunter.

We now know even more about how a deer sees his world. The 25-year-old optical-metric scientific research was confirmed. You can read the entire new scientific paper at published in the Wildlife Society Bulletin : OnLine Library

Serious hunters should check their camo for UV-Glow. To check and fix the UV issue go to www.atsko.com