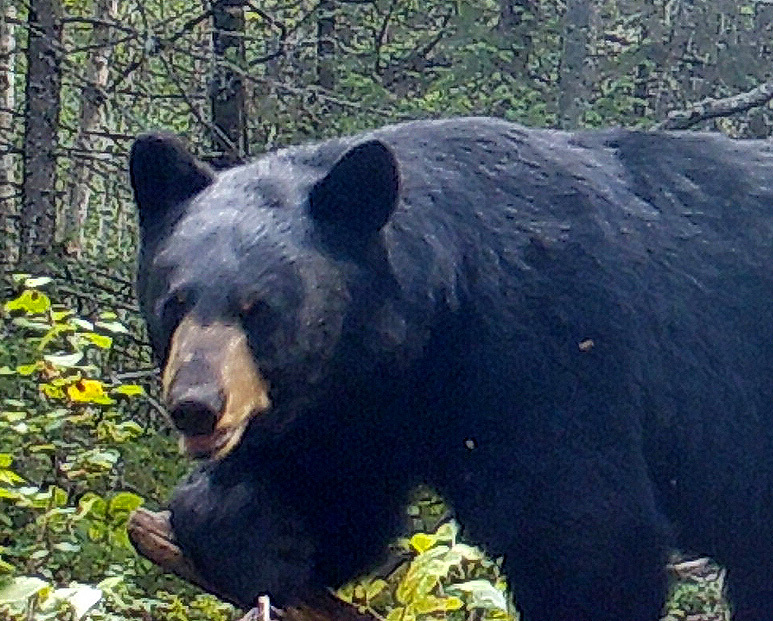 Everyone got up early, we had plenty of work to do today. Tomorrow we are leaving and all the hunting stands, and blinds (except for mine), kitchen gear, and all the camp stuff had to be packed into Mike Ditchler’s tailor for our return trip early tomorrow morning. So we were busy loading everything. Normally, we would leave the kitchen items, treestands, and other gear stored where we were, but this was the last of Fred’s many year’s of taking bear hunters to bearhunt bears in Ontario. So this trip we had to load it all and take it back.

So the Duck and I were a little bit later than usual getting out to my HR hunting area and into my Double Bull blind. I dumped Fred’s bear goodies on the ground and covered them with logs.

With that done, I returned to the Double Bull. The Duck was already set up to go and I handed him my bow through the blind'[s main shooting window window and then I got inside myself. 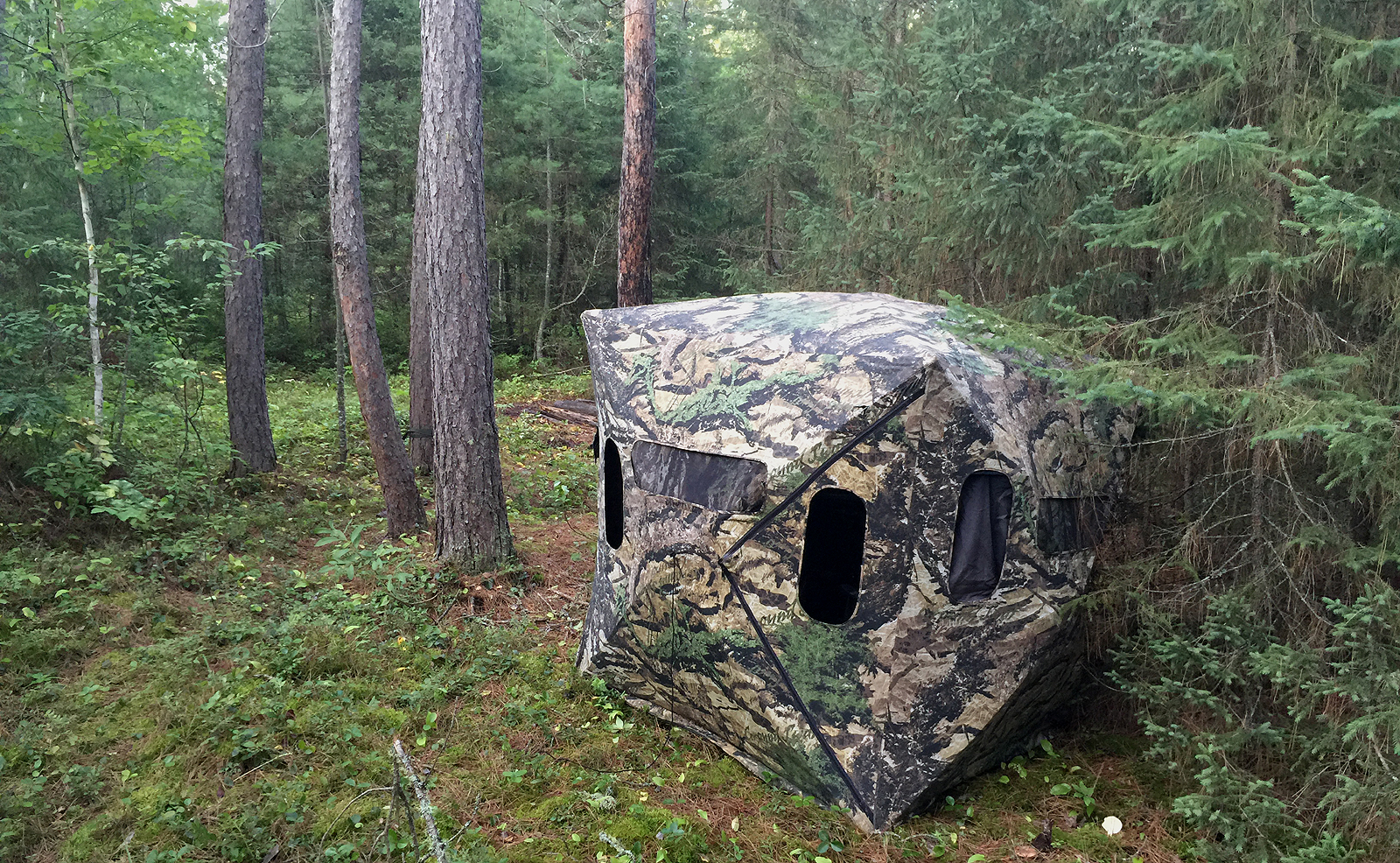 Time passed slowly. Before long I was struggling to keep my eyes open, I was definitely tired. This afternoon I was going to do two things that I would regret. The first one was sometime during my struggle to stay awake. I dozed off.

Half an hour later, the Duck poked me to wake me up. I looked at him. Wheew, I really felt groggy. The Duck turned his eyes from mine to the area in front of us. A very large bear was 10 yards away, broadside. He showed up without a sound, and the big boar slowly moved toward the logs, again without a sound. I had my iPhone in my lap and took a picture of the bear. 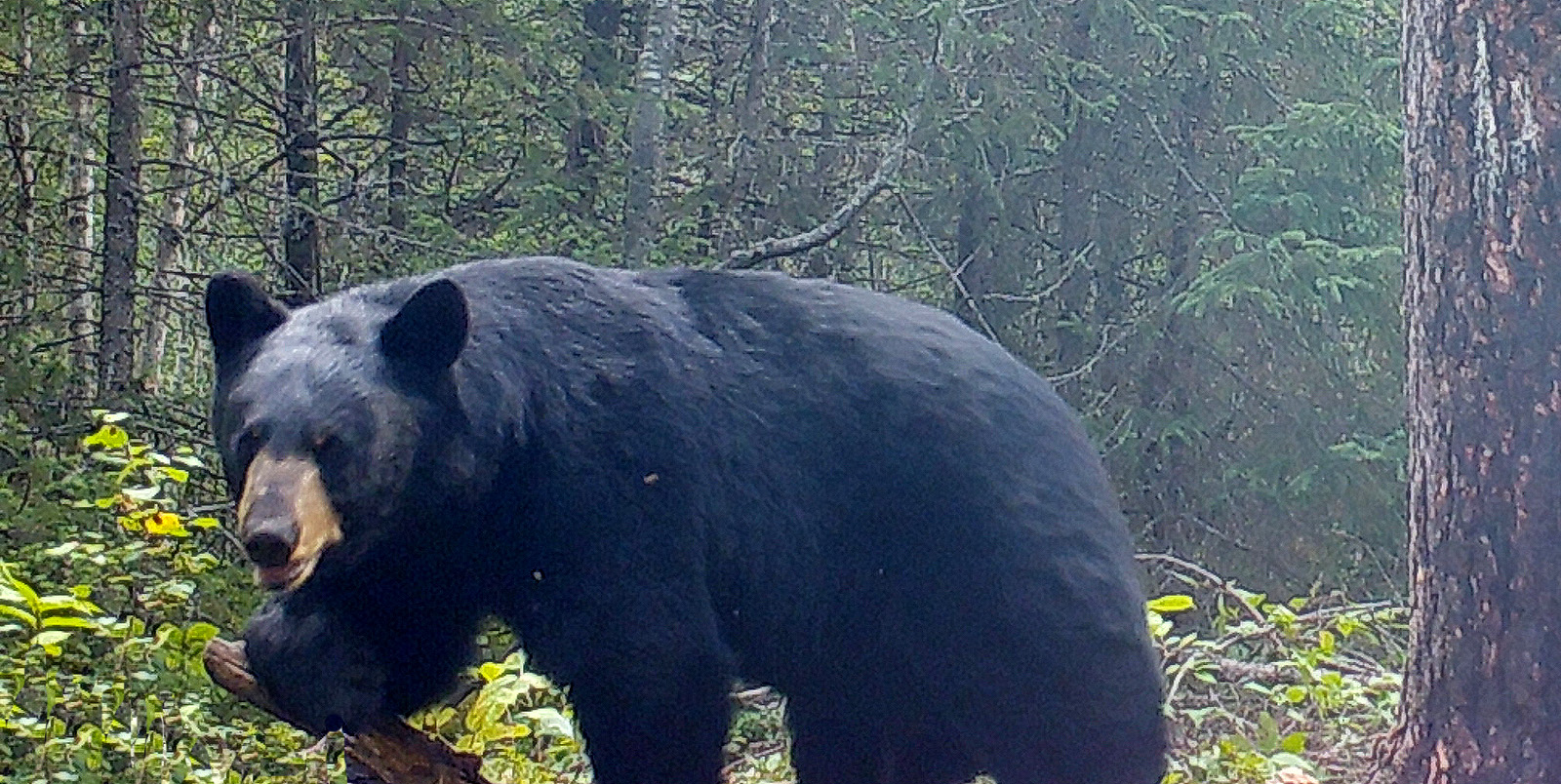 I was not groggy now. I reached for the top limb of my bow and extra carefully moved it so I could grip the handle and get in shooting mode. When I looked back at the bear it was disappearing into the woods.

Not to worry. Many times a bear will leave and circle the area or stop in the woods and wait, possibly for a long time, and then return.

No problem staying awake now. Again, time passed and with less than an hour left to hunt we heard a “crack” of a limb. Two minutes later I noticed something black moving through the woods 40 yards away.

How To Make A Survival Bow and Arrows