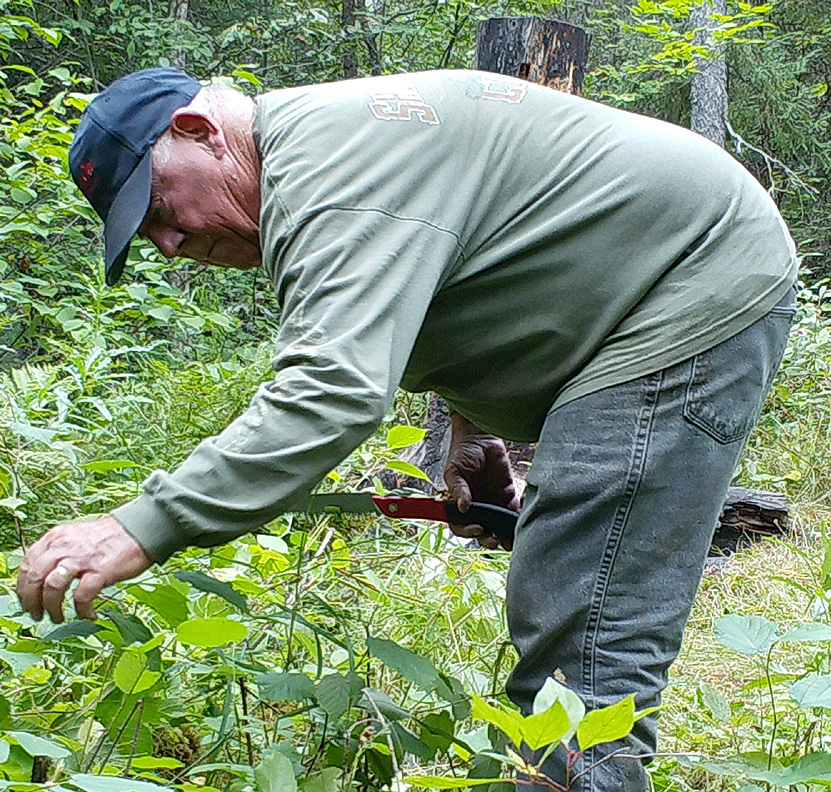 After Fred (Lutger) got his big bear it was my turn to be the hunter. This year’s bearhunt was a 6 day hunt and my first hunt was on the 5th day. As usual on hunts with Fred Lutger the hunters were bringing in bears and 3 more were brought in to the skinning table.

I wanted to hunt one of my favorite areas called HT and Don Beckwith and I went out in the early morning to be sure everything was ok. One of the things I knew we had to do was trim some undergrowth out of the way in my shooting area. I got inside the ground blind and pointed out where trimming and cutting was needed and Donald Duck cut down and trimmed away until anything that could deflect a shot was gone.

Normally, I like to check out where the bears are approaching the area. But with only two days left to hunt I passed on that, I did not want to leave any sign or scent anywhere a bear might be before I see him.

With the cleanup done we put two chairs inside the blind and got the SD card out of ther game camera I had set up. Then the Duck and I returned to camp. A little later, after a good early afternoon meal we got ready for the afternoon hunt.

To cut to the chase, we were without bear visitations. Nothing.

Now, should I move to somewhere else? Or make my last hunt right here?

Well, the picture I saw on the SD card decided for me. 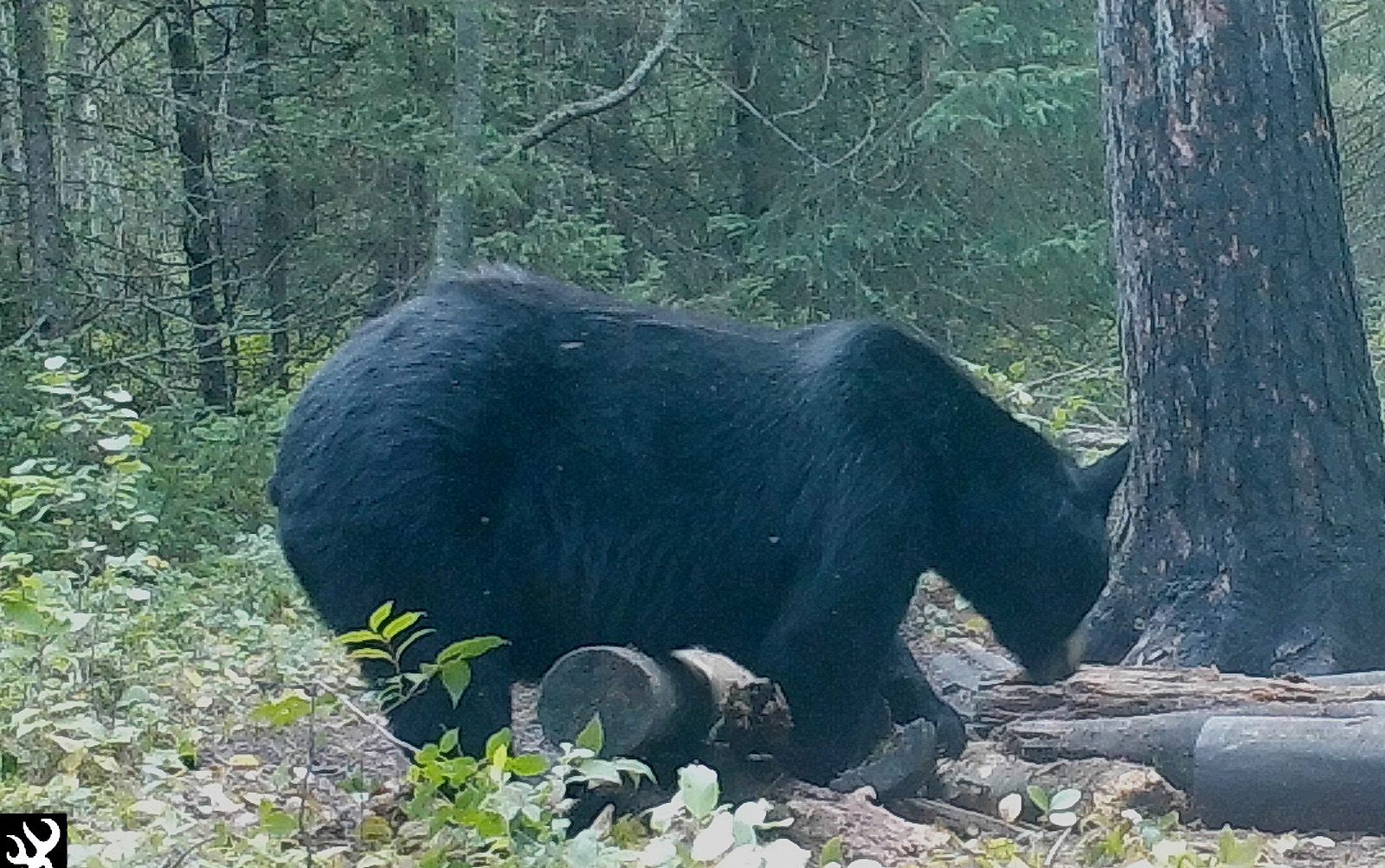 Pigman Shows Us Why His Broadhead Is Grim Reaper