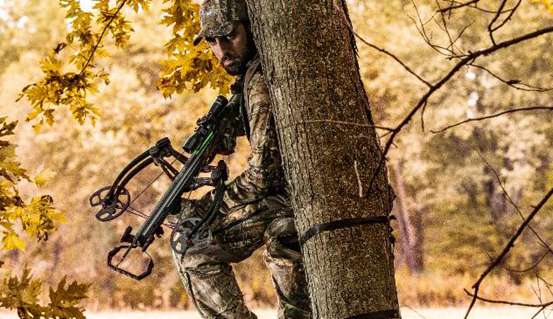 Conventional crossbow wisdom says the only way to get lightning speed is with a back-breaking draw weight.  But who wants to shoot a crossbow that makes the cocking process an ordeal? The Barnett VENGEANCE 2 crossbow flies against conventional wisdom as it slings an arrow at an amazing 380 feet per second with a feather-light 145-pound draw weight!

So how does the VENGEANCE 2 create that amazing speed and still have such a comfortable draw? The answer starts with its radical design. Masters of the horizontal bow, Barnett’s engineers created one of the most efficient one-two punches in crossbow performance. Combining Barnett’s Custom Composite Laminated Limbs and exclusive Crosswire® String and Cable System with their Reverse Draw Technology result in a super-long 18″ power stroke that packs in a whopping 128 foot-pounds of kinetic energy. No longer must crossbow hunters choose between speed and a comfortable draw.  The Reverse Draw Technology also brings much of the crossbow’s weight closer to the shooter’s shoulder, resulting in a steady hold and dramatically increased accuracy.

The VENGEANCE 2 include Barnett’s patented Carbon Riser Technology for 43% less riser weight, and a side-mounted quick-detach quiver that helps keep arrows from catching on branches and other obstacles.

The Barnett engineers sweated the details with this crossbow. The VENGEANCE 2 is powered with TriggerTech Technology. As a $200 added value, the TriggerTech system increases the accuracy by providing a crisp, 3 lb. pull and an instant zero-creep release. TriggerTech’s Frictionless Release Technology™ (FRT) is a patented free-floating roller that sits between the sear and the latch.

The roller eliminates sliding friction that causes creep and heavy pull-weights. TriggerTech also incorporates a nock sensor system that insures an arrow must be properly seated to fire the crossbow. 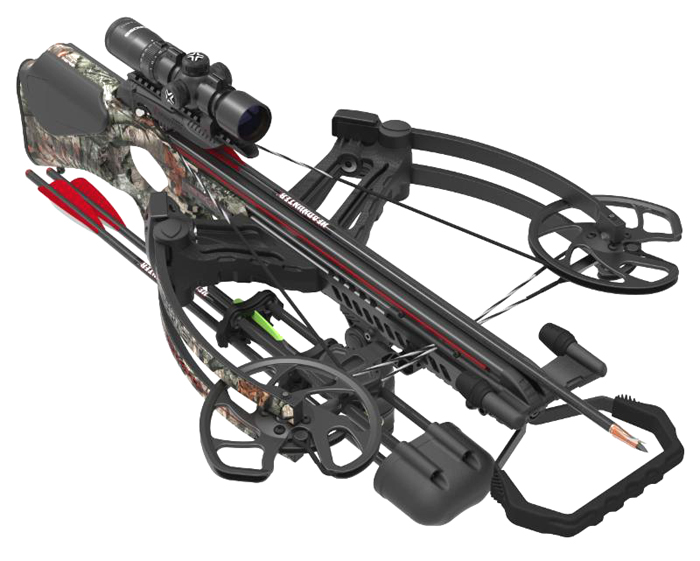 Additionally, the VENGEANCE 2 sports Barnett’s Patented Floating Bristle Retainer System (FBR). The Floating Bristle Retainer is a noticeable upgrade over standard arrow retainers found on most crossbows. It provides a solid and durable arrow retainer that is user friendly both at the range and in the field. With it, users can be confident that the arrow is properly seated and ready for the next shot. Additional safety features include an anti-dry fire trigger and an adjustable pistol-grip foregrip.

Available in Black or Realtree® camouflage, the Barnett VENGEANCE 2 is sold through retailers as a complete package including the crossbow, a quick-detach quiver, three 20″ Headhunter arrows, a rope cocking device and a Premium Illuminated Scope.

No other crossbow on the market produces such amazing speed from a draw this light, so do yourself a favor and shoot a VENGEANCE 2 before you buy your next crossbow.

For more information about the Vengeance 2 and other Barnett crossbows, go to www.barnettcrossbows.com.

A Doe, a Deer, a Female Deer - Should you Shoot?