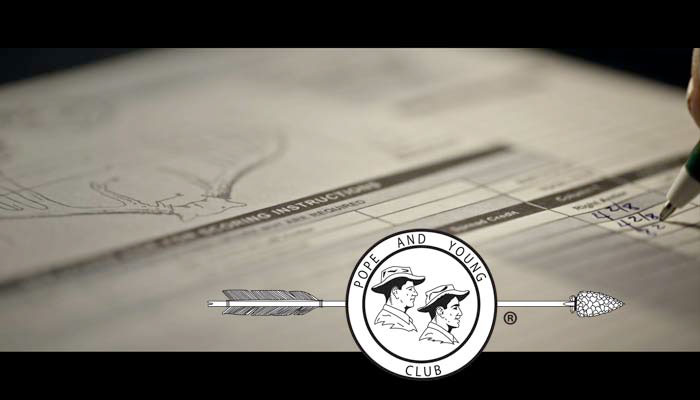 Earlier this year, a group of Pope and Young members filed a petition to add gross score to the Club’s Records Program as supplemental data. The petition had the required 10-percent membership support, which forced an official vote on the rule. The ballot was sent out late last month asking if the
voting membership was in favor of adopting a similar policy to Boone and Crockett in regard to
how the Pope and Young Club should record “gross score.” A majority of senior and regular
members voted in favor of the issue.

“This new policy is not to be confused with the Club’s ‘final net’ score,” said Joe Bell, the Club’s Executive Director. “This remains unchanged and will not affect the official ranking of each animal. Ranking is given to the animal’s final net score, not gross score. Gross score will be added only as supplemental data on the Club’s Official Score Sheet just as Boone and Crocket has done to their program.”

As a result of this change, gross score will now be the second number listed when publishing trophy
information. However, the animal’s gross score is not an official score and should not be used in this regard, particularly among the World’s Record species.

The gross-score feature will take some time to implement, in order to incorporate the mathematical
equations to properly configure the Records Program databases to reflect this new data. The Club will
provide official updates in the near future.

If you have any questions regarding the change, please contact the Club’s headquarters office or email Joe Bell, the Club’s Executive Director, at joe@pope-young.org.

The Pope and Young Club is a non-profit North American conservation and bowhunting organization
dedicated to the promotion and protection of our bowhunting heritage, hunting ethics and wildlife
conservation. The Club also maintains the universally recognized repository for the records and statistics on North American big game animals harvested with a bow and arrow.
Contact the Pope & Young Club office at:  www.pope-young.org  or Ph: 507.867.4144

CYCLOPS Intros LED Bar Lights! Get Out of the Dark

CYCLOPS Intros LED Bar Lights! Get Out of the Dark