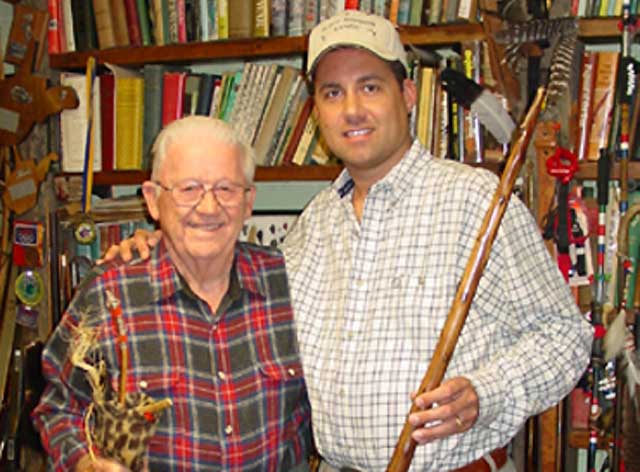 When you talk about pioneers in bowhunting, I’ve known one or two in my life.   Several actually.  Men like Earl Hoyt, Tom Jennings, Matt McPherson, Chuck Saunders, Gail Martin, and Jim Easton to name a few.  I’ve known some lady pioneers too like Ann Hoyt, Ann Clark and a few others.

I’d like to call attention to Robert Hoague and Rich Walton, who are also pioneers in archery.   Robert had this vision for what I call an “Electronic campfire” for bowhunters to gather on the World Wide Web. A “Home” on the web where bowhunters could chat, read articles, read equipment updates and learn.  Share memories of the hunt, tips and tactics and other information about new products. Robert started an early version of what would become “Bowhunting.net” way back in the early 1990’s.  Think about how long ago that was!

Rich Walton had a great reputation in the industry for his networking, his ability to market and his business savvy and came out with some of the most innovative ad campaigns the industry had ever seen.  Fortunately Robert and Rich joined up to help take Robert’s vision into the future. Robert wanted to hunt and write, Rich kept down the home front and edited stories, put up content, worked with the writers and advertisers.  In other words he was at home base minding the store and keeping the wheels turning.  Roberto was building up interest and the name. It became a huge success.

In my mind together this dynamic duo made history.  They have given us all a home.  A place where we can read, watch and talk bowhunting 24/7.  It’s a special place and I know Fred Bear would have been a fan.  He had a knack for knowing good promotional opportunities when he saw them.

Rich Walton and I also provided a labor of love in the history making “Celebrity Interviews” we have done.  We made a master list of top names we wanted to interview.  Typically I would write a set a questions, Rich would proof read, edit, and add a few questions and then we would send it to our celebrity to fill out.   Then the interview appeared in print unedited in 99% of the interviews and the words were  “From the horses mouth” so to speak.   After a brief hiatus involving a certain media company, bowhunting.net is back, better than ever and we plan to resume these vital interviews ASAP.

Looking back now, these interviews were probably the last media interview many of our Legends have made.  When I look at the list of those we have interviewed and how many of those folks are no longer with us, I am happy that we have the information in the celebrity’s own words with vintage photos .   Although Fred Bear and Earl Hoyt had passed away by the time we started this series, we have been able to interview legends like:

Rich Walton
And many, many more.   The Dick Mauch 1 & Dick Mauch 2 interview is special to me and had fantastic vintage photos and the Sherwood Schoch and Ted Nugent interviews are legendary too.  Mike Stegar’s interview was good too, he is Fred Bear’s foster son.   I also did a fun interview with my friend “Milo”, aka Dave Milam, Toby Keith’s road manager.  Fun interviews.

I want to personally thank my great friends Roberto and Rich. They are class acts and I have enjoyed writing for you guys.  Roberto and I have eaten many a good meal together including cheap Mexican food and Whataburgers and Rich has known me since I was a kid.  You guys are the best and I want to thank you for your dedication to your dream and vision for this site.  It has helped promote archery all over the world. 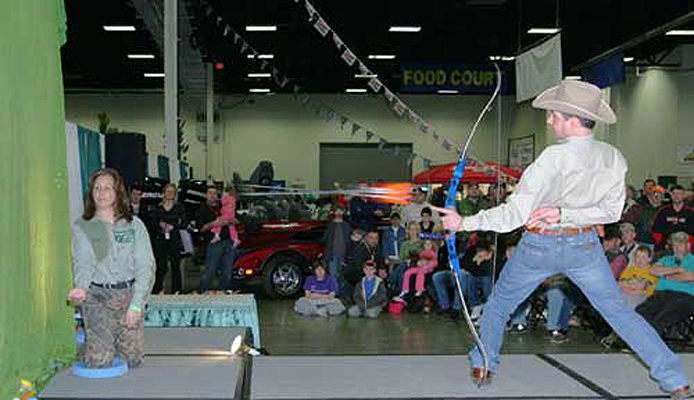 I want to thank my loyal readers who have followed my columns here for so long.  You come up at a show and smile and shake my hand and introduce yourself.  I appreciate that very much.  At least I know you read what I have to say.  Thank you.

My wife and I are enjoying our two sons and my parents visit us often.  We moved to Texas about a year and a half ago.  As the boys get older I have more time between shows to write again and so you will see more of my columns now.   If you have enjoyed the columns I appreciate it very much and as a grinning Ronald Reagan once quipped, “You ain’t seen nothin’ yet..”

And as for my exhibitions, I’ll be coast to coast again this year performing my unique version of behind the back “Bow and Arrow Razzle Dazzle”…