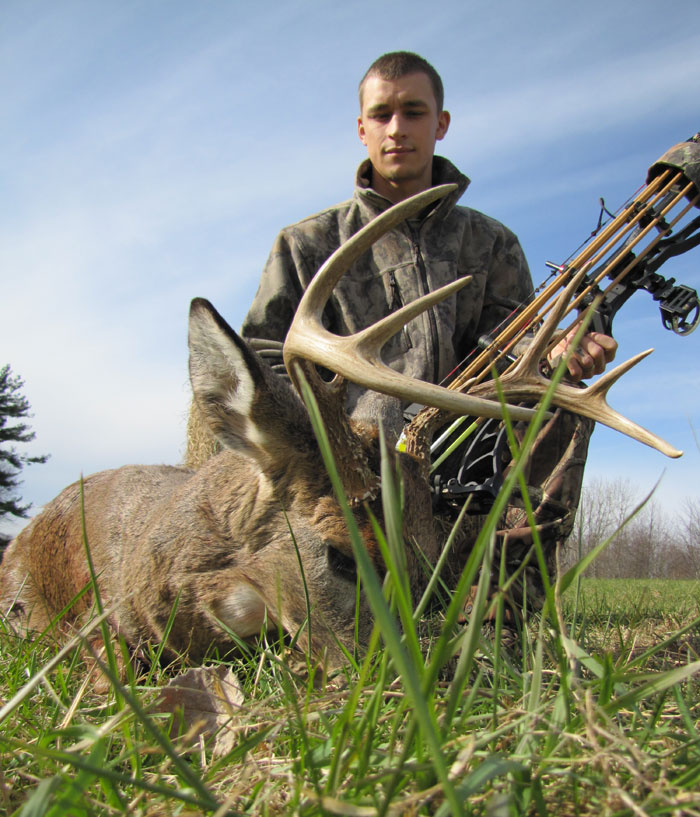 For decades we have heard that for every deer recovered by bowhunters there is another one lost. A pathetic 50% recovery rate. Well, a new study done across 24 years has proven that number false. Bowhunters are much better than that at recovering deer.

I was recently at the South-East Deer Meeting at the Univ. of GA. There were about 400 whitetail researchers professionals and professors at the convention. This is where the scientific community delivers their research to their peer every year. Although I have presented whitetail research, I was attending this year to learn what was new.

Because I recently (across the last 3-years) conducted intense slow motion research and testing on mechanical broadheads I was particularly interested in a paper given by Andy Pederson of the Naval Explosive Ordnance Disposal Division. Of course, they blow up bombs and missiles at this secure facility not far from the Potomac River in Maryland.

Like so many secure and fenced facilities the deer within the vast property need to be managed. The management there has been by a managed bowhunt since 1989. Andy has been intimately involved across all 24 years of data gathering. He has kept meticulous records of over 1000 bowhunts. Number of shots taken, distance of shots, AM or PM, number of deer hit and deer recovered.

The hunters are chosen by lottery but must have taken an International Bowhunter Education Foundation course, (which all bowhunters should take). They all had to pass a proficiency-shooting test. They could use a compound, recurve or long bow or crossbow. Until 2006, archers had to use a fixed blade broadhead. After 2006, they could use mechanical broadheads. This turned out to be an important variation.

All deer hit were carefully followed up and tracked by blood trailing then by a grid check. The results will surprise you.

Across 24 years of managed bowhunts the recovery rate for deer hit and recovered by bowhunters was 83.6%!

The average distance of the shots was about 17 and a half yards for compound shooters and just under 20 yards for crossbow shooters. This is consistent with the yardage numbers you will find if you research the shot distances of bowhunters who shoot a P&Y buck. It is a close range sport.

Now, for the most striking part of the study. From 2007 to 2012 mechanicals were able to be used… and most bowhunters used them. The result among mechanical users was an amazing 91% recovery rate. Yes, better than the fixed blade hunters.

Why you may ask? The answer is clear if you are open minded. Mechanicals shoot accurately, with more consistency.  They don’t have wings up front to steer the arrow. That is why they were invented…accuracy. Another number that the study revealed was that across the last 5 years mechanical hunters hit 94.3% of the deer they shot at, as compared to 89.4 % across the entire project. 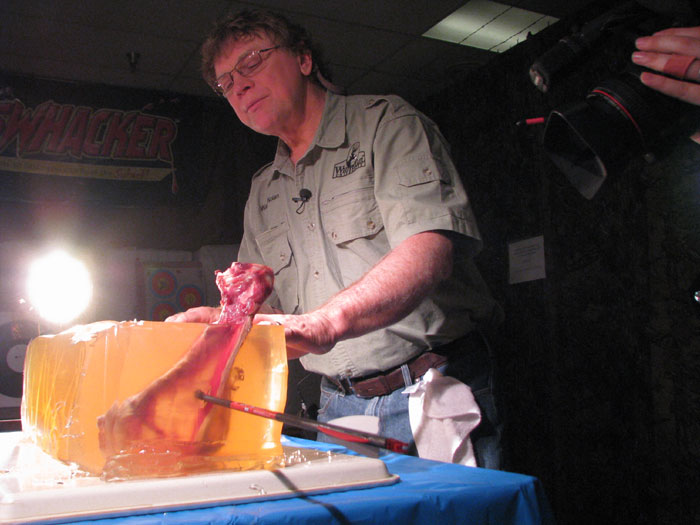 Some mechanicals bring a few more success factors to serious bowhunters. The Swhacker Broadhead design I tested across 3-years in a shooting lab with slow-motion, also proved to out penetrate the open-on-contact design. Deep penetration with a low exit wounds means easier to follow blood trails and more tissue damage.

Kinetic energy delivery where it matters also makes a difference and my Swhacker tests proved that no mechanical is more efficient in delivering that energy to vital organs…even at low poundage.

So there you have it; not only are bowhunters very efficient in recovering bow shot deer but mechanical broadheads offer bowhunters an advantage. Can’t argue the facts…91%  Always go with the science.