Wild at Heart: Pursuit and Surrender

by Scott Shultz
in Bowhunting Posts
0 0
A A
0 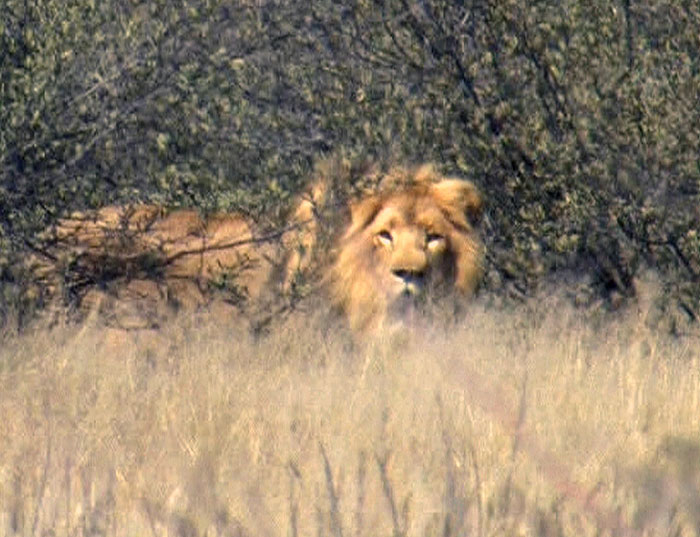 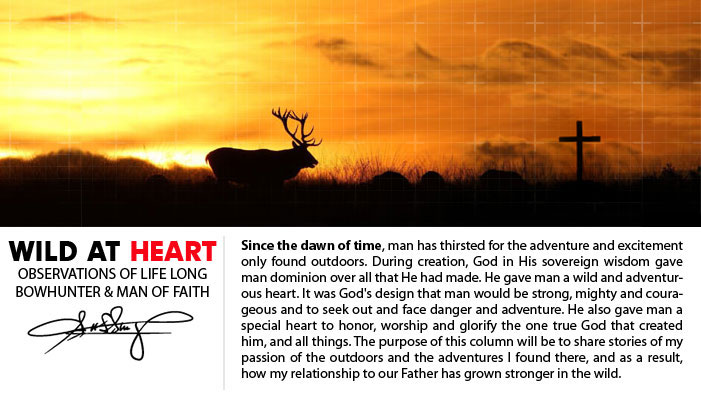 Bowhunting the great African lion is not for the faint of heart. A big dominate male lion can weigh close to 600 lbs. He is truly the King of Beasts.

The Kalahari region of western African is home to many lions. The sandy soil provides easy tracking needed to identify a big male track and to stalk it down to an ultimate face-to-face encounter.

I was hunting with my old and trusted friend Johnny Vivier, a second generation Professional Hunter who has legendary hunting experience literally all over the African continent.

It was a long 6 hour drive from Johnny’s  lodge near Kimberley to western South Africa. We would be staying with Harry Clouse, another well known PH.

Johnny had arranged for scouts and trackers to be working in advance of our arrival. For two days these highly skilled bushmen had been scouting for a mature lion track in the area we planned to hunt.

Late the first afternoon, as we slowly drove through the sandy bush looking for tracks, we jumped the lion we had hoped to find. Good fortune was on our side and the hunt was on!

The huge male lion stayed in front of the tracker’s fast pace, often in sight, but never in range. We pushed hard until near dark but we would be back in the same area early next day. We could taste the excitement in the air as we drove back to base camp. Sleep did not come easy that night.

The sun was high in the sky the next day when we finally unraveled the maze of tracks our lion had made through the previous night. One look at the big cat in front of us confirmed we were tracking a lion of a lifetime! 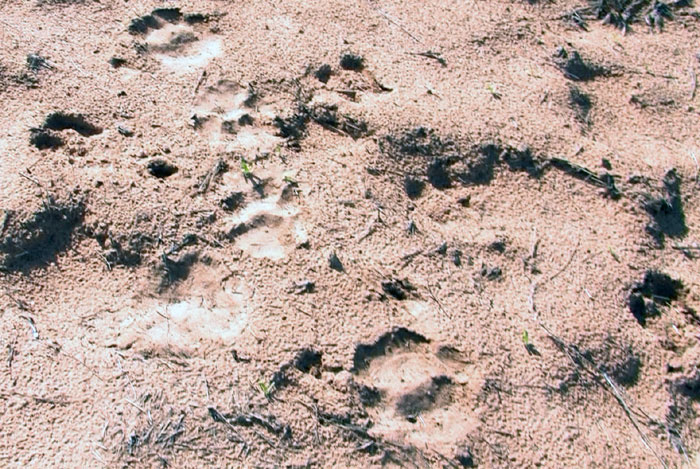 We pushed the lion hard, mile after mile with the tracker often in a deliberate trot as we carefully, methodically followed the big cat’s tracks.

The heat of the afternoon sun worked to our advantage. You see, the  hotter  the sun and the hotter pursuit, the more pressured the lion becomes. We also knew that the male lion, unlike a lioness, is a proud and dominate animal. He doesn’t like to be pushed or pursued and he will not tolerate being too hot or uncomfortable. He was now both.

Finally, the lion will run no more. He will turn, take a stand and face his  pursuers. The proud lion has reached the end of his tolerance…he  will run no further. His proud nature however, ultimately,  is his downfall.

As you may have guessed, this is an extremely dangerous way to hunt a  lion…especially with a bow!

When a hotly pursued male lion does finally take refuge it is with the intention of charging his pursuers as they approach. This lion had reached that point.

The experienced trackers and PH’s knew their job well and immediately recognized the straight lined course of the lion had now evolved into a meandering course of circling about looking for a place to hide. 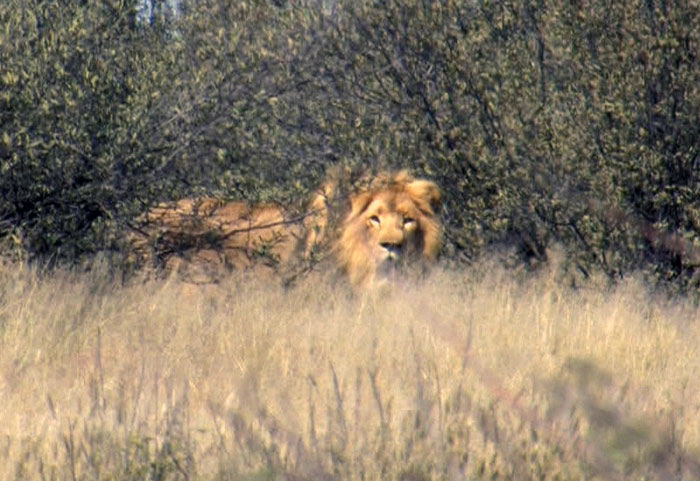 I could feel the stare of his amazing glowing cat-eyes, so riveting and  intimidating, as I carefully eased closer and closer into position to  make the shot. The lion had holed up under a thick camel thorn bush and I knew that any quick movement or if we dared too close the aggravated lion would certainly charge us.

The three big rifles in the hands of trusted PH’s gave me the peace of mind I needed, at a mere 28 yards, to be able to hold steady enough to make a good shot. The lion laid in the dark shade facing us which would demand a difficult, but deadly, frontal shot.

My arrow entered the lion’s powerful chest passing through one lung, cutting off the top of the heart, and finally coming to rest just under the hide on the back of the far hind leg.

With a snarling roar he twisted and turned, bursting from his hiding place. He ran 75 yards…the other direction….then looped back around to watch his back trail, in true ambush style and died there a noble death. 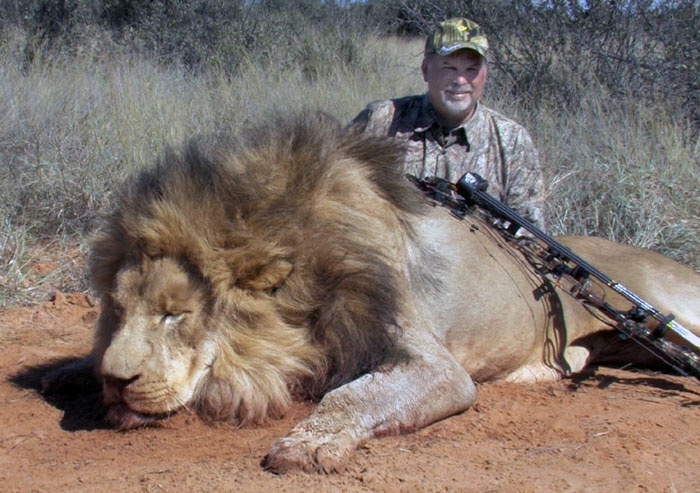 Moments later,  I knelt down beside this amazing animal. Taking the King of Beasts with a bow, on his turf, face to face and eye to eye, was the most humbling and gratifying moment I’ve ever experienced afield. A moment I cherish and will never forget.

“Your beauty and your love chase after me every day of my life. Psalm 23:6a

God knows all things including that we as humans often resist surrendering to His pursuit. We rebelliously desire to live our lives and to do things our way, not in obedience to God’s will for our lives. Sometimes God must turn up the heat, sometimes He allows pain and  brokenness to enter into our lives. He knows that sooner or later we will tire. His loving desire is for us to simply stop running and to surrender, turning to Him.

“Surrender yourself to the Lord, and wait patiently for Him.” Psalms 37:7.

Perhaps today, your are broken, hurt and empty. Jesus stands before you, arms open and outstretched asking you to surrender to him. He loves you.  Matter of fact, He loved you so much that He decided He would rather die on the cross and rise again to live with you…than to be be separated and live without you!

“For God so loved the world that He gave His only begotten Son, that whosoever believes in Him will not perish but have everlasting life.” >> John 3:16.

Earnestly pray to Him today to save your soul for all eternity. “Humble yourself before the Lord and He will raise you up!”

For more please go to: Wild at Heart