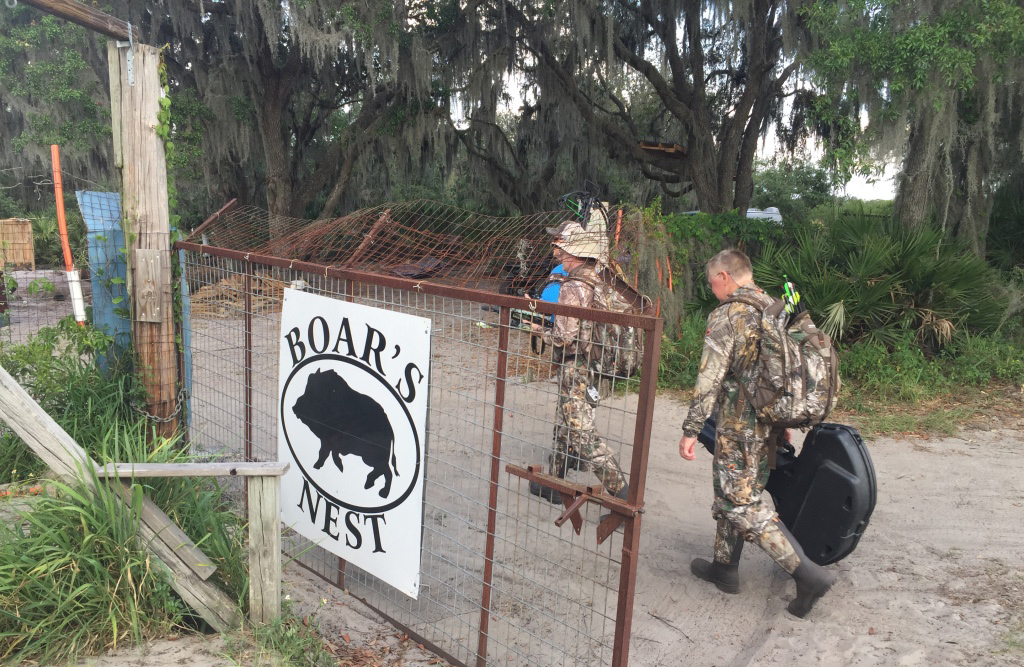 Almost all of us arrived at our hotel in Bartow, Florida during mid-day. I was picked up Kirt Von Besser, the president of Atsko. We drove to Bartow, Florida. I’ve never met Kurt before. He owns several businesses in addition to Atsko so he is a very successful entrepreneur. Sailing is one of his passions, and I’m talking big sailboats rigged for ocean travel, He participated in Sailing Races in many parts of the world and he had some riveting stories of his adventures on the seas. A very interesting guy.

Another of his passions is bowhunting. Bowhunting Bears is a big deal to Kirt, which is something I identify with. He has taken 1 less than 30 bears. He’s also bowhunted many other animals in different parts of the world.

Wade held an introductory meeting at a nearby restaurant. At at the meeting there were Kurt Baumgartner the National Sales Manager for Atsko, Kurt Von Besser, Tim Dehn of ArrowTrade magazine, and the famous outdoor writer Joe Byers. Our hunting host Richaes Meachum of Under The Son Outfitters. Then we drove out to the hog hunting area.