5 Tips to Improve Your Hunting Videos

by Tracy Breen
in Bowhunting Posts
0 0
0 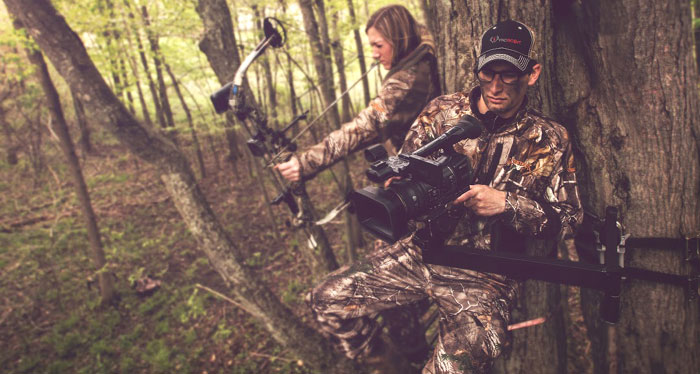 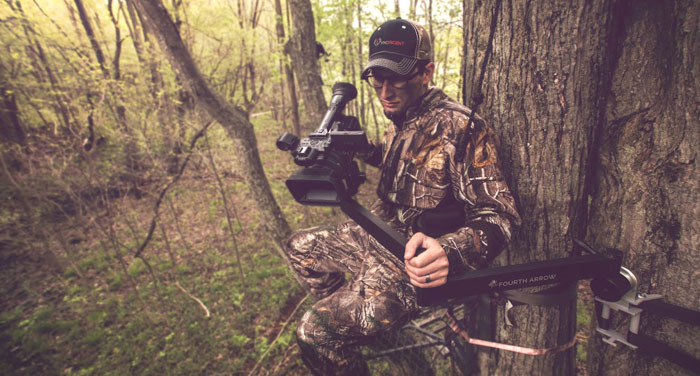 If you spend much time on Youtube or on social media websites, you will notice how everyone loves posting videos of successful hunts. Letting friends, family and followers relish in the success of the hunt can be a lot of fun but the problem is many hunting videos lack quality. Calvin Beeke from Michigan Whitetail Pursuit knows what it takes to produce great hunting films.  Beeke has been producing MWP for six years.  This popular DVD is sold across the Midwest and becomes more popular every year.  “Creating quality footage requires a person to pay close attention to all the little details.” Beeke said.

USE A QUALITY CAMERA

Beeke believes one thing the average person can do to improve the quality of their footage is to buy a decent camera. “Probably one of the biggest mistakes I see hunters make when they film a hunt is using the wrong type of camera.  Point of view cameras are extremely popular and easy to bring and use in the field, but the footage they produce isn’t often what a customer expects.  A person can buy a traditional video camera and camera arm for about the same amount of money as a high end point of view camera and produce a much better film,” Beeke explained. A couple inexpensive cameras Beeke encourages hunters to consider buying if they are on a budget are the Sony Handycam or Canon Vixia.

USE A CAMERA ARM

Many hunters mount a point of view camera on their bow which according to Beeke, is not the best option for a single angle to the hunt. “Mounting a camera to a bow or gun captures a bit of the pre-shot but the footage is shaky and hard to watch. Mounting a camera to a camera arm and filming is a much better option. The Fourth Arrow Stiff Arm camera arm is a great option(www.fourtharrowcameraarms.com). Whether a person is self filming or filming a buddy, using a camera arm with a quality fluid head will drastically improve the quality of the footage.”

MOUNT THE CAMERA LOWER IN THE TREE

A mistake many hunters make when mounting a camera arm is mounting it too high on the tree. “When the camera base is ratcheted to the tree, it should be at seat level or slightly higher,” Beeke said. “Many hunters place it at head level when seated, or even higher.  If a deer comes in at 20 yards and the camera is mounted high in the tree, you have to try to adjust the camera and screen quickly in an attempt to get the deer in the view finder which often results in poor footage. The Filmer often forgets that where he mounts the base is not even with the height of where the camera ends up. Mount the base six inches lower than the level you desire your camera at.”

HANDS OFF THE CAMERA

We all get excited when a buck comes in.  As a result, the camera often shakes even when it is properly mounted on a camera arm because the camera man or hunter is touching the camera at the impact shot to make sure they are getting good footage. “I always suggest to my camera guys to get the camera set and take their hand off the camera when the moment of truth arrives.  The noise of the shot can often cause the cameraman to jump or move. If their hand is on the camera, the camera will shake. The last thing you want is the most important segment of film from a hunt to be jolted,” Beeke said.

GIVE THE ANIMAL SOME ROOM IN THE VIEWFINDER

When filming a hunt, don’t zoom in too far. “Sometimes people will zoom in too much when filming a deer or another animal as it comes into the scene,” Beeke explained. “Because they are zoomed in, they have to constantly zoom out or move the camera which makes for poor footage. I like to keep the animal in the back third of the view finder at all times. If I am zoomed in too far, the animal takes up the entire screen. By keeping the animal in the back third of the screen, it has room to walk into the setup without having to constantly adjust the zoom or camera. It creates smoother transitions and better overall footage,” Beeke added.

Filming a hunt can be a fun and rewarding experience.  By following the above tips, hunters can improve the quality of their videos so all their friends and followers will love watching their hunts.