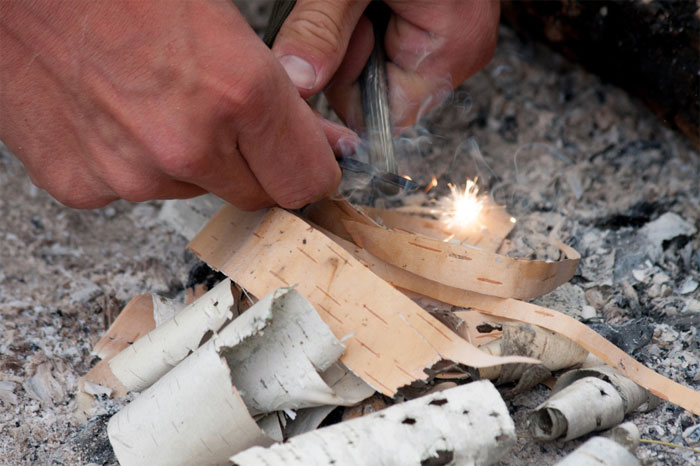 Prepping has hit its peak and people have begun to realize you can only store so much for future use and even a warehouse full of water and food won’t do you any good if you aren’t with it.

While SHOT Show 2016 was my busiest ever, I didn’t see any major technology or product announcements. Everyone had new products, but they were incremental improvements. Additionally, everyone I spoke with was upbeat despite the slowdown in the worldwide economy.

Let’s face it, when times get tough, people turn to themselves. That’s how the Prepper movement started. But Prepping has hit its peak and people have begun to realize you can only store so much for future use and even a warehouse full of water and food won’t do you any good if you aren’t with it.

I’d like to discuss a “tactical” trend that’s starting to pick up steam. Regardless of whether you refer to it as fieldcraft, bushcraft or outdoor skills, the techniques that are part of this movement allowed our ancestors to make it day-to-day while they tamed this nation’s frontier. And while it’s seeing a resurgence here in America, bushcraft has been popular in Europe for quite some time with well organized groups and specialty stores.

Along with most of my generation, I learned my skills while growing up. I was a Boy Scout and honed them while camping and hunting. Later, I added to those skills while serving in the military by attending Survival, Evasion, Resistance and Escape training. However, not everyone has had these same opportunities. Today, even those in rural areas do not learn how to survive on their own for 72-hours or more, thanks to our modern standard of living. Prepping might have been the foot through the door, but as many are beginning to learn, you never know when you’ll find yourself in a situation where you have to fend for yourself.

At SHOT Show 2016, there were more and more products aimed at survival, evasion and escape. Specialized items such as lockpick kits, fire starting kits, first-aid items, water purification and pocket survival kits have become increasingly popular, and there are multiple specialized suppliers who have stood up to meet the demand. My trip in March to the IWA Outdoor Classics in Germany only confirmed this.

Like I said before, these skills and the items to support them are intended to allow their user to survive and thrive in the backcountry. In some cases, the concept is to just get out of a risky area in order to make it to a safe haven, and in others, the idea is long-term survival and to live off the land. Both instances require skills as well as tools.

You will often see knives associated with this trend, but I’m going to give you two lists of equipment items you should consider for your customers, particularly if they are backpackers or sportsmen.

You might have heard of the “10 Essentials.” It’s a list of equipment for backpacking that first appeared in 1974’s Mountaineering: Freedom of the Hills. The latest version of the list consists of a capabilities approach rather than specific items. It can be quite extensive and must be tailored by the user based on the size of the kit and its intended use.

Survival Instructor Dave Canterbury, who you might remember from Discovery Channel’s Dual Survival, has created another capability-based list that concentrates on survival in the wilderness.

Broken down into two sets of five, these are the first five of the “10 Cs of Survival,” which he says are essential and should always be carried in the backcountry. They are generally straightforward.

The second five of the “10 Cs of Survival” are items that will come in handy, particularly for long-term survival.

Regardless of which list you use, they are great guides for amateur and expert alike to help ensure they have the capabilities they need.

Along with the explosion in survival items, tactical trainers have begun to offer specialized survival and evasion training. Potential students will want to purchase equipment for these courses. Regardless of whether a customer of yours plans on attending formalized training or decides to practice with friends, it’s crucial they become familiar with their equipment.

Learning how to use a lifesaving piece of equipment when you need it most is a recipe for disaster. Encourage them to purchase additional components for training use and to practice often. In addition to these specialized new products, surplus items are often popular as well as purpose-built kits. Regardless, your customers must be familiar with their use if they are going to rely upon them. Consider marking products or sections of your store with signs that designate them as one of the “10 Essentials” to make them easier to find.

Filedcraft is a natural progression for preppers, hunters and backpackers alike as they desire to learn additional skills and improve their self-reliance in the outdoors.

Eric Graves is a former Air Force officer and is the founder of www.SoldierSystems.net.