The Science Behind Sustainable Use 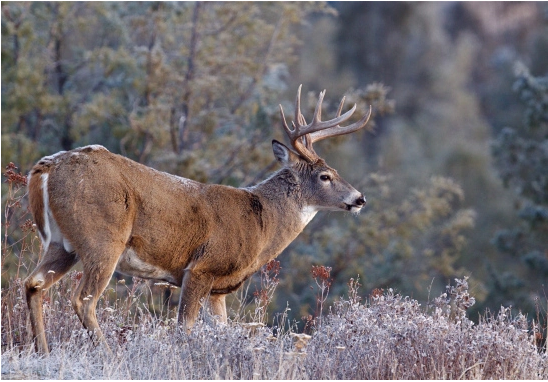 “How can you hunt an endangered species?” Members of the public frequently pose this question to wildlife biologists. The answer, quite simply, lies in a concept referred to as sustainable use. Sustainable use means harvesting the annual surplus while leaving enough adults to replenish the population.

The anti-hunting community frequently cites numbers of animals hunted as if wildlife populations are static and not constantly changing. They say things like “American hunters have imported more than a million animals over the past ten years,” while conveniently disregarding the fundamental biological principle of population growth.

In the United States, 30 million head of beef are slaughtered annually. This statistic may lead a person to incorrectly state that, “Americans have consumed 300 million head of cattle over the past 10 years and only 90 million cattle remain in the country, therefore cattle are headed for extinction,” but this is nonsense.

The conclusion is wrong because the 30 million cattle consumed annually are replaced each year by at least 30 million new calves born into the population. Because of this, the overall cattle population remains constant at around 90 million despite a large annual consumption of beef.

The same principle applies to wildlife management. According to records kept by the Virginia Department of Game and Inland Fisheries, hunters have harvested more than 7.4 million white-tailed deer in Virginia since 1947. Surely deer must be nearly extinct by now, with that level of harvest? Not so.

Today, the deer population of Virginia actually numbers more than one million, which is perhaps twice the number that existed when Jamestown was established over 400 years ago. Thanks to the principles of sustainable use, the population has boomed.

Virginia is home to over 1 million white-tailed deer

But let’s not compare apples to oranges. White-tailed deer breed rapidly and aren’t currently threatened by extinction. Surely the same principles can’t be applied to species like black rhinos or African elephants? Actually, they can. Science is science, regardless of the continent or the species. The beauty of sustainable use is that it is universal.

Namibia’s black rhino population has more than doubled in the past 15 years. From its low point in the 1960’s, when fewer than 100 individuals remained, the Southwestern black rhino subspecies found in Namibia has now recovered to a population of nearly 2,000. It is the only black rhino subspecies to be categorized as Vulnerable rather than Critically Endangered, on the IUCN Red List. Annual population growth hovers around 6%, meaning that the population will continue to double every 12 years or so.

Because of its stellar track record in managing black rhino recovery, Namibia was granted an annual hunting quota of five male rhinos at the 13th Conference of the Parties of CITES in 2004. The removal of five male rhinos does nothing to hinder the growth of the rhino population. In contrast, the selective removal of post-breeding age dominant males actually allows younger males a chance to breed, which stimulates population growth.

This limited and regulated hunting quota also brings in hundreds of thousands of dollars–badly needed conservation funds that support anti-poaching patrols and habitat management. In this way, wildlife biologists are able to maintain the strong rate of population growth, which means more rhino calves on the ground and a steadily increasing population–the best defense against poaching.

Namibia’s population of Southwestern black rhino (Diceros bicornis bicornis) has doubled over the past 15 years thanks to sustainable use management.

While it may seem counter-intuitive that hunting of threatened or endangered species can be sustainable, every wildlife population produces surplus individuals on an annual basis. The removal of this surplus, either through hunting or by other means, does not cause populations to decline. In fact, it can actually stimulate population growth, as in the case of the black rhino.

Groups or individuals that fail to understand this basic principle would do well to educate themselves on the science of sustainable use and biological growth before unfairly attacking hunting as contributing to wildlife population decline.

Twice a week, SCI Foundation informs readers about conservation initiatives happening worldwide and updates them on SCI Foundation’s news, projects and events. Tuesdays are dedicated to an Issue of the Week and Thursday’s Weekly Updates will provide an inside look into research and our other science-based conservation efforts. Like us on Facebook or follow us on Twitter and Instagram for more SCI Foundation news.