24 Hours of Hell in the Life & Times of Jim Miller 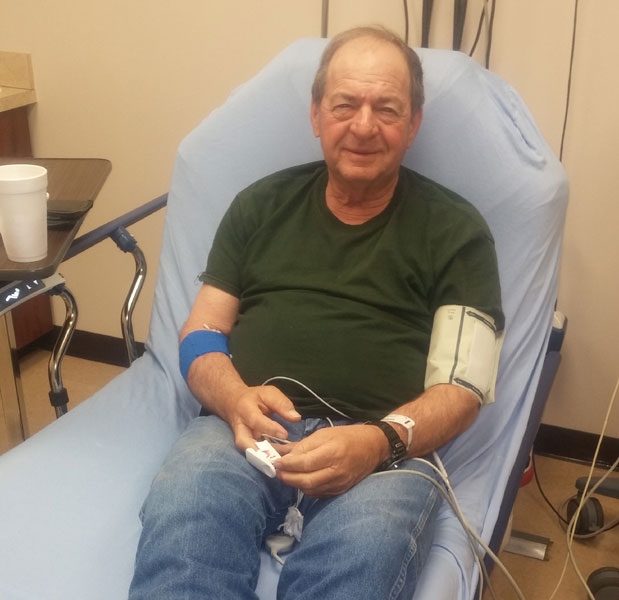 The final of three 'event's' and the toll that is taken on our dear Jimmy Miller.

You all know there are just some days where you wish that you had never gotten out of bed. Well, I’ve had a few of those in my life but nothing like this particular day.

In addition to my TV Show, Tex/Mex Outdoors I also periodically work as a guide on the world famous Record Buck Ranch in Utopia, Texas.  This was what I was doing to start this particular day. We were starting to work deer and that is always a stressful time for employees, deer and equipment.  I was staying with our General Manager, Chuck Herndon.  Chuck had a family of bats move into the walls of the house and had, on several occasions, a company come out and ‘relocate’  the bats to another area, since they’re protected. This is a delicate process and obviously, not foolproof.   Sometimes these critters don’t like to be ‘relocated’ so they get home sick and come back.

I awoke around 6:00 am and as my norm went to the bathroom to shower. With nothing on but a smile I turned the shower on and pulled the shower curtain back. As I did, a bat fell down from the shower curtain and during its fall, the little bugger careened off my chest, scratching me as it headed for the floor.   I’m around animals most days but I have to tell you, this one really got my attention. Now, fully awake and in an act of self-defense I grabbed the closest weapon I could find, the toilet plunger.

Grabbing my make-shift battle club I started swinging at the bat now on the floor. I’m certain that during my fast and furious attack I made contact with the bat at least once. I was swinging, the bat was jumping, it being just as interested at this point, in getting out of my way as much as I was wanting it out of mine. Now we, the bat and I, are doing battle in the bathroom, in close quarters with an open door leading to the bedroom. I have no idea where the bat went. It just vanished. I thought it had crawled up into the open end of the plunger but no, not there. I looked under the bed, under the night stand, under the bureau. I looked at the ceiling, the walls and the window. That thing just vanished. Now I was really concerned.

Still looking around for the bat I picked up the phone and called Chuck and told him what happened. I can’t relate his exact words but suffice it to say it was close to “You have to be kidding me?”   But you get the drift.

I waited till 9:00 am and called my physician and relayed what had happened. “Yeah”, I told her, “I was attacked by a bat.” I was advised to go to the hospital in Kerrville and get checked out. Immediately.  By this time the scrape on my stomach was beginning to burn a bit too. I informed Chuck and off I went to hospital about 1 hour and 20 minutes away.  I went straight to the emergency room and after a 45 minute wait with a bunch of nose dripping, coughing, crying babies I was taken to a small treatment room.  The doctor asked me what, happened and I told him everything that occurred and in good humor he advised that we could either give me Rabies Shots or get chained to a tree where I could watch sunsets.  I’m thinking he’s got to be kidding. It was just a scratch.  Well while we were laughing about the choices a nurse walked in and advised that the Health Department said I was to start taking rabies shots immediately.  No choices just start the treatment. How in the hell did the health Department find out that soon?

This day was definitely not going the way I had planned so after staying at the Hospital for 4 hours I was sent back to the ranch with 2 rabies shots in my left arm, another one in my right arm followed up with a tetanus shot and a command to return to the Hospital in one week for another series of four shots. He also noted those would be painful, as they would be the imogoblin.  The only good news was Rabies shots are no longer given in the stomach. The bad news was I still had to take the entire regiment of shots and regardless of where they stuck them, they hurt. So, bruised ego, sore arms and wasted morning, I headed back to the ranch.

After a day’s work we all returned to the house and let me tell you I was on full alert for that marauding bat.  After a lot of laughing and innuendos, at my expense, about Bat Man flying in and around the house I went back to the scene of the crime. First thing, I thoroughly, again, checked out the room, no bat. Where did that sucker go?  I was pretty well beat so decided to go to bed. It was around 10:30. Dropping my boots, hat and clothes I headed for the bathroom in my bare feet. I hadn’t taken three steps when my I felt this sharp, stabbing, searing pain in my right foot. As if a bat attack wasn’t enough, I had just stepped on a scorpion and he was not happy about that.   I let out a war hoop and a line of cuss words I would never use in mixed company and started hopping around the room. When I regained composure I found and eliminated the sharp tailed bug and took a couple Benadryl and while contemplating my luck, waited to make sure I was not going to have any reactions.  After about ½ hour the swelling started to go down and I thought “What the hell is going to happen next?”  I pulled back the sheets and carefully checked for any other critter that I knew was hiding there waiting for me slide in.

Six and one half hours later, 24 hours after the bat had scratched me I awoke and carefully opened my eyes. I fully expected to see that bat sitting on my chest waiting for me to wake up. No bat but I can tell you, I was very cautious about walking to the bathroom.   Once there, toilet plunger in hand, I carefully pulled the shower curtain back and … clear. I was alone and the hot water sure helped wash away the events of the past few hours.

Showered, shaved and relaxed I went back in the room to get dressed and head out for breakfast.  I usually put my Stetson on the bed post and when I put it on my head… ‘kapow, kapow, wowiee’! It felt like someone shot a needle into the top of my head.  I let out another scream followed by another steam of words I never use in front of my wife as I jerked my Stetson off my now wounded head. As I did a large red wasp fell on the floor. Unbelievable!  Needless to say the wasp got me but I got the final say. That wasp will never sting again.

This time my screams brought people running. In came Chuck and Jeff, one of the other guides, wanting to know what the heck happened now?   When I told them both Chuck and Jeff said I was safe now because trouble always comes in three’s. I wasn’t so sure.

By the time I had driven the 4 miles to the lodge to have breakfast, my face had swollen up to the size of a basketball and I was having trouble breathing.  Chuck told Jeff to get me to the hospital in Hondo, and quickly.

Well I wasn’t sure if I was going to die from the wasp sting or a heart attack for the speed that Jeff got me the 24 miles to Hondo. I’m sure it was a record the boys at NASCAR would have been proud of.  When we arrived at the hospital I was rushed into the emergency room and again spent 4 hours between waiting and being treated and watched.   I don’t think any of the staff believed one thing I said relaying the events of the last 24 hours.

I survived but I have to tell you, that was the worst 24 hours in my life. You couldn’t write this up and have people believe you. Well, believe me. I don’t want to see another bat, another scorpion or red wasp again, ever. Apparently, they don’t like me either. So, if anyone can top my tale of woe Rich Walton at bowhunting.net would like your story, just like he did when I told him mine. “You have got to write this up Jimmy, this is just too funny to not share.” So, there you go. Write it up, with pictures and you too could be telling the world about your ‘24 hours of hell’ on www.bowhunting.net.

Spreading the Gospel From the Book of James

How to Find Water in the Desert