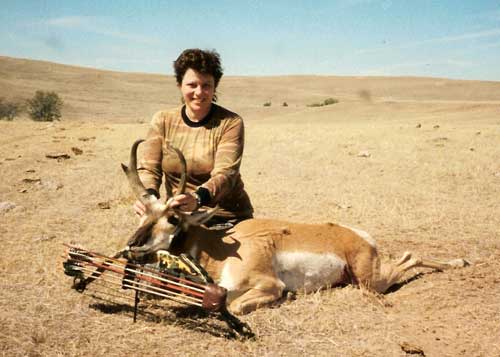 Visit Frank Addington Jr. on the web. On Bowhunting.net: Frank’s Monthly Column and Frank’s Straight Talk Interviews. And at FrankAddingtonJr.com.

Frank Addington Jr.: What were some of the special projects you worked with for Bear Archery?

Dick Mauch: I began on a project to write a Dealers manual for Bear Archery.   One of the major problems that I had encountered as a dealer involved a lack of uniform standards for archery bows and the replacement bowstrings to fit them.   I asked for information on standards, which just didn’t exist at the time.    Adding to the problem, there were early and progressive materials being used to make bowstrings, everything from Linen to the 3 progressions of Dacron, B, B-35, and the latest B-50.   Throw in that these dacrons were also in white, black and potentially other colors, and that each had different modes of stretch or elasticity.    Then throw all this together with method in which various manufacturers marked the lengths of their bows, and that general confusion prevailed when some bowstrings were marked in actual length of unstretched string, others by the bow length they were “supposed” to be able to fit.   I laid the problem out to Fred and Bob Kelly, new sales manager at the time.

Kelly put it on the agenda for the AMO meeting.   A standards committee was formed of Hoyt, Saunders, and Bear to address not only the bowstring /bow length problems, but also to standardize wood arrow stiffness-spine and nomenclature terms.    Since I had opened the can of worms at Bear, I was delegated to work with Chuck Saunders and Earl Hoyt and in turn, I communicated back to committee any comments from Fred.

Another project involved putting together merchandising supp ort displays.    Bear did not have a package f or bowstrings except a small plastic flat, about 2″ x 3″open at one end and with a belt type loop on back to slip it over the limb of a bow in shipping.    Strings had to be coiled and this had the effect of loosening the center servings, which were never very tight from the source.  Servings had changed from cotton type to braided Dacron and strings should be merchandised in an 8″ tube.    Kelly instructed, using the new bowstring standards, create an initial dealer assortment package for 100 strings.  I wanted and recommended a wire rack to hold 50 of these tubes which would be a stand alone or peg board fixture to fit 1/8″ peg board.   Anything fitted to 1/8″ would also fit the larger holes in ?”, as all peg board holes were on 1″ center-to-center spacing.

The alternate was a display, counter style constructed from cardboard and face printed Bear bowstring advertising, to contain 100 new tubed bowstrings.  In later years, after mass merchandising retailers got into Archery, Bear adopted my old design for the wire bowstring displays rack.   I still have 2 of these in my collection, but in 1966 the larger cardboard counter display was chosen because it was most quickly produced.   I put together 2 pre-packaged bowstring assortments, one 75 strings, and one for 150 strings.

The new display was furnished free with the 150 string assortment, and as a further push to straighten out the old string mess and get the new AMO standard Bowstrings into all the dealers hands, Bear reps were instructed to pick up all the old strings for full credit and ship than back to the company.   This was just how Bear took care of their dealers and stood back of products.   If the old string was in a bear package, it was replaced with the new nylon served B50 string in a tube, or credit given against the new display and assortment.    Refer to 1966 Bear Catalog, pictured display and description of new strings and standard sizing description to bow length.   The Shopper Stopper picture also shows the display string assortment.

Two other display aid products that I designed were the pegboard bow holders.   One a single bow wire holder, #L-993 was retailed for 29 cents, and the L-992 retailed $2.95 a new multi use 5 bow hanger which could be attached in line to any wall, screw spacing on standard 16″ center studding, came with 2 peg board hangars for in line attachment and one extended bracket to install outward either right or left.  These two products are also pictured in the 1966 catalog.

These fixtures need to be re-manufactured again for today’s market since there is a big return to traditional Archery.   Bear Archery, are you listening?  I still have my original blueprints, exact scale, from which these were made.    A scan is attached of the instruction sheet that I drew up and we printed for enclosure in 5 bows L-992 bow holder pack.

As well as these items, I designed a new Pro Adjustable Glove.   I knew that standard gloves, sized 6 to 12 just didn’t properly fit most archers.    I investigated sizing and learned that for example a size 10 glove used a 10 size finger stall for the middle finger and size 9 o r the index and 3rd., and that pattern followed all the sizes.    Many bowhunters, in an attempt to overcome the tight fingerstall on index finger would slit the side of the stall to achieve more room.  Some folks have longer fingers, some shorter; some even have variances on the 3 fingers of their shooting hand.   Standard size shooting gloves just didn’t fit the rancher and farmer customers I had outfitted with new bows.  They didn’t even fit me, and this is what led to my design of the pro adjustable shooting glove and merchandiser.

Check the 1966 Bear catalog once more to see the variety of gloves and armguards available.  Some had stiff cordovan leather finger stalls, some open end, some closed ends, some with soft elk skin stalls, and pre-furred calfskin fingers on the L-898 glove, and even palm straps didn’t solve the need for better finger stall fit.  The New Pro Adjustable Glove is shown and was also the first shooting glove to have the new Velcro miracle fastener on the wrist strap.     While the Pro Adjustable could be ordered as a standard size with either “Firm Steer” (i.e. cordovan) or soft elk skin tips, that were standard, not the pro solution.   To aid the marketing I designed a display and shipper box with 12 compartments for the fingertips.

An upright wire rack provided hooks to hang the backs, which had snaps to attach the tips, and were sized small, medium, and large in both right and left hand.   The wire back also had an ad placard descriptive of the Pro Adjustable glove.  One pictured in the Bear Shopper Stopper display photos.

The fingerstalls had 3 slots to adjust for precise finger length, and there were both cordovan tips and soft elk skin tips placed in the compartments below.   I knew that using a combination of soft elk on the middle and lower finger and cordovan on the index finger, especially since new indoor archery lanes had begun to appear, could help many beginning archers.    Because middle finger was stronger and longer, tendency was to torque the string and this combination solved it making a natural feel to apply less pressure with the softer tips.  With mass merchandising the pro adjustable glove was eventually dropped by Bear, Wal-Mart and K mart didn’t have means to check out an uncarded packaged glove without a bar code.   Now, most Archers are started with mechanical releases, sights, and compound bows and have never shot fingers.   Archery in schools might revive the old traditional method of releasing an arrow, if not fully traditional bow use.

In the retail hardware business, I had been exposed to numerous types of floor and counter fixtures which manufacturers made available for showing products.  Ben Pearson had a new marketing arrangement, which included a metal stand, hanger, and hooks for Pearson bows, and accessories.    Bear needed something to aid the dealers to have a specialized floor display, but what and how to get it done.    I struck out on my own on this one and started by visiting and studying displays at the 1965 NSGA show in Chicago.   Several store fixture companies had booths and displays, but the one that caught my attention was Dick Loziers new and fast expanding company located Florence area of north Omaha.

Coincidentally, working in Loziers Ad and sales was Dean Brown, brother of Lyle “Jug” Brown, who was much involved with me in our old Sandhills Shrine Club and Omaha Tangier Shrine band.    Dean was also a musician and played Bass Violin in Omaha Symphony.     More coincidence, Dick Lozier flew a Piper Comanche, too.

Back to Bassett and on the way I visited Loziers plant and offices in Omaha.   I got a price list and specs plus ad mattes of all the products, and an agreement that Bear Could become a distributor, which was 50%, added discount.   I worked up an order for a basic convertible freestanding 4′ back to back, or 8′ wall display, and directed ship it to Grayling.   I put the display together in the Visitors show room at the factory, made up an assortment of Archery, which would be the recommended minimum for a new dealership and presented it to Kelly and Fred.   It evolved into a new ad and merchandising program.   Took pictures of the displays, and it was called the Bear Shopper Stopper., and Fred Bear Pays Half.   This then furnished the fixtures to the dealers at the going retail price, but Bear donated 50%, which was our distributor deal with Lozier.

We had some dealers and full Archery pro shops, and our indoor lanes, which fully used Lozier fixtures for fine displays.   I designed the pro shop and work area, working with The Architects for Wally Bergam’s Indoor Archery and Billiard center, Bow and Q, at St. Clair Shores, suburb of Detroit.    This one was a model for efficient use of personnel.    The upright Lozier fixtures were placed freestanding 5 feet away from the wall.   Two way plate glass mirrors were placed in 2 sections (8′) center of the back and the bows were hung in front of these on the L-992 Bow hangers, all outward at 45 degrees, some right, some left.   From the front, the bows were shown all sides and gave the appearance of double the inventory.    The space behind was pro shop mechanics work area, arrow cut off saws, fletching repairs, and with the 2 way mirrors, the manager or help could monitor the lanes, counter and sales area.

The Bear Reps were also equipped with an 8′ Lozier sport show booth display.
I t had fluorescent lighted top canopy same as indoor lanes fixture described.   It was designed to fit the trunk of a rep’s automobile and could set up in a half an hour.

In 1962 -63, I was still a Nebraska Lumber and Hardware Bear Archery Dealer with a trial on 10% pay my own expenses commission basis Bear Sales Territory of North Dakota, So. Dakota, Nebraska, Wyoming, East ? Montana.   My brother and I had put out some feelers for selling our Retail business.    The problem to selling was too much investment in building and real estate.    Additionally, my mother had passed on and another Estate with Death taxes weighing down on us to try to hold this and her other property together.

No Matter the Game, the ELITE IMPULSE 34 Excels

No Matter the Game, the ELITE IMPULSE 34 Excels