Saskatchewan and the Mathews Halon 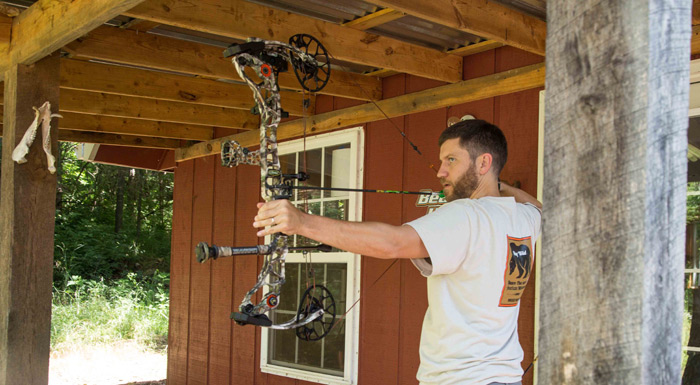 After an unsuccessful hunt last week in Quebec, in a few days I will be heading to hunt the big black bears of the northern Saskatchewan. This is truly a wilderness hunt that is going to require a planes-trains-and-automobiles-type approach to make it to the rustic camp. In our case, however, it will be planes-vans-boats-and-argos-type travel to meet up with Jedi-bear-guide, Kolby Morrison of Bear Pro Safaris. We’ll meet him at the end of an eight-hour drive from the airport at the dead-end of a gravel road. From there we’ll jump in an Argo for another couple hour drive to camp.  A unique angle of this hunt is that we’ll be hunting off the ground on every hunt. Secondly, we’ll access the remote bait sites via jet boats. These bears haven’t seen many humans. The chances of taking a giant color-phase are bear legit.

In preparation for the hunt I set up my new Mathews Halon 6 this last week. Briefly, I will tell you first impressions of the bow:

First of all, I really do like the looks of the it. The aesthetic curves and the shapes in the riser provide strong architecture, but also make the bow look modern and sharp. I like Mathews Lost XD camo pattern. The limb pockets are wider than the last few Mathews I’ve had, accommodating the split limb technology, and it gives the bow a wider feel. 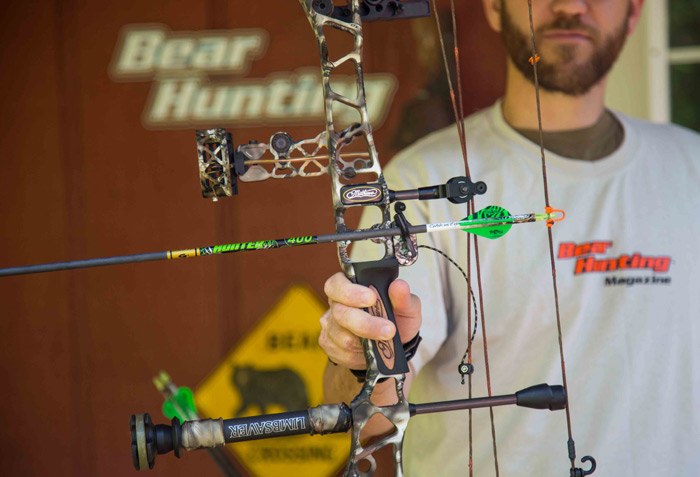 Secondly, the bow is very smooth, fast and I shoot it accurately. It is not, however, as forgiving as Mathew’s No Cam HTR, but I still shoot the Halon very well – straight out of the box. With a shorter axle-to-axle and the dual cams (as compared to wheels), the bow is faster than the NO Cam HTR, but you may give up some accuracy. However, I’m talking about increments of a ½ inch. It’s going to be hard to beat the No Cam for accuracy – I shot that bow extremely well. It’s fun to shoot to quarter-sized dots at 40 yards, but it’s not necessary for most hunting.  However, with practice I feel I could get there with the Halon.

It’s kind of trendy to have the image as a die-hard archer that shoots your bow 150 times per day, 365 days per year in preparation for hunting season. I am not that guy. I find I can be plenty accurate with much less practice. In my hunting with Mathews bows for the last 18 years, accuracy has never been the limiting factor in my hunting success. I’m not suggesting being lazy with preparation for hunting, but these bows are just so accurate and forgiving these days proficiency comes quicker than it used to. I find that short, regular, and concentrated shooting sessions are my best practice. 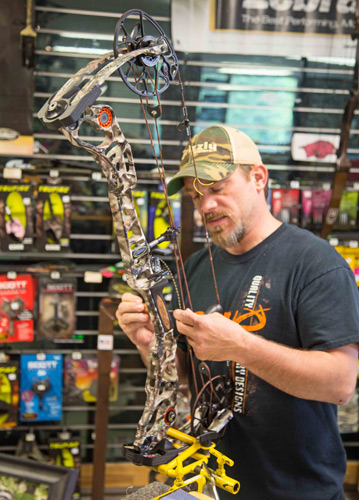 A more important part of the success-equation in hunting is found in the experience to stay calm and knowing when to shoot an animal. Years and years of experience of bow-killing animals is the only way to become a proficient bowhunter. Just because you can hit dots on a target doesn’t mean that you’ll effectively dispatch a buck or bear that comes in front of your treestand. My point is that target accuracy for hunting is overrated in my opinion. Again, I’m not suggesting being a “slob-hunter”, but I feel that the trend inside of the hunting community is focused more on gear than on becoming better hunters. If I can hit a baseball every shot at 20 yards, and hit a soft ball at 40 yards I’m happy.

In-the-field personal knowledge about your quarry, understanding the terrain and the dynamics of the broader ecosystem you’re hunting, and an intuitive understanding of your quarry is key to becoming a better hunter. Quality equipment is important. Equipment and shooting is part of the hunting equation that we can control, so it important properly manage it so opportunity isn’t lost. However, for myself in the past 20 years of bowhunting, my success and failure has been more influenced by hunting prowess not shooting ability.

That being said, check out the new Mathews Halon. The bow is truly a “hunting bow”, and I like that. To me the definition of a “hunting bow” has to with it’s size and speed. I will give you a report about my trip to Saskatchewan when I return. You’ll also be able to watch our hunt on the first few episodes of Bear Horizon on Carbon TV.

Make a Bowfishing Reel from a Soda Bottle

Make a Bowfishing Reel from a Soda Bottle

The Buck Pickup Artist - Playing Hard To Get