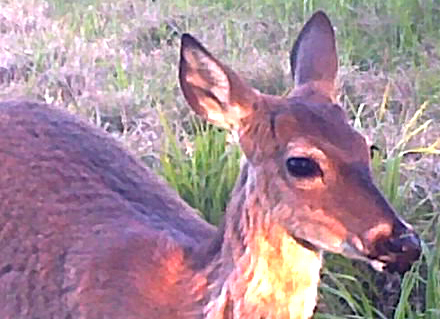 The first half of the year I normally leave half a dozen game cameras out in the field to;

Ok, lets get back to the subject at hand. When time of the year do bucks start growing their antlers?  I was lucky enough to get game camera pics of bucks with the first stage of beginner antlers. And because the game cameras leave a Time-Stamp on every picture you and I learn exactly when the pictures were taken.

On March 27 my camera at a water seep took a picture of the buck below as he licks the moisture in the mud. Those bumps on his head, out in front of his ears are his starter antlers. 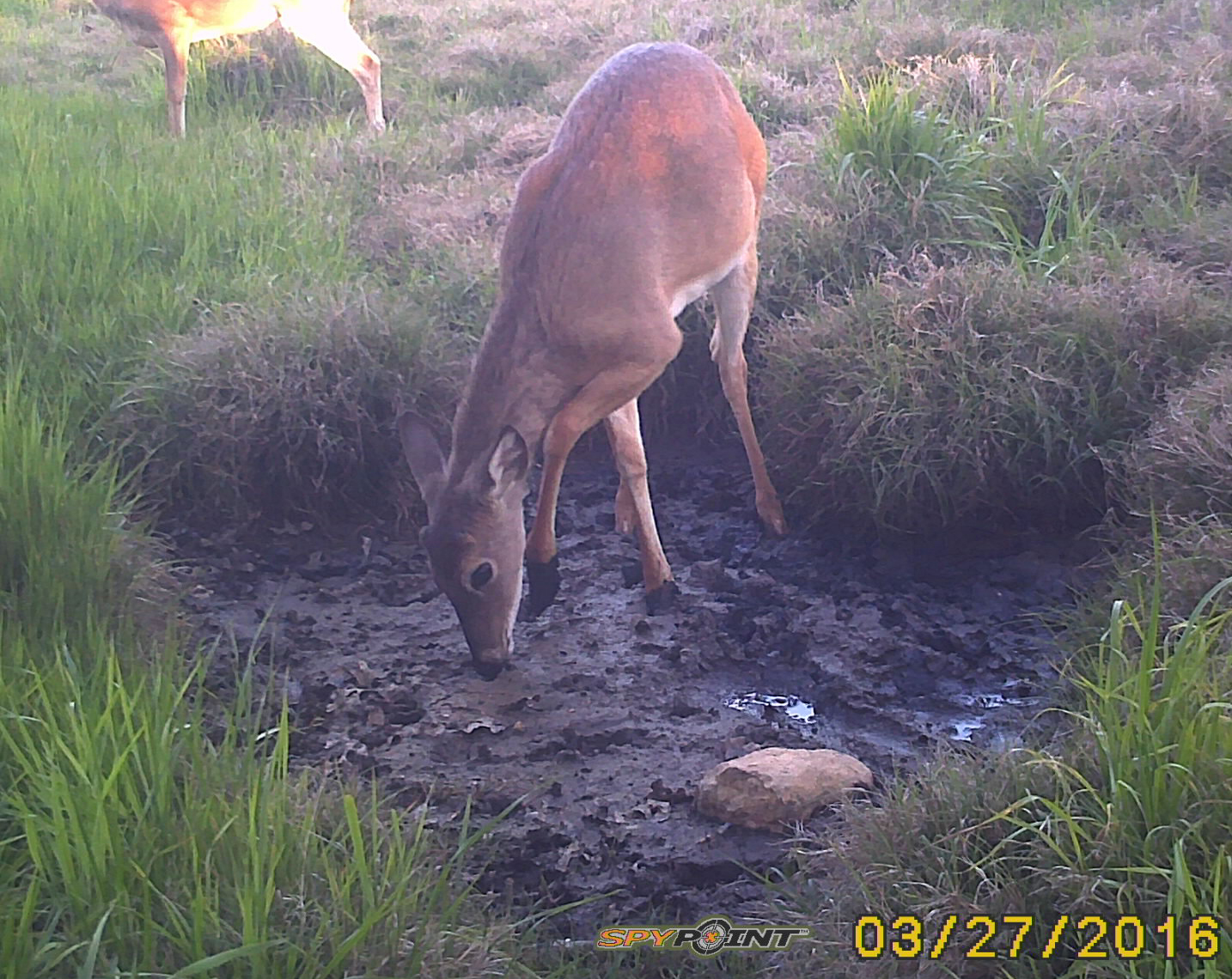 On April 5 another buck got his picture taken. You can see the small, beginner buds of his 2016 antlers up by his ears. 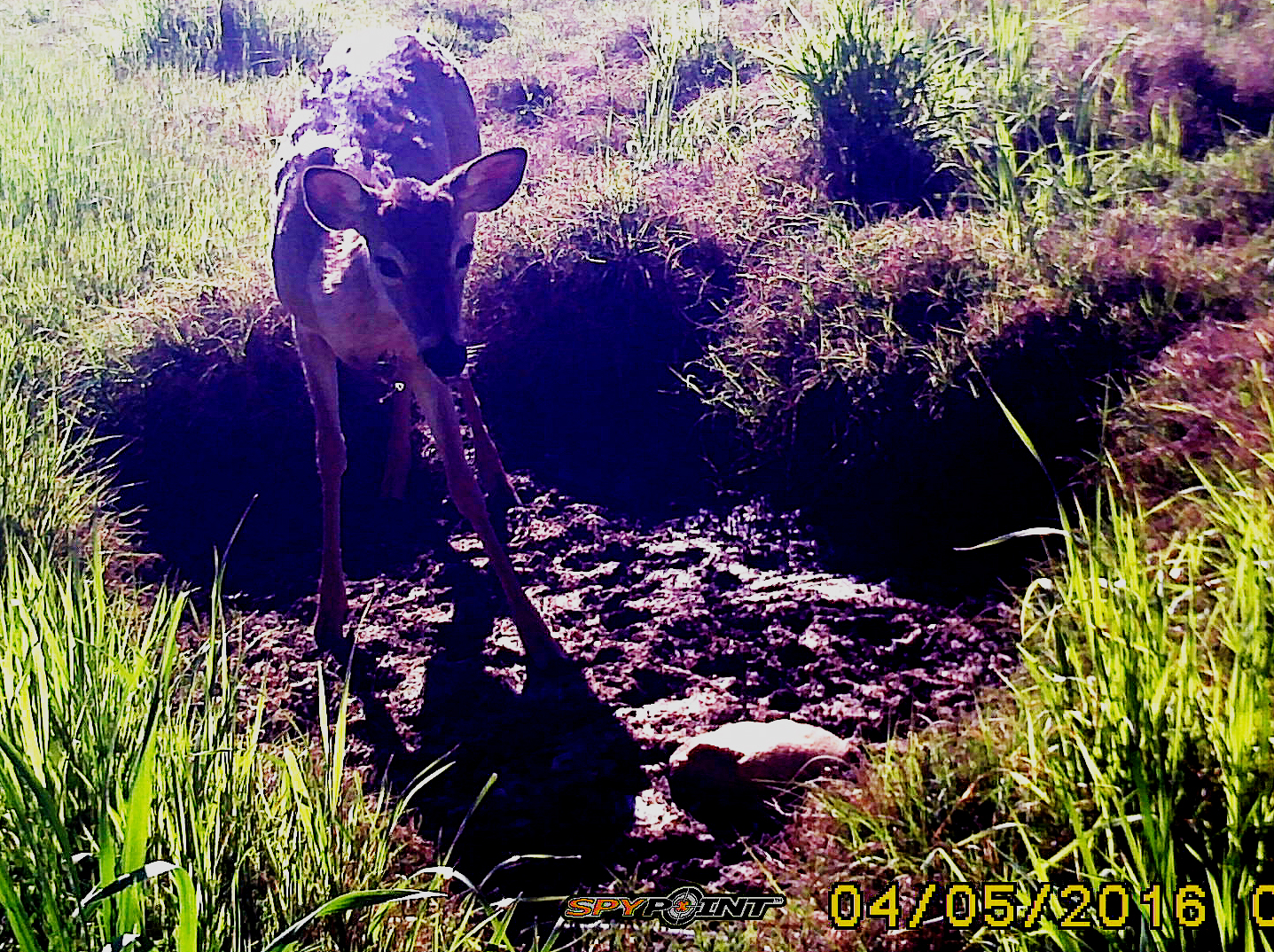 Below, is a picture taken the first week of April after a rain of a buck with antlers that are in their beginning stage. This buck was nice enough to hold his head up and get a little sunlight on the subject. 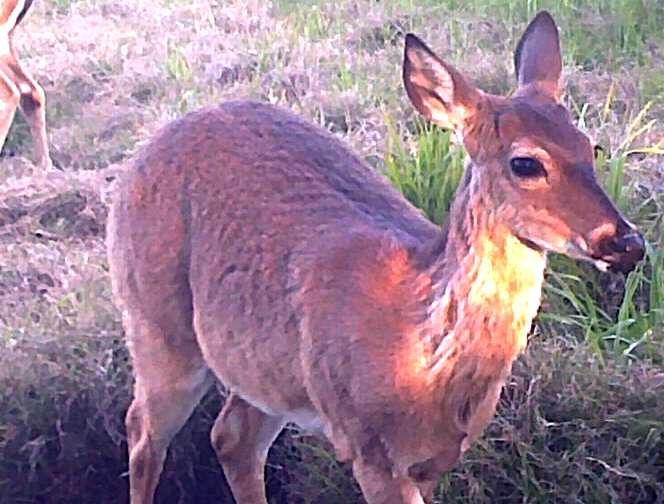 Deer Scouting Pictures for 2016 are at this link: https://bowhunting.net/category/online-bowhunts/scouting/