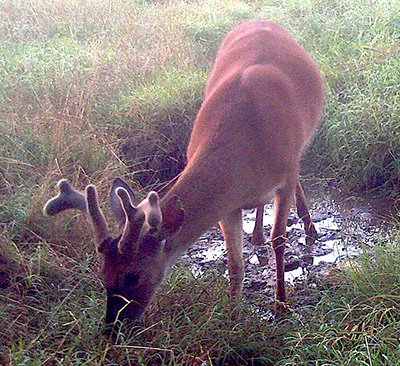 For the past 20 years of my deer hunting and bowhunting life I’ve done plenty of thinking, observing, experimenting and mostly learning about whitetail deer and water. To begin the story I’m pulling out a small slice of the 360 degree puzzle of Deer and Water.

After deerhunting 5 years on the edges of a valley not far from my home I walked over to a particular place, high up in the valley, where I’d seen consistent deer activity, in particular; bucks sparing, bucks chasing does, occasional browsing, and full out, fierce buck fights. And sometimes bucks charged off the opposite hill and went to this area. I was curious about the area.

Following a morning hunt when I watched two bucks try to rip each others heads clean off I walked over there to see if there was something to see. There was. A tiny pool of cool, clear water! 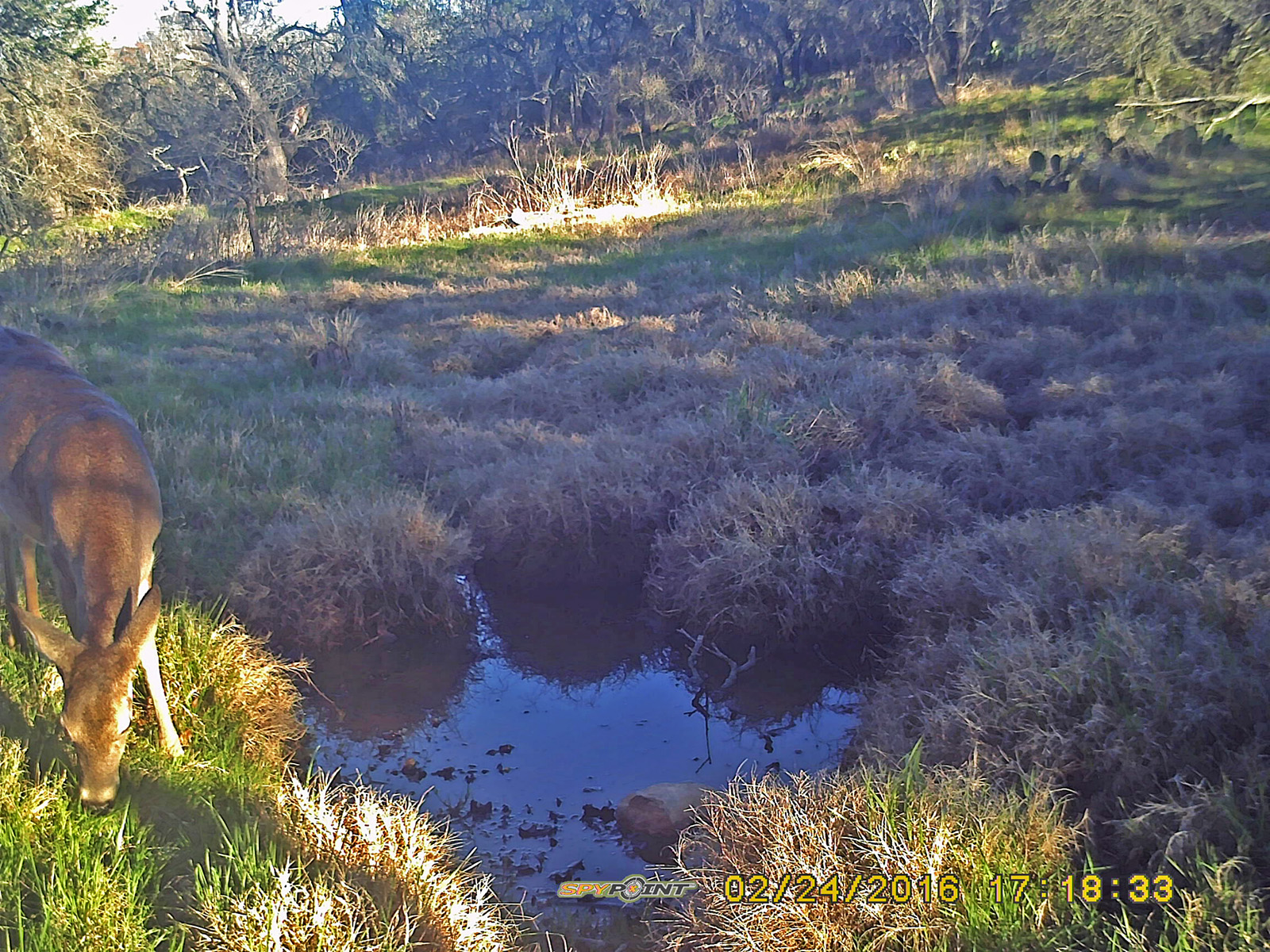 A spring or maybe a water seep had apparently supplied water to this area for years. Truthfully, I had seen deer come to the area lots of times and saw plenty of different deer activity. But looking from my blind the actual water place was hidden by trees and high grass. I did not realize there was any water drinking going on there.

I named the spot “H2O” and started watching it with game cameras. Above, we see a doe next to the water. and Below we have a doe standing in the water and drinking … last week. 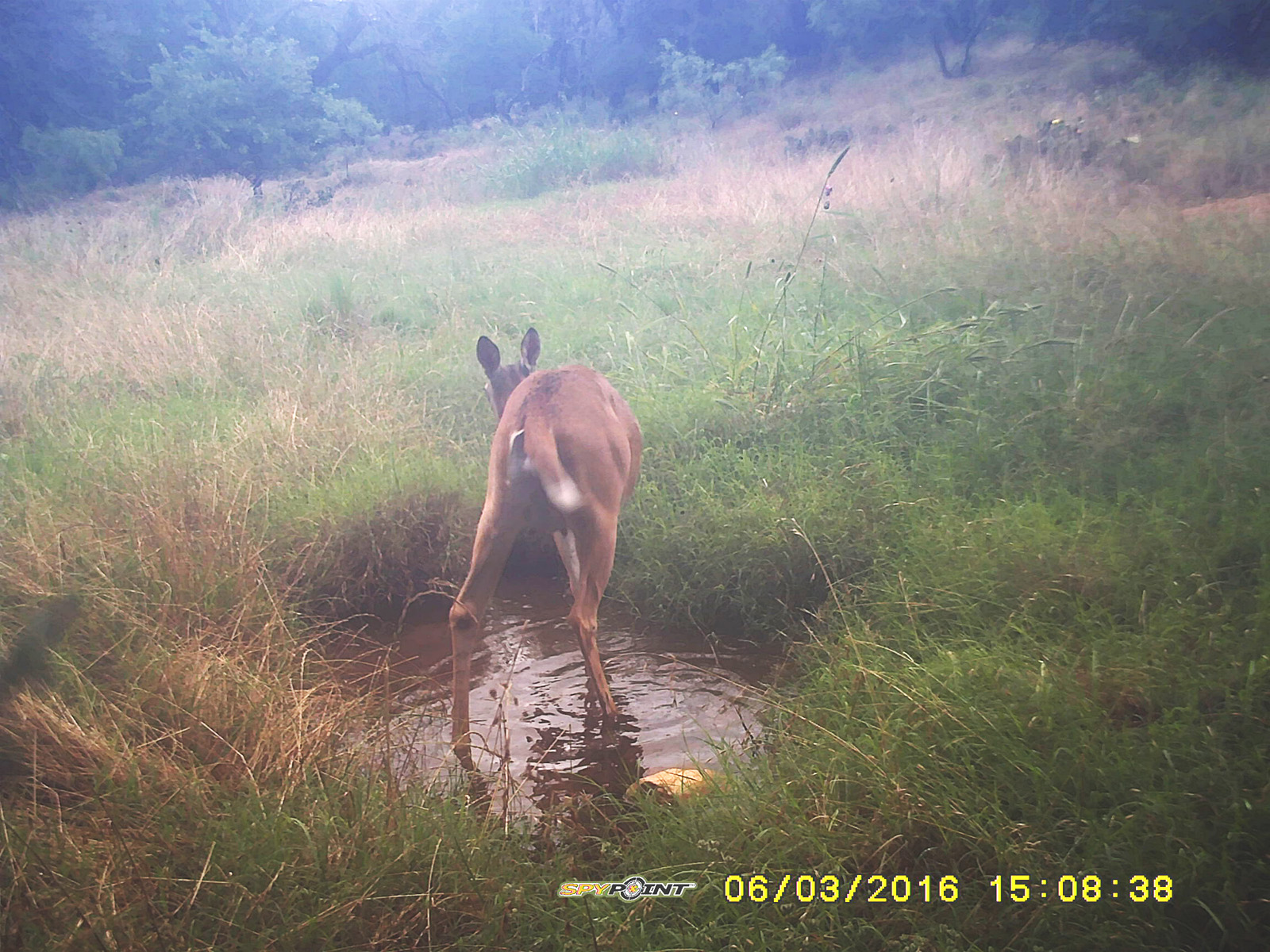 Deer come to the H2O during the night too. 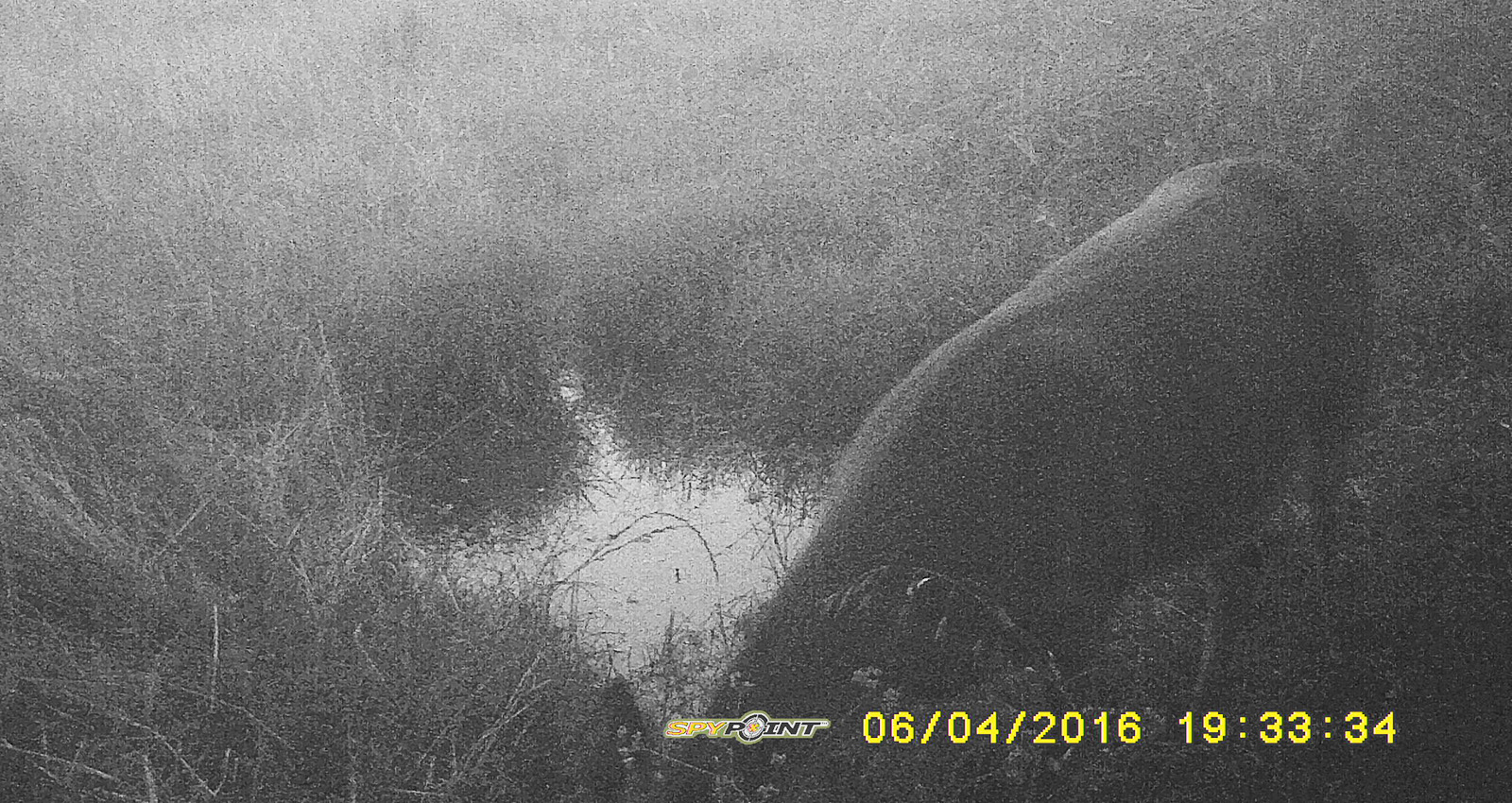 The camera records information about the deer in the area but it also tels you things about the weather. In the picture below, limbs from the tree next to my camera-stand are blowing across the viewing area and triggering the camera. So, looking back, I know when days are windy or it’s raining, and sometimes that tells me when deer move on those days. 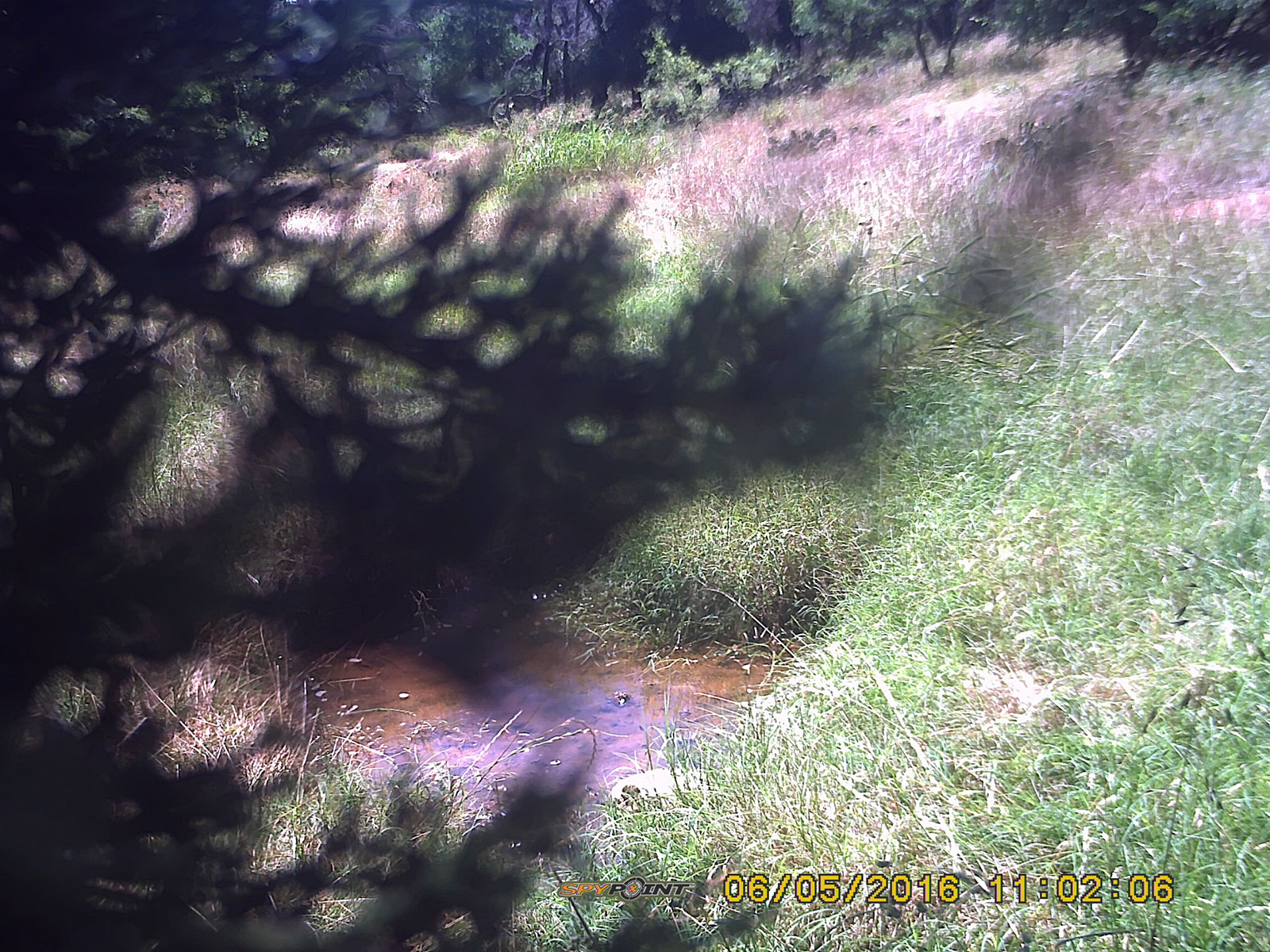 For example, when the wind stopped 8 hours later, we had a thirsty buck in velvet show up. 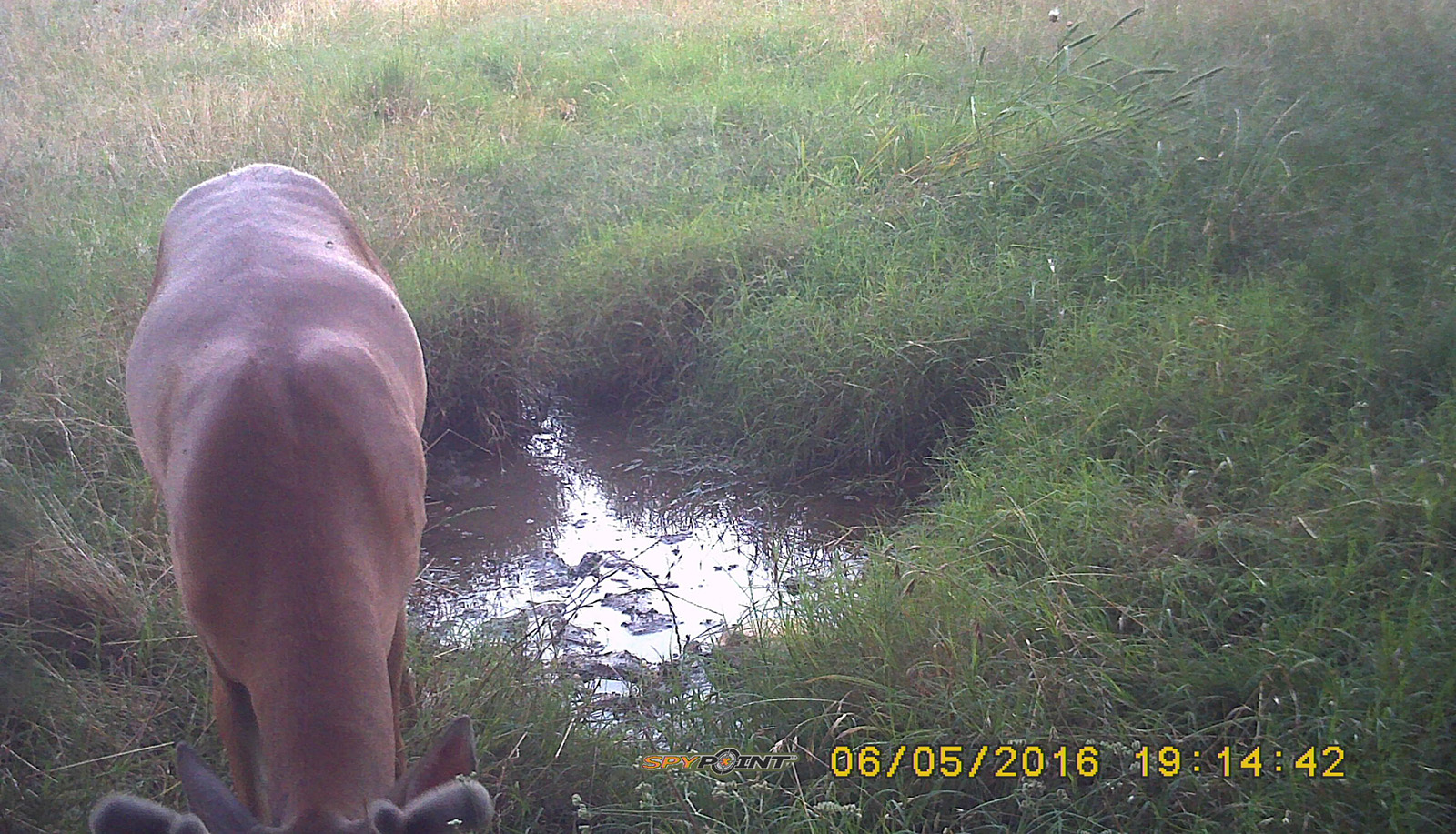 As he moves around we get different views of his fat body and growing antlers. 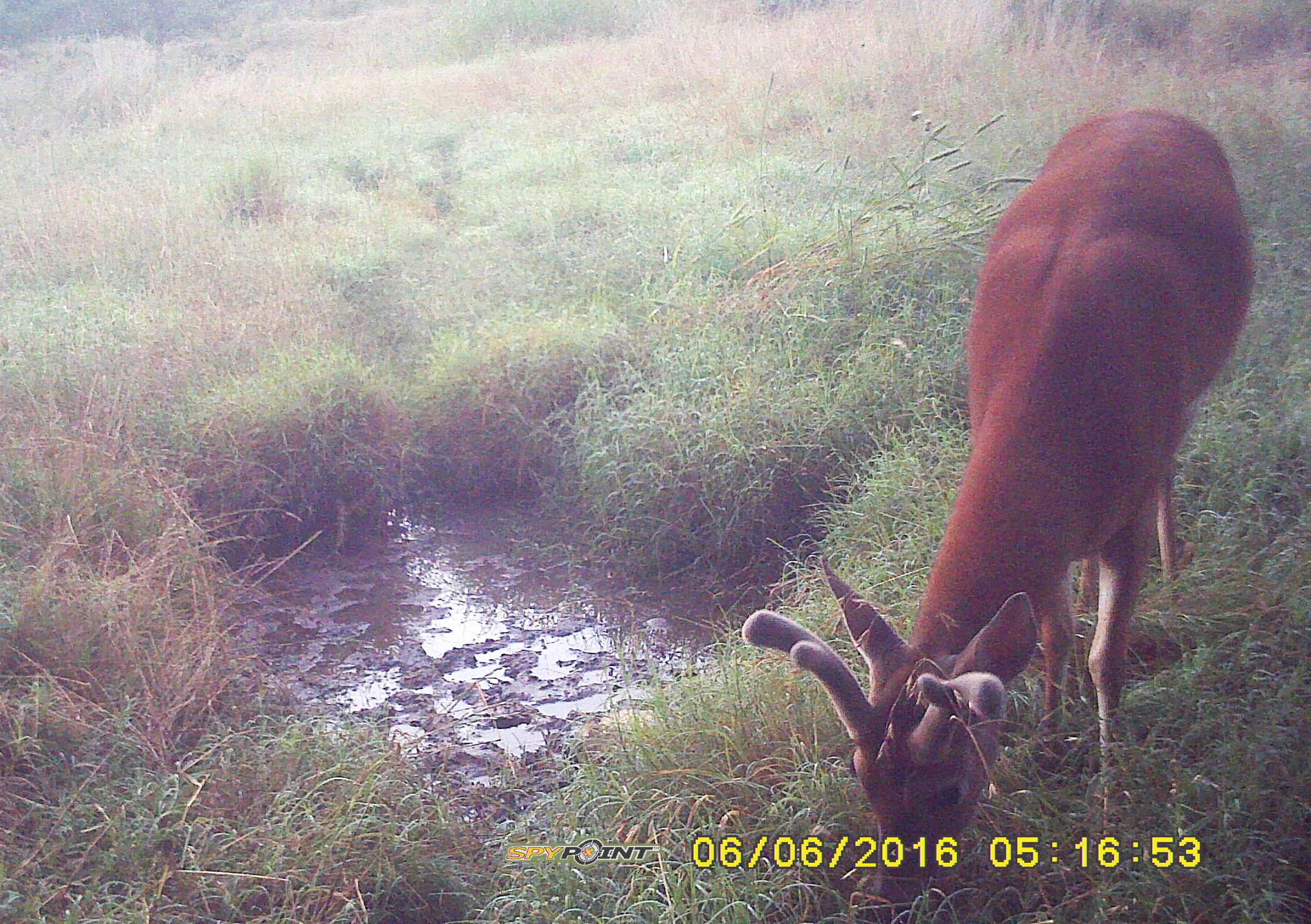 Five minutes later he is standing in the water and browsing on the tasty green growth around the H2O. The next picture was of his backside as he walked out of sight to the left. 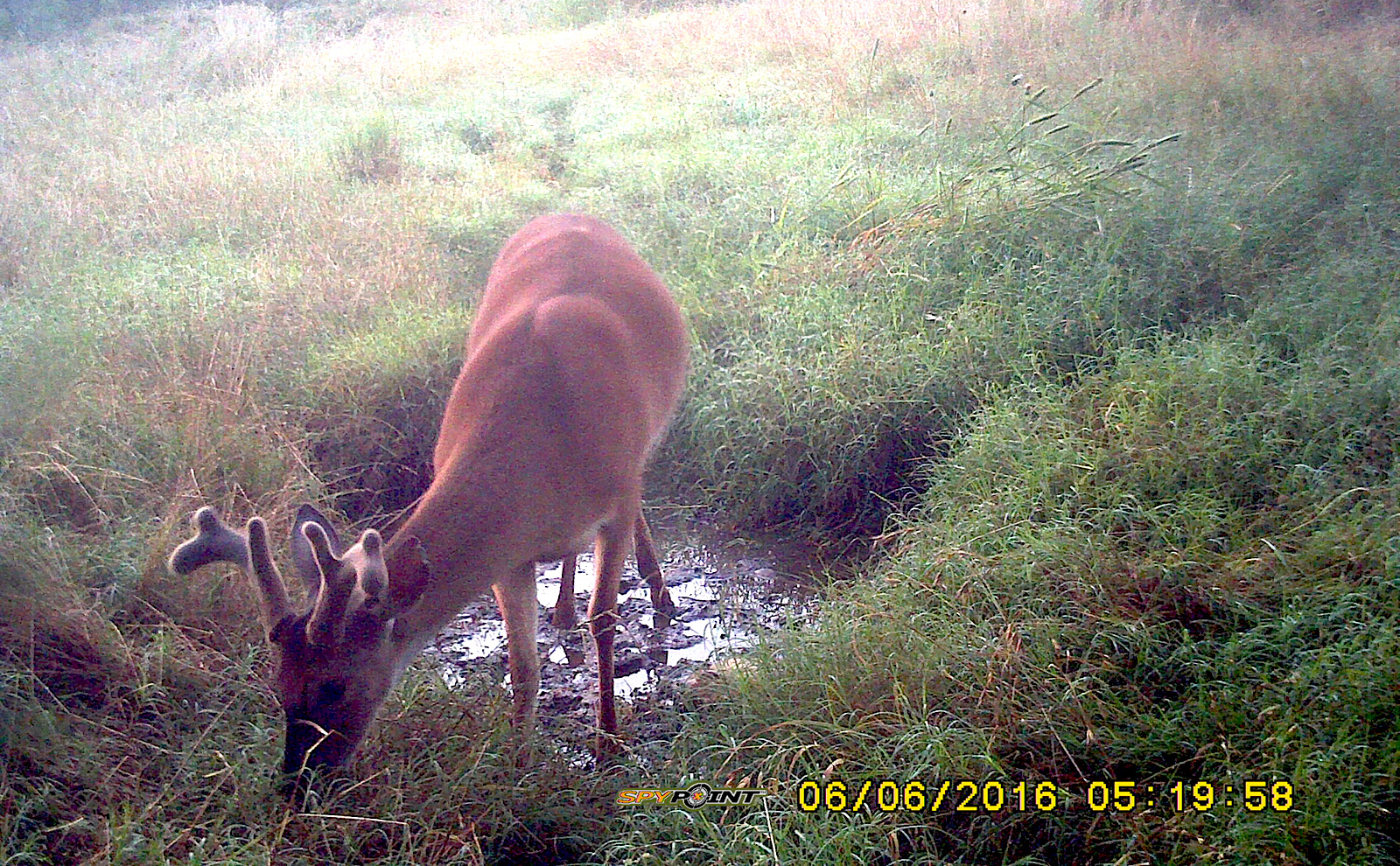 Ten minutes later he returns for another drink. 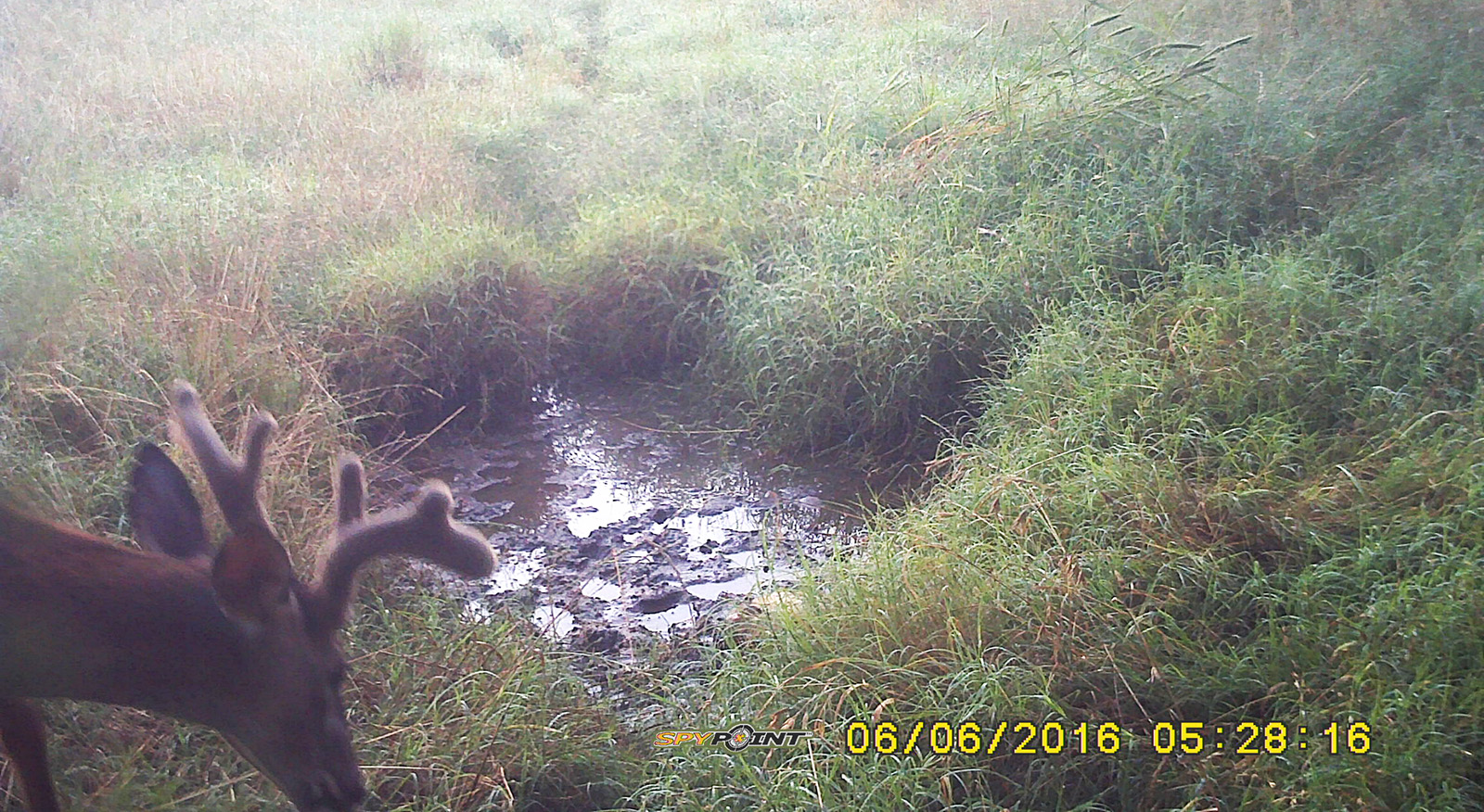 An hour afterward the shadows get longer and this doe hung out at the H2O for awhile. 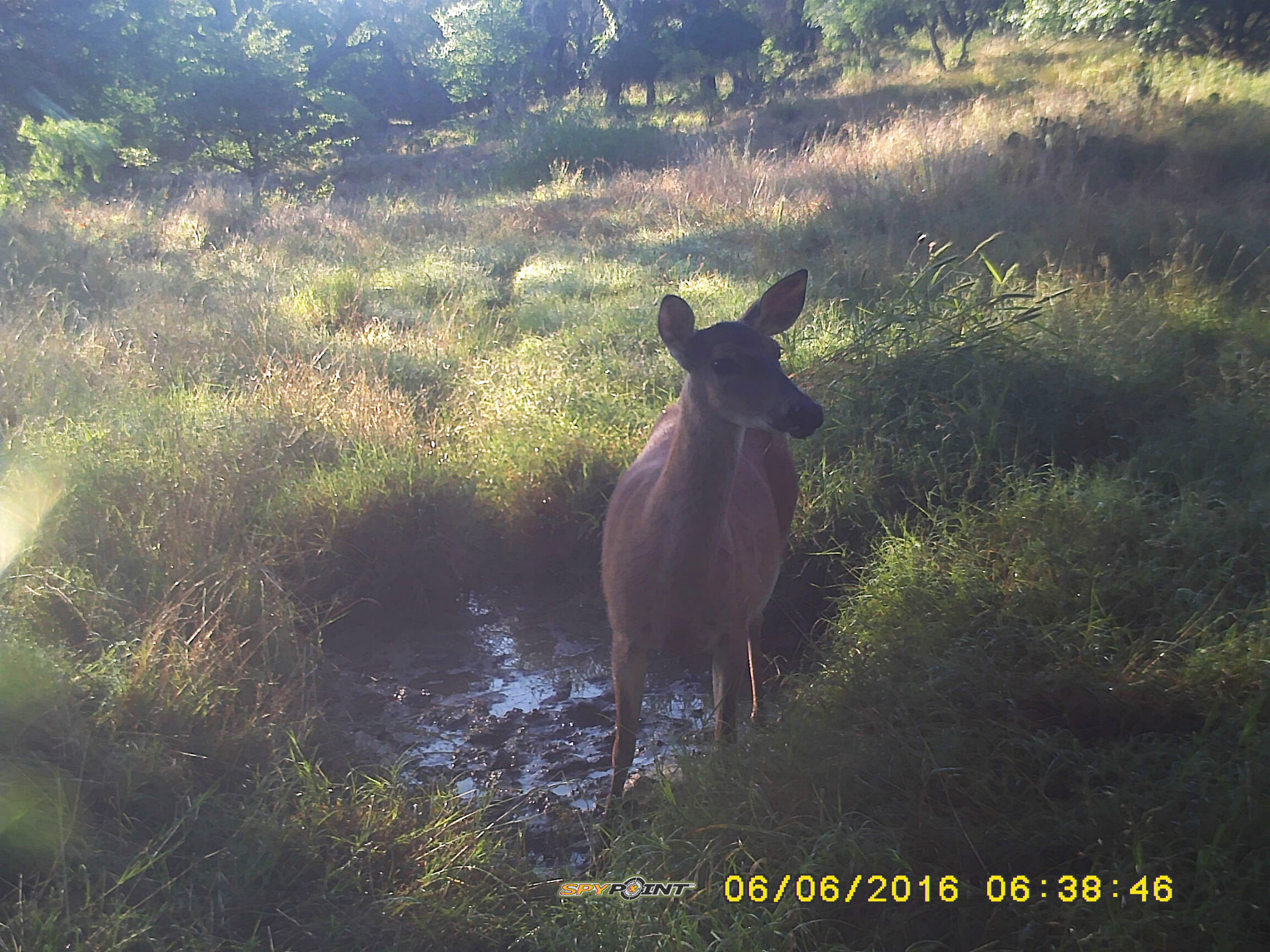