Some Deerhunters Fail Year After Year: Why? 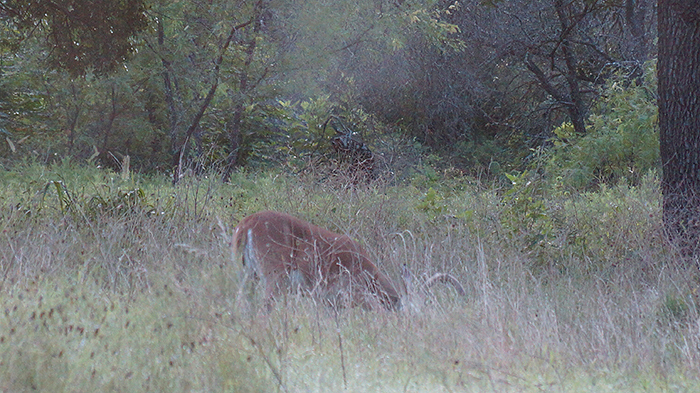 The result: the percentage of U.S. hunters who get a deer averages 38 percent.

Let’s turn those numbers around and we realize that the number of hunters that DO NOT harvest a deer is 62 percent. And these numbers INCLUDE hunters with rifle, shotgun, muzzle loader, bow and crossbow. So it is accurate to say that more Deerhunters will NOT get a deer this year than WILL.

Not what you thought, huh!

From my own 5 decades of deer hunting in several states I’ve noticed a few key facts about this. The hunters who DO NOT get a deer most years are the same people. You may have noticed this yourself. Heck, some of you just might be one of those hunters. Truthfully, during my first 4 years of bowhunting deer I was one. My problem boiled down to (1) I hunted a bucks only area and (2) when a buck came in close I got “buck-fever” like crazy, and when I did get a shot I always missed. And I’ve been told that the evil “buck-fever” has messed up a bunch of deerhunters. So it is still around.

It seems to me that there are only a hand full of reasons some deerhunters are repeatedly unsuccessful. I’ve noticed one big mistake that many hunters make. Cutting right to the chase, this common mistake is; Hunting the same stand or stands, over and over; and maybe even year after unproductive year.

Remember the saying “If it’s working, don’t change it.” This is kinda the opposite of that. it’s, “If it’s not working, change it.” However, that is quite a bit easier said than done. But deerhunting is not rocket science by any means and improvement is not all that difficult. You just have to do a few things a little differently.

Start by pulling your unproductive stand(s) down. If you aren’t having success from a stand area, give it up.

Now set a single goal; 1. Hunt where the deer are during daylight hours. Ok, go out and pull your treestands and ground blinds out of those non-deer-getting areas and let’s go to work.

NEXT: You Can Locate Where Deer Are In Less Than An Hour. Here’s The Secret.