The Doe in my Face 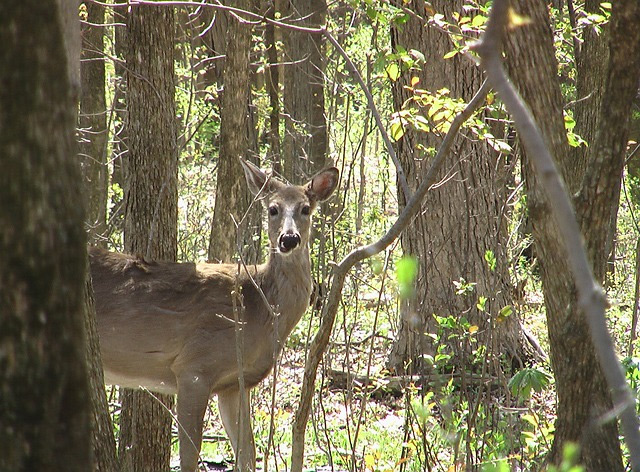 I have been hunting Missouri whitetail deer for some time now but I have never had a hunt like this one.

First I have to say I wasn’t used to the area I was hunting this particular morning but I wanted to try some new territory out, so I got up that morning like I would normally and did my very best to make sure me, my clothing and gear were all scent free.  I used everything from body wash to a clothing spray then sprayed down again after I got out of my truck. Being a work truck it can smell very lovely at times and those smells naturally clung to my clothing. Where I was hunting is a beautiful place within the Southern Missouri Ozark hills and weather was just right.  Needless to say I was amped for this hunt. I arrived at my planned parking spot and got my gear, climbing tree stand, Mathew’s Chill-R  loaded with Black Eagle Deep Impacts, a deadly combination to say the least, and headed out.

I double checked my map for the route I wanted to take to the area I thought might prove fruitful. As I started slowly walking through the woods trying my best to spot any sign I came across another hunter’s stand, a friendly reminder that we are seldom the only ones in the woods.  I gave the new found stand a wide berth as to do my best to leave the area undisturbed.

I reached the area I had planned to hunt and found a good tree to put my stand in. The area I picked was on a small backbone ridge that gave me a good position to overlook a low valley and some good tree tops for cover. There were plenty of oak trees and a persimmon tree here and there. As I sat there watching and listening for anything that might be waking up,  I got a very good opportunity to watch some raccoons mill around for food and play for a few minutes before they decide to leave off to the south. As they did my mind went back to why I was there. And, while I heard a few sounds that could have been made by deer, I never saw one. 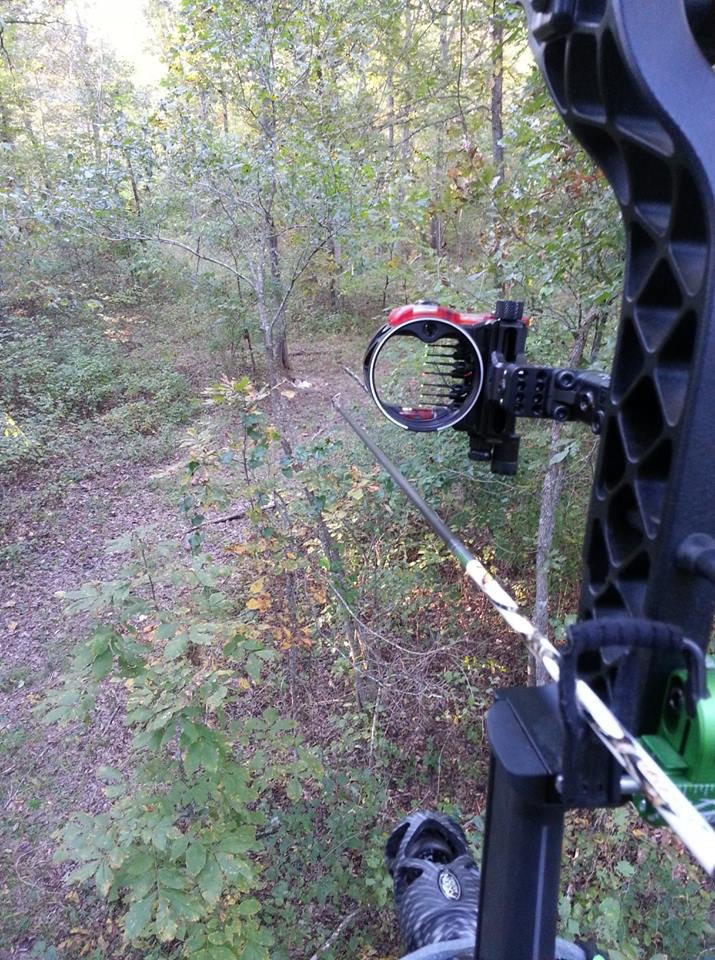 Nothing was moving and it didn’t look promising so I decided to climb down and move to “Plan B”. This was my first time hunting in this area so I used maps and GPS images to help me pick a few spots that showed promise judging from that lay of the land and tree types.

While packing my stand and gathering my gear I heard something behind me but passed it off as a squirrel as there were plenty of them in the area. Packed up and ready to move, I decided to head south west into a small opening in a thick pine tree grove. As I walked as quietly and carefully as I could I continued to hear sounds of animals moving about but nothing raised alarms as to the presence of deer.

Moving on, I spotted a hornets’ nest high in the tree tops and remembered my father telling me about how they could be used to help people who had breathing problems.  I looked down just in time to see a young doe. In Missouri you are allowed to take female deer with a bow. As I hadn’t been successful in taking a deer yet this year I decided to try and get some fresh meat in the freezer. As I drew my bow she turned and ran up the ridge about 50yards away and stopped. Taking a shot through the trees was a risky shot so I decided not to try. I let my bow down, still nocked with my Deep Impact arrows. I was sure this deer would never come back as not only did I startle her, I was standing next to a tree that lacked cover.

I was wrong. To my surprise she turned around, looked right at me and then took off in a dead run. Straight at me!  At this point I wasn’t quite sure what to do.  I had never seen a deer do this so I was thinking if I should I get behind a tree or stand my ground and hope she was just being gutsy trying to scare me off.  Regardless, I was thinking she just might give me a shot so I drew my bow and stepped behind my very little tree. She stopped at about 5 yards from me. That was all I needed.  I let my arrow loose just as she started to run toward me. The impact of the arrow was clean and she bolted right past me and just as quickly, she fell to the ground.  In less than 5 seconds I had released my arrow and the doe was down. With raised pulse and pumped up adrenaline I knelt next to my prize and thanked it for its sacrifice. I knew she was going to supply some great eating and she certainly gave me a hunt I’ll never forget. My regret?  I am new to this writing thing and didn’t take a photo of the doe. Now that I have the privilege to write on bowhunting.net for Black Eagle Arrows you can bet I’ll have better photos the next time.