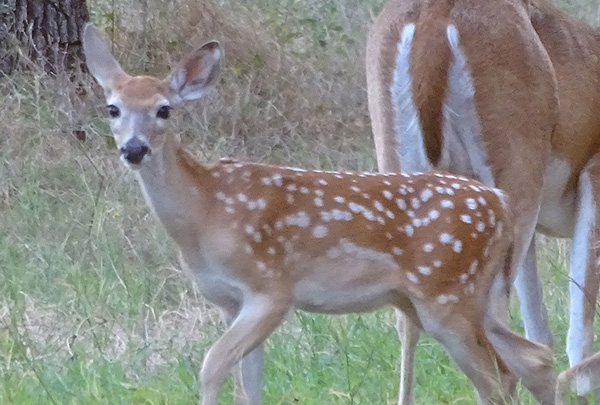 One of the highlights of every year in the deer woods is when it’s fawn time. I love seeing fawns. Around here we have what the biologists call a “Trickle Rut.” In most of the deer hunting articles they always talk about the peak rut type of rut period. But that’s not what we have. Now, we do have a peak rut, but it’s a smaller percentage3 of the doe herd than the areas in the articles. Our rutting season for does begins in early October when a few does come into rut. And every week some does come into rut until the first third of December. Then during the last half of December our Second Rut gets going as the does that were not breed come back into rut. So I would say that the term “Trickle Rut” is appropriate for our area.

So, you might be wondering what that has to do with watching fawns. Well, the first fawns are born in late March and April and they continue to hit the ground even as late as August. So in August, some of the fawns are 4 or 5 months old, and a few are less than a month old.

Here is a doe with a beautiful spotted fawn. 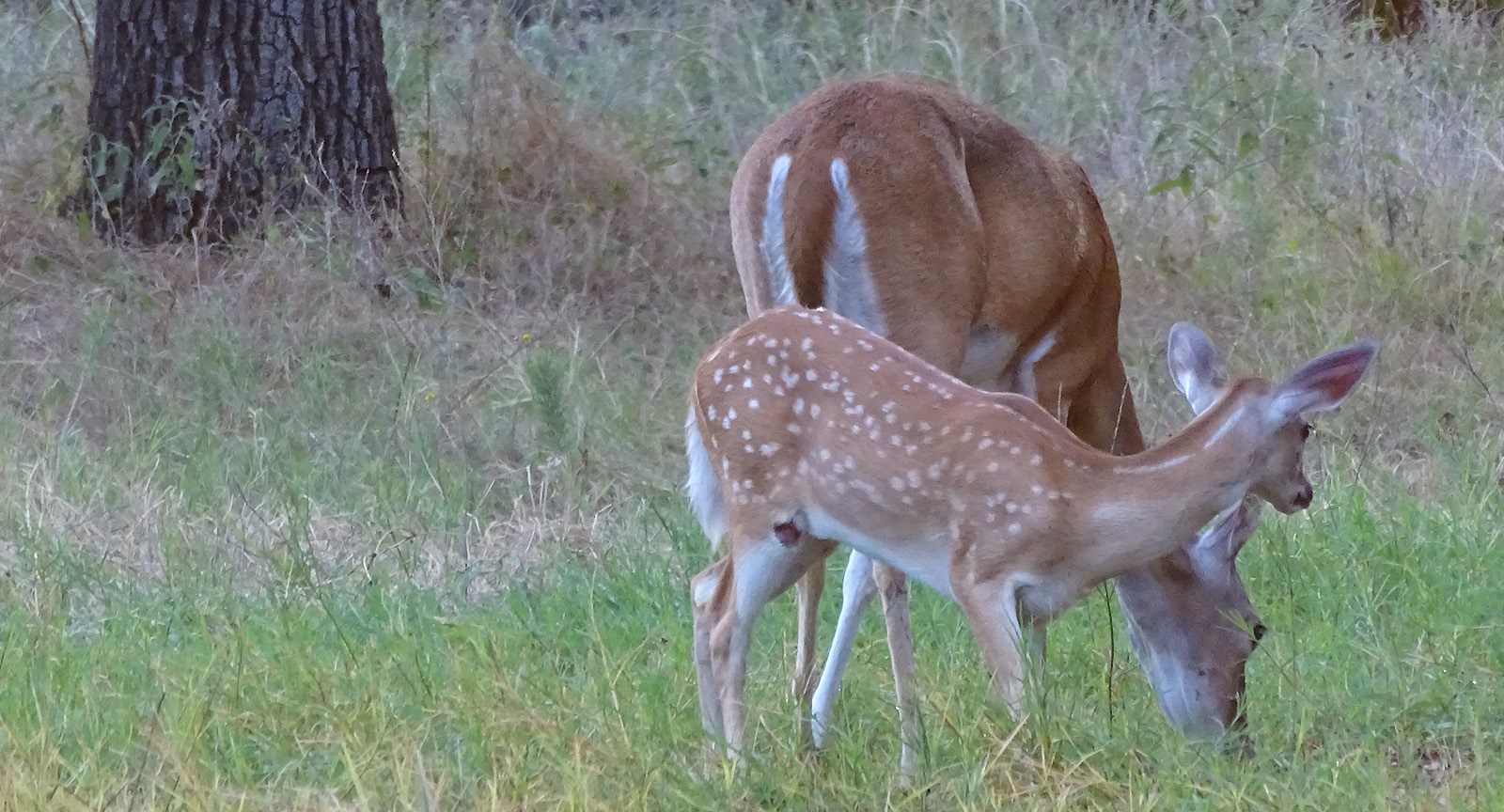 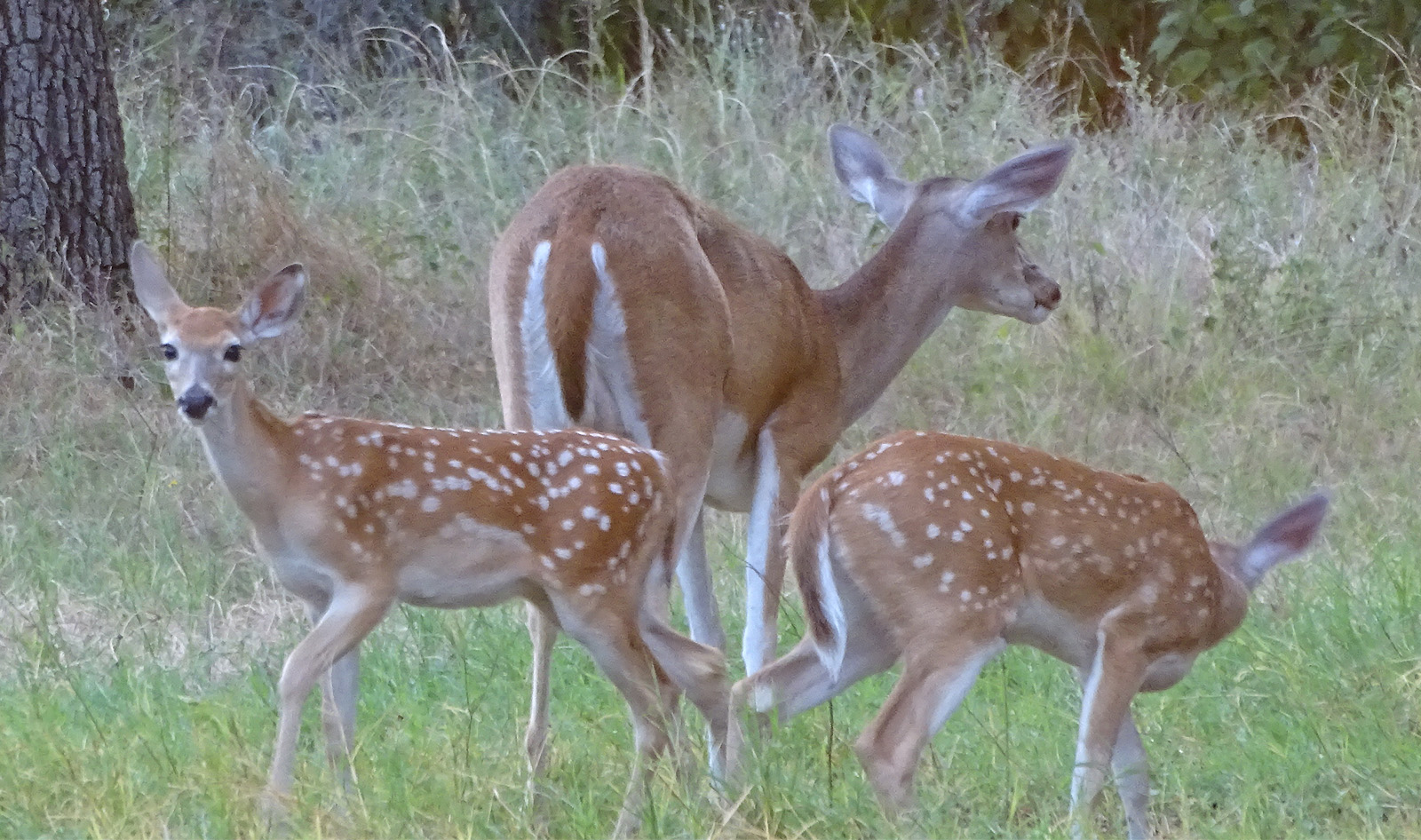 Fawns are not ones for standing still. They like to move around.

Hmmmm, did we see this fawn in the other pictures? 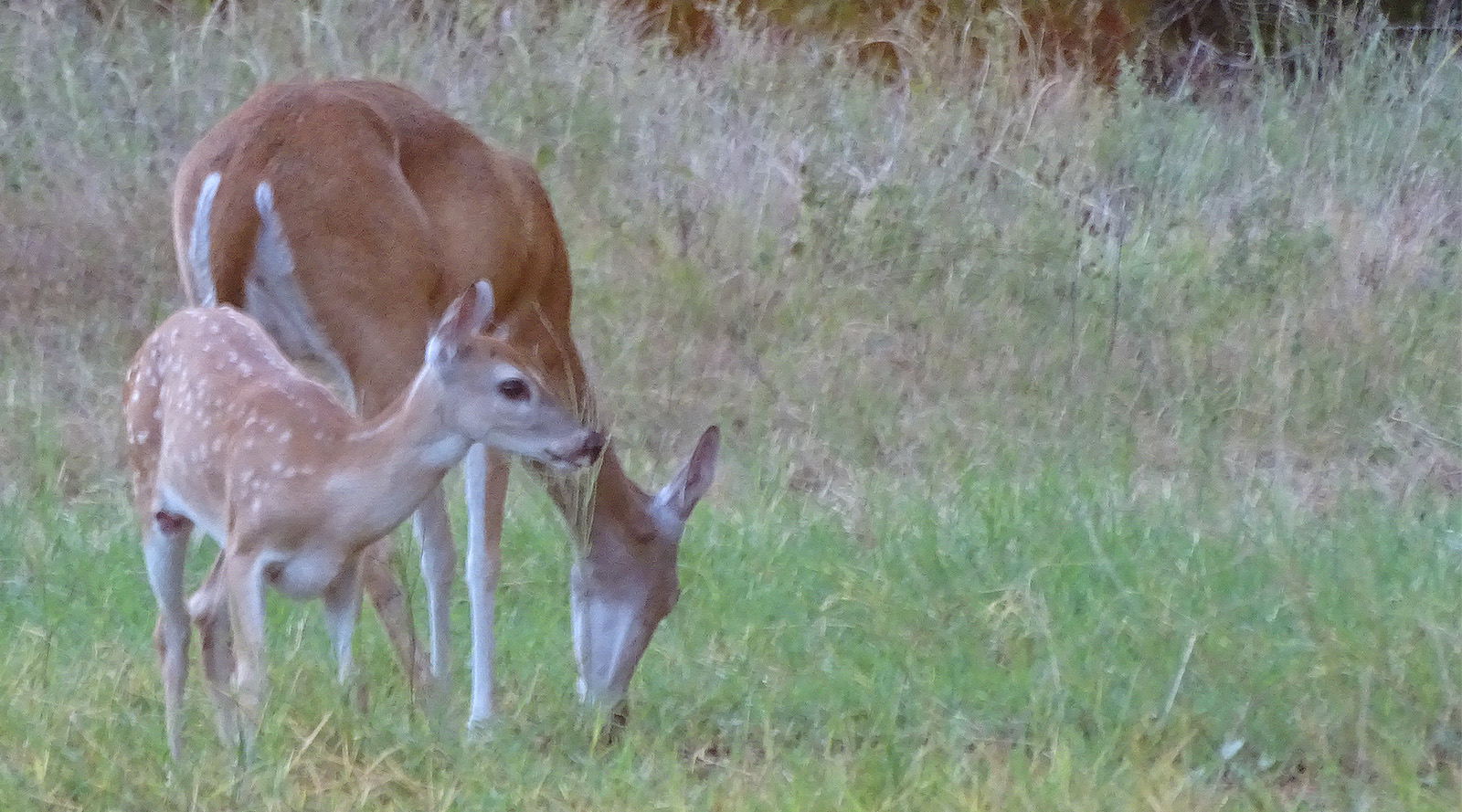 The answer soon became apparent as the fawn talley for this doe moves up to three. 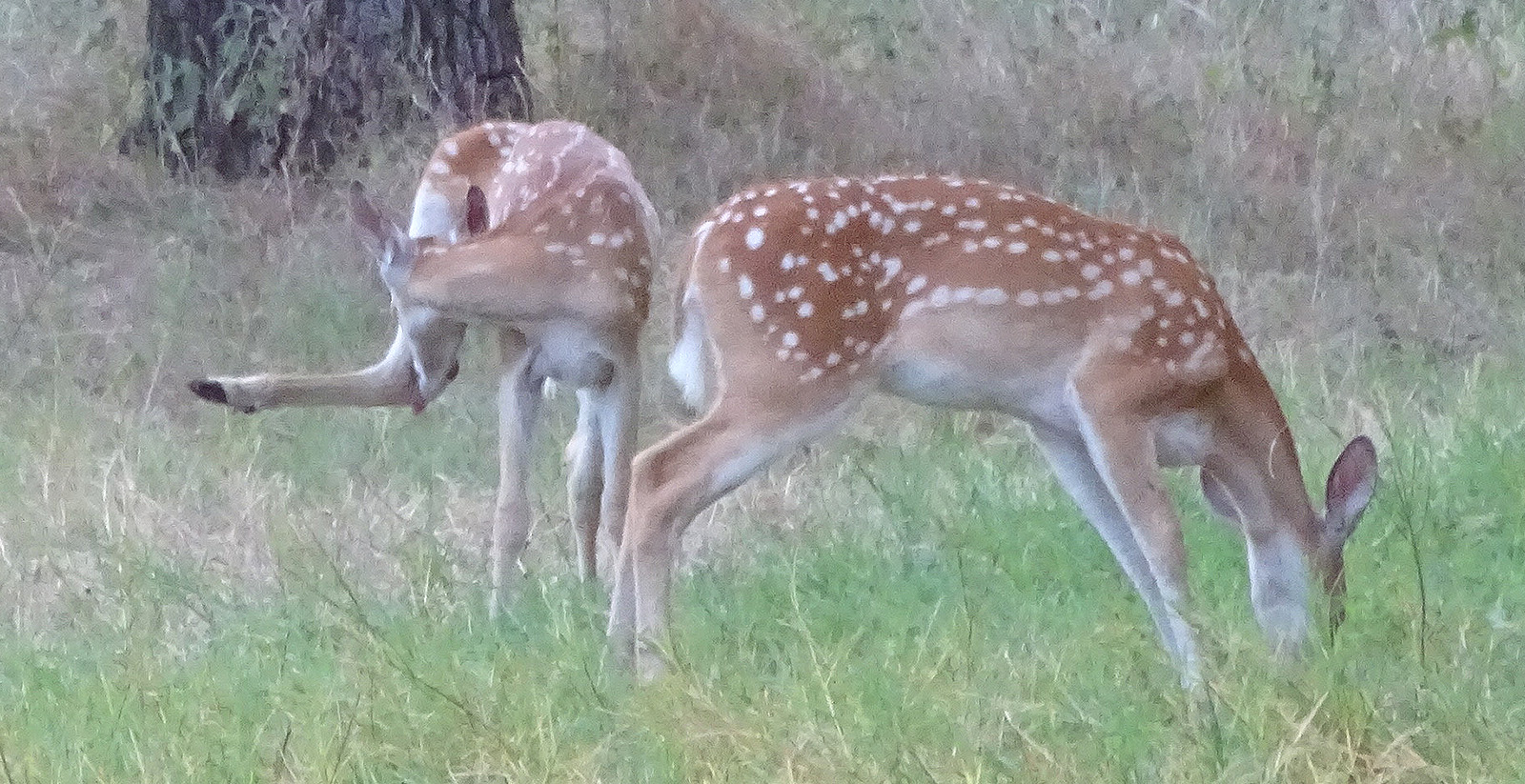 Walking around some more. 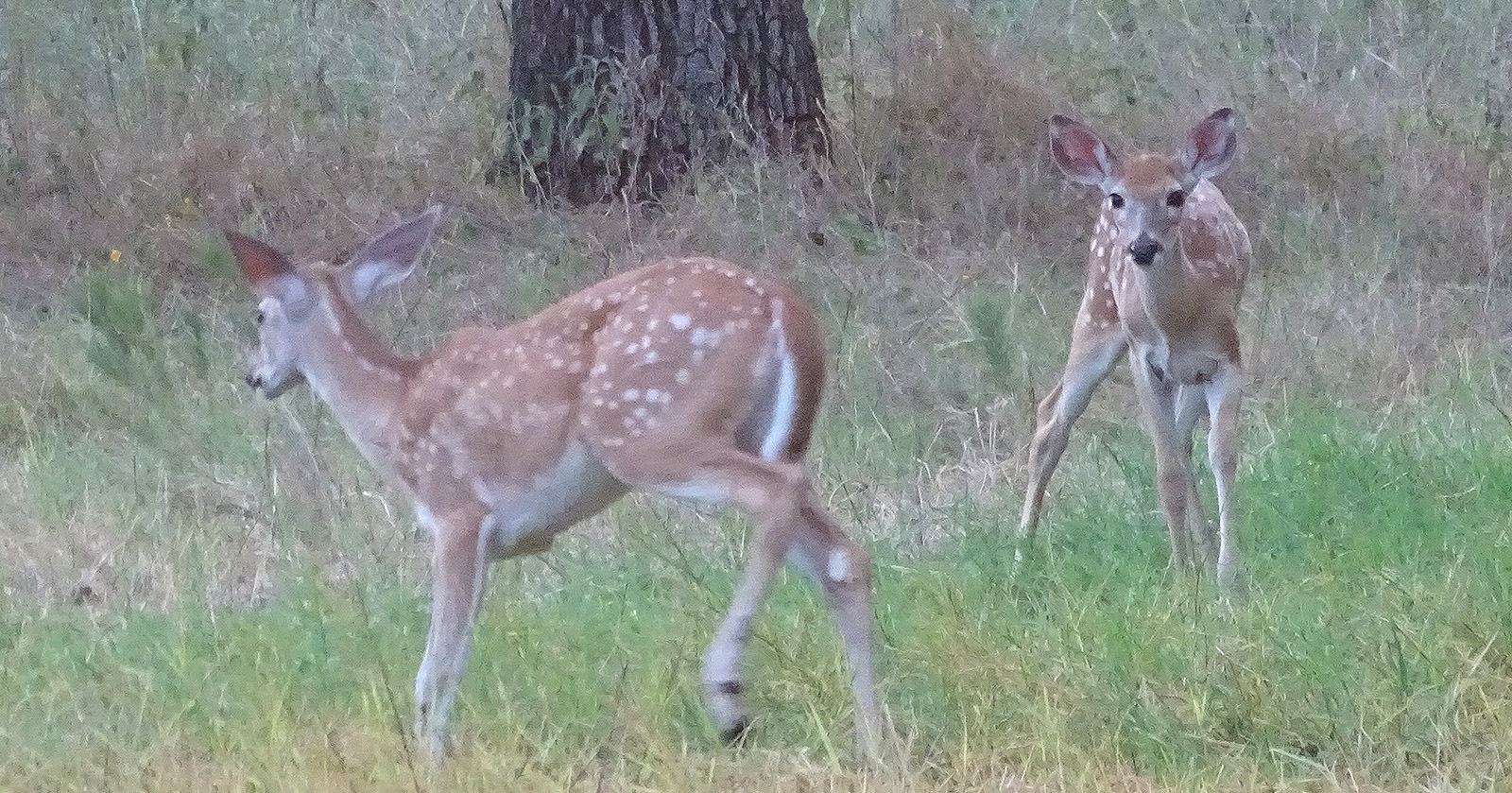 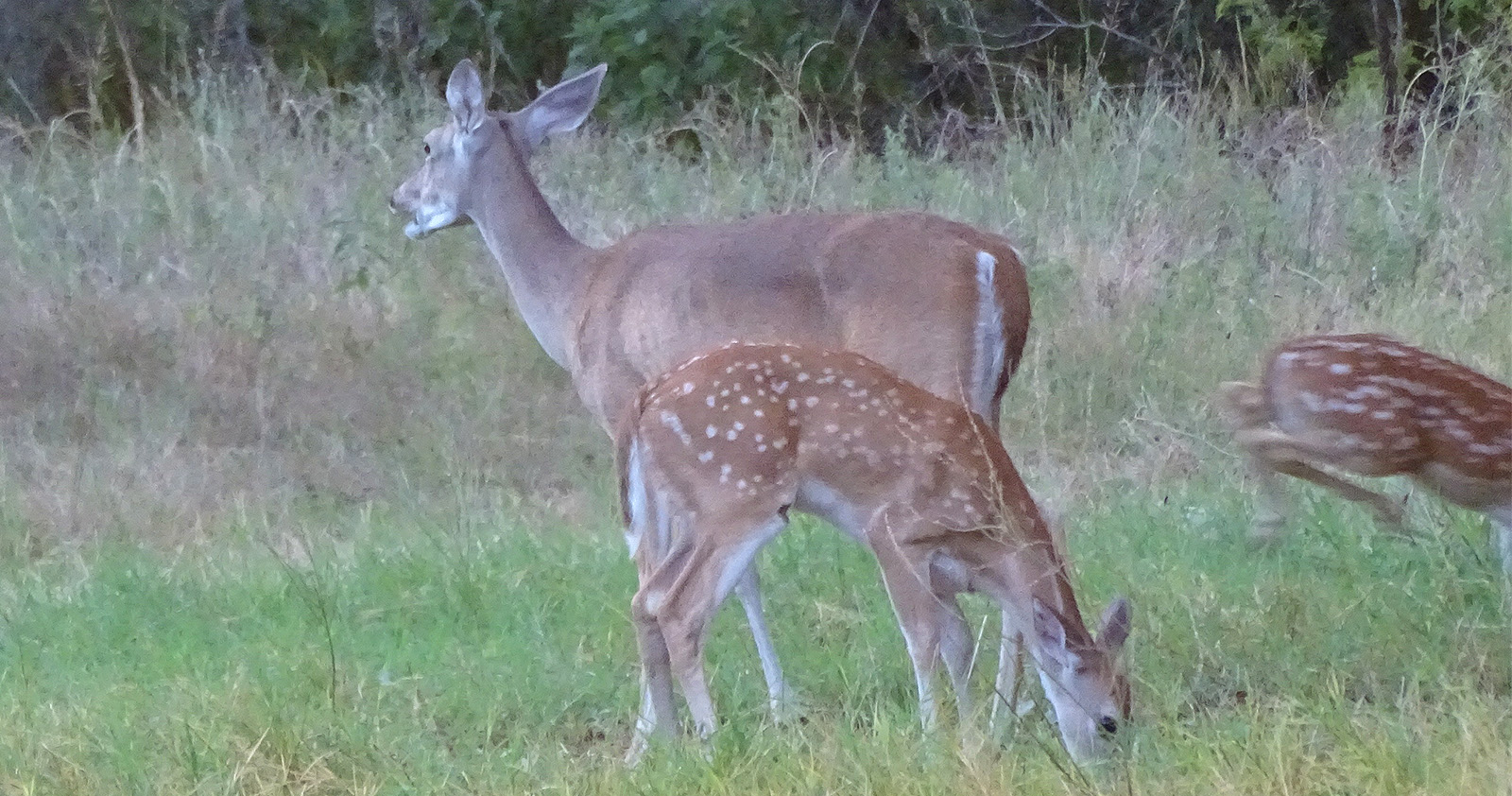 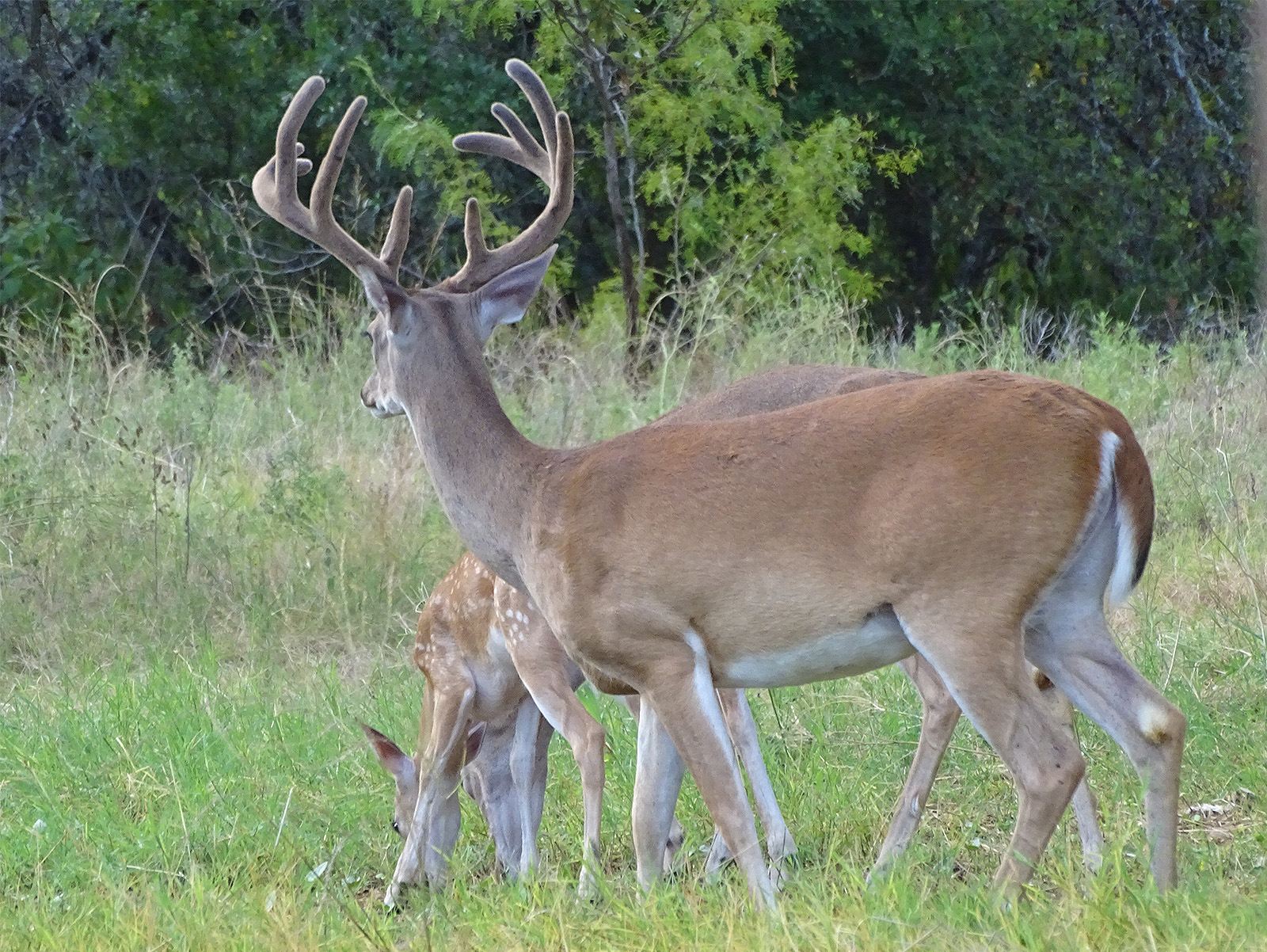 At this particular time the Fawns and Bucks are cool with each other.

My food plot got some good browsing action this morning, and we got to see some fawns too. 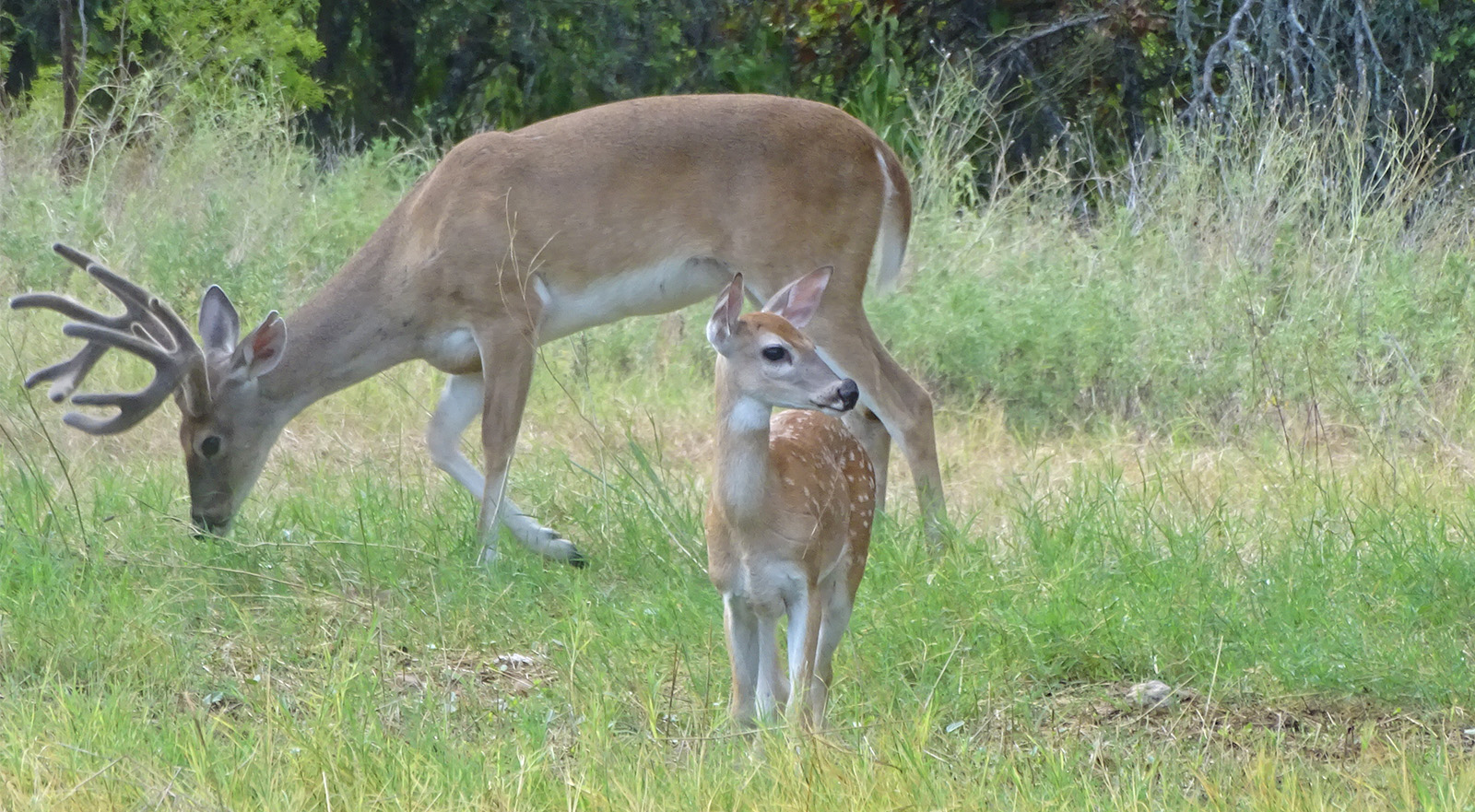 Be Sure To See The List Of All The 2016 Deer Scouting Posts.

You Can't Go Back? Really? Frank Did.