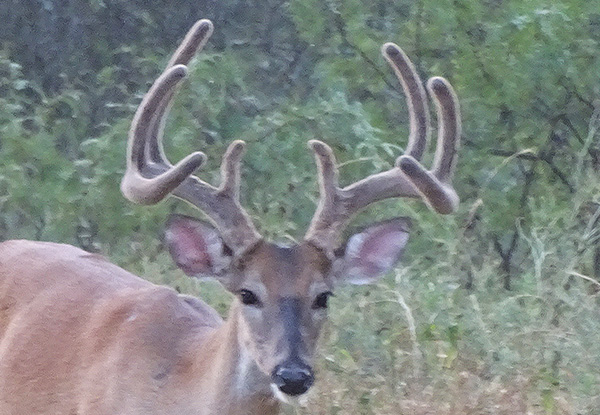 As I mentioned in the two previous articles the majority of the bigger racked bucks begin showing up on July 17. Frankly, I don’t have a clue why the “show up” date is the same, at least since I’ve been keeping up with it the last few years.

Some bucks are easier than others to keep track of year after year. The two prior years I’ve observed a particular buck I nicknamed Claw-Head because of the claw-like way each of his tines on the main beam curl over and look kind of claw like to me.  My first sighting of Claw Head in 2016 was on July 26, I saw a buck watching the area from the shadows of the trees to the north east. When he started walking I turned my camera on and took the first picture when he stepped out of the trees. 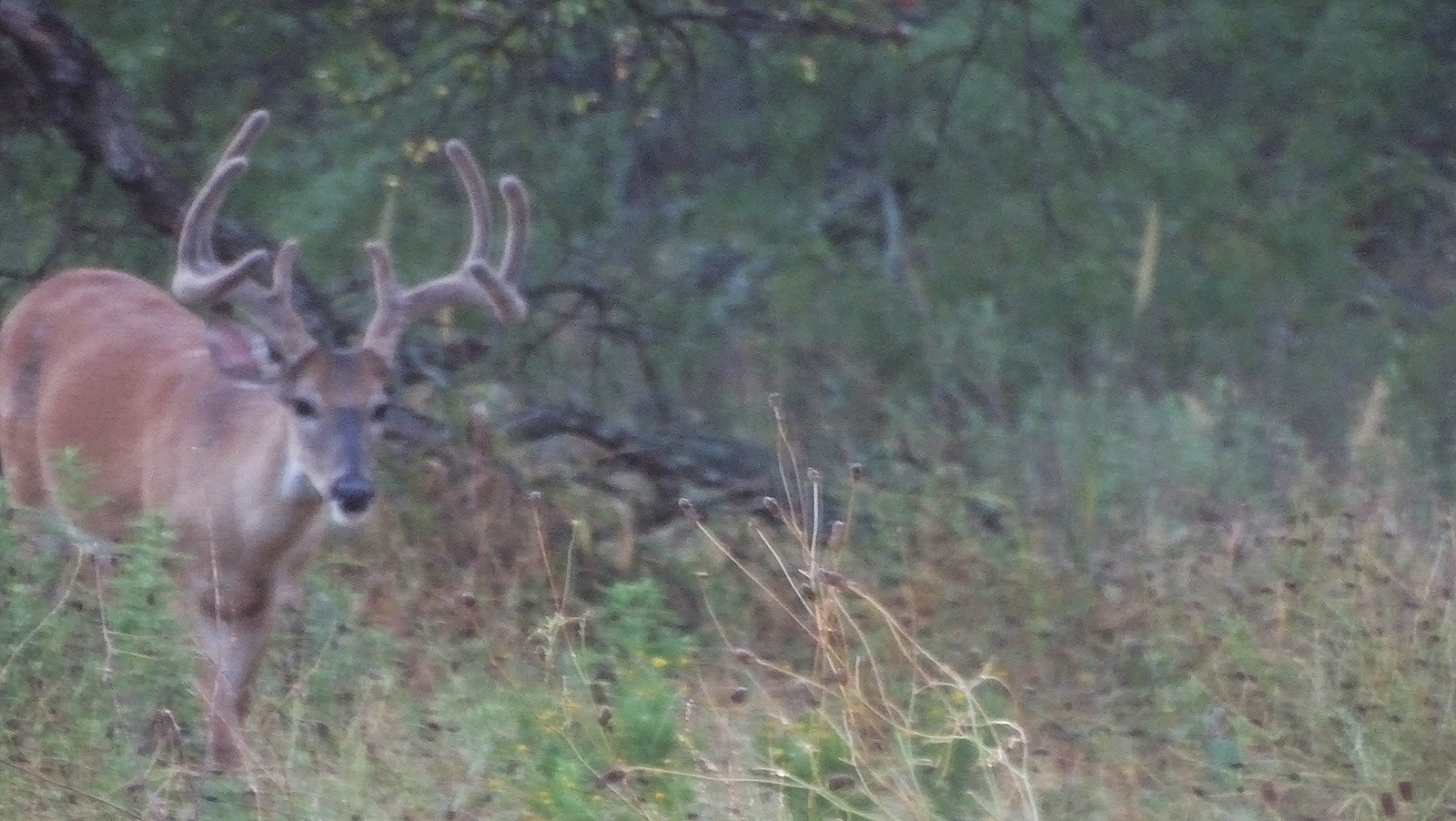 Without pausing the buck continued through the weeds moving in my general direction. 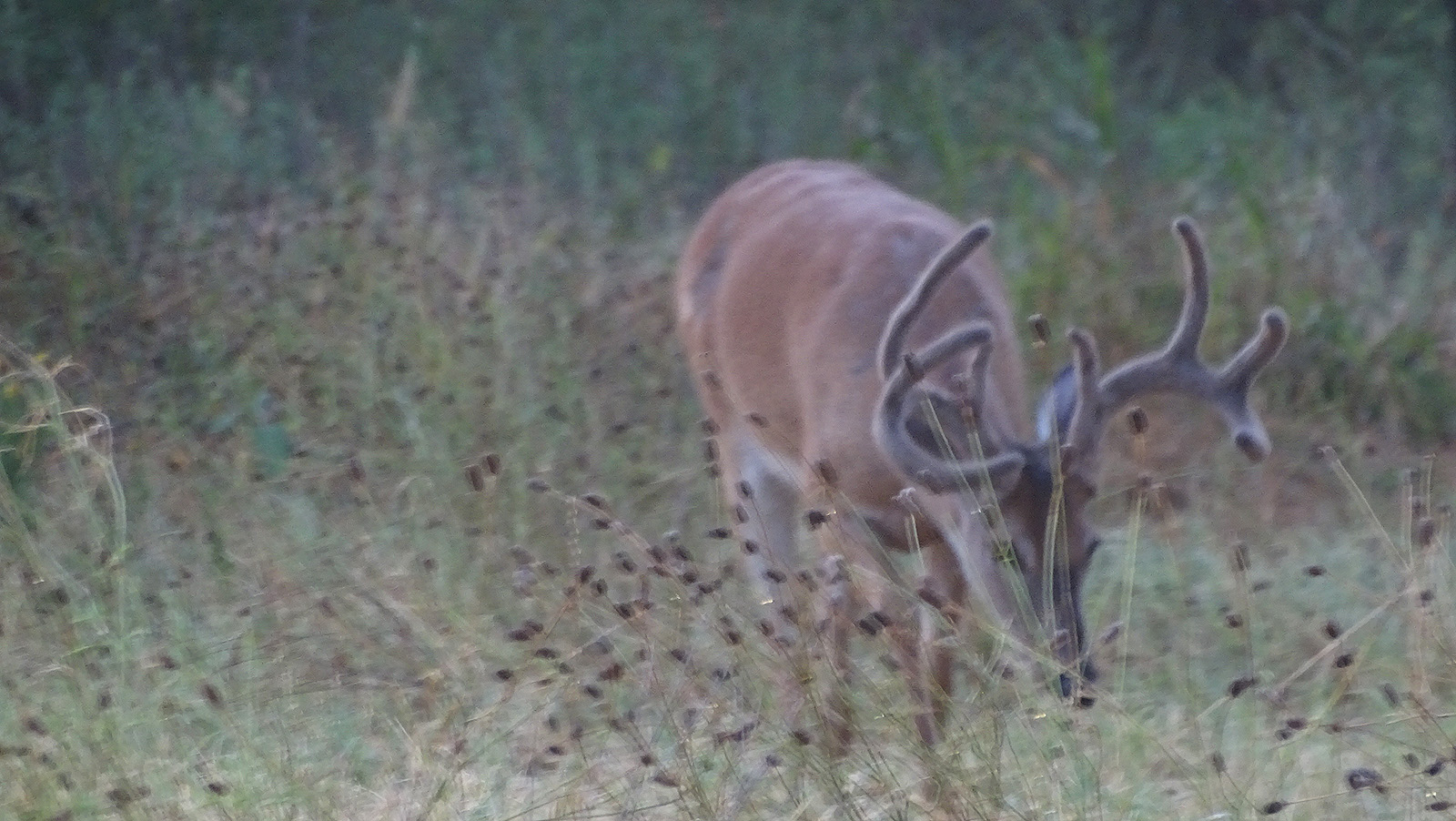 I came off a little with the camera’s zoom and took another pic when he made a brief stop. 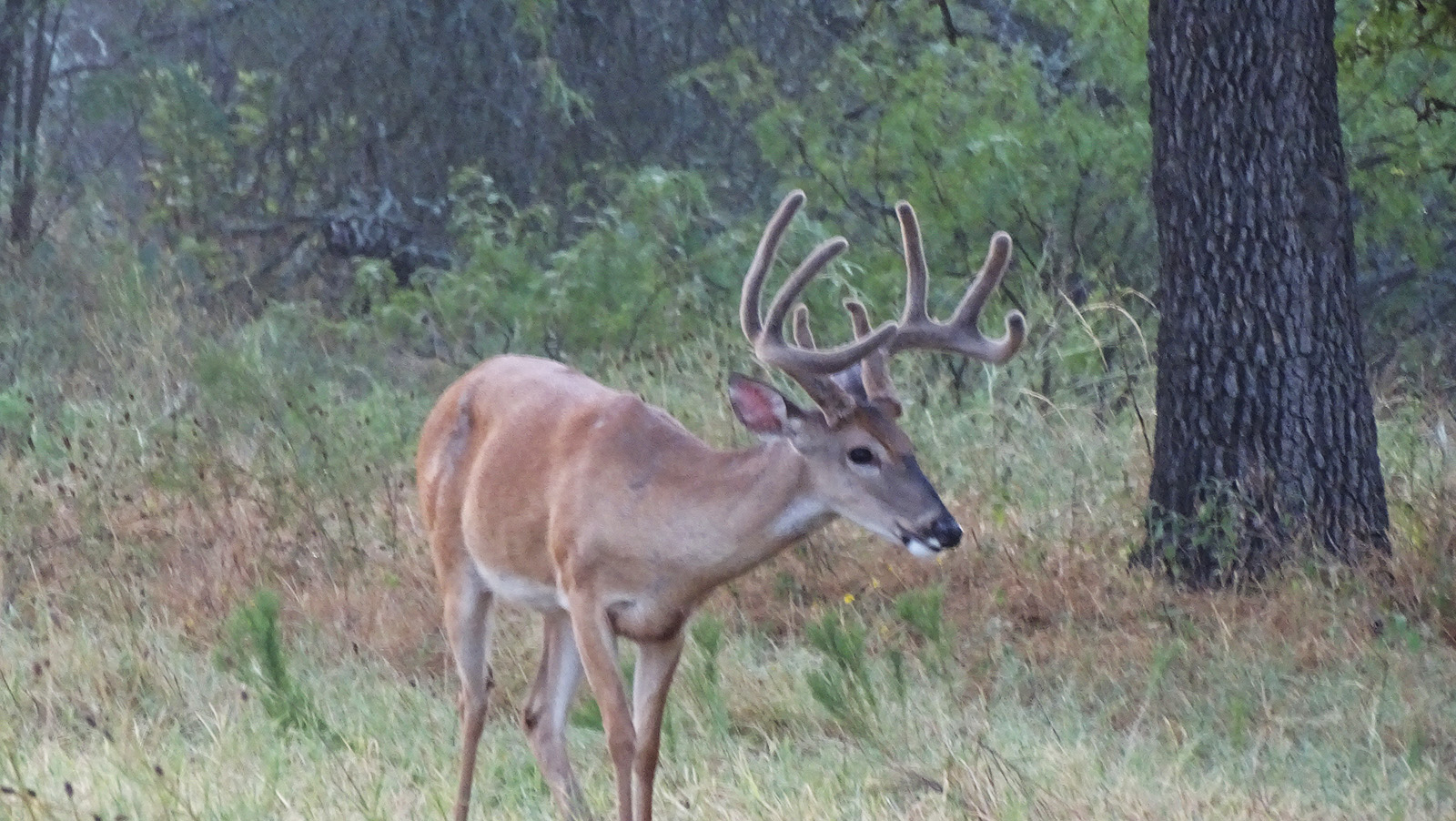 When he looked toward my blind I got another picture of his fine rack. Now I recognized him, it was Claw-Head. (I’ll show you how I got a positive ID on Claw Head in a minute.) 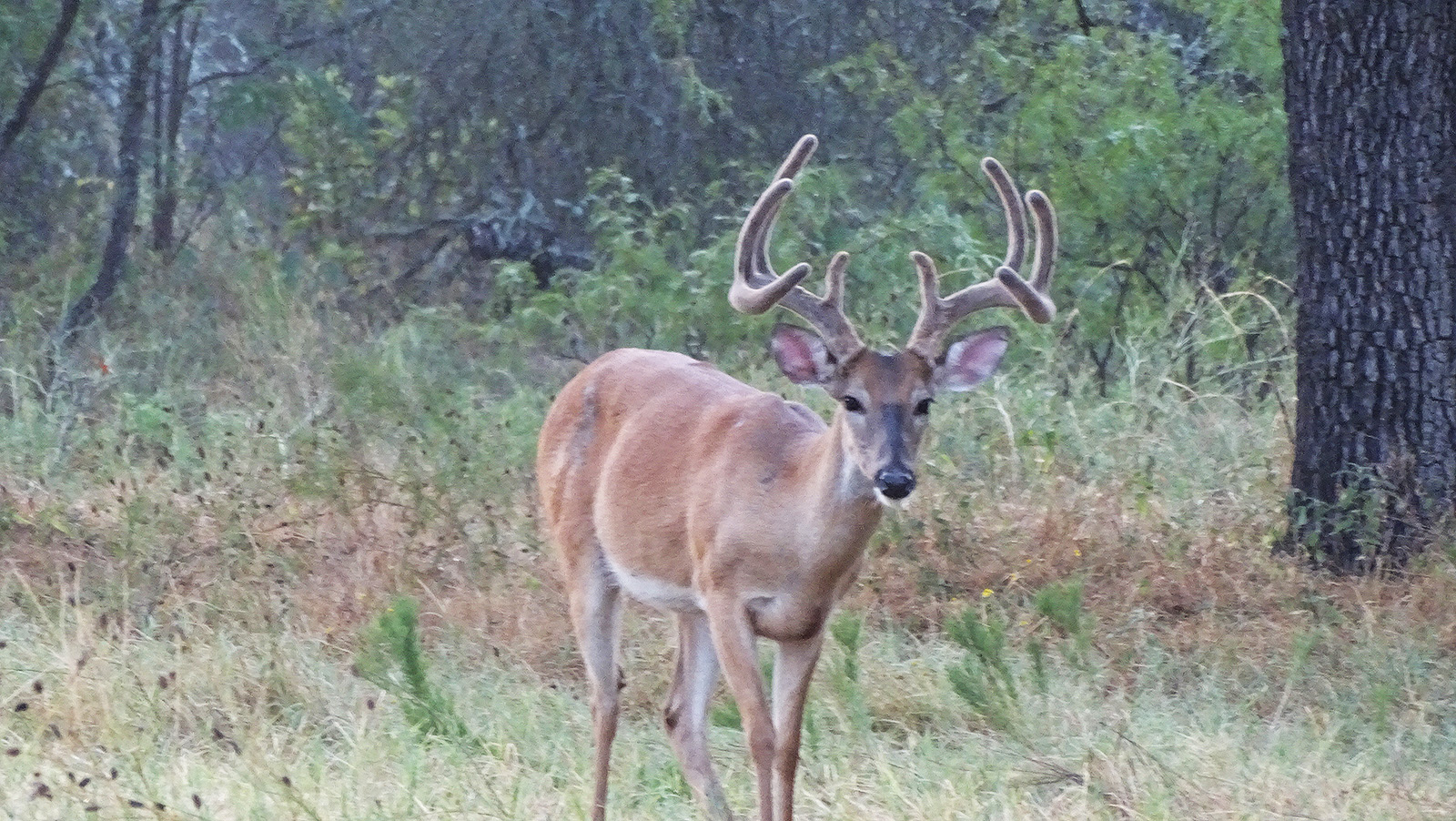 But he was not looking at me, instead he was watching a buck come up. 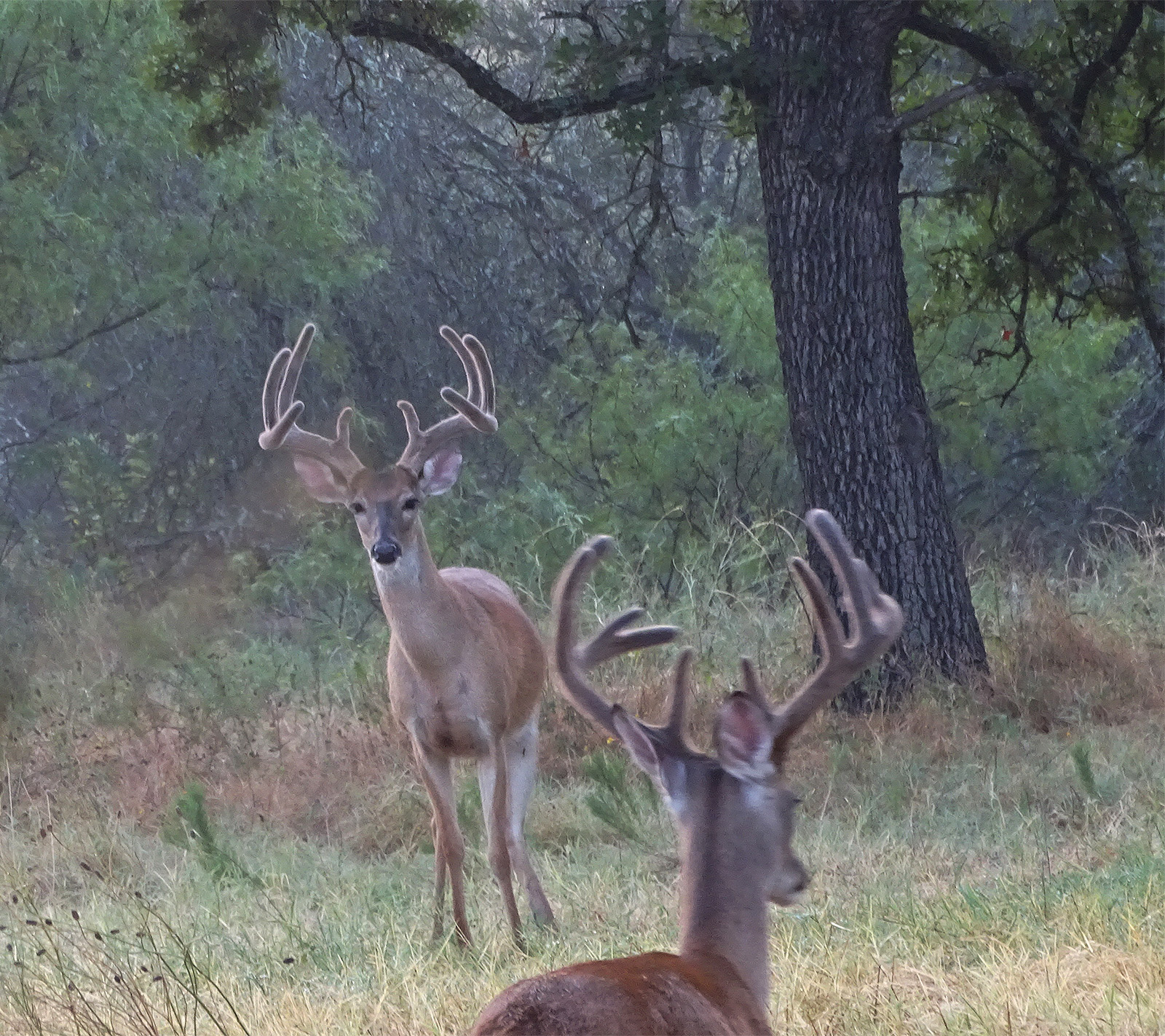 Between us. were two things of interest; the Duck’s homemade protein pellet feeder gizmo and a 10-pointer that had just walked up to the gizmo. Claw Head put his ears back for several seconds. 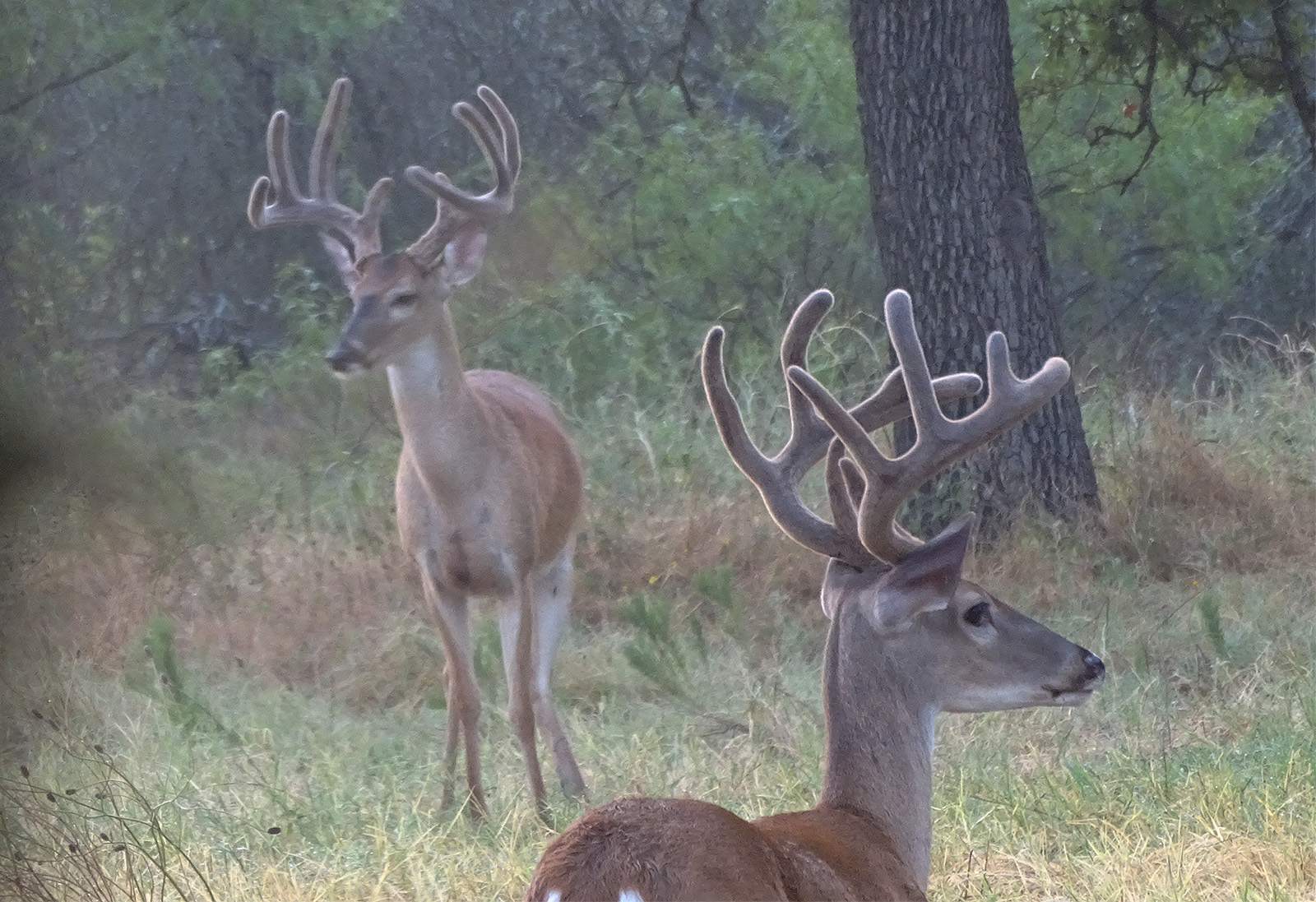 The new buck went for some of the protein pellets, Claw Head stood in front of the 10-pointer staring at him. 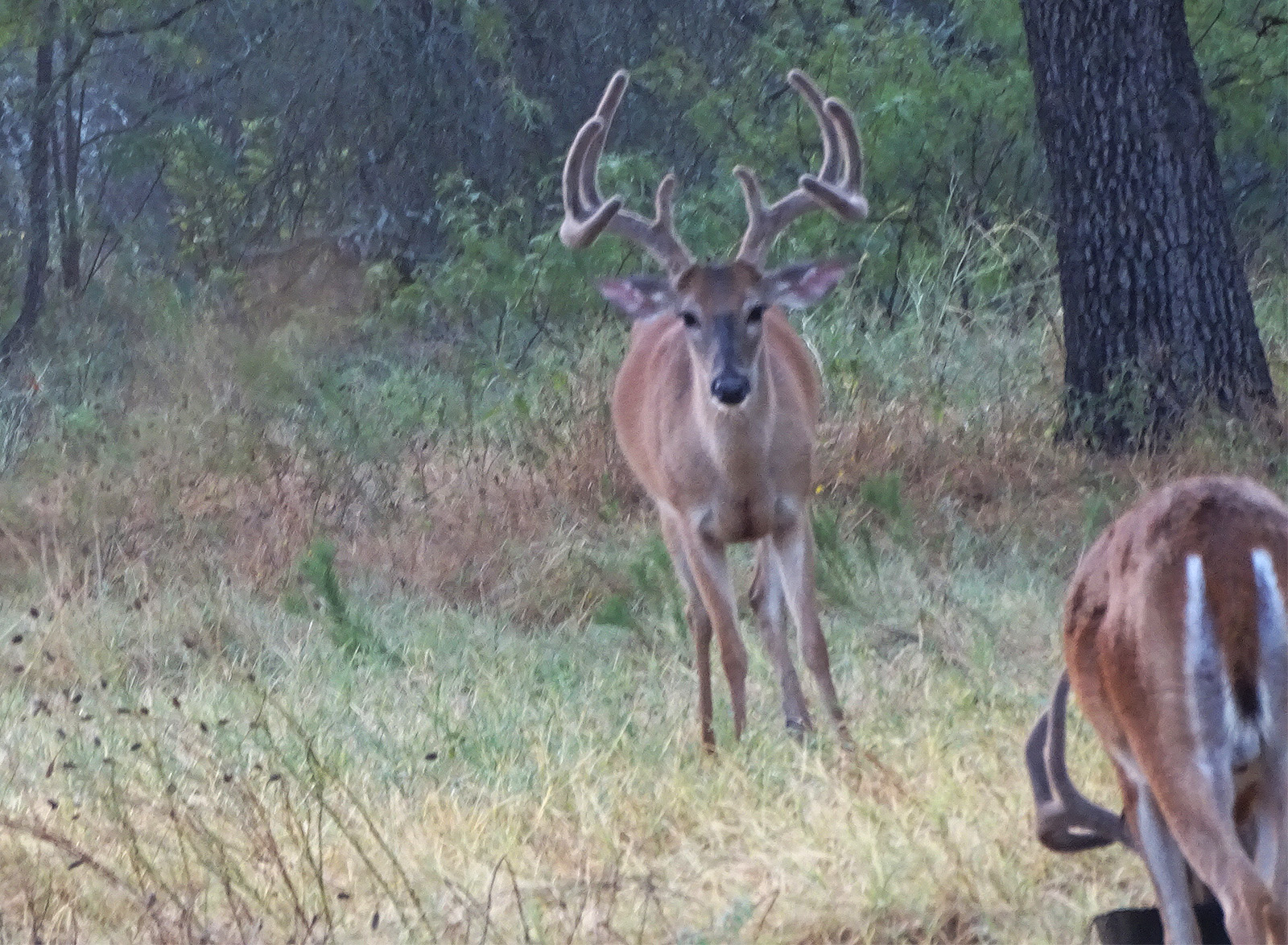 In the picture below you can see the set up for the protein pellets. The 10-point is scarfing up the pellets and Claw Head is flaring at him. 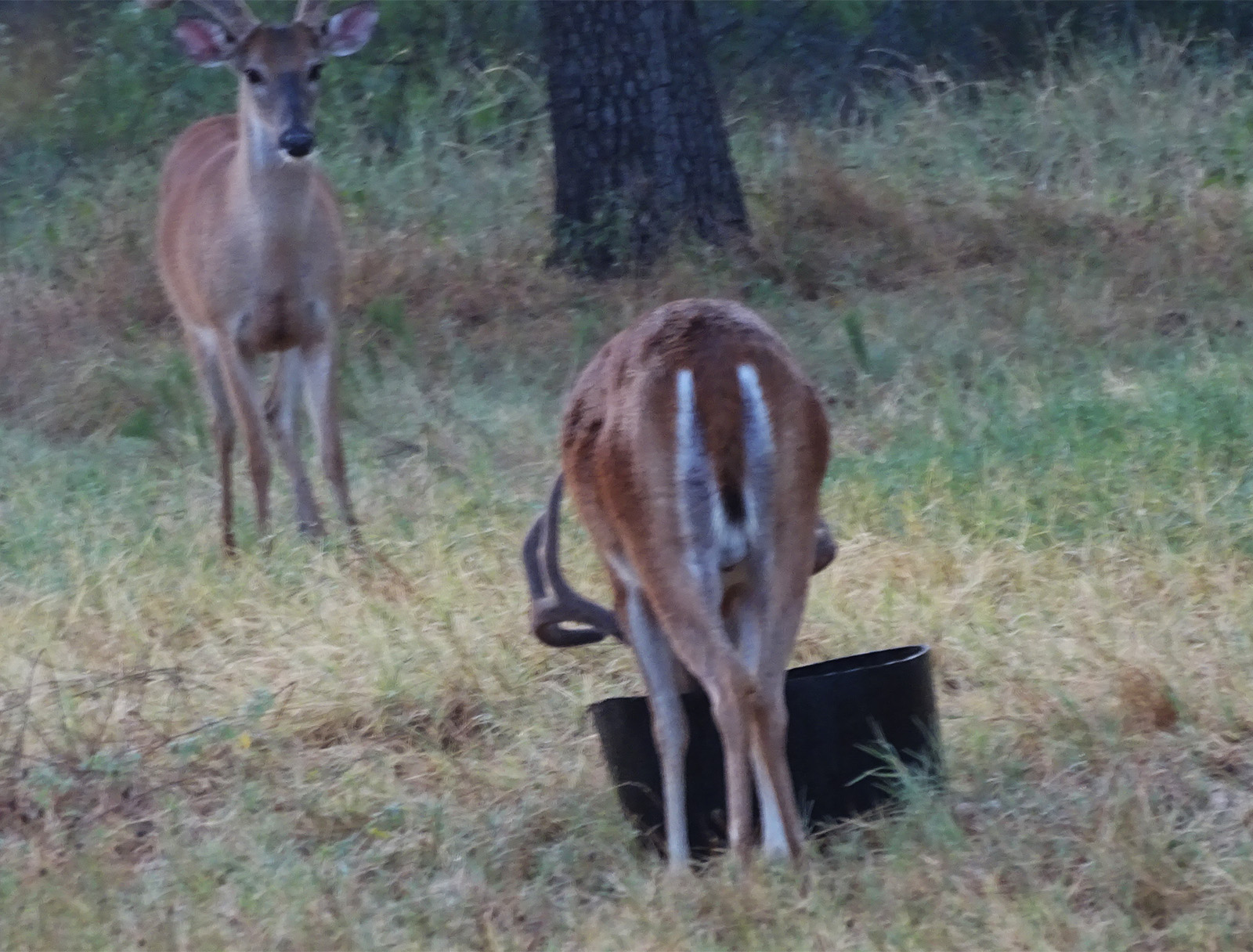 Ok, lets talk about how I got an absolutely positive ID on the Claw Head buck. I took the picture below in August of 2015. In it Claw Head is the buck on the left that is approaching two other bucks. Look at Claw Head’s brow tines and notice how the ends turn toward each other. Then scroll up to this year’s pictures and you will see the brow tines are the same. 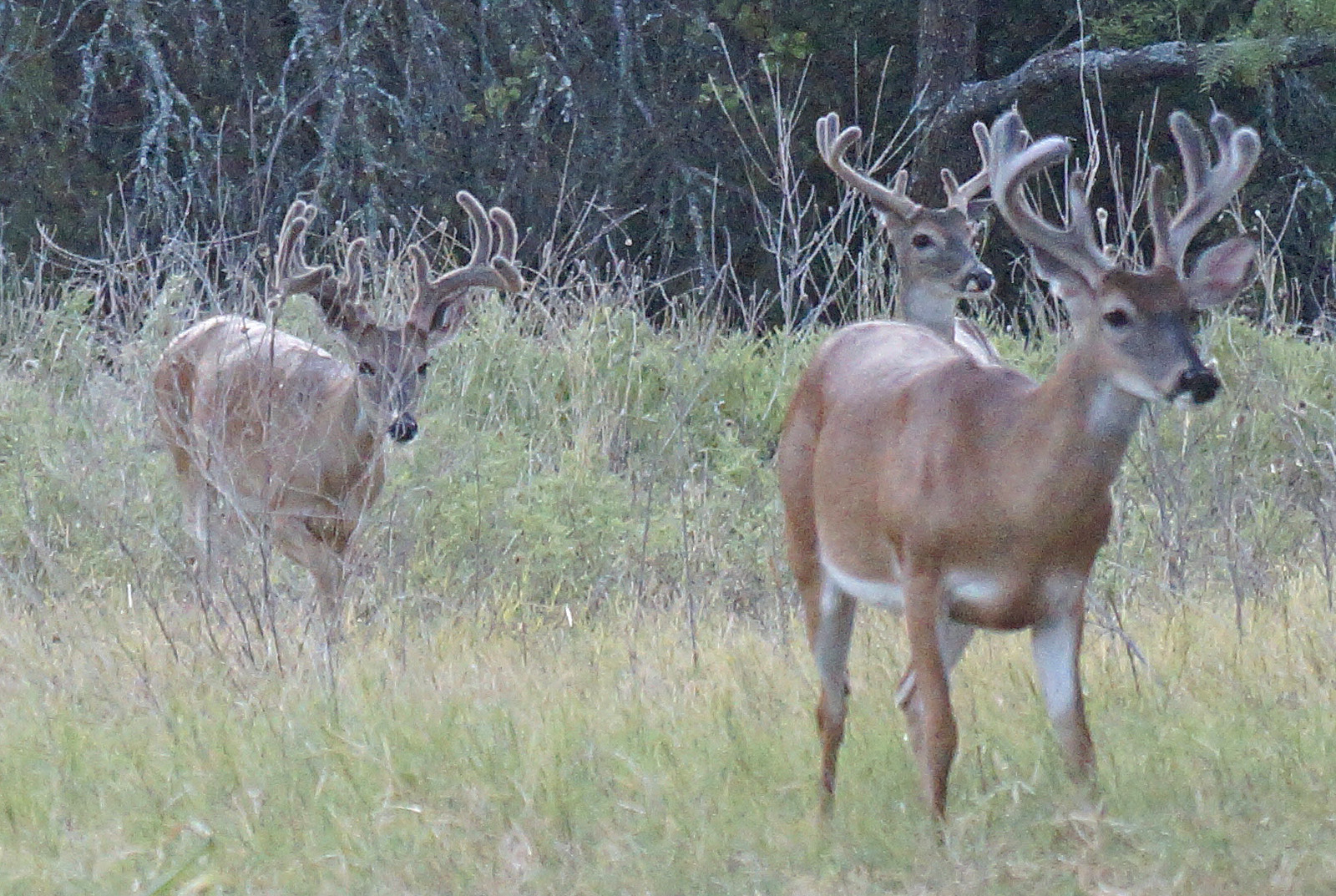 Also take note of note of the difference in the tine height and width of the main beam on his 2016 rack. Very Nice.