Do You Know This Bowhunter? 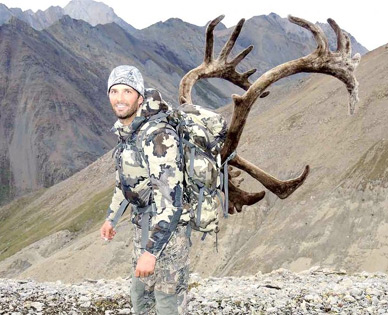 Donald Trump is the only candidate from the Republican Party left standing, which means the possibility he might be president is a few degrees closer to reality. Not to mention, next week, you’ll see him on his biggest stage yet: The Republican National Convention beginning July 18.

So, what does the presumptive nominee think of hunting? Although “The Donald” himself doesn’t hunt, his sons, Don Jr. and Eric, do. In fact, they hunted pheasants in Iowa before the state’s caucus in February.

It’s no secret hunters are a target market for Republicans, and hunting is arguably an issue that must be addressed to gain voters, no matter a candidate’s stance toward it. Hunting has long been a convenient way to curry favor with prospective voters, whether it was Teddy Roosevelt hunting moose or Bill Clinton hunting ducks.

Even so, the Trump sons recently came under fire after a successful big-game hunting trip to Africa. Despite the criticism, Don Jr. refused to apologize. He told The Washington Post: “If you’ve followed a Trump long enough, you know that’s not in our genetic makeup. Rather than do that, I tried to say, in a reasonably intelligible way: Here are the benefits of conservation.”

Don Jr. went on to discuss how hunting influenced his upbringing. “Growing up as a kid in the city, (hunting) kept me out of trouble,” he said. “I was in a tree stand or a duck blind instead of doing all that other stuff I could have been doing. When my brother, Eric, got married, instead of doing that usual, no-upside Vegas bachelor party, we took a lodge in Alaska and went fishing for king salmon.”

When we think of hunters, we don’t typically think of New York socialites. Instead, hunting often conjures up the image of blue-collar men and women. But according to the New York Department of Environmental Conservation, nearly 700,000 New Yorkers and over 50,000 nonresidents hunt in the Empire State.

The Trump sons aim to break such stereotypes and show they have legitimate hunting skills. CNN notes that effort in the sons’ pheasant hunt in Iowa. “They acknowledge they were looking for a photo op to prove that despite being fancy New Yorkers, they share a pastime beloved by many Iowans,” the network reported. “They’re also pretty good shots.”

Don Peay of Utah, founder of a group called Sportsmen for Fish and Wildlife, joined the Trump sons on that hunt. “When you see nine pheasants come up and nine pheasants go down, that’s not faking it,” Peay told KUTV in Salt Lake City.

CNN reported that the sons were introduced to hunting by their maternal grandfather, who encouraged them to embrace the outdoors when they spent summers with him in what was then Czechoslovakia. It’s “a life altogether different than the one they lived on Fifth Avenue,” CNN said.

NY Mag also cites the Trumps’ time with their grandparents as vital in their development. “The most important early influence came from Ivana’s Czech parents, Milos and Maria Zelnicek, who lived with the family in Trump Tower for six months out of the year,” a recent NY Mag article reported. “Donny, as he was then called, grew exceptionally close to Milos. As a child, he spent several weeks every summer in a town four hours west of Prague doing father-son things with his grandfather: fishing, boating, hunting. He also learned Czech, which he speaks fluently.”

Don Jr. recently discussed his bow preferences with Deer and Deer Hunting magazine: “Our grandfather started me in archery with my longbow and that evolved into the compound,” he said. “When you’re younger, I guess, you want that edge. As you get older, I think you want something maybe a little difficult again, so I flipped back to traditional. But I shoot both, traditional and compound.”

The Trump sons may have grown up on Fifth Avenue, but they embrace their time in the woods and field. Expect to see more of Don Jr. and the Trump family.