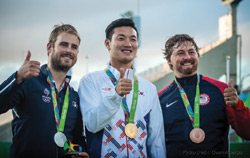 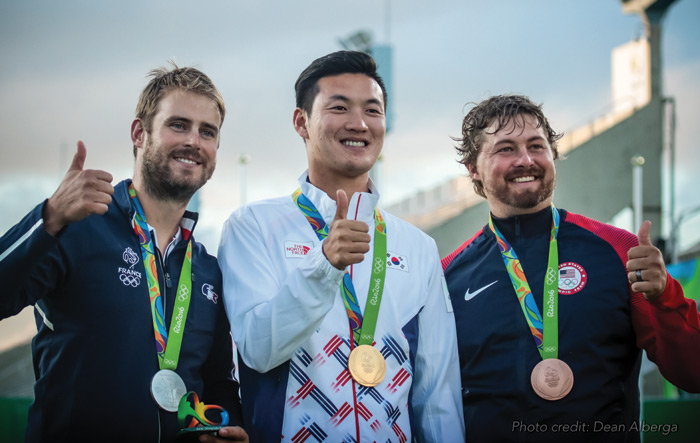 The Rio 2016 games saw another Easton sweep of the podium, with 24 of 24 medals won by archers using the Easton X10 arrow. South Korean archers claimed gold in both the men’s and women’s individual events, as well as the men’s and women’s team events. USA’s Brady Ellison claimed individual bronze, and teamed up with Zachery Garrett and Jake Kaminski to add a second consecutive team silver medal to the USA tally since London 2012.

Since its introduction in Atlanta 1996, the Easton X10 has been the arrow choice of every individual medalist and also used by every team title winner at the Olympic Games. Its aluminum/carbon construction provides the ultimate in spine consistency, straightness and weight tolerance that allow these champions to dominate at the highest level of archery competition. Similar aluminum and carbon compositions are used throughout Easton’s broad arrow lineup including the popular FMJ line of hunting shafts.