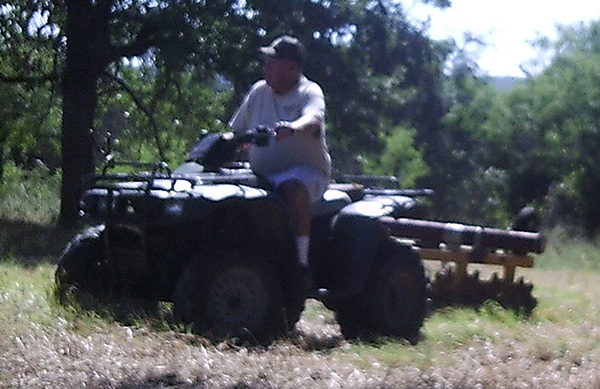 My long time bowhunting buddy Don Beckwith, (aka: The Duck or Donald Duck} came down to start getting organized for the upcoming 2016 whitetail deer bow season.One of our projects is plowing and planting a Food Plot on my property.

We loaded the junker plaw that was left here and took it into town to get welding repairs and straighten the plow’s tongue and repair the part that locks the plow to the trailer ball. While it was being repaired we went to get seed to plant. The feed store was sold recently and I asked the new owner what he recommended I plant. He explained all the things, like oats and milo,  that wouldn’t grow this time of year and said I could plant them in October. But I wanted to get a crop in the ground right away and I prefered a leafy plant.

He said he had just the thing for the job and told me about a high heat tolerance pea seed that he had in stock. High heat tolerance sounded good, so did a leafy vine. I figured it was worth a try and put my money down.

Back at home the Duck hooked up the plow to his ATV and I showed him where to plow and how big a plot to make. He went after it. 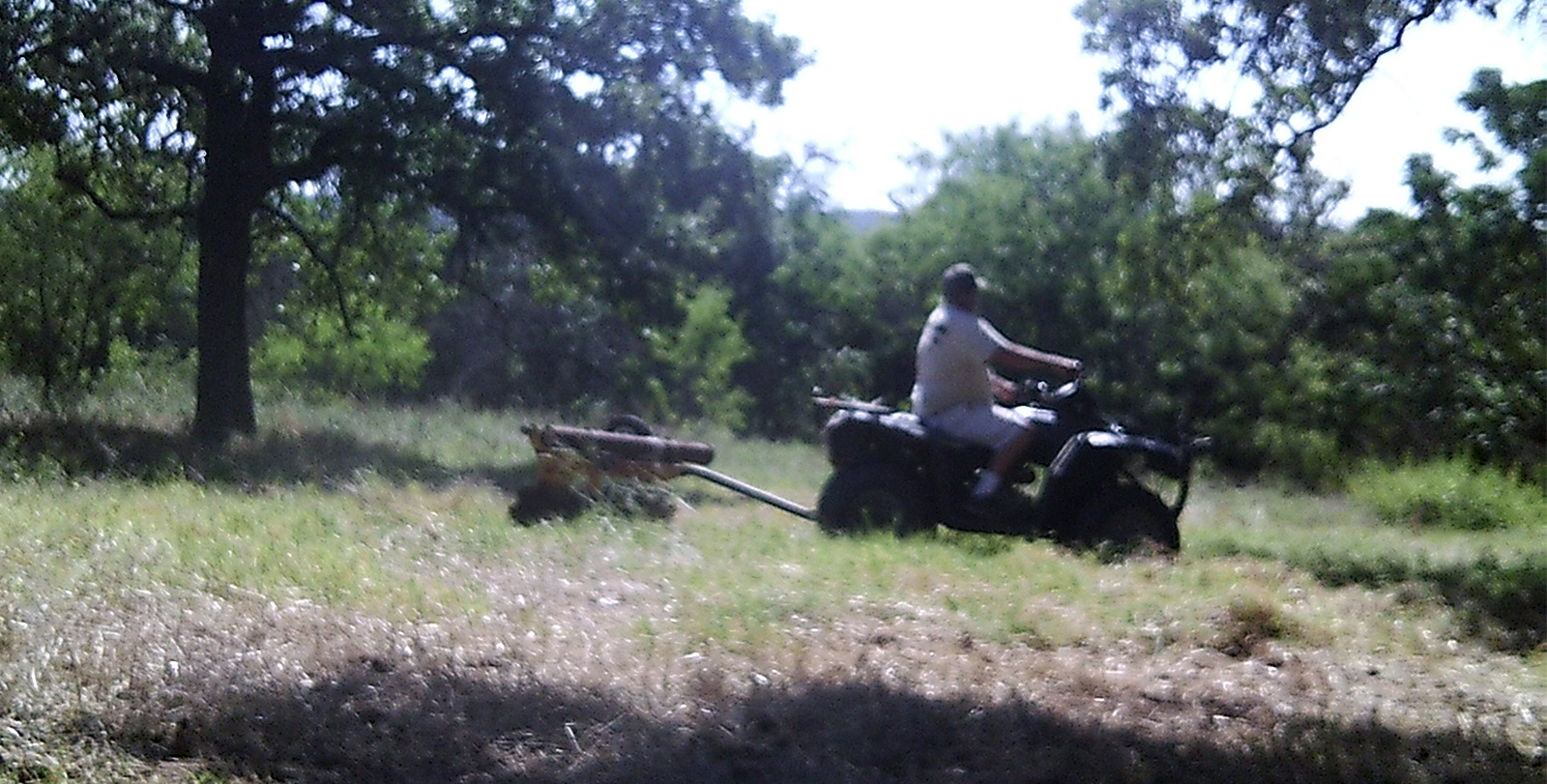 Duck drove back and forth in the area.

As an aside comment, I have a long history of planting food plots in July, which is supposed to be the worst month to plant. Several year’s ago I planted a seed I found online, named Deer Weed. It made hand sized leaves and grew well in spite of the 90 degree, plus, temperatures in July and August. But they went out of business and since then I’ve bought several mixes and bags of seed that salesman tell me are great … but pretty much sucked. 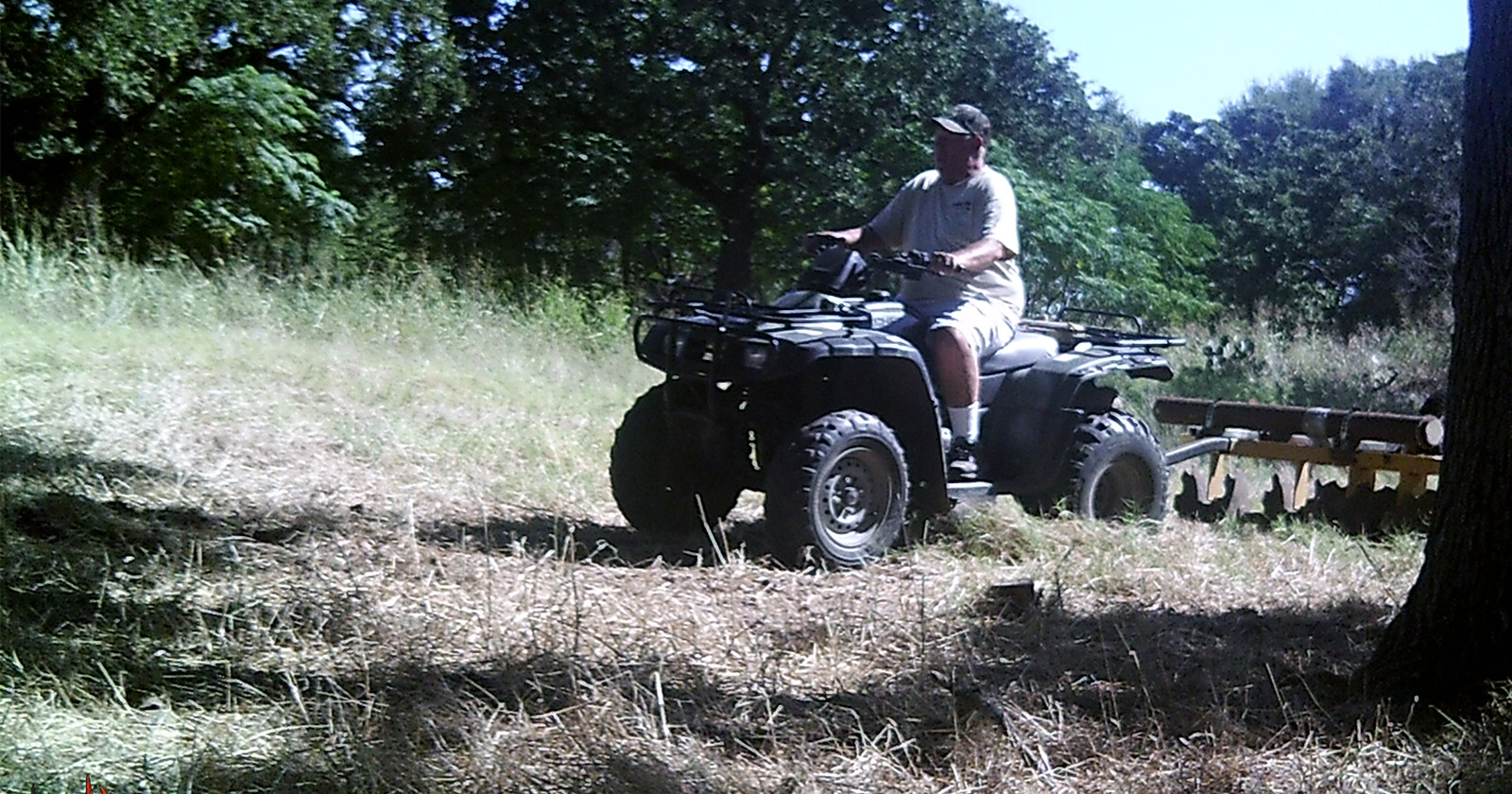 Before long he  had finished plowing. We used a seed slinger to spread the seed throughout the plowed area. Then he drug our home made seed drag over the area to get fresh dirt on top the the seed.

Then I set up a game camera where it could view anything that happened deer wise. The next morning I checked the game camera. 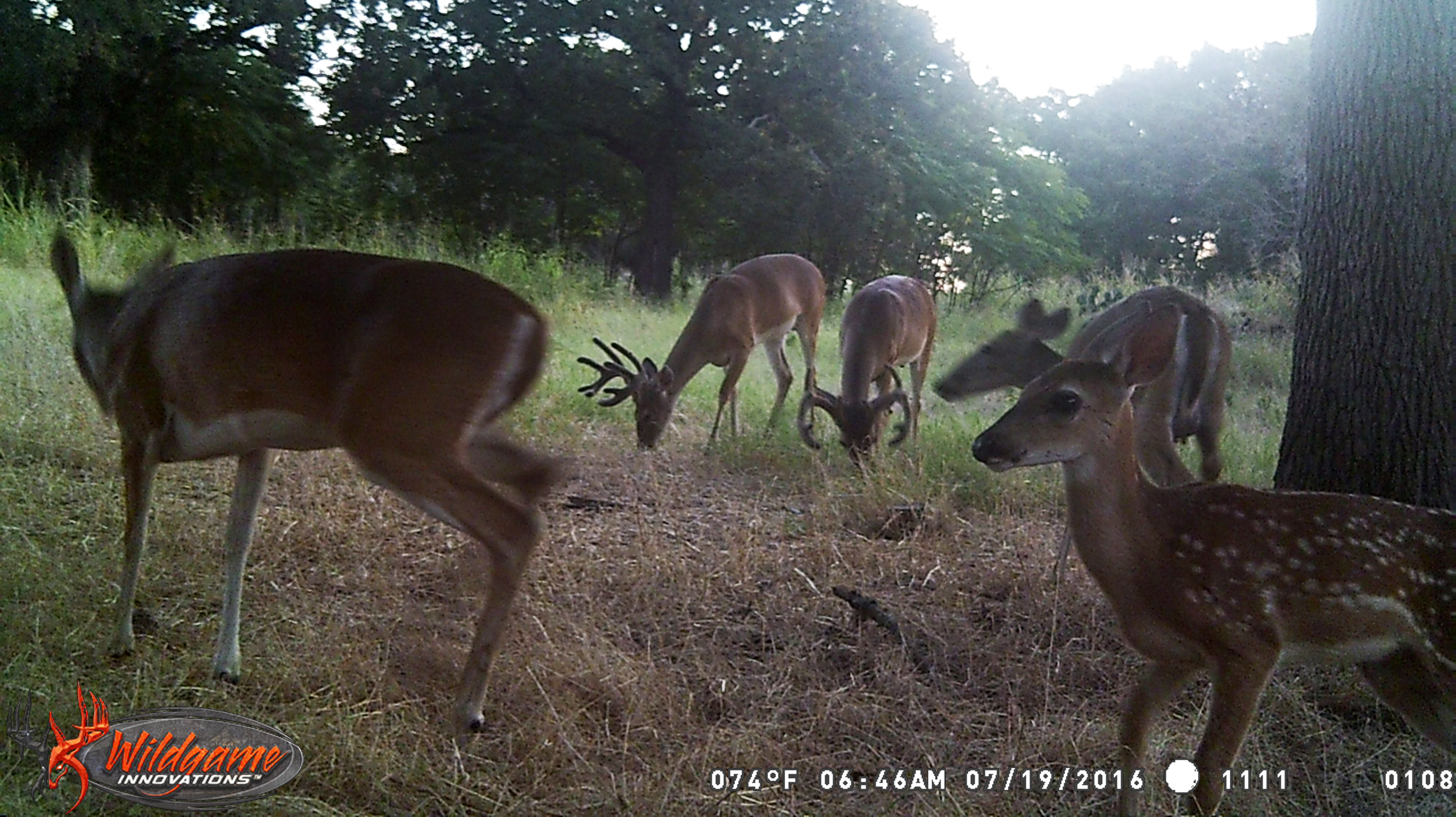 I my experience, deer show up at a freshly plowed area immediately. I guess they are wawing up some of the planted seeds as well as other goodies that were plowed up. This was on July 19 and a lot has happened since then.