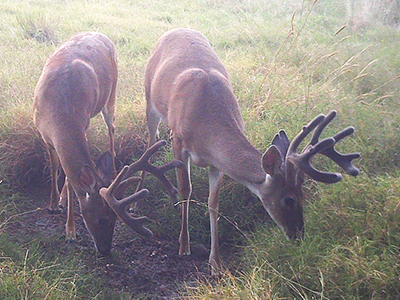 Getting back with it for the Game Cameras 2016 Power Up: I noticed an SD card laying on the floor underneath my desk. I didn’t know for sure if I had looked at it previously of not so I slipped it in the SD slot on my PC. Well, I had not seen these particular pictures. They were from my game camera at the H2O area, taken back on July 14 and 15. And two of the pictures had something powerful to tell me, deer scouting wise.

One of my cornerstones, in terms of bowhunting mature bucks, came from my discovery several years ago about why it’s less common to see bucks that are older than 3 1/2 ages old.

A gun hunter once explained that to me by saying that “those older bucks with bigger racks and bodies were what everyone was looking for and when they saw one they took it out.” Well, it is true that some of them get “taken out.” But I promise you that most of the 4 1/2 and up crowd don’t show up in anybody’s gun or bow sights.

Sounds crazy, right! But in my experience, it is true. And there is a good reason too.

What do you think about this? Let me know, email me Here.

Back to the H2O pictures. The 2 pictures that were important to me were taken on July 14 and 15., so they are over a month old. But like I said, they tell me something important. (And that something relates to my above statement.) One of these two bucks has turned out to be a star in my deer picture efforts for 2016. He’s in a lot of pictures I’ve taken myself with my real camera in my new food plot area.

But the pictures below are not from the food plot place. They were taken by a game camera I have at the H2O area where there is a water seap. 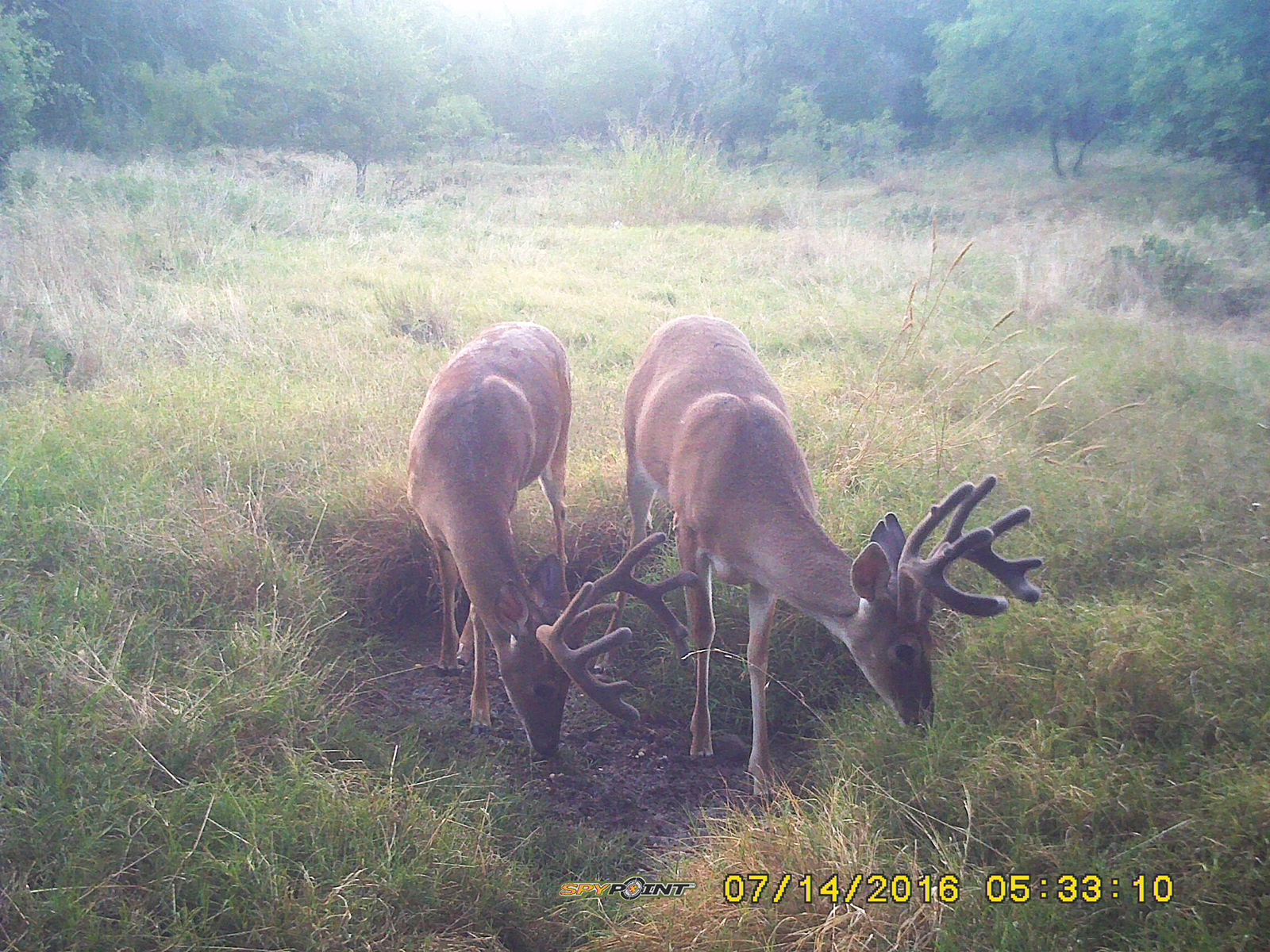 The next day my H2O game camera took this picture at 5:21 in the morning. Wanting to know, I checked the pictures I took that morning at my food plot … and I took pictures of this buck shortly after 6:30 that morning. So now I have a possibility for a place to look for these two bucks later on.

An Aside: Even though this buck has several Kickers he also has an cut on his left ear, so I’ve already called some bucks “Kicker” names I’m referring to this buck as the “Cut Ear” buck. 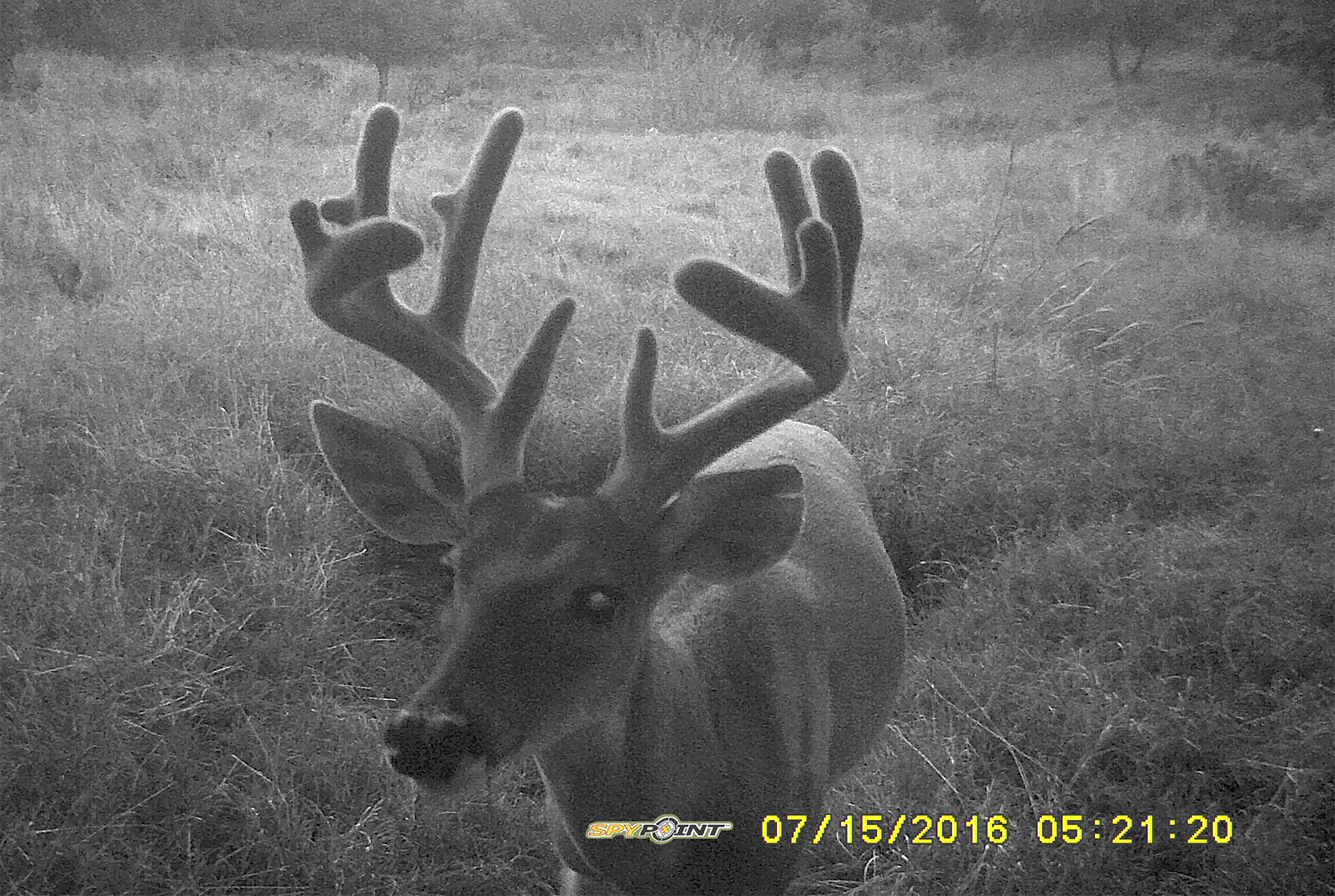 What’s significant to me about these game camera pictures is that I’ve turned up a known Second Place that the above 10-pointer and the buck with the kickers go to. To me, that is a big deal, and a great starting point for discovering where these two bucks go in my deer hunting area.

So You Want a Dog: Getting Pups to ‘Come’.

Social Media Is Not A Hunters Friend