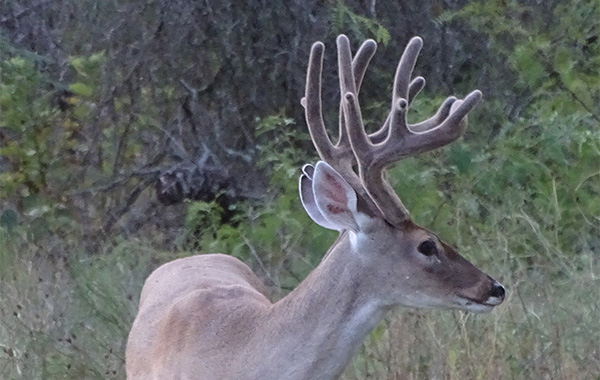 A few years ago I checked back through my deer sightings notes and discovered something important. Year to year, some of the events in the deer world are repetitive, date wise. For instance, I knew that some time in July was  when I first saw the bigger bucks show up in my area. It turned out that, for several years running, the actual date, had been the same day each year, July 17. So on July 17th this year I watched daylight ease across the clear, starry sky. A few deer walked through the area.

Soon a nice set of velvet covered antlers caught my attention and the buck under them walked out of woods on the edge of the nearby gully. Looking at him through my camera’s viewfinder the image was pixelated due to the low light. But you got what you got, and I wanted a picture of this buck, so I took its pic anyway. Then I viewed it in the camera’s playback screen and the buck’s picture was a little dark but still ok. He was a handsome 8-pointer. When I adjusted the brightness of the picture in photoshop I got a cleared look at him. 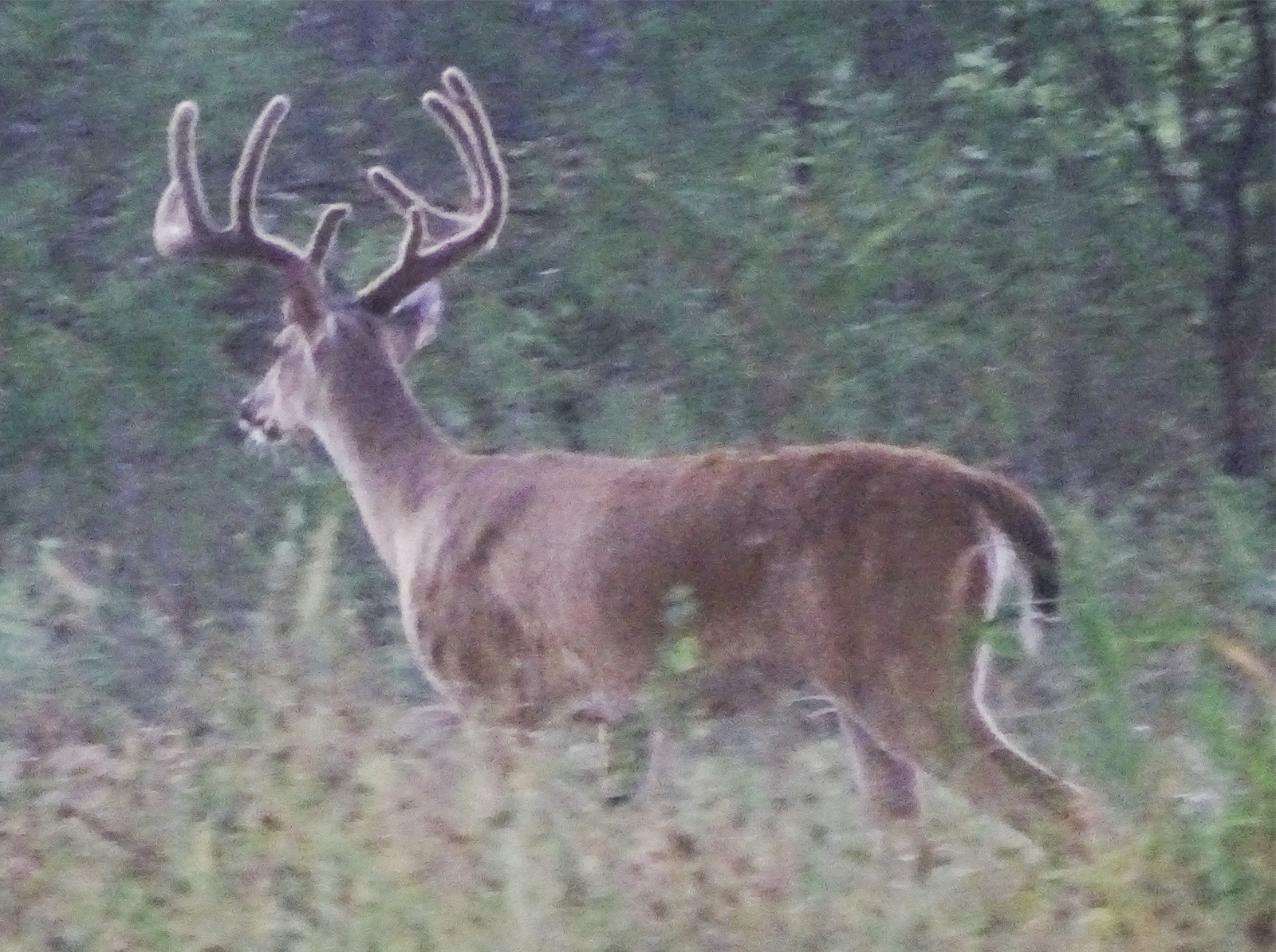 Five minutes later a buck walked out of the tall grass to my left. He stopped and looked around and I took his picture. He is a 10-point. 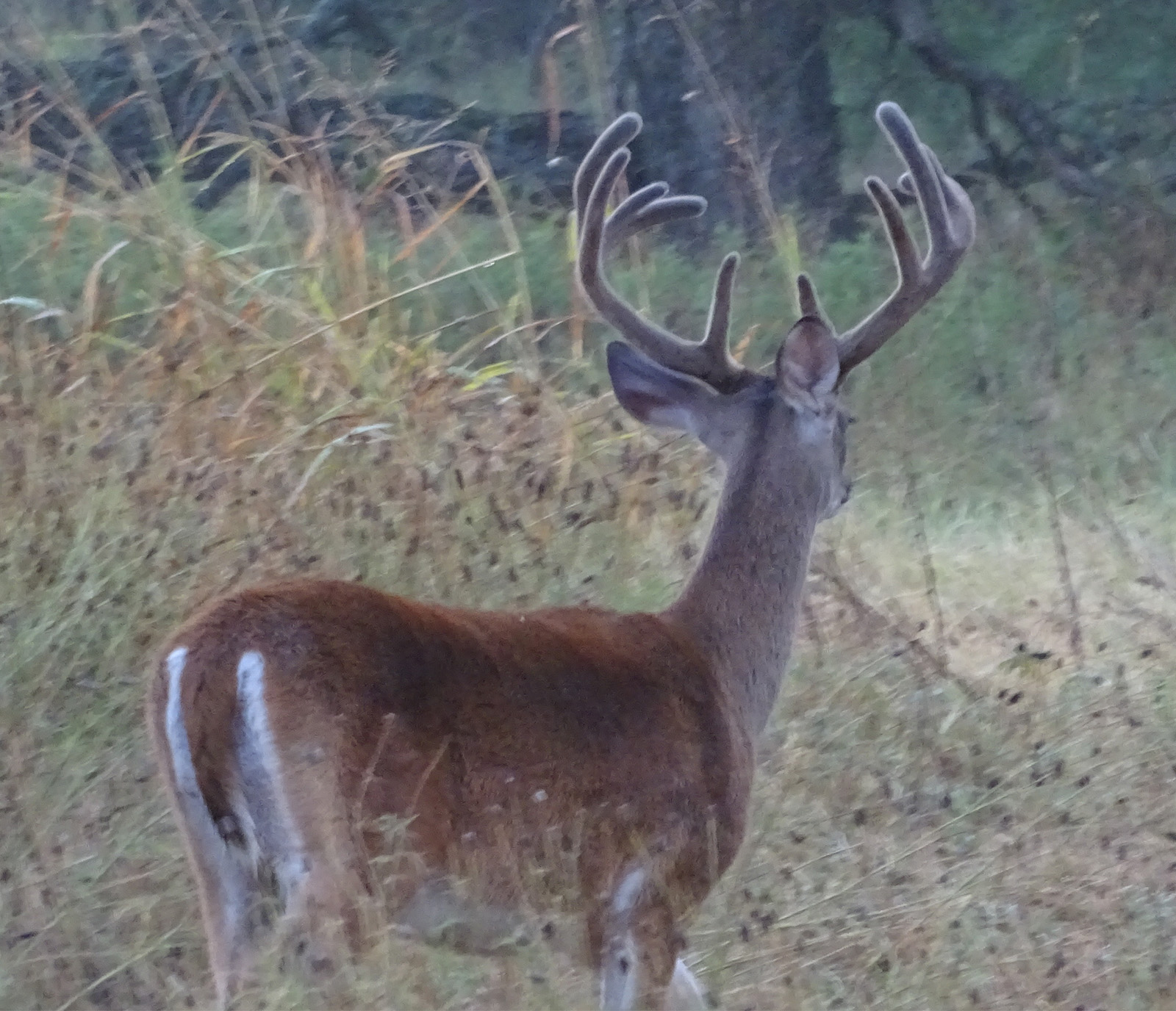 My food plot was greening up already and a doe and young buck started browsing i n it. Then a larger buck joined them. The new growth was definitely to his liking, he’s just short of eyes deep in the new greenery. 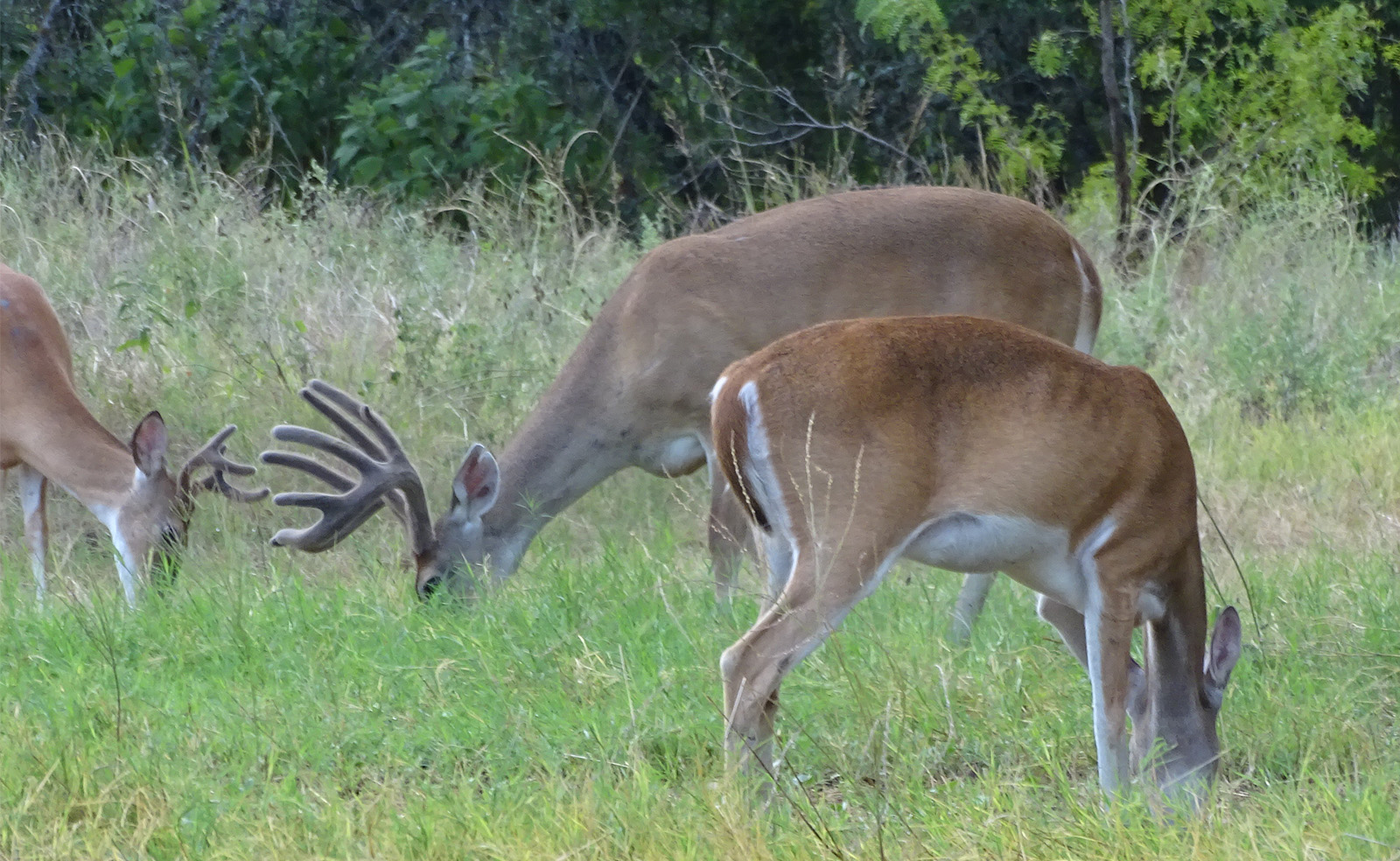 He walked around a bit and came overy near my blind. I recognized him as the buck from a few days ago with the kickers. His tines are growing fast. 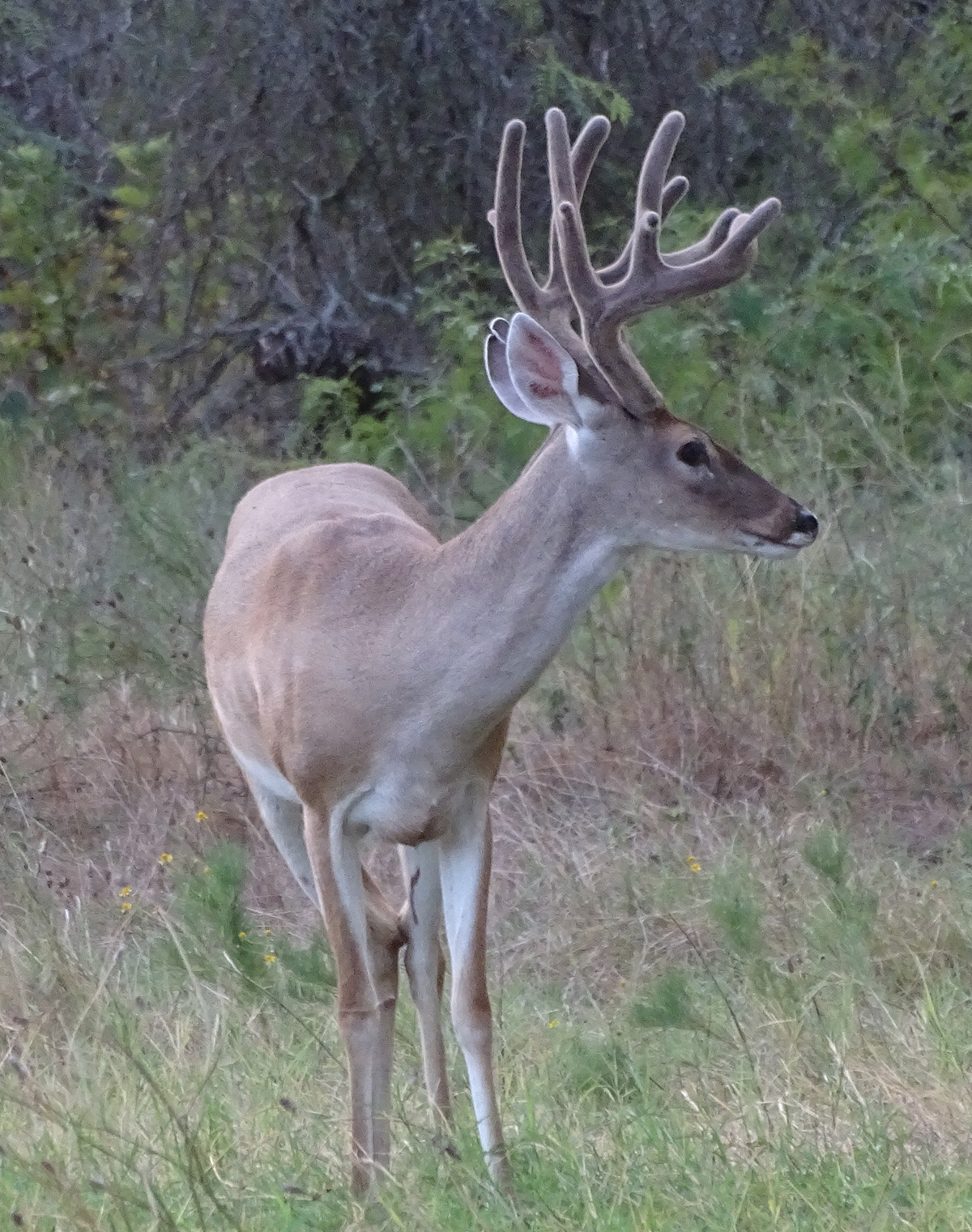 I took another picture of the other 10-point while he was in the food plot. 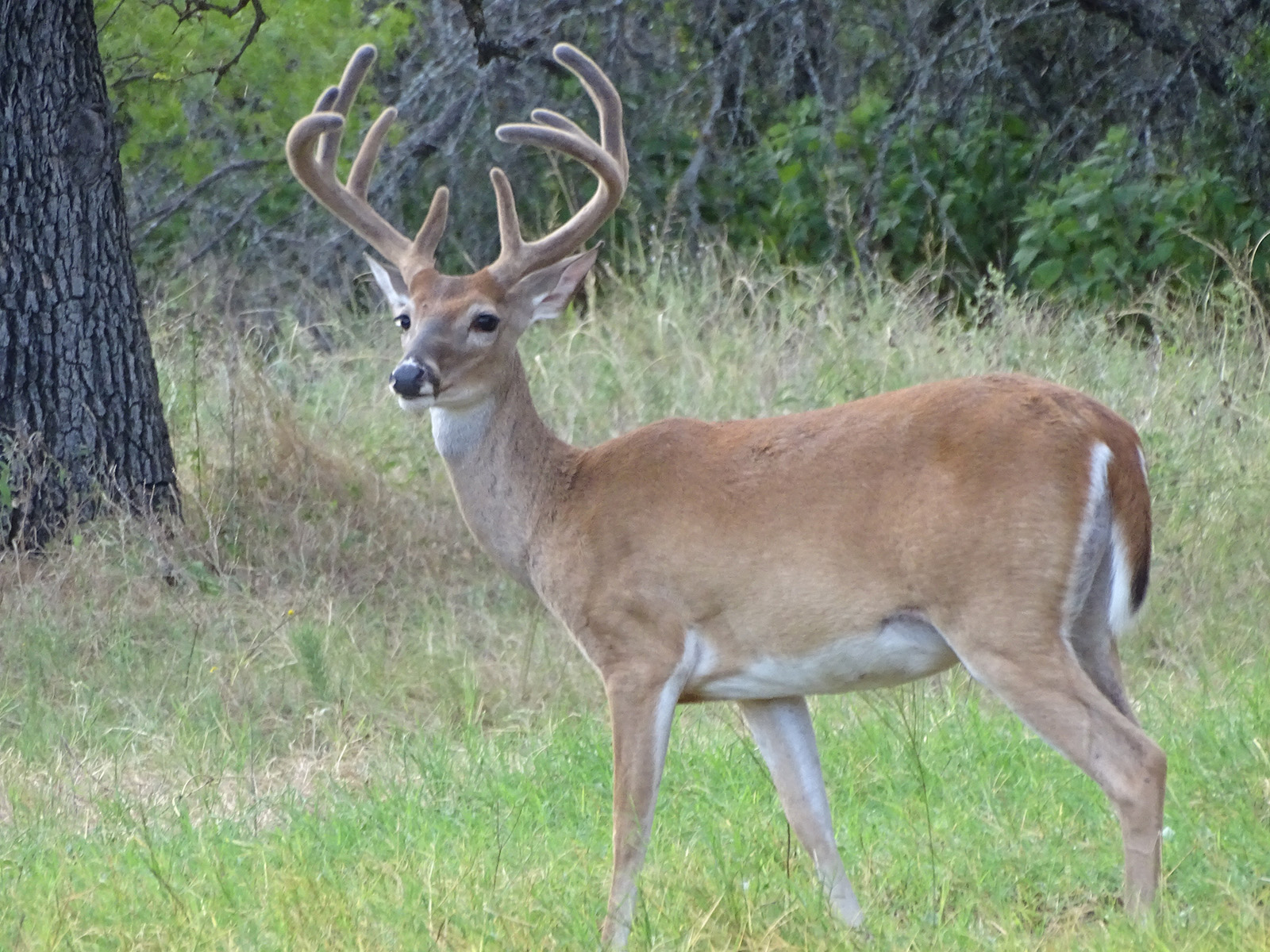 And this is another buck. He is choking of something. 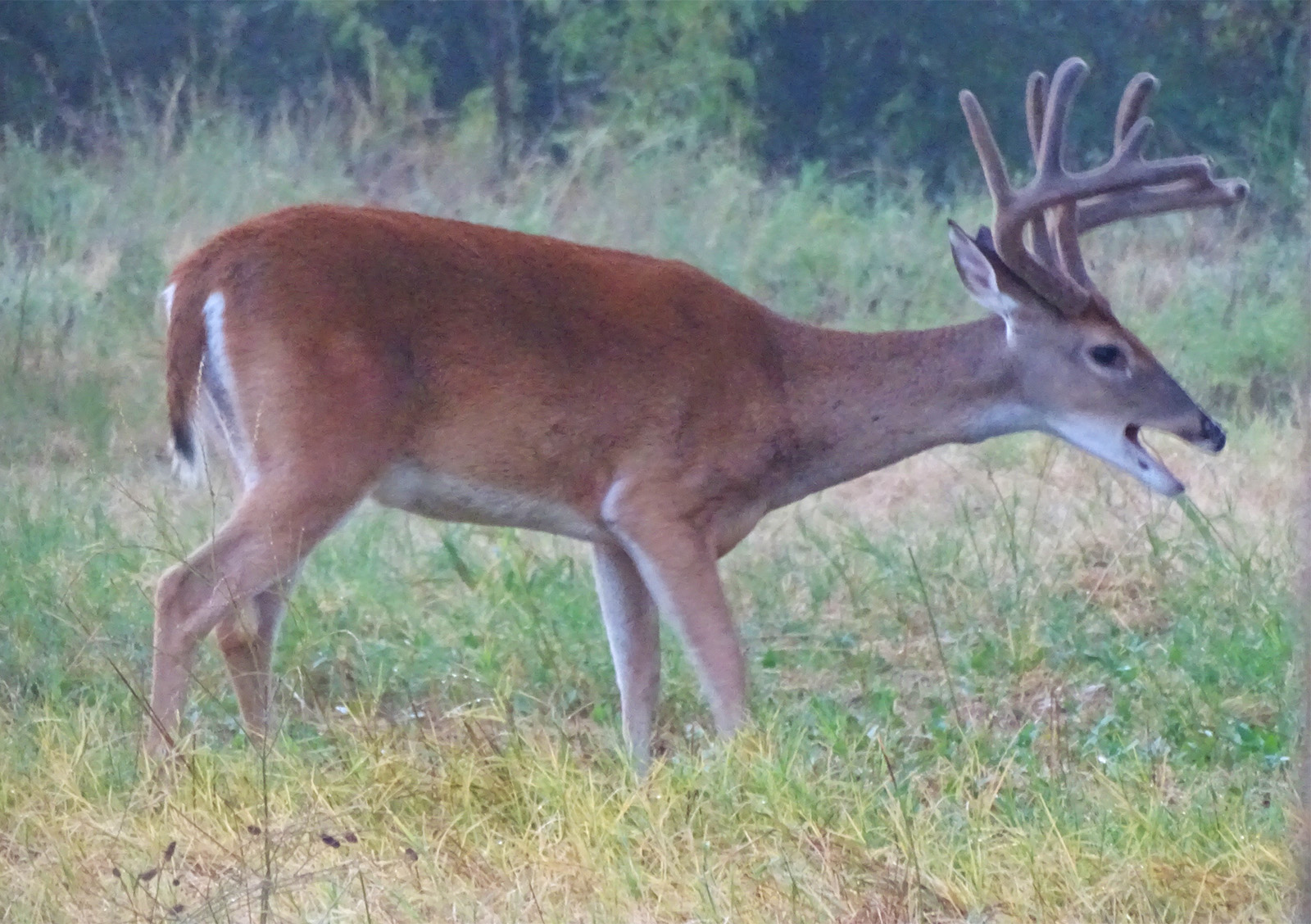 The buck with the kickers has a cut on his left ear. In a few short weeks he will have a real antler show on his head. 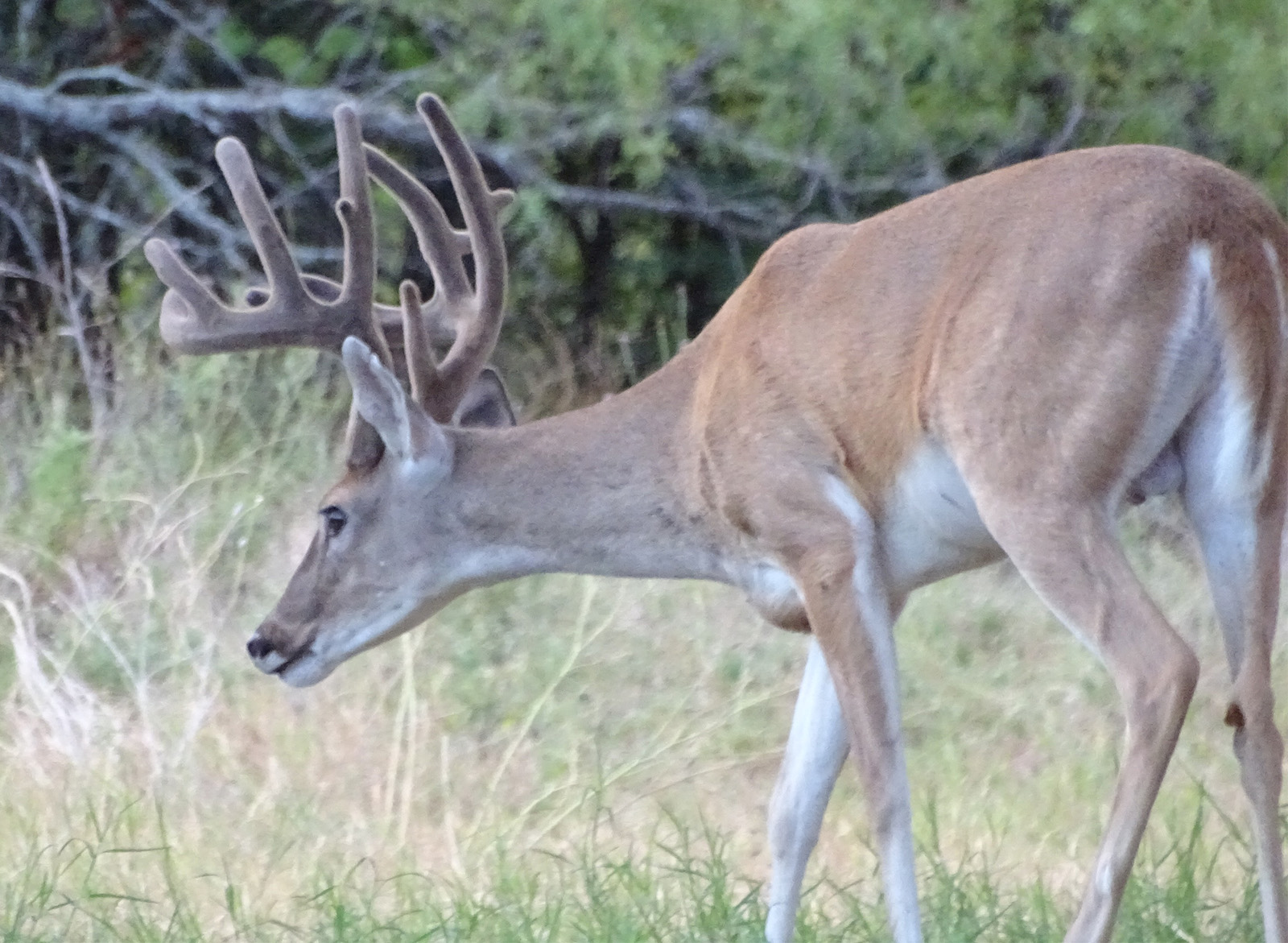