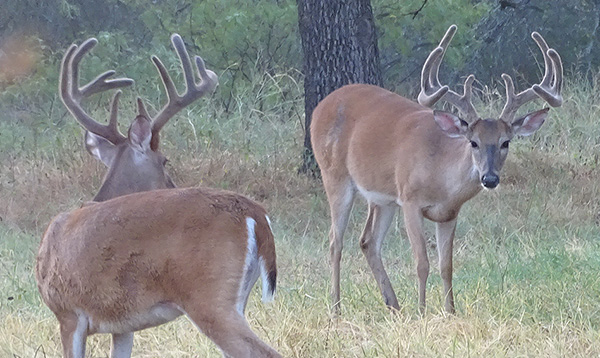 Claw Head is a good example of what maturity and age can do for the racks of whitetail bucks. In 2013 he was recognizable by the unique shape of his times and brow tines. I figure he was 3 1/2 that year. Each of the next two year his main beams were wider and and the antlers were fatter in girth. His tine length was a little longer but not much. He was an 8-point when I first saw him and, at least so far, he is an 8-pointer in 2016. But his year the size of his rack has taken off, up and up and away.

It’s been a hot summer, with many days in the high nineties and hundreds and that always thins the deer’s body weight and size  down. But all the bucks will begin putting weight on in a few weeks. And their necks will get thicker.

The first deer I saw were a buck and doe walking along in the tall weeds to my right.

A few clicks of the clock later and two bucks walked out of the trees along the gulch.. 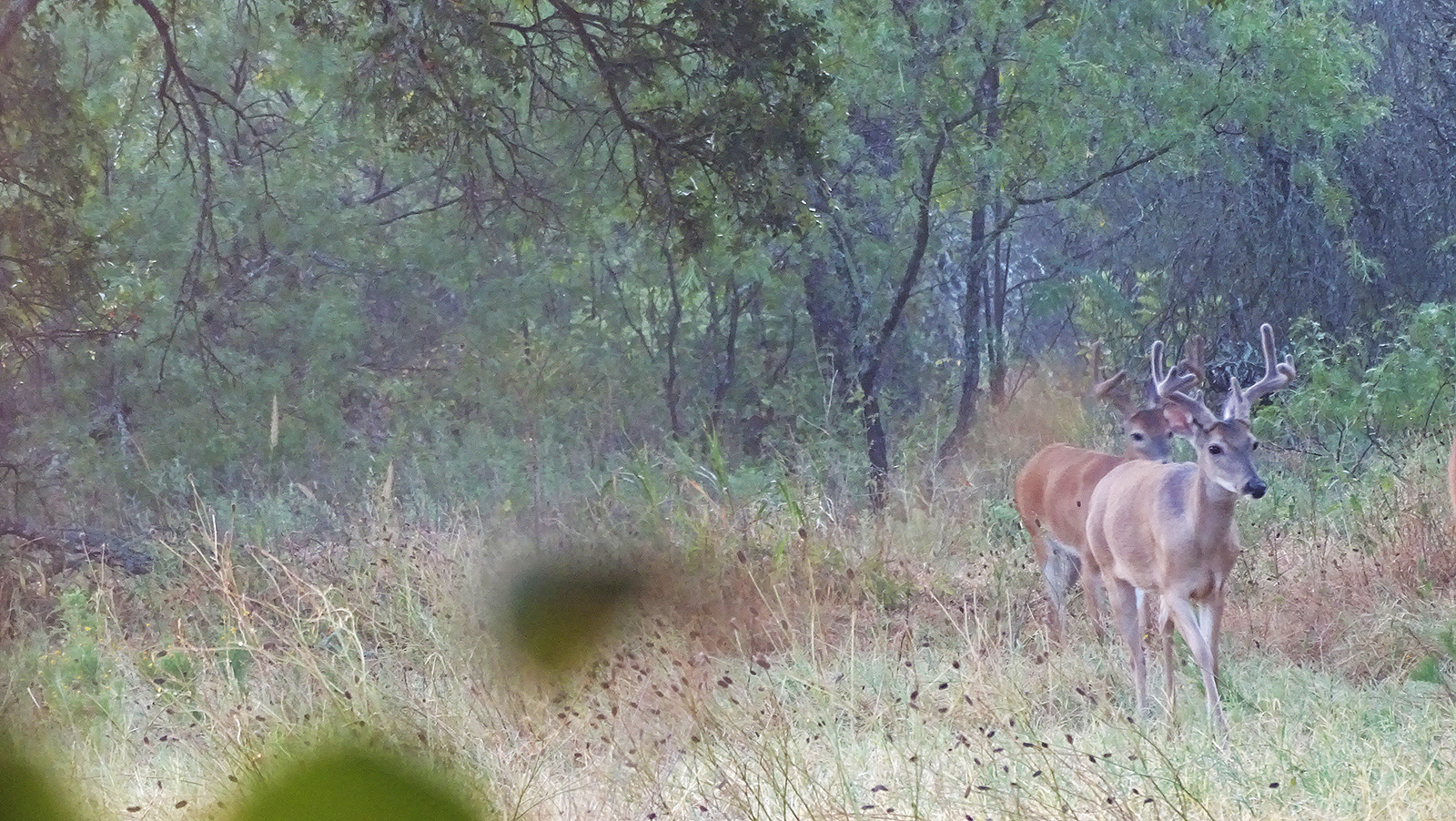 The white racked buck walked out into the new growth in the food plot and I took his picture. 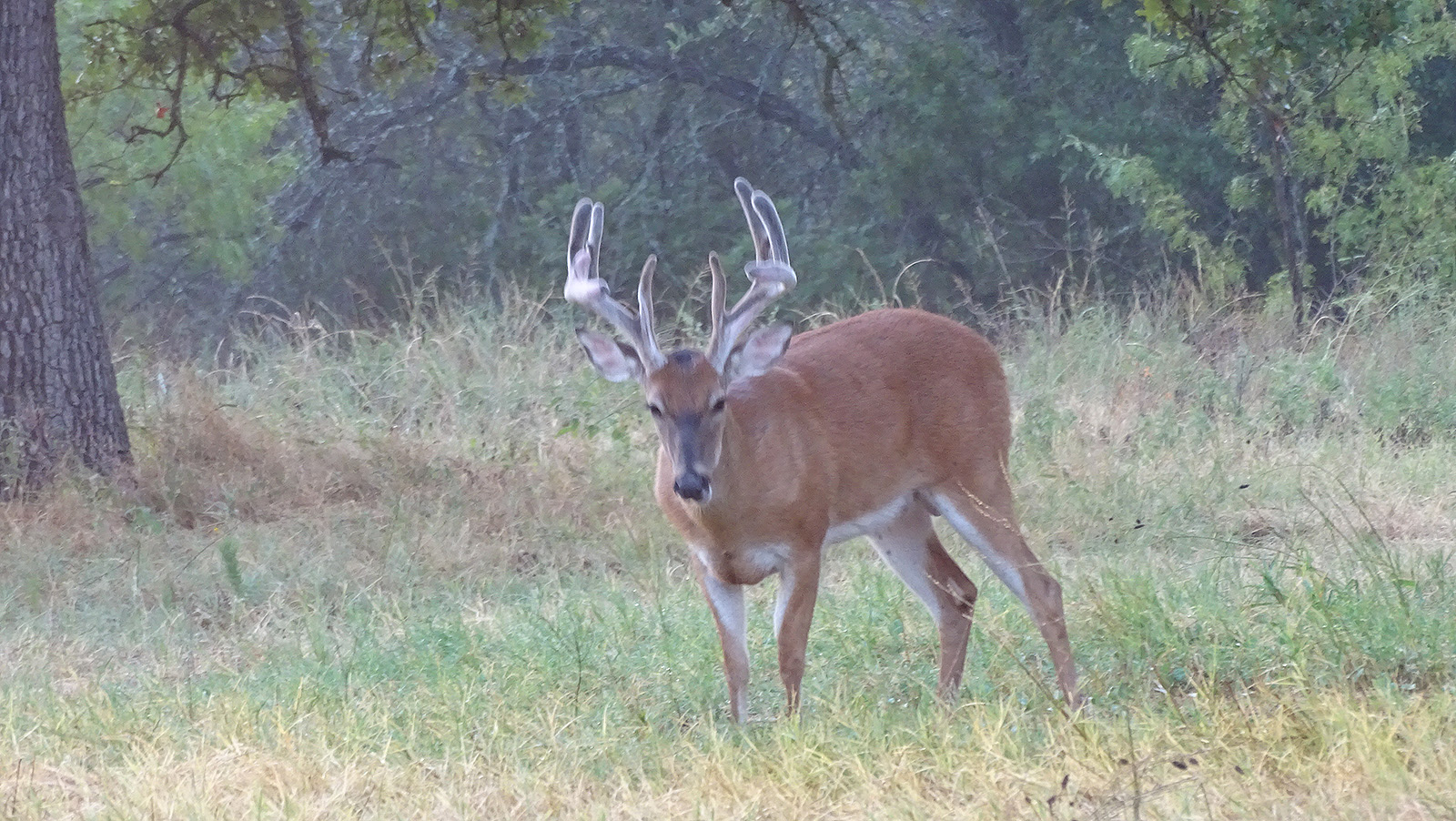 He browsed around and I zoomed in on him a little closer. 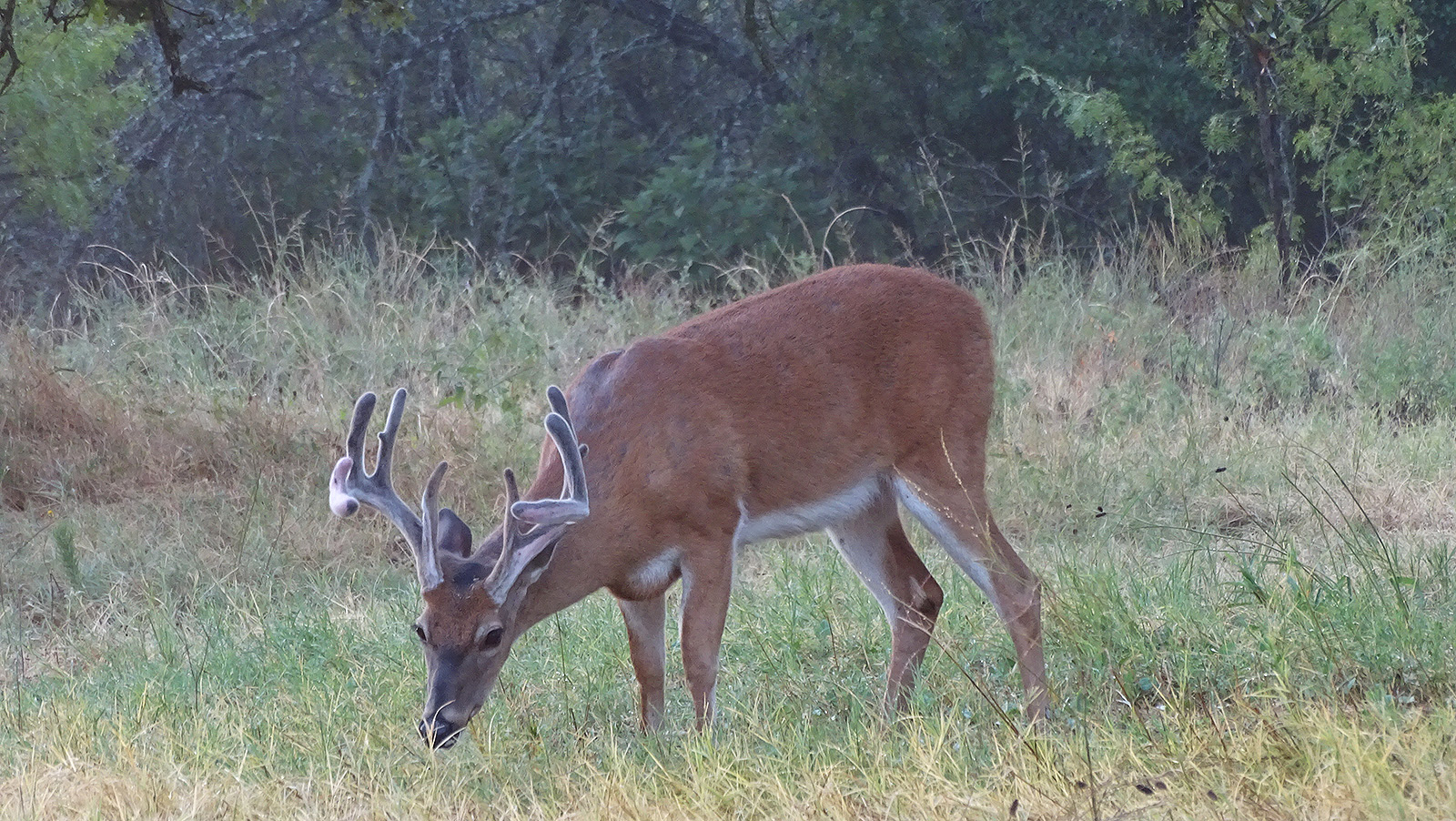 Soon he was over near the the Duck’s protein pellet dispenser. 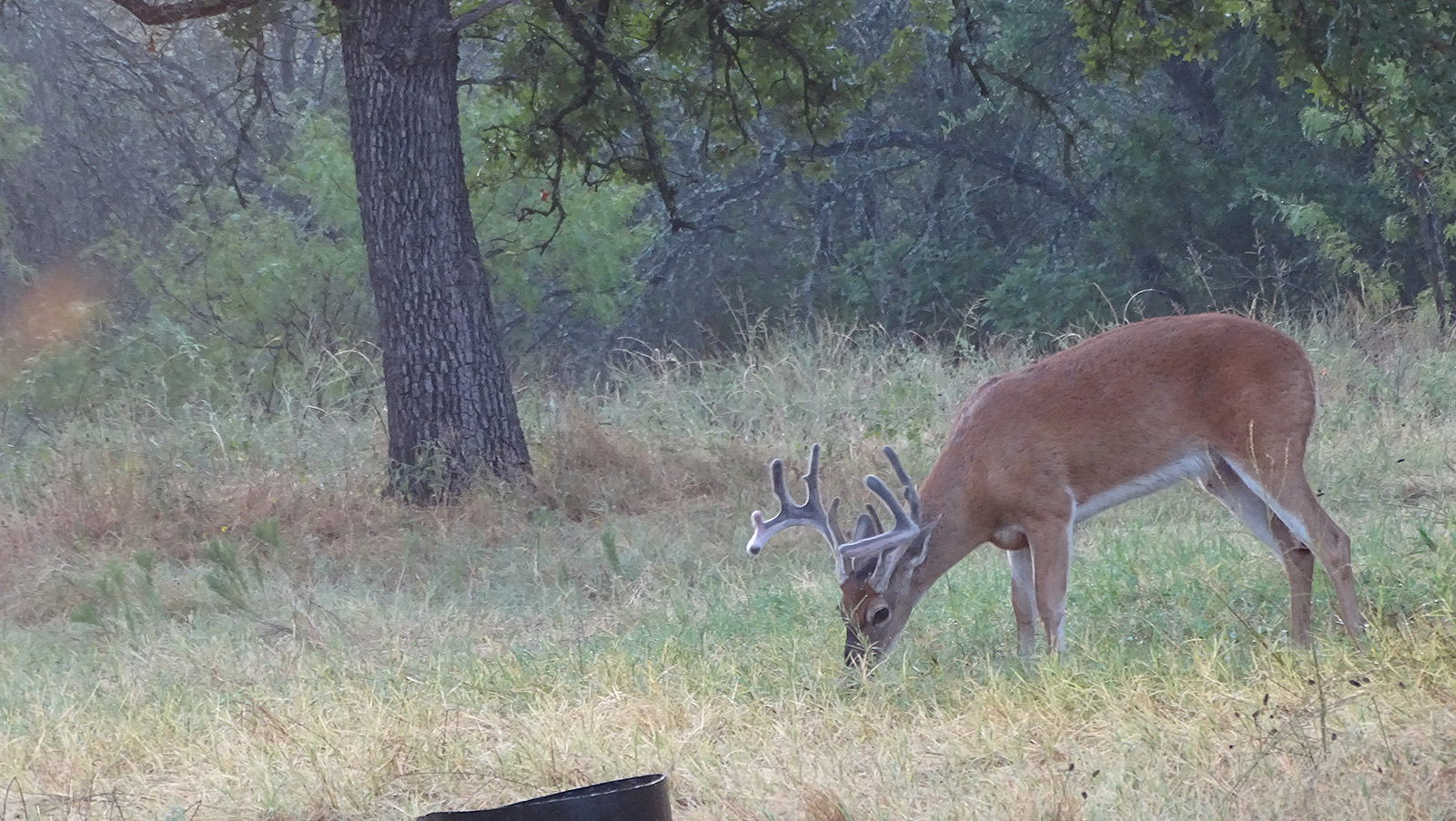 I noticed a large Gray Fox coming into through the area. He was carrying something in his mouth and I swung the camera over to him and made a failed attempt to get his picture.  But I still could see him moving along in the brush and did my best to get a picture that showed him and his passenger, but no such luck. Woops, when I looked back to see what the white racked buck was doing now, I saw that three other bucks had joined him in the food plot by the protein pellet thing. One was Claw Head. 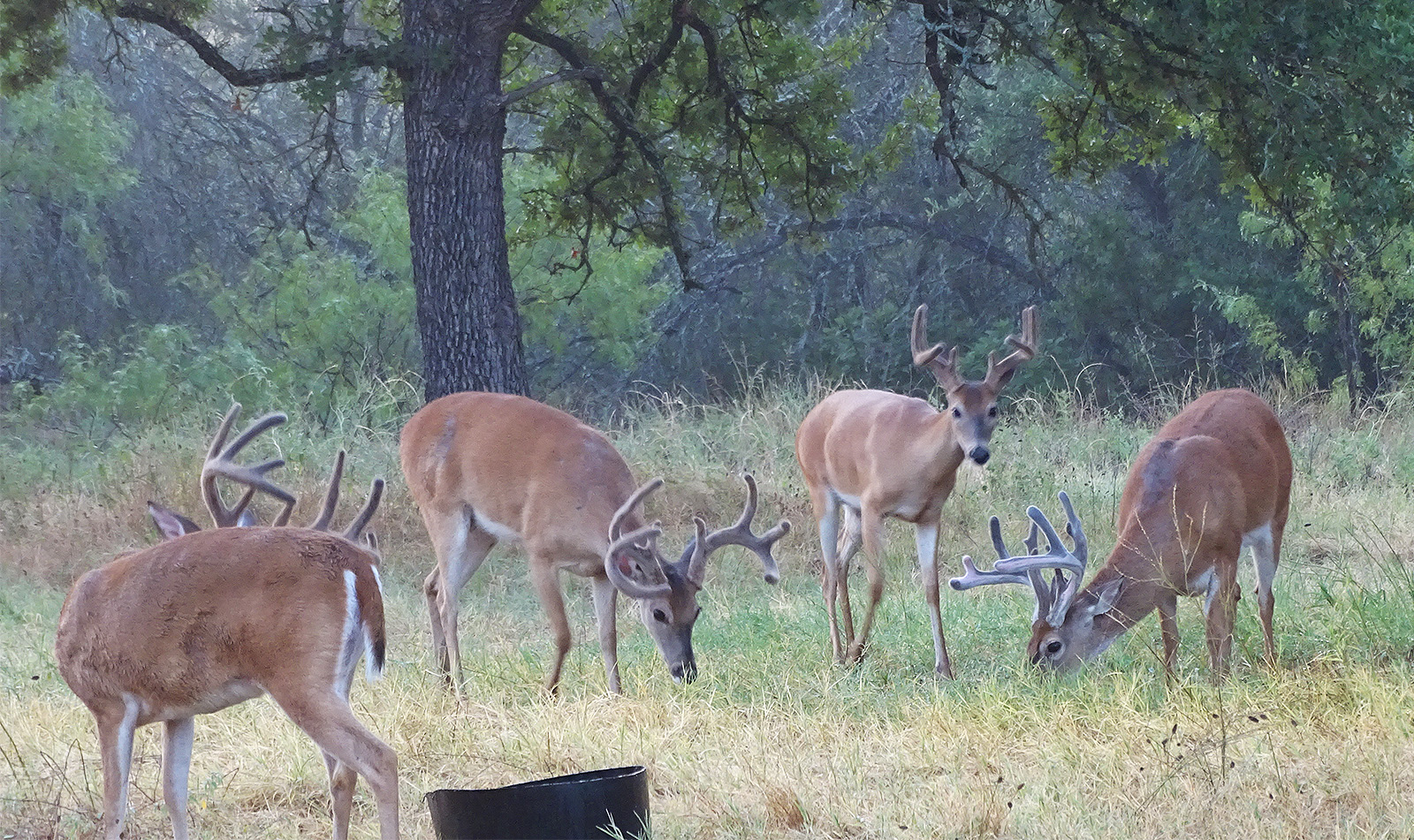 Claw Head raised his head and I took his picture standing in the middle of the other bucks. This buck meeting was short and the bucks left me sitting in my blind alone, but happy. 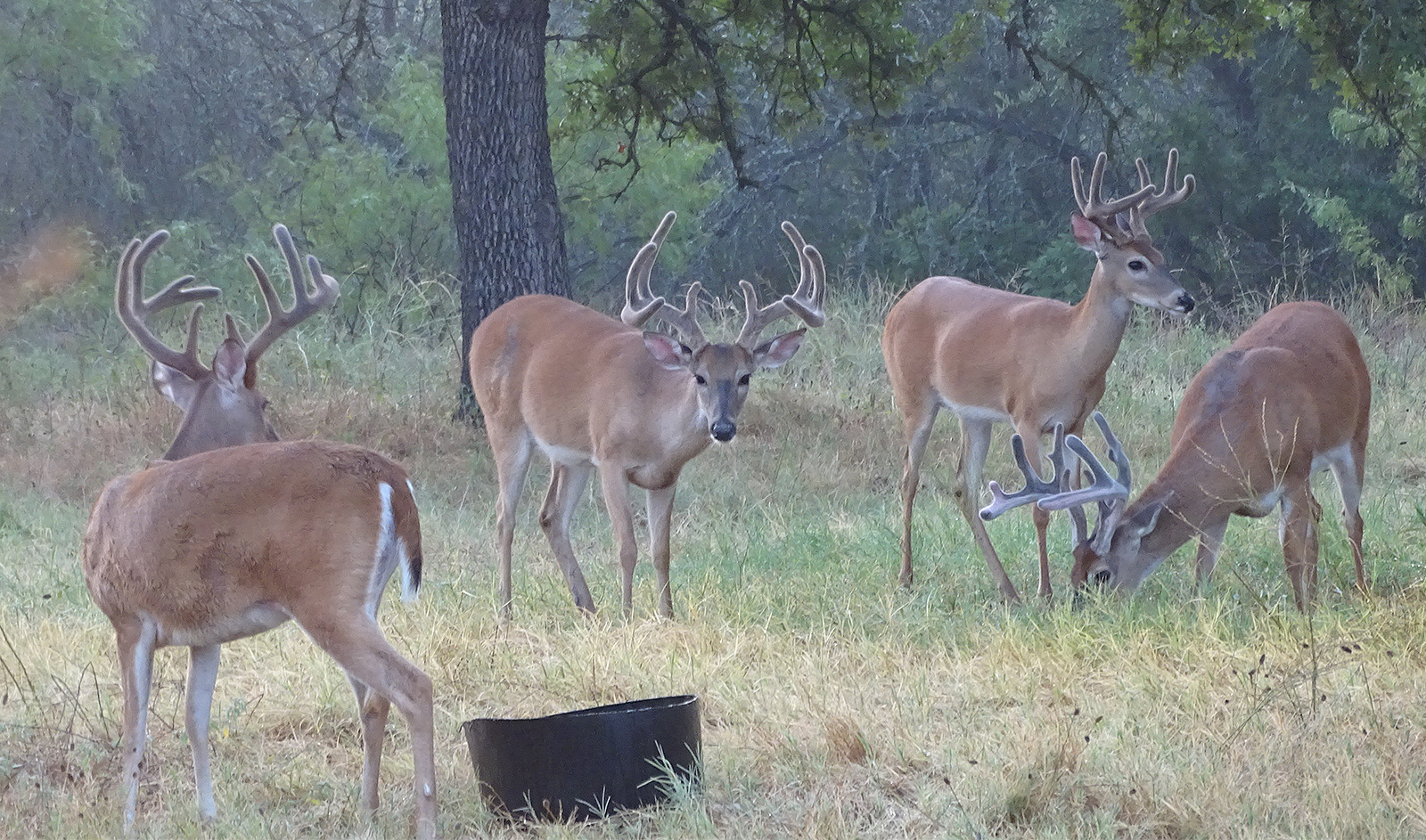 Be Sure To See The List Of All The 2016 Deer Scouting Posts.