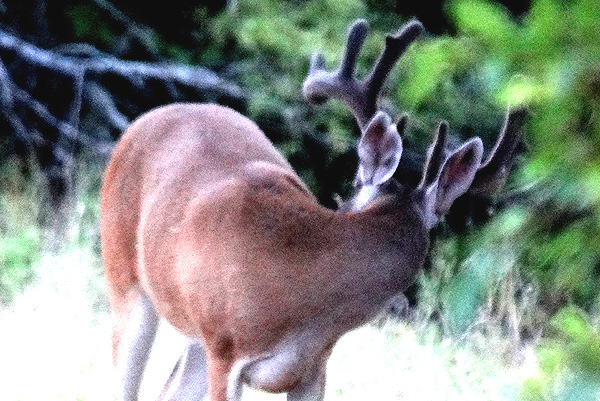 July, it’s when the big boys show up. Most of the bucks’ antlers are as wide as they’re going to get; but their main beams will get longer, some bucks will pop additional points on the main beams new growth areas, and their tines will get longer too, the tine lengths of many bucks will double in length. It is definitely an exciting time to watch deer and take their pictures. You can also learn a lot about the deer movement.

I switched to another blind so I could see the woods edge better and in doing that I couldn’t see my starter food plot. I couldn’t know it when I settled in and waited for daylight to arrive but a heck of a buck in velvet was gonna show up.

Once the sunlight was on the ground in places I saw a doe walking and browsing along. A first year buck followed behind her. 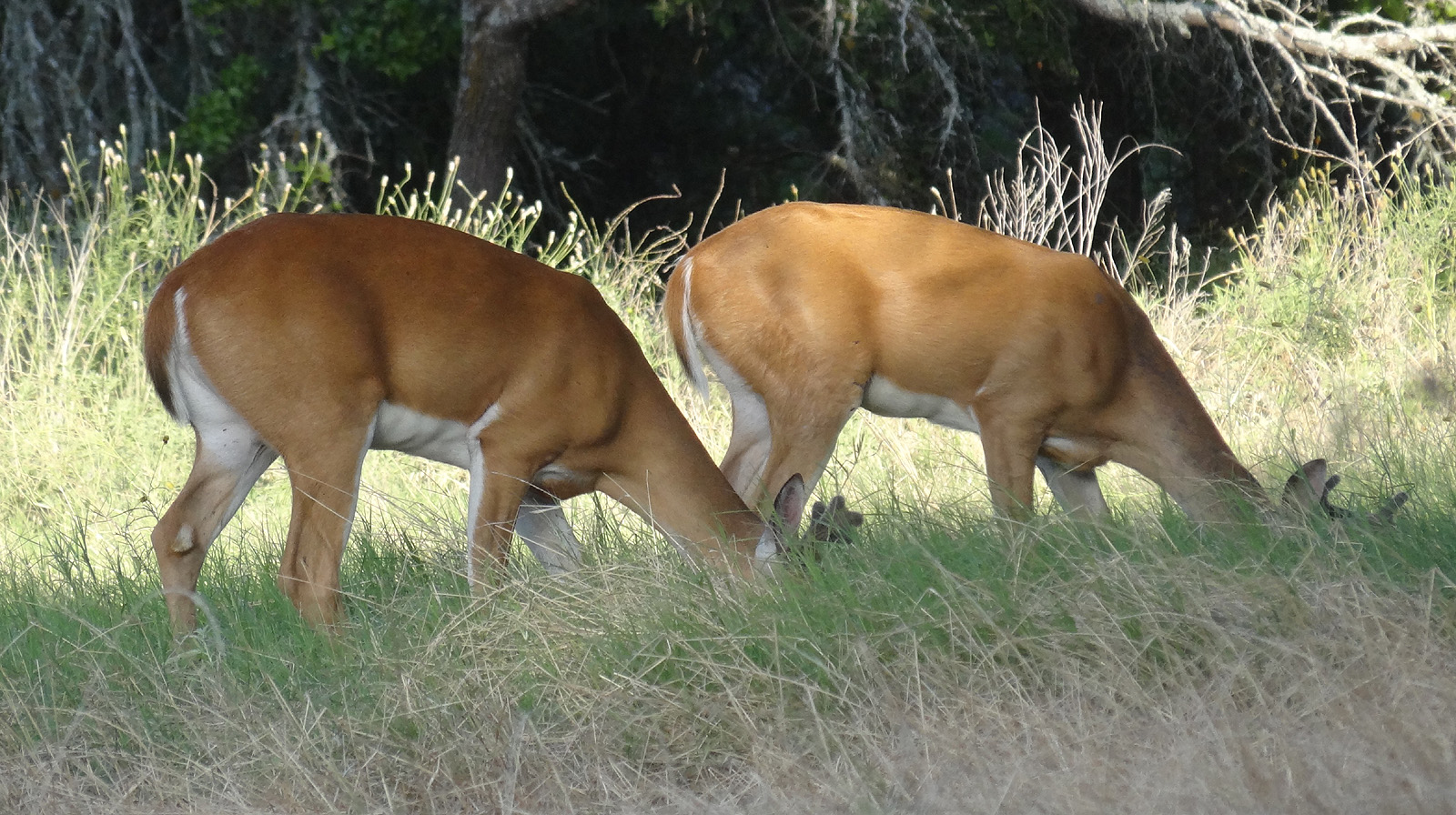 Below, she appears to be headed towards the woods and he is following her.  I’ve noticed them before. Fot the most part the does have ran off their buck fawns by now but it doesn’t always happen. In some cases, like this one, the doe lets the buck hang with her this late. But don’t think she is going to let him stay with her into the fall. It won’t happen. 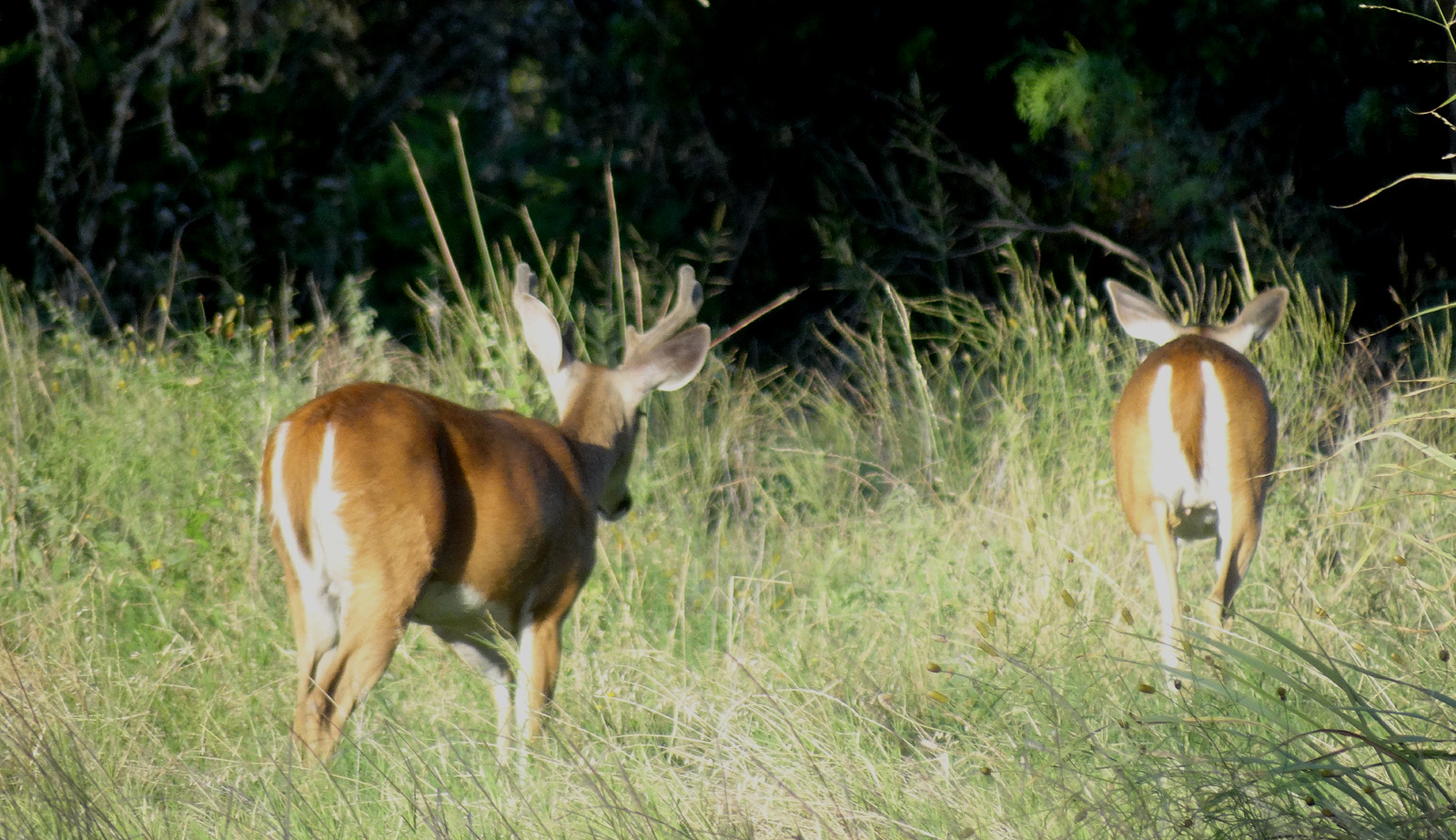 Yep, she is entering the shadows of the woods. The buck follows along, stopping and starting as he goes along. 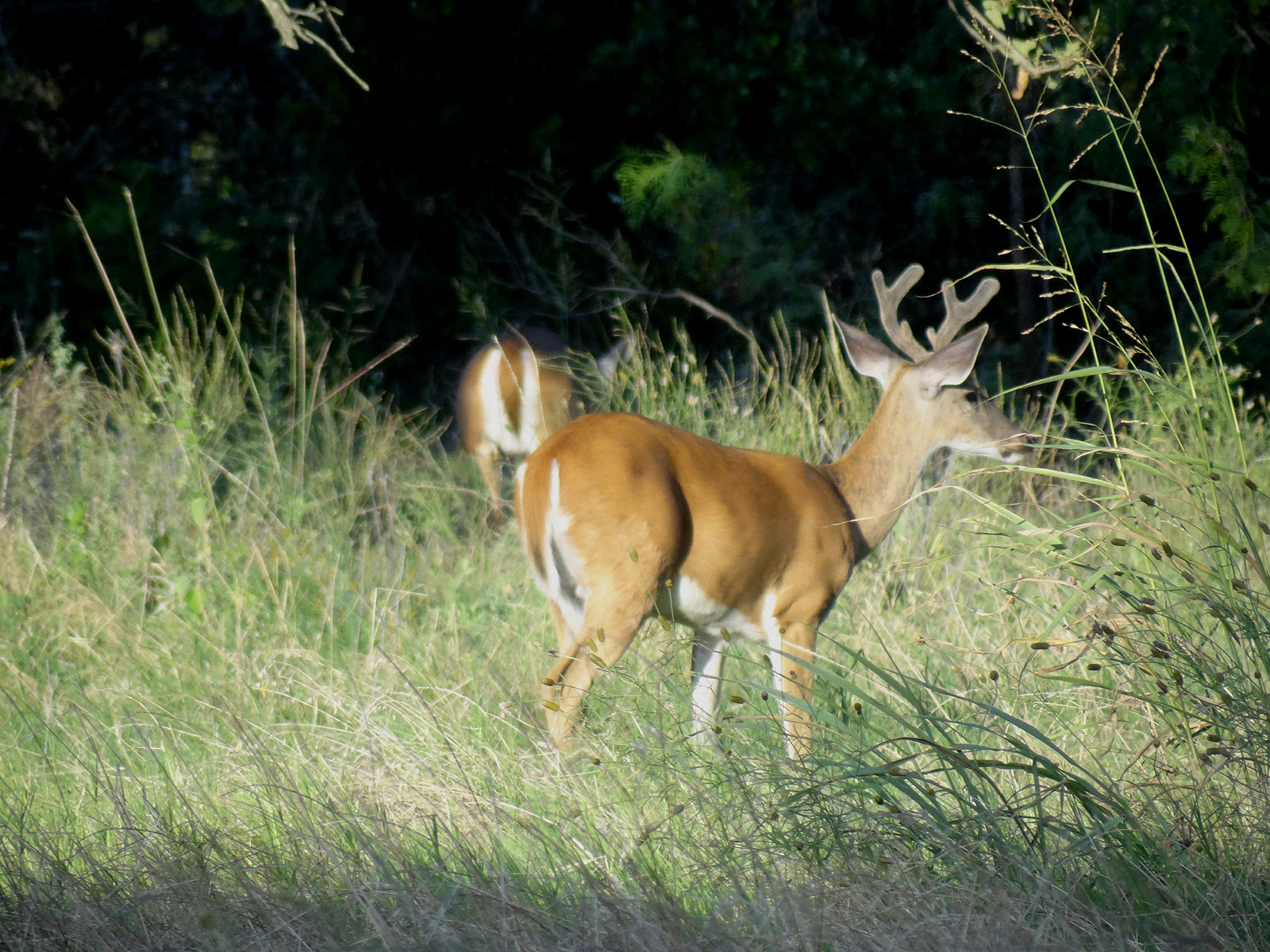 To my right I see another young buck. This one is by himself, a victim of what whitetail biologists call redistribution. 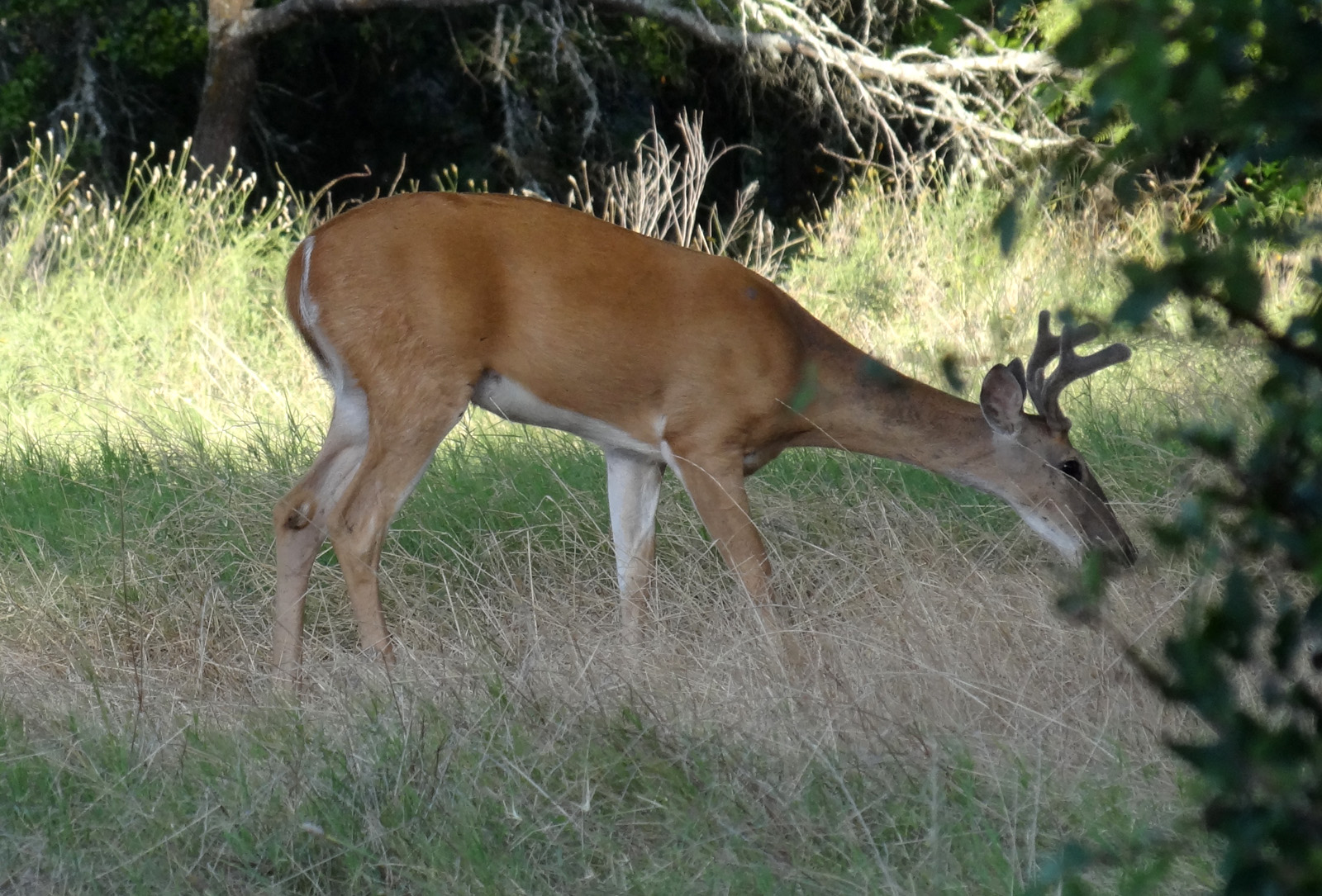 As the sun got a little higher in the sky the daylight smoothed out. A third young buck stopped and stared at my blind for a while and then went on. 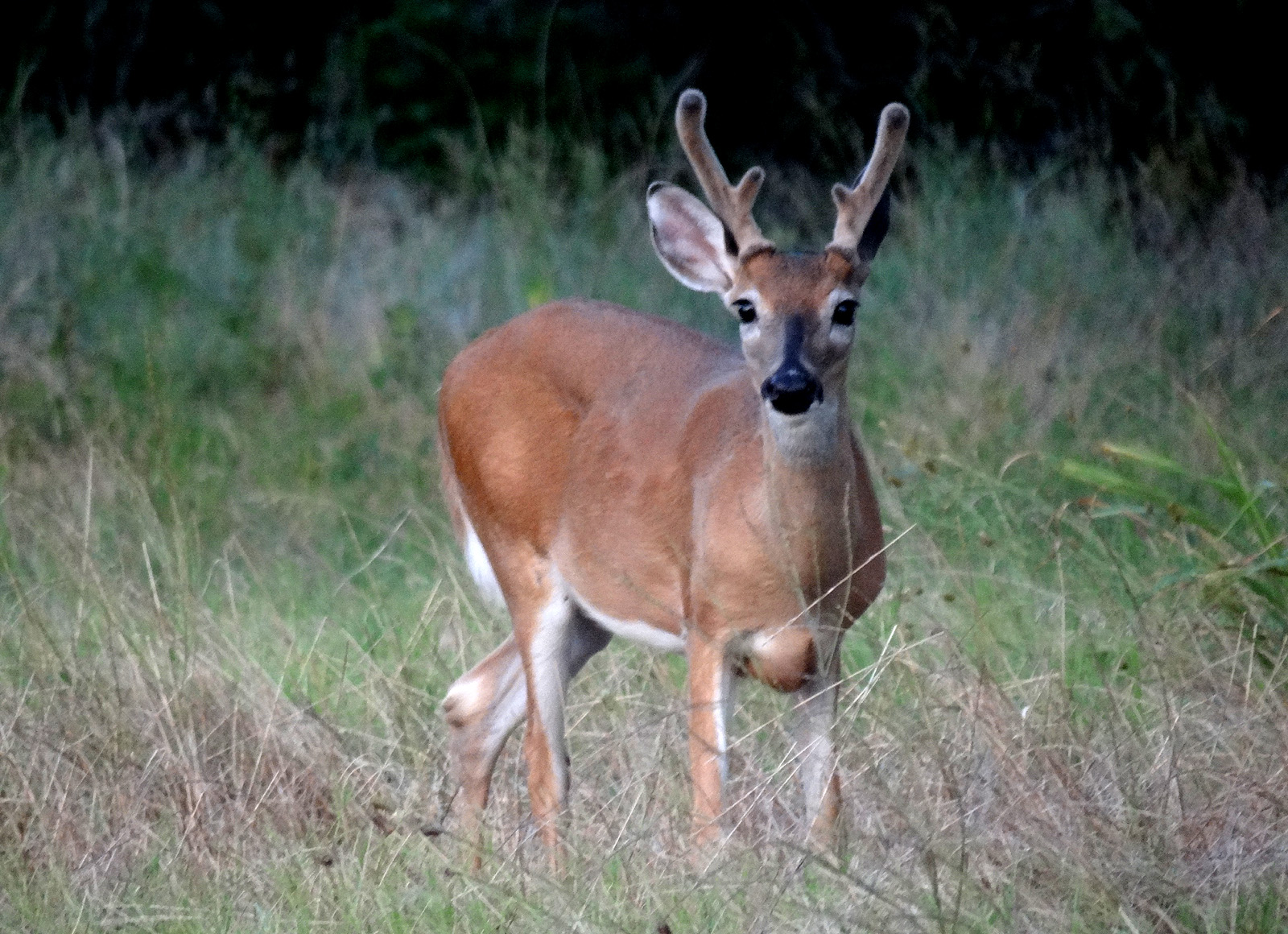 Here is a nice longhead doe. Her milk sack is visible. 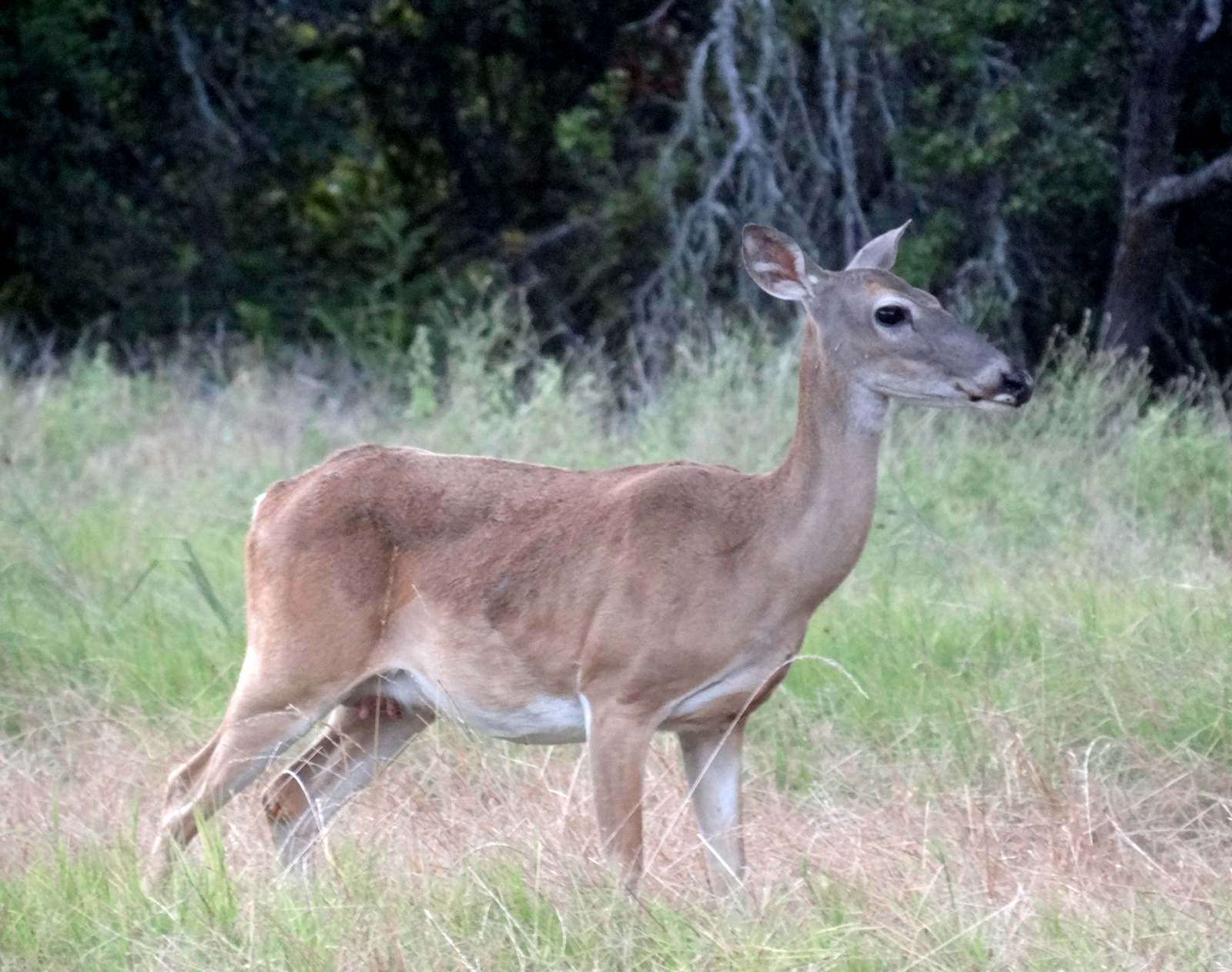 And BINGO! At the edge of where I can see on the right side of the blind I spotted a buck with a very nice July rack in progress. I had to shift my position to get his picture. 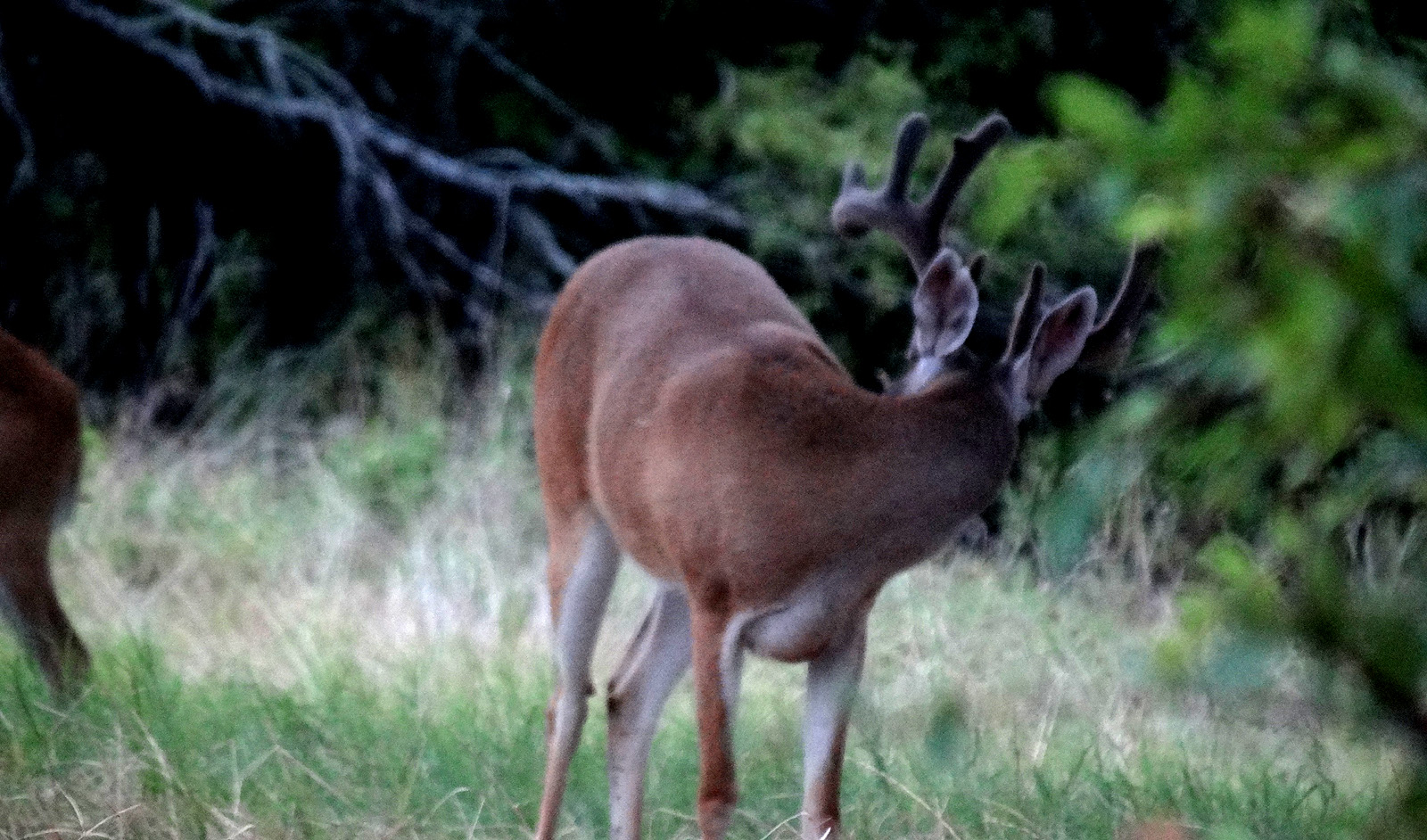 My movement registered with the buck and he shifted a little himself and stopped where he could get a good look at my blind. Good deal, he was now where I could get a better picture. 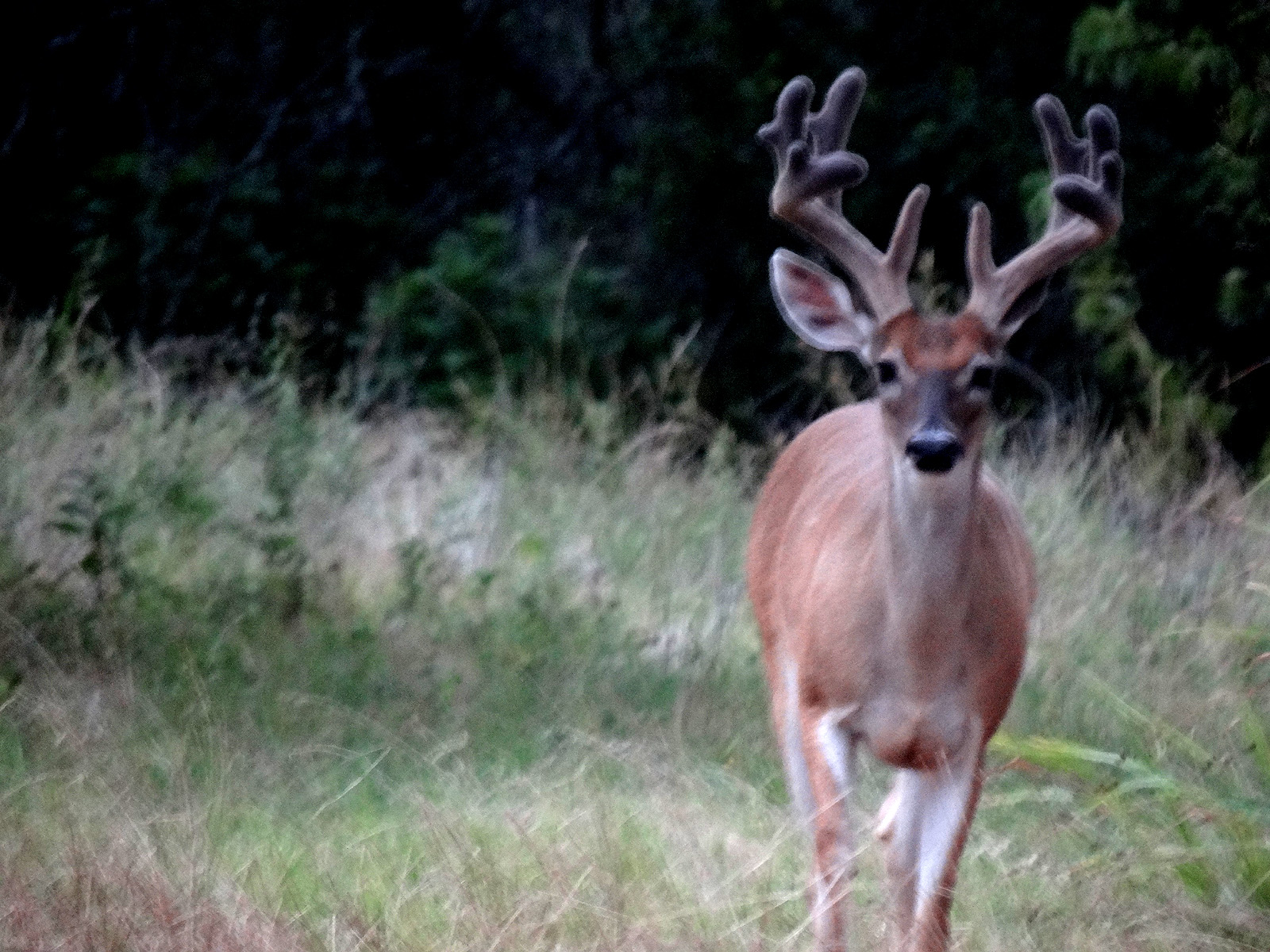 Imagine how nice his rack will look with tines twice that length. He’s a 10-point and he has some nice kickers stuck around too. If he hangs around on my property we should get some cool pictures as his rack grows during the next several weeks.