The Pros & Cons of Hunting with a Crossbow 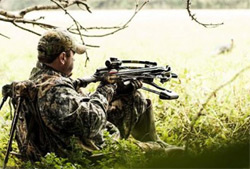 There was a time not too many years ago when crossbow hunting was restricted to those individuals who had a physical handicap that prevented them from being able to draw a compound or traditional bow. However, most U.S. states have now opened crossbow hunting to any archer who cares to take up the challenge. Consequently, both crossbow manufacturers and crossbow models have proliferated in recent years as more and more archers decide to enter the sport. However, many hunters wonder what could possibly possess an archer to choose to hunt with a crossbow instead of a compound or traditional bow? After all, crossbows are significantly heavier and far more ungainly to transport than any of the other types of bows. The fact is, crossbows do have significant advantages over the other types of bows such as they can be mastered by most any archer in a very short length of time whereas, mastering a compound, recurve, or long bow can take months or even years of practice.

One of the most important features that attracts archers to a crossbow is that once the string is drawn to a given point, it is then locked in place by the trigger mechanism and the bow is held at full draw without requiring any additional physical effort from the archer. Then, an arrow can be placed on the rail where it too is held in place by a leaf spring and when ready to fire, the archer can focus their full attention on keeping the sight steady on the target and squeezing the trigger without having to fight to hold the bow at full draw and maintain a steady aim at the same time. Consequently, because the crossbow hunter is not required to physically hold the bow at full draw themselves, they can instead concentrate on precise arrow placement and thus, hunters who shoot a crossbow are often significantly more accurate and more successful than the average compound or traditional archer. 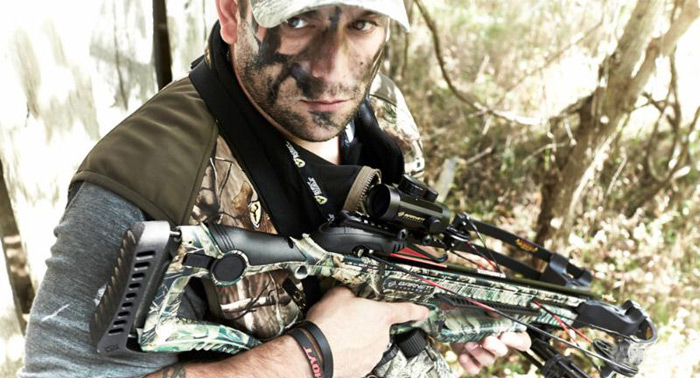 While archers using standard types of bows are usually limited to fiber optic sight pins or crosshairs at best, there are numerous manufacturers on the market who make scopes specifically designed for use with a crossbow. Therefore, in addition to the bow being held at full draw by the trigger mechanism, the crossbow hunter can have the same, highly magnified, sight picture that the rifle hunter experiences combined with a reticle specifically designed with crossbow arrows in mind that enables the archer to place their arrow precisely where they want it at any distance within their range, which on the Crossbow Ballistic Calculator best modern crossbows is well over 50 yards in the hands of a capable shooter, assuming a speed of 300 FPS or more at the muzzle (use the linked calculator to experiment).

On the other hand, shooting a crossbow does have its disadvantages. Because a crossbow essentially consists of a miniature recurve or compound bow mounted on the end of a stock, they require more materials to construct which makes them somewhat heavier, bulkier and more awkward to transport than any of the other types of bows.  Furthermore, because the bow is mounted on the front end of the bow stock, crossbows are front heavy making it a bit difficult to maintain a steady aim. In an effort to produce lighter crossbows, some manufacturers are now using ultra-light materials such as carbon fiber for their bow stocks and bow risers combined with lightweight, quad, bow limb designs but, such materials are not cheap and thus, neither are the crossbows made from them. 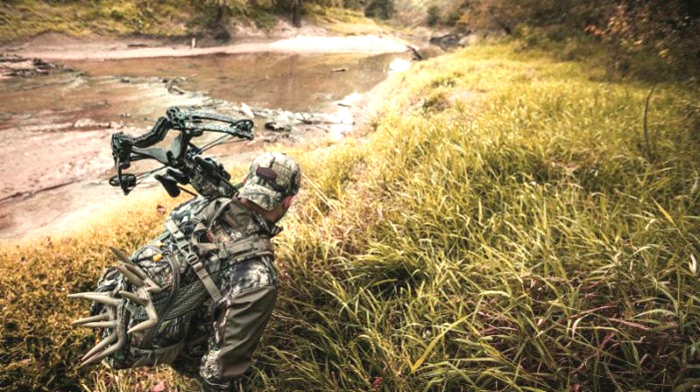 In addition, in an effort to make the crossbow less front heavy as well as somewhat less bulky, some manufacturers have designed something called a reverse draw crossbow where the bow’s riser has been flipped over and then repositioned near the rear of the bow stock just forward of the trigger such that the belly of the bow faces forward instead of back. Plus, manufacturers have also radically repositioned the limbs on these ‘reverse’ crossbows so they are nearly parallel to the sides of the bow stock when the bow is drawn which significantly reduces their width and improves the center of gravity. However, even though this bow design is drawn in reverse, the bow’s string is still drawn front to back along the rail and held in place in the traditional position at the back of the bow stock and thus, the arrow is still fired in the traditional manor by pulling the trigger. Consequently, this type of crossbow not only has significantly better balance than the traditional design, it also tends to be somewhat less bulky and thus, it goes a long way toward alleviating the two main problems associated with standard crossbow design.

So, if you are one of those people who is fascinated with the idea of harvesting your favorite game species with a bow and arrow as well as having a significantly extended hunting season then a crossbow may very well be the perfect answer for you.  Even though a crossbow is easier than other types of bows to become proficient with, you will still need to practice regularly to lean to accurately gauge yardage and to learn your arrow’s flight path. Fortunately, part of the fun of owning a crossbow is that when you are not actively hunting, you can hone your skills in your backyard by target shooting. As such, when you consider the ease of operation combined with the pinpoint accuracy that can be achieved with a crossbow, it is no wonder that so many new archers are choosing it.

For more please go to: www.bestrecurvebowguide.com.