You Can’t Go Back? Really? Frank Did. 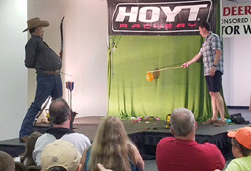 There’s an old saying that says “you can’t go back” but that’s exactly what I did August 12-14, 2016. I went back 31 years to a show that I did when my archery exhibition career first started. Hugh Crittenden started the Virginia Outdoor Sportsman Show 33 years ago and I was featured at his second show doing my “bow and arrow razzle dazzle”. I was honored to be invited back 31 years later.

Jim Wynne is a long time Addington family friend. We have known Jim since 1978 when he first called on our family’s archery shop while being a factory rep for ProLine Bows. When Easton purchased the Hoyt bow company from Earl and Ann Hoyt in the 1980’s, Jim eventually was hired as a sales rep for the bow line. Around the same time I became a protégé of the late Rev Stacy Groscup and began doing instinctive archery shows.

One thing lead to another and thanks to a kind word from Jim I went on to the original Hoyt/Easton pro staff. Jim began to help promote my shows to some of the big sport shows and I eventually started to perform at shows like the Dixie Deer Classic and other venues. Jim even talked Hugh Crittenden into booking me for his second show and that was one of the first big shows I ever did.

On Sunday, August 14 I was honored to have Jim Wynne and his family come to the show. Jim had thrown targets for me at that original show 31 years ago so this time I asked his son Jimmy to throw for me. Jimmy did a great job and I ended the show by splitting some mustard seeds with my arrows from behind my back!

I had a photo made with Hugh and Jim for old times sake. It sure was nice to go back and do this event again. The original show had been housed in the Show Place which is now a Roses department store. The new show is at the Richmond Motor Raceway Complex. 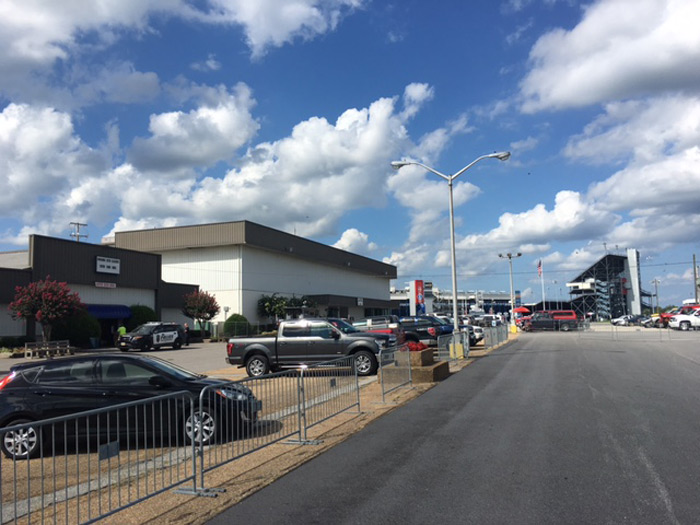 Two gentlemen that attended my show at this event had actually seen my show 31 years ago! That made my day. When I asked Mr. Stuart what was different between the two shows he replied,” You don’t seem as nervous now..” That made me laugh. Yes, after 31 years the butterflies are gone.

I would like to thank everyone that attended the show. I hope you had fun. I want to thank Jim Wynne and his wife Mary for attending and bringing their family. It was fun to meet their kid’s spouses and their kids. I did miss Jason Wynne, who didn’t make it. Hopefully I will see him again soon.

Sadly this will be my last time working with Hugh, after 33 years of running a great and well known show, he has sold the show. It will continue under new management. I appreciate him bringing me back, it was a great walk down memory lane for me and brought my show full circle. Thanks Hugh, you my friend are a class act. Special thanks to Jimmy from the show staff that helped me all weekend and all my throwers, the audiences and for all the kind words and comments. Thanks to my sponsors and Jim Wynne for playing such a huge role in my early career.

So yes, you can go back. Things, people and places can change but somethings remain the same. It was great to be back on stage at a show I did when I first started my career. I hope to be back there again soon.