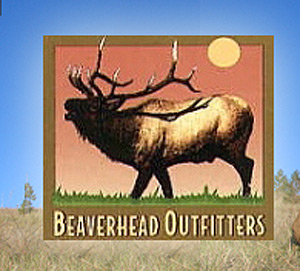 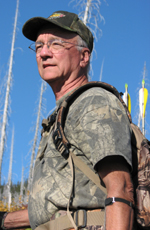 I loved my job as a wildlife professor, but one of my greatest hunting regrets is that it kept me from hunting elk.  Great elk hunting in the West takes place those first three weeks of September, and that is right when the fall semester begins.  No way could I take off to hunt elk.  There was one year that I was able to sneak off for a five-day bowhunt to Montana, but you just can’t do an elk hunt in five days unless you are very lucky.  I wasn’t lucky.

There were several reasons I retired early (I guess that putting in 30 years as a professor at West Virginia University doesn’t mean I retired ‘early’ but most university professors do not retire when they are 58 years old, so by that standard, it was ‘early’.  One was because I wanted to devote more time to outdoor writing.  But another major reason was that I wanted to do some bowhunts that had eluded me as a wildlife professor.  When I retired in 1998, I made a ‘top 5’ list of species I wanted to bowhunt.  Right at the top was the elk, followed by buffalo, mountain goats, Boone and Crockett-sized antelope, and moose (not in any particular order).  And so it was that I applied for an elk tag for New Mexico.  My research showed that at that time the best state for a big bull was Arizona, but getting drawn there would take years because you had to build up points.  New Mexico was next on my list, and although getting drawn in the better Units was chancy, I gave it a try.  With only a 12 percent chance of getting drawn in the Unit to which I applied, guess what?  Yes!  What follows is a story of that bowhunt.  It was a great adventure and one of the highlights of my bowhunting career.  Not because I shot one of those monster elk you see on television, because my elk wasn’t that big.  But he was a good one and this 2000 hunt itself was magical for several reasons.   The country was fantastic and I had a great guide.

My chances for drawing a mid-September elk permit in this central New Mexico area were nil, but darned if I didn’t get lucky.  I couldn’t believe it when outfitter Ken Swaim of Beaverhead Outfitters called with the news.  Then he threw cold water on the hunt by noting that New Mexico was going through the worst drought in history and that this curbed the rut.  When I arrived at his log home near the Gila National Forest for my bowhunt, the news got worse.

Most water holes were gone and no wallows were open.  The relatively hot weather meant that bugling activity was nonexistent making hunting very difficult.  But there was some luck on my side.  I discovered that Ken had assigned Bill King to be my guide.  I knew nothing about Bill King at the time but I’d soon learn that I’d struck the mother lode of ethical, knowledgeable guides with Bill.  If you were writing a field manual on all the qualities that an elk guide should possess, that book would easily describe Bill King.

Bill was quiet, with a bit of a smile.  Friendly and a great guy.  A locksmith in the off season, married with children and a die-hard bowhunter with several monster elk to his credit (when I say ‘monsters’, I really mean ‘monsters’.  Two of Bill’s bulls scored over 400 inches.).  Bill had been raised in the area and he knew it like the back of his hand.  In essence we were bowhunting in Bill’s back yard.  And great country it was.  Mostly open forests, hilly, with mixed pines and scattered areas of thick cover and dark timber.  Sure, there were mountains but considering we were chasing elk, it was pretty easy hunting.

During the week I’d learn that Bill had many great qualities for a guide.  First, it was obvious that he cared about his clients.  I’m a novice when it comes to elk, in fact I’d never loosed an arrow at an elk.  Bill went out of his way to teach me as we hunted.  He had other good-guide qualities.  He knew the area extremely well and he cared about it too.  In the off season he often camped there with his family and cleaned up trash as part of those weekend trips.  Additionally he knew where the elk moved and their rutting behavior.

Bill was patient and knew what the client could do and what they could not do.  For example I had some arrhythmia where my heart would beat erratically. When I told Bill that my heart sometimes beats very slowly, he knew that when that happened we would have to take the hills a bit slower, even if we were stalking the new world record bull.  Doctors’ orders.  He also developed a good idea of my shooting abilities and this proved to be a factor in our successful hunt.  He was a walking field guide to the elk in the area and I was tickled to be hunting with him.

Our first morning proved to be typical of the hunt.  Bulls would bugle a little just at daylight, then they’d quit by 8 A. M..  Maybe it was nature’s way.  With no rain, grass production was low.  This meant that all elk, especially cows with calves, would have a tough time in the spring so maybe the elk were compensating with little rut activity.  Two bulls were bugling but they stayed ahead of us moving up the valley into the darker timber.  Then they simply shut up.  In the evening Bill put me in a tree stand at Indian Water Hole.  I saw no bulls but did keep busy watching fourteen turkeys, several cow elk, and six javelina.  Bill also spotted a black bear as he waited for me around one-half mile from the water hole.

The second morning we went to the head of the valley.  Again we heard two different bulls but around 8:00 A. M. they went quiet.  A huge herd of elk was spotted coming over the open ridge into the valley floor and an hour was spent moving into the area.  Bill cow talked and ‘clunked’ and he also rattled with some tree limbs.  We got very close, the wind changed, and a herd of over 125 elk went over the mountain.  There was one really good bull in that bunch but with 125 noses and 250 eyes helping him, it was an impossible situation.

The rest of the morning was spent hiking and driving to several water holes in the area.  These cattle water holes were scattered throughout the area and elk were using them.  But most were in the open and tracks showed elk circling the holes before coming in.  Thus they’d wind us no matter how we attempted to set up.

On the third evening we hiked a ridge and waited for bulls to bugle as they left their beds to move down the mountain.  Sure enough just before dark a bull bugled and we got within 100 yards.  But he spotted us; a nice 6 x 6 bull traveling alone.

Day four again found us on the ridge at the head of the valley where the bulls had bugled the first two mornings.  There were plenty of elk beds in the big timber and the strong smell of elk was in the air.  Bill explained that elk leaving the valley headed for their day beds would often bugle when they hit the big timber . . .sort of a challenge to any other bulls that might be bedding in the same area.  We took up a stand on a finger ridge that sprung off the main ridge to wait.