Arkansas Bears Slamming the Bait & Starting to Bait in Oklahoma 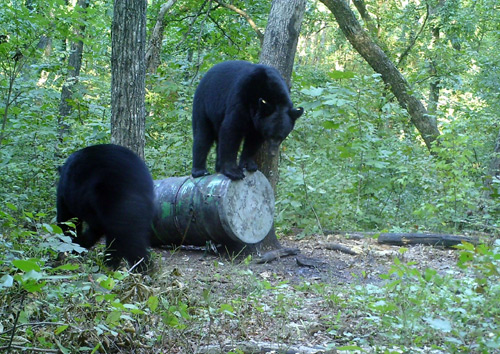 As an update on our Arkansas bear baiting, four of five baits have been hit, and hit hard. Our new bait has yet to produce a bear, but that isn’t too surprising at this stage. We’ve got some really nice bears coming in and I’ve included a few pictures from one of our baits. Within a short period of time we had at least six different adult bears coming, including one giant (but only at night). This bear has been coming to this bait for years and but only once during legal shooting light have I got a picture. This isn’t necessarily our best bait, but it’s the only pictures that I’ve seen, as James, my bear baiting partner, has been checking the other cameras. As some of you may know, I bait about two-hours drive from where I live here in Arkansas.

Our season opens on September 24th, so we’ve got less than 10 days. Next week I will start adding pork fat to keep the bears interested. I call this my “bait switch” technique. I will keep feeding them the same thing, but add something totally new from a different food category (protein). You can buy pork fat from just about any butcher. Secondly, my 13-year old daughter, River will be hunting my number one stand this season. I will be sitting with her in hopes that she’ll get a crack at her first black bear. That being said, I’m not going to let her shoot a giant if one walks in. I’ve never been the type of parent that wanted my kid to kill a giant animal on their first hunt. My kids will have to earn their big bears, and I don’t want to make it too easy. My dad helped me a TON in my hunting, but nothing was ever handed to me on silver platter and I think that has made all the difference. River has killed several deer, but this will be her first bear hunt. If a big one walks in I will be shooting it and she’ll be watching. This has been clearly stated from the beginning and I am not the slightest bit ashamed of my position. 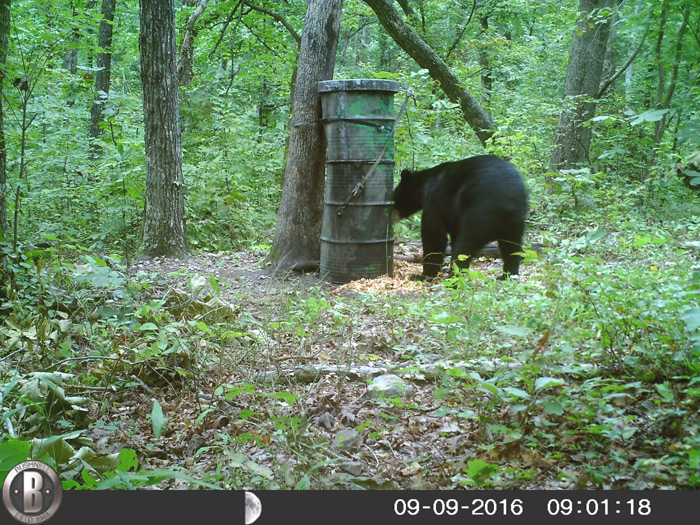 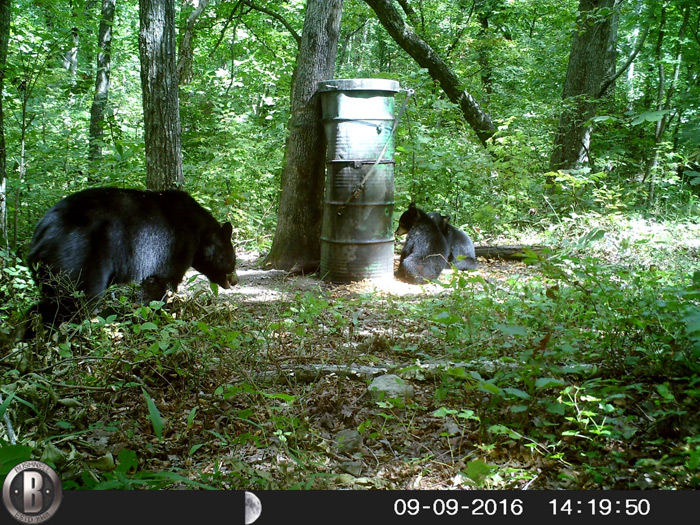 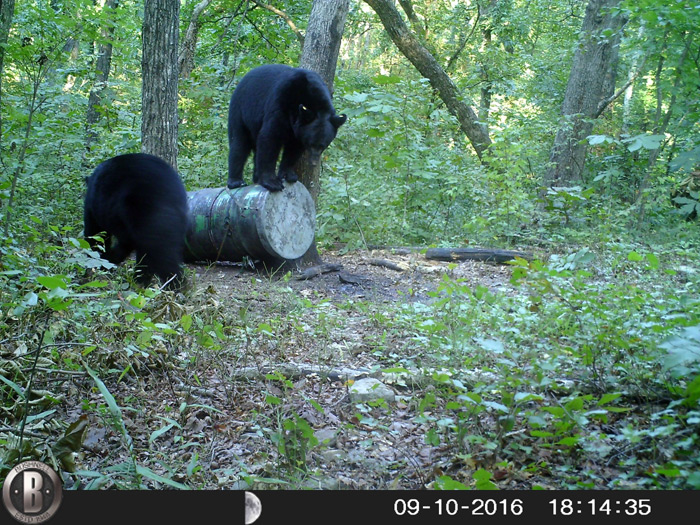 In the Ouachitas and Ozarks of Arkansas, the mast crop seems spotty. There are plenty of acorns, but they aren’t everywhere. This should make for a good season opener, considering that it will be “early” this year – September 24th. The AGFC has decided to let our bear season open with the deer season, which is now the fourth Saturday in September. In the cycle of the calendar, this is probably the earliest season opener we’ll have until the AGFC gives us back our September 15th opener in Zone 2. I do believe that we’ll have it back one day, because it does make management sense. In Zone 2 we’ve only met the quota two years in the last 15 seasons. The most recent population study indicated an increasing bear population all across the state of Arkansas. Thirdly, from a boots-on-the-ground management perspective, I’ve talked with multiple people in Zone 2 that have LOTS of young bears on bait. One of my friends currently has three baits and is feeding 14 first-year cubs. It appears that the population is expanding rapidly.

Thirdly, the data from the last several years has indicated a healthy sow harvest. This was originally why they took away the September 15th opener – too heavy of a sow harvest. The earlier in the fall you hunt, typically, the heavier the sow harvest. However, hunters are becoming more conscious about not harvesting sows and targeting males. Additionally, the years of heavy sow harvest were only on years when we had a gun season during the first two days. Since they did away with the gun season, the sow harvest has been reduced to acceptable numbers. We appreciate what the AGFC is doing with our bears, and we hope that they’ll realize the early opener is beneficial in Zone 2 for us to kill mature boar bears and reach the target harvest goal of 150 bears. This would be a management win for parties involved.

We started baiting Oklahoma this week, too. The Oklahoma season opener is a week later than the Arkansas opener, so we started baiting a week later. If you watched Bear Horizon last year, you would have seen me arrow a Boone and Crockett bear which is currently ranked #2 in Oklahoma in the BC record books. I will be baiting the same spot, but we moved the bait about 50 yards away. I believe the new location will be slightly better for scent control, as it’s right on top of a knob. Secondly, the stand was directly in the sun last year and it was hard to make a long sit staring directly into the sun. I have high expectations on this site, so we’ll see if some big bears show back up this season. I will show you some pictures next week.

Hunters For Trump: Protecting Our Rights

Where Else Are The Bucks? The Plan To Find That Out!