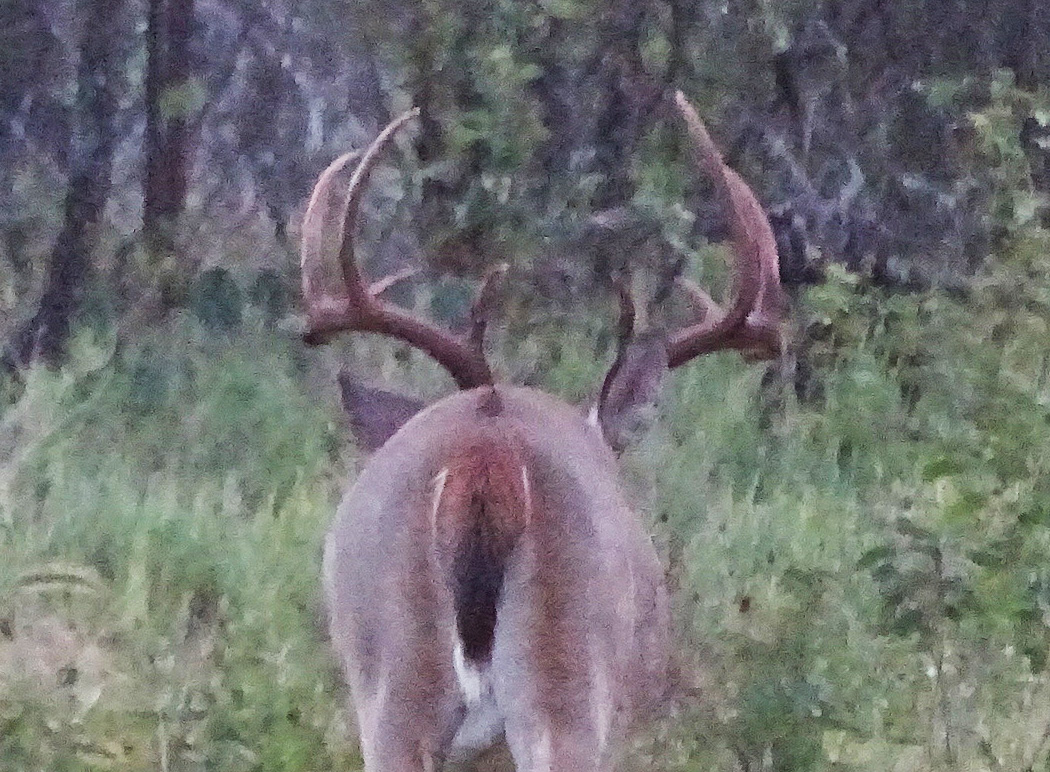 Even The Big Bucks Get Ignored!

After the velvet goes, some things about the bucks behavior change. For instance, the buck I call Claw Head made one trip to my area, at least when I was on post. He was looking good in his 2016 velvet covered antlers. Weight wise he had thinned up some, particularly in his neck and front shoulders.
People tell me that’s because of the summer heat. But I give that school of thought a pass, I think it’s because they spent a few months where they were not rubbing on trees or sparring with other bucks. It’s the lack of exercise because their antlers fell off. Plus it took a while for the new antlers to get growed back.

With one exception when I saw him and got a few pictures of him in velvet, Claw Head stayed off the grid. That had me concerned because Claw Head has been in my area for 4 years running as one of the dominate mature bucks.

I was very pleased to see him walk over the hill to the south east and come on down to my food plot area. His brow tines are unique, the ends of the brow tines make a sharp turn towards each other. I can always tell it’s him because of those brow tines. (You can see them in the picture below.) 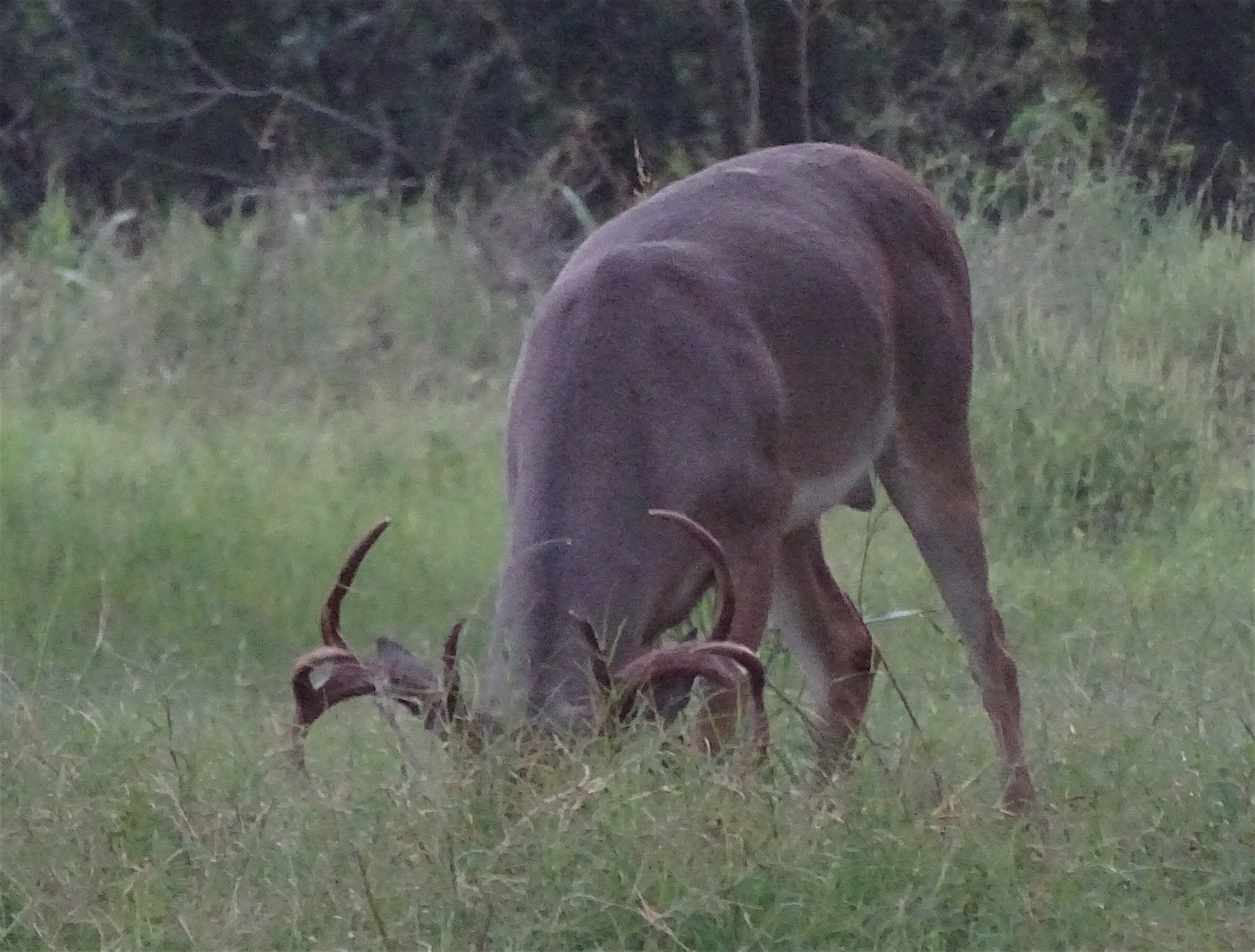 A doe came out in the plot and when Claw Head noticed her he gradually moved over by her. 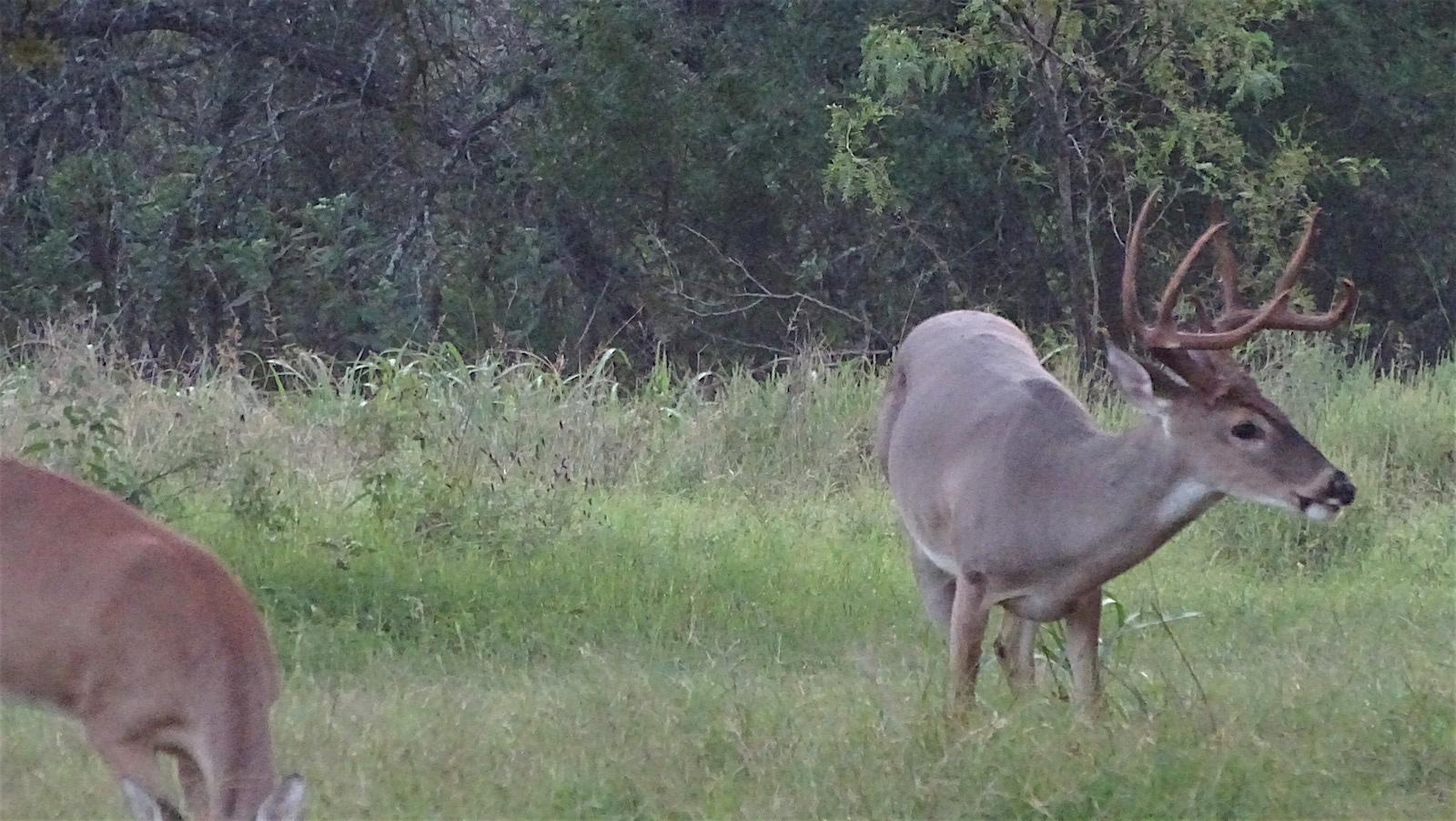 She paid him no attention and browsed on down. Being an aggressive buck by nature, Claw Head walked over to the doe. 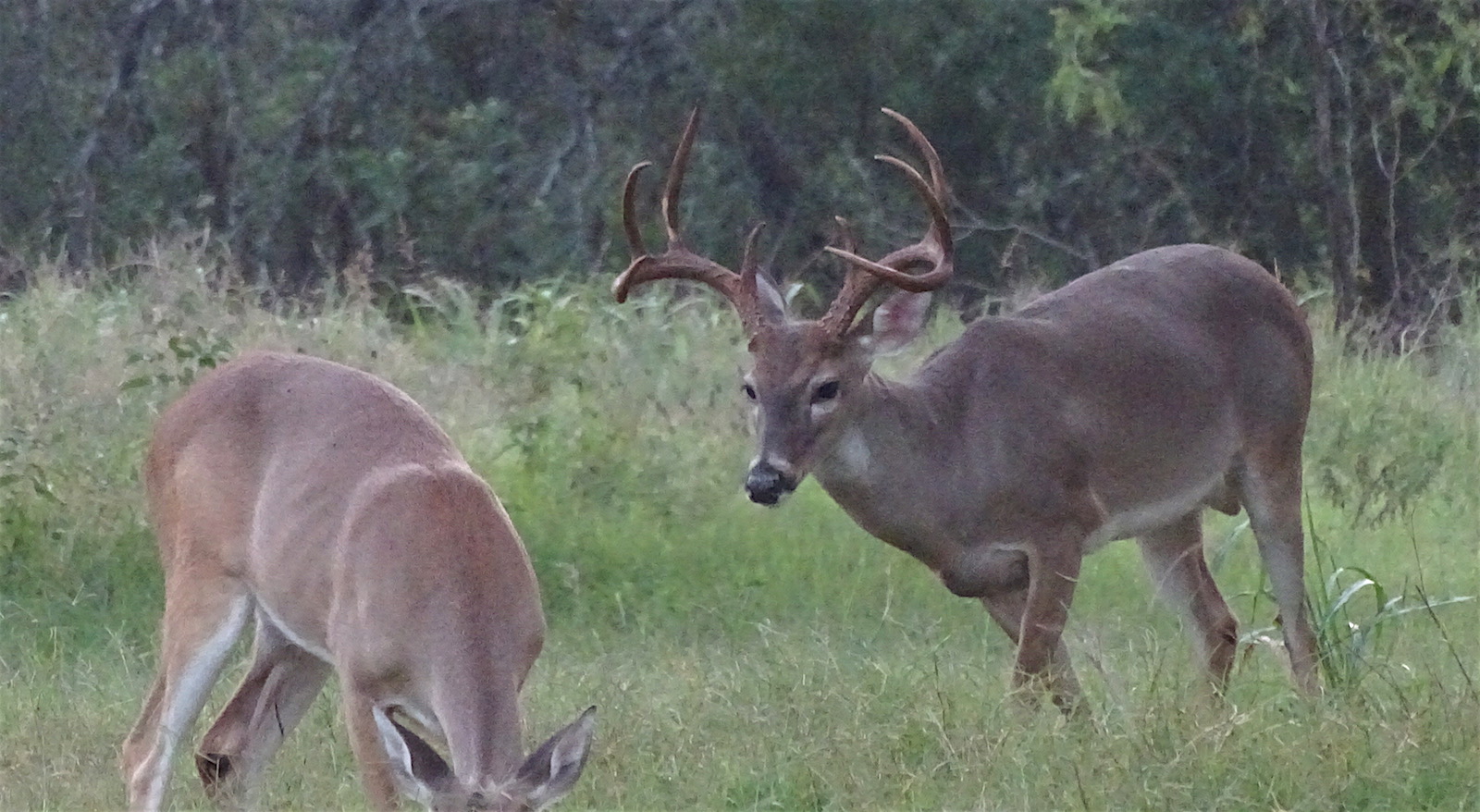 Now you may believe it’s too early for bucks to be thinking about the lady deer but I promise you from the time their velvet is preparing to come loose from the antlers, they are thinking about the does. They regularly approach does and sometimes chase them around. And their favorite kind of does to approach are ones with dark hocks like the one in these pictures. 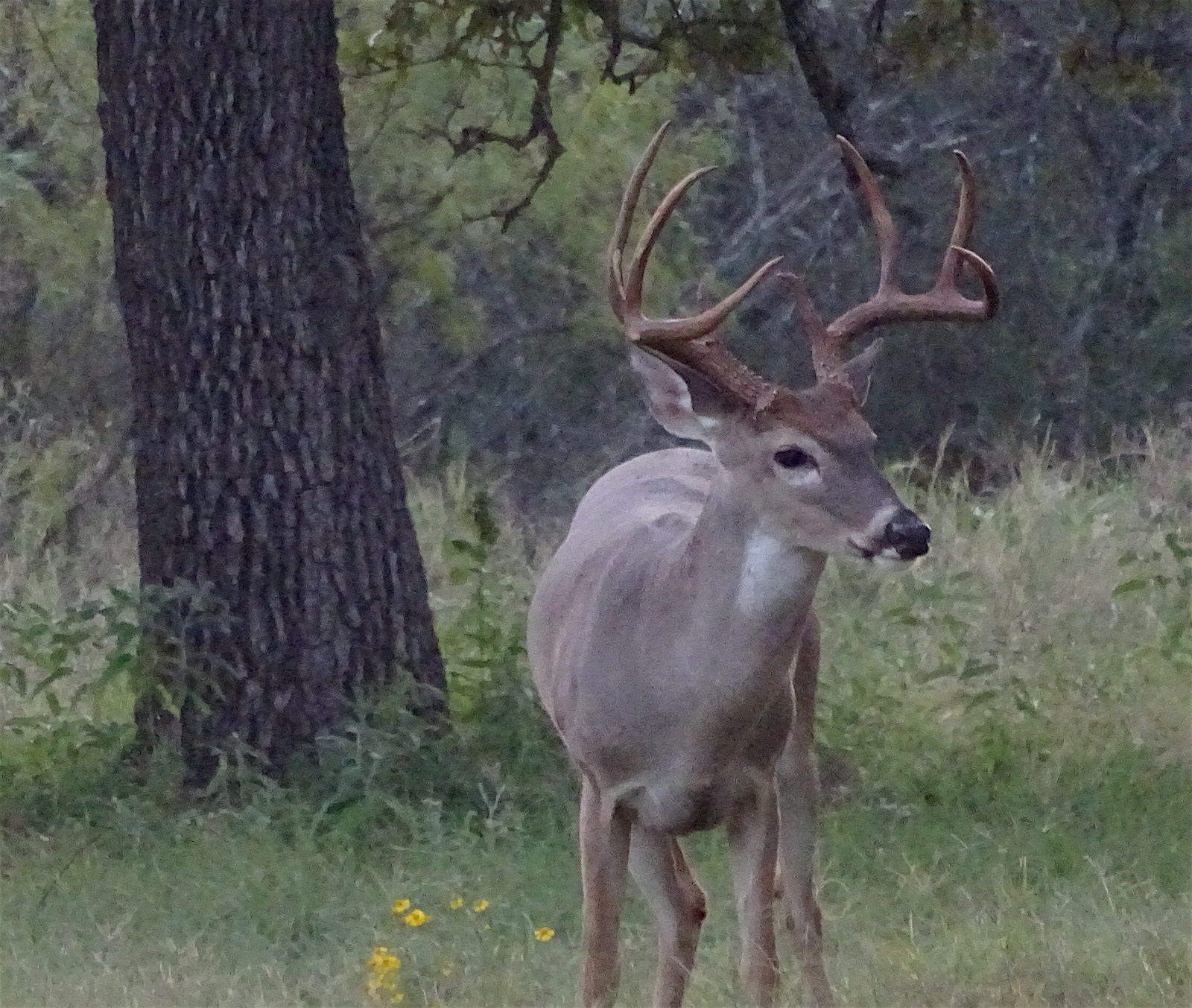 But this doe was not interested in having a buck in her mix this morning and she left. And so did Claw Head. 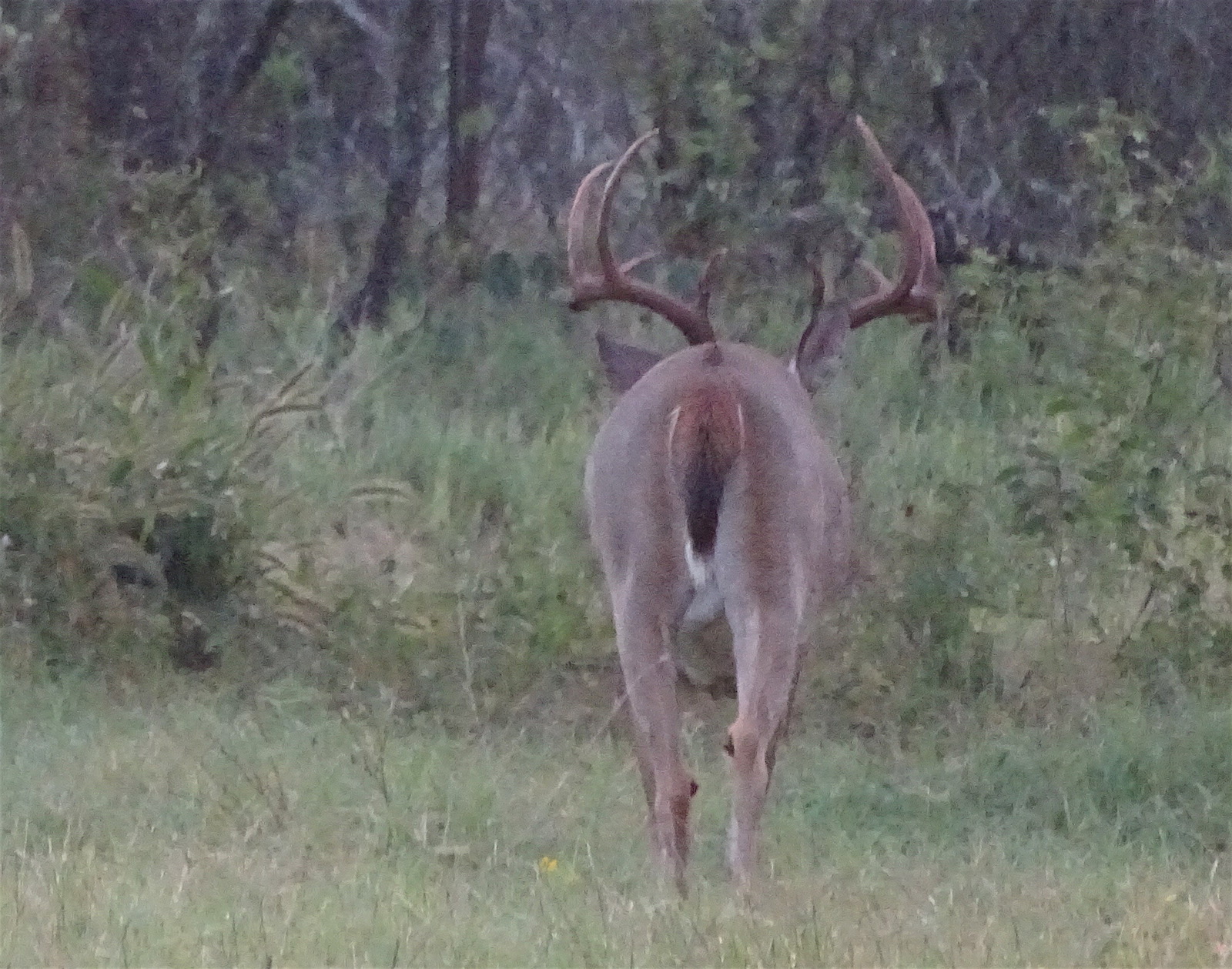 I zoomed in on him tight as he entered the woods. Those antlers not only go out past his ears they are outside his body. 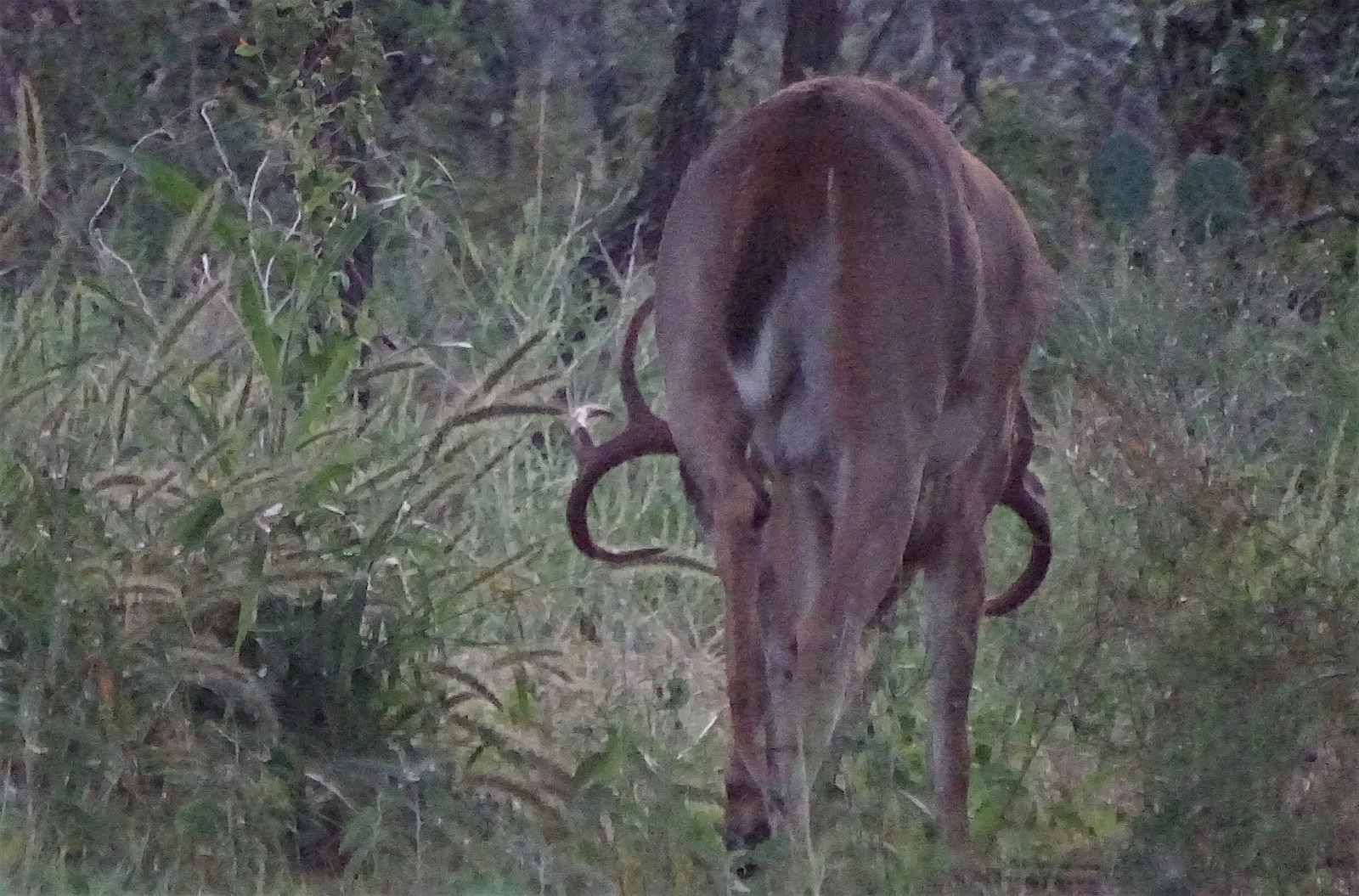 He took a left in the woods and headed north. I wonder if Claw Head will start cruising through my area or if it will be awhile before I see him again. 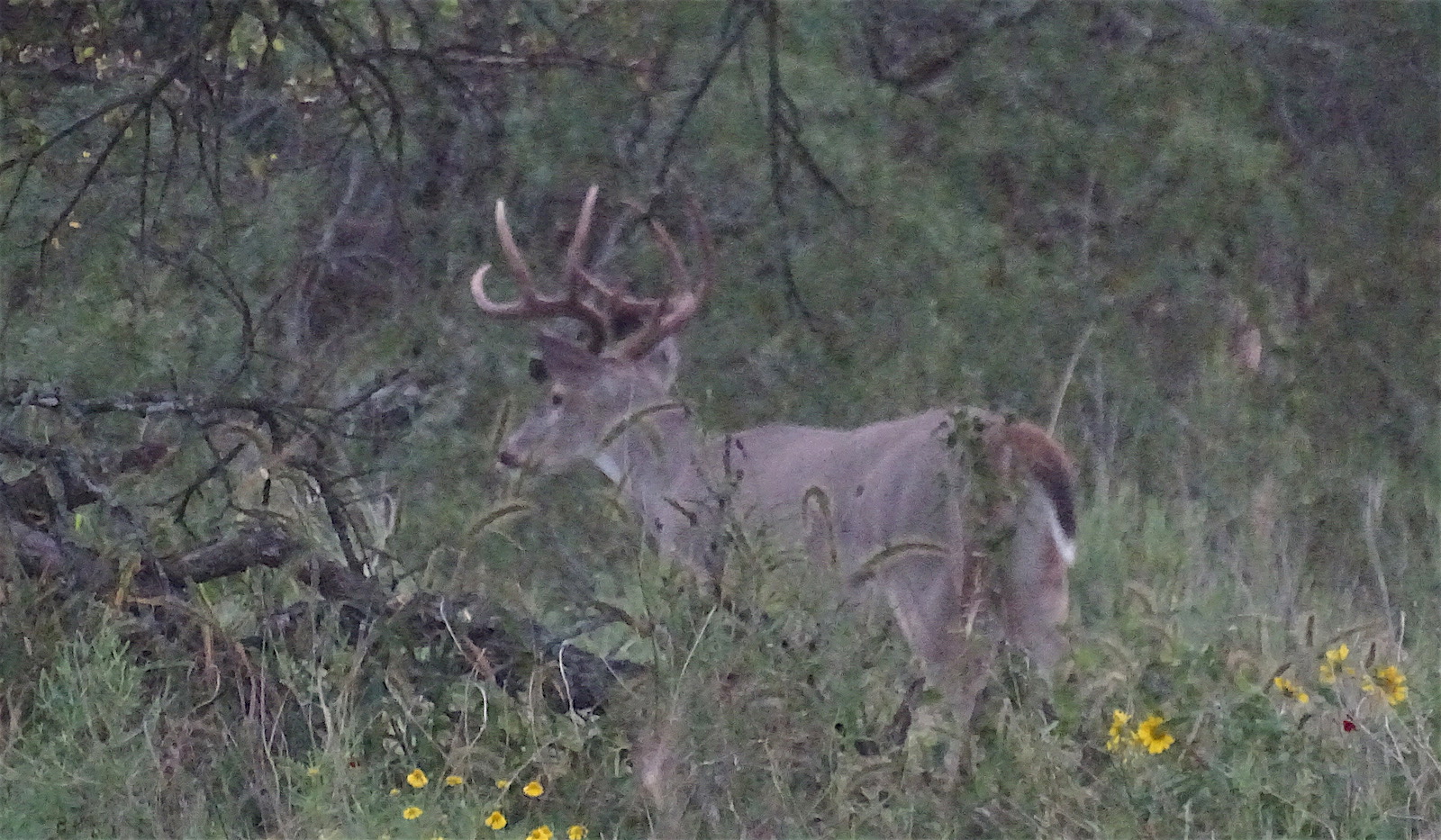